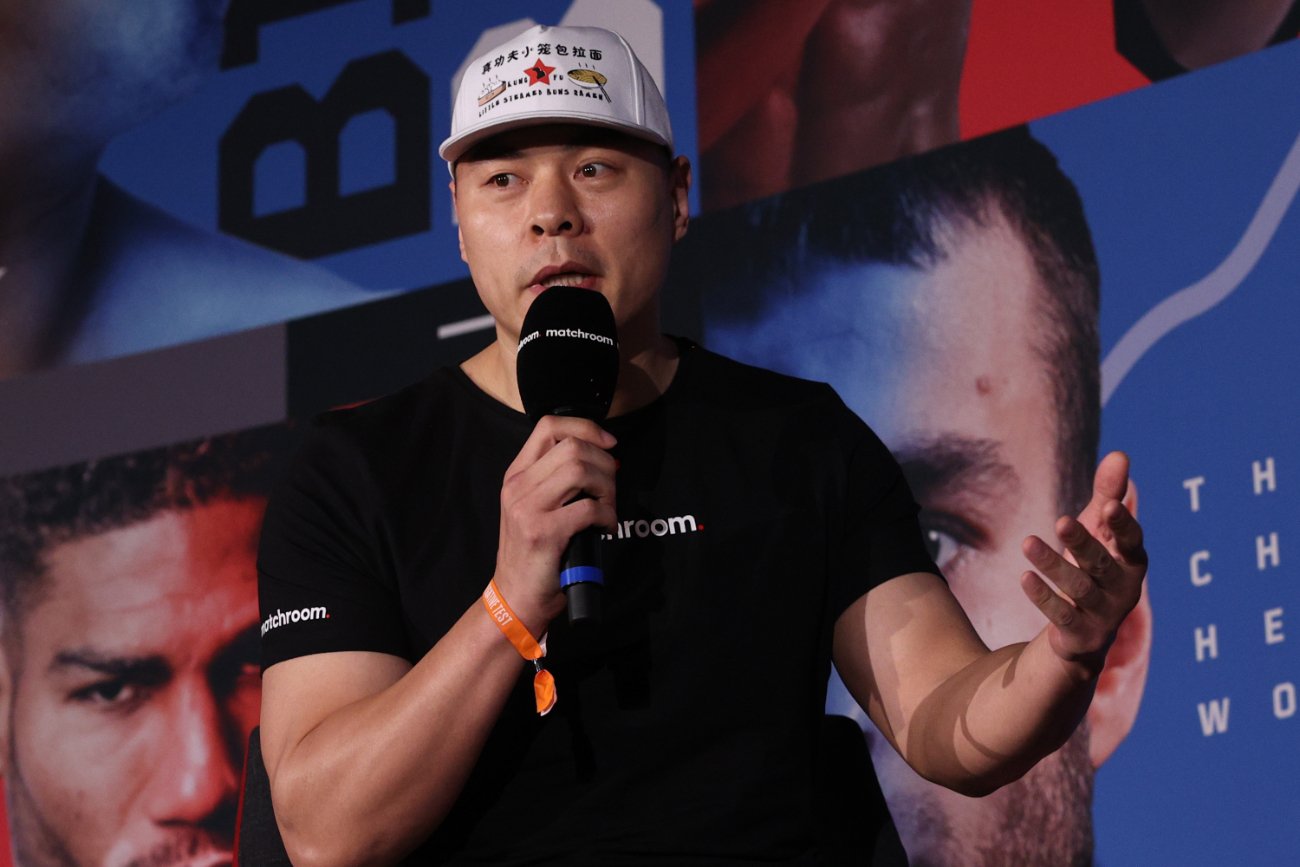 By Charles Brun: 2012 Olympian Zhilei Zhang has his eyes on a future fight against IBF/WBA/WBO heavyweight champion Anthony Joshua. The two have a history, with Joshua winning a close 15-11 fight against the Chinese super heavyweight in the 2012 London Olympics.

The six-year pro, Zhang, now lives in Bloomfield, New Jersey, and he’s looking to make a name for himself in the heavyweight division.

If Zhang can fight against Joshua, he would get a lot of visibility worldwide, and it would an interesting match-up. The huge 6’6″, 270+ lb Zhang has got the power and the southpaw stance to give Joshua many headaches.

Zhang lost a close decision to Joshua in the 2012 Olympics

The 6’6″ Zhang gave Joshua one of his hardest fights in that Olympics, and if not a knockdown, he might have beaten him. Zhang, now 37, is interested in bringing Joshua (23-1, 21 KOs) over to China in a match that would potentially be seen by over 100 million Chinese fans.

It won’t be difficult for a fight between the unbeaten Zhang (21-0, 16 KOs) and Joshua to be put together, considering that both fighters are signed with Matchroom Boxing. 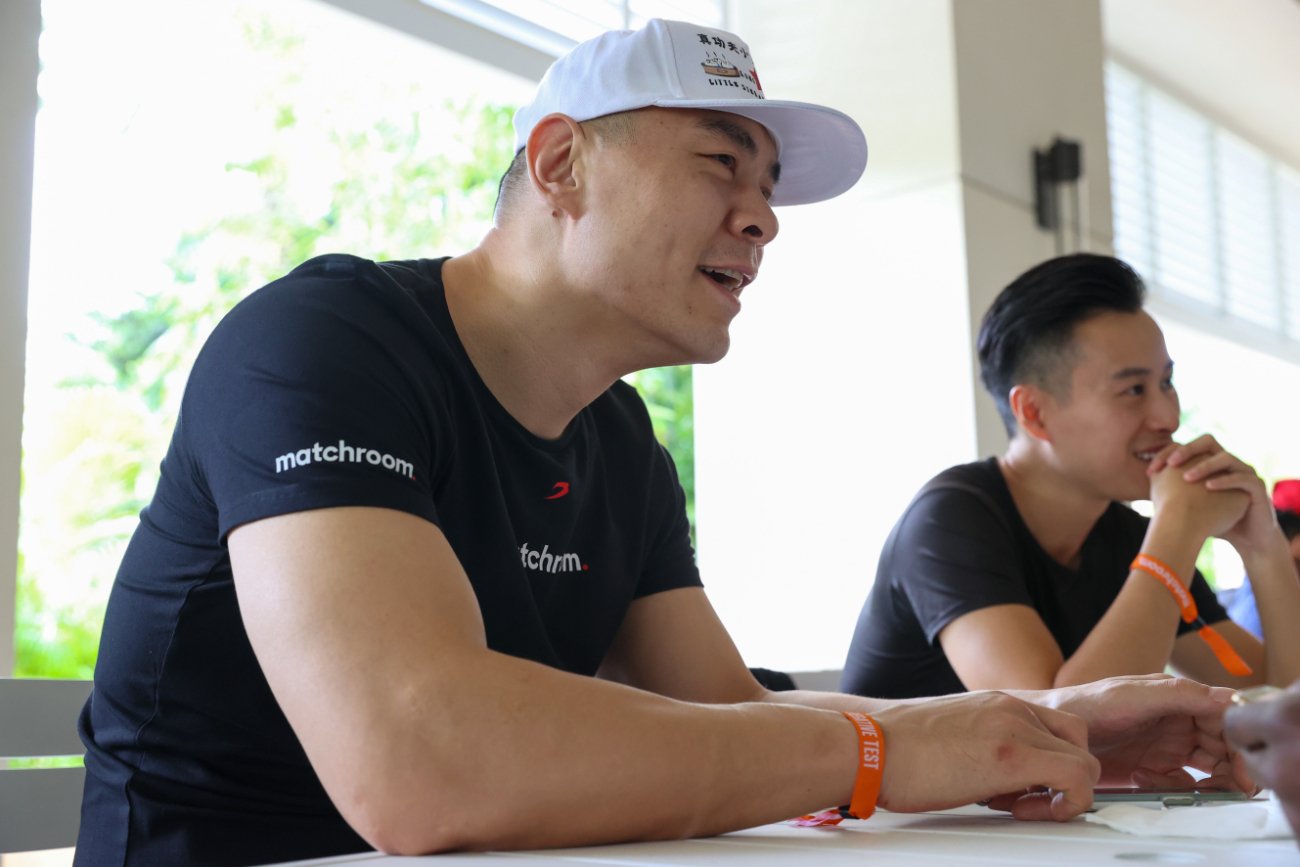 Zhang is fighting this Saturday night against 2004 U.S Olympian Devin Vargas on the Matchroom card headlined by Devin Haney vs. Yuriorkis Gamboa at the Seminole Hotel in Hollywood, Florida.

“Hundreds of millions of people in China are waiting to see a heavyweight world championship fight happen,” Zhang said to Sky Sports.

“I hope that when Chinese people talk about boxing, they talk about that fight. It will break the record if the fight can be made.”

Zhang is ranked #11 with the WBO and #15 with the IBF, making him a fringe contender. As such, if Joshua is going to defend his three titles against Zhang, it would have to ba voluntary defense because he’s nowhere close to being ranked #1 in the heavyweight division.

“Absolutely yes,” Zhang said about wanting to fight Joshua. “I said it on multiple occasions; let’s make it happen as soon as possible.”

It would be a good idea for Joshua to fight Zhang soon because he’s getting up there in age at 37.

Unfortunately for Zhang, Joshua has a full plate right now in terms of fights. He’s defending against his IBF mandatory Kubrat Pulev next on December 12th, and after that, he’ll battle WBC champion Tyson Fury twice in 2021.

Joshua has a busy schedule until 2022

At best, Zhang might be considered for a fight against Joshua in 2022, but even that would appear to be a long shot. If Joshua gets through his fights with Pulev and Tyson Fury without losing, he’ll need to face his WBO mandatory Oleksandr Usyk in 2022 if he doesn’t vacate the belt before then. 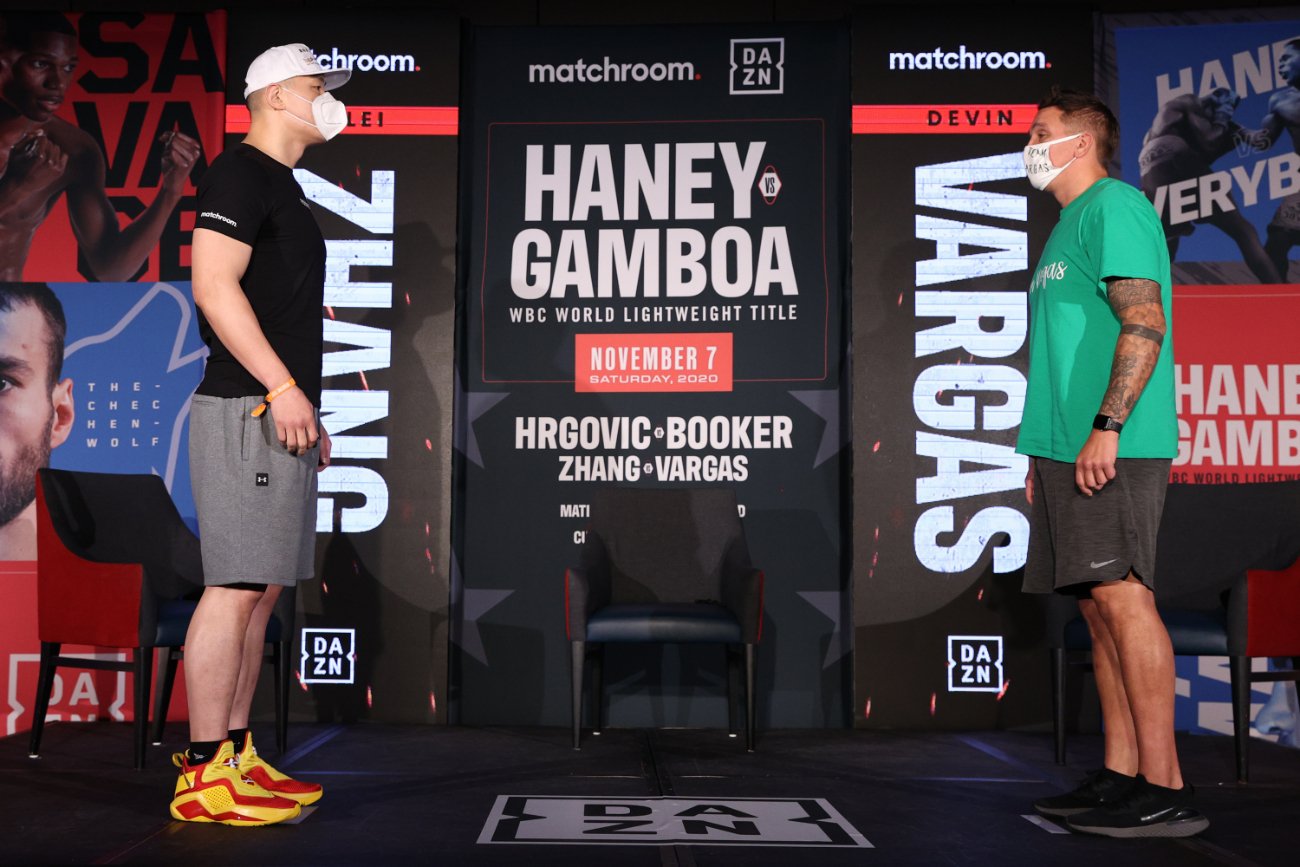 Zhang would also like to fight Fury, saying, “I heard that Fury might need someone for December? I’m here, Tyson, just a call away.”

Fury (30-0-1, 21 KOs) already has a fight that is being finalized against #15 WBC Agit Kabayel on December 5th, and he’s not going to change those plans to take on the dangerous Zhang.

This Saturday, Zhang is taking on journeyman Devin Vargas (22-6, 9 KOs) in a 10-rounders. When Vargas turned pro in 2004 after the Olympics, he was viewed as a heavyweight with a lot of promise.

Things haven’t worked out for Vargas, as he’s lost to all of these fighters:

« Felix Verdejo vs. Masayoshi Nakatani on Dec.12th on ESPN