By Charles Brun: Oleksandr Usyk is making it clear that he plans on using his WBO mandatory status to force champion Anthony Joshua to defend against him in early 2021 or give up the strap so that he can face Daniel Dubois for the vacant belt.

The undefeated boxing wiz Usyk wants his title shot by April 2021, which means Team Joshua needs to ramp up for that fight and figure out how to solve the difficult puzzle that Oleksandr will present.

Joshua will need to make a fast decision whether to keep the WBO belt and defend it against Usyk in the first quarter of 2021 or vacate it and take the money fight against Fury.

Alexander Krassyuk, the co-promoter for the unbeaten talent Usyk is ready to go after Joshua once he gets manded defense against IBF mandatory Kubrat Pulev out of the way next month on December 12th on Sky Sports Box Office.

That fight is expected to be little more than a speed bump for Joshua against the old-timer, who earned the IBF mandatory spot by beating Hughie Fury.

Joshua and his promoter Eddie Hearn were hoping to go straight into the fight with Fury (30-0-1, 21 KOs) without having to deal with the entanglements of a potentially risky fight against 2012 Olympic gold medalist Usyk, who is coming off of a 12 round unanimous decision victory over Dereck Chisora on October 31st.

Oleksandr will be ready for Joshua title shot in April

“(Usyk) will be ready to return in April 2021, and hopefully AJ will be around to comply with WBO mandatory regulations. If not, we will be fighting for the vacant WBO title with a contender appointed by WBO,” said Krassyuk to Sky Sports.

[T]he thing I can make really clear is that we will be pushing hard to put our mandatory position in effect. We need to know AJ vs Pulev winner and their strategy for the future.

“We will be pushing hard to put our mandatory position in effect.”

So there it is. Joshua will be forced to defend his WBO title against Usyk in the first half of 2021 rather than move forward to fight Fury. 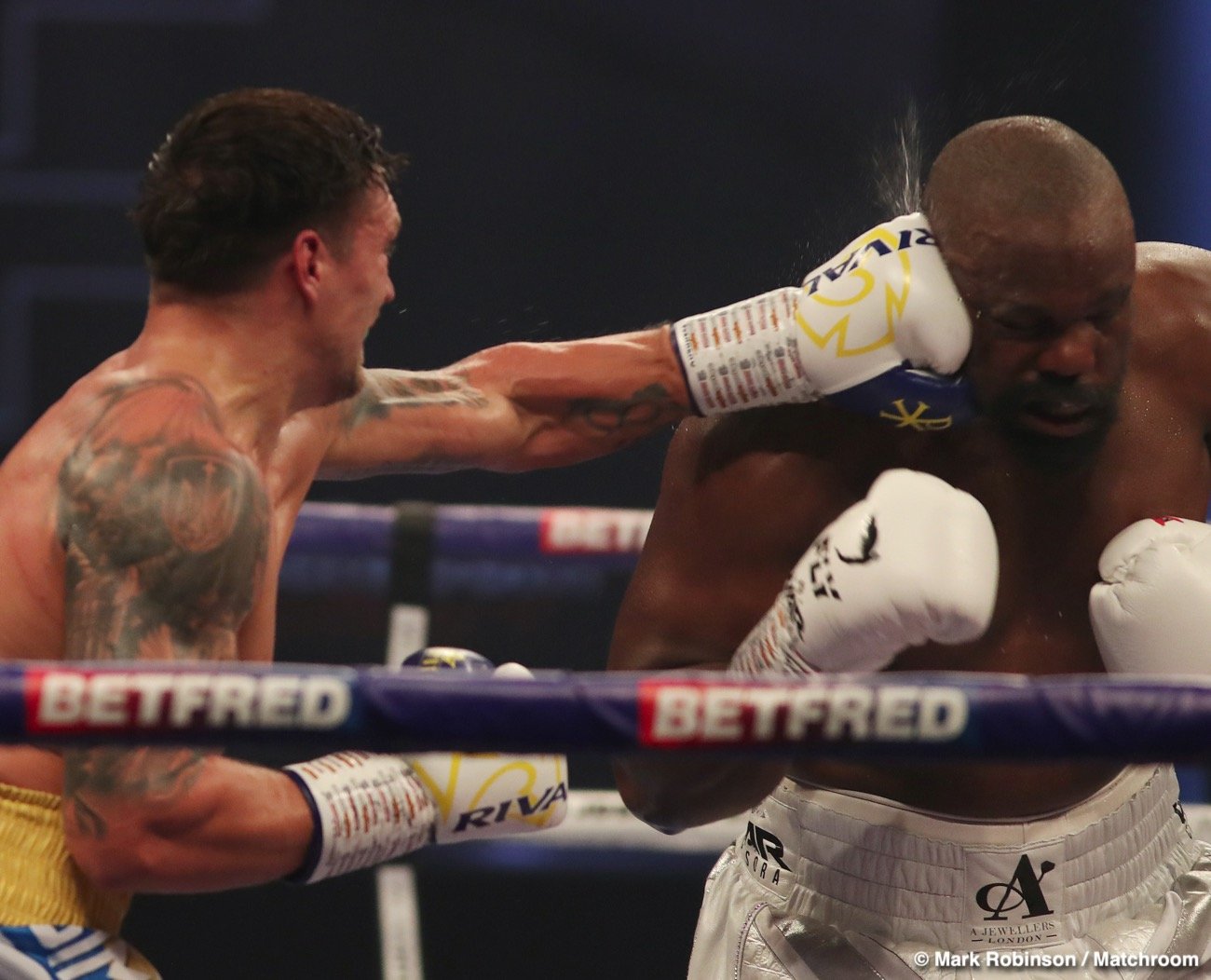 The Gypsy King Fury isn’t exactly in the position to fight Joshua in early 2021, as his situation with former WBC heavyweight champion Deontay Wilder is being decided by a mediator.

Wilder is using the arbitration resolution in his contract with Fury to force the third fight. The only reason Wilder (42-1-1, 41 KOs) has taken this path is that Fury wants to move on without fighting him a third time as part of their contract.