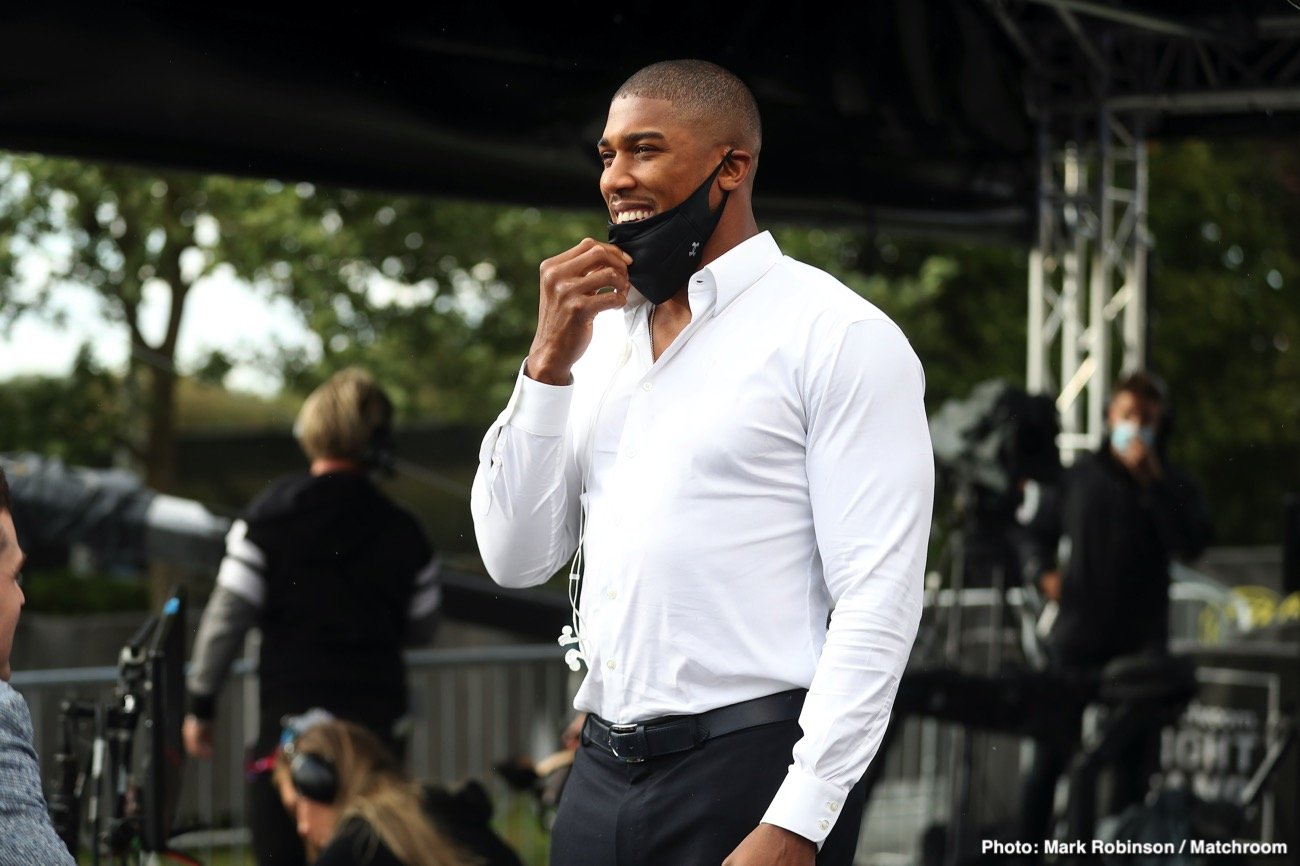 By Charles Brun: Boxing legend Mike Tyson sees trouble ahead for heavyweight world champion Anthony Joshua with the way he “telegraphs” his punches.

The former champion ‘Iron’ Mike says Joshua’s punches are easy to see, and he feels that’s going to be a problem for him when he faces Tyson Fury next year.

American Andy Ruiz Jr already took advantage of Joshua’s telegraphed shots last year in stopping him in the seventh round in their first fight in June 2019.

Although Joshua (23-1, 21 KOs) defeated Ruiz Jr by a 12 round unanimous decision in their rematch on December 7th last year in Saudi Arabia, a large factor in that win was Andy weighing in flabby at 283 1/2 pounds.

Ruiz Jr looked like he hadn’t trained properly for the fight, which allowed Joshua to use his new Wladimir Klitschko style of fighting to outbox him from the outside.

Joshua’s new fighting style was painfully boring to watch but ultimately quite effective with how he neutralized Ruiz’s faster hands and combination punching. 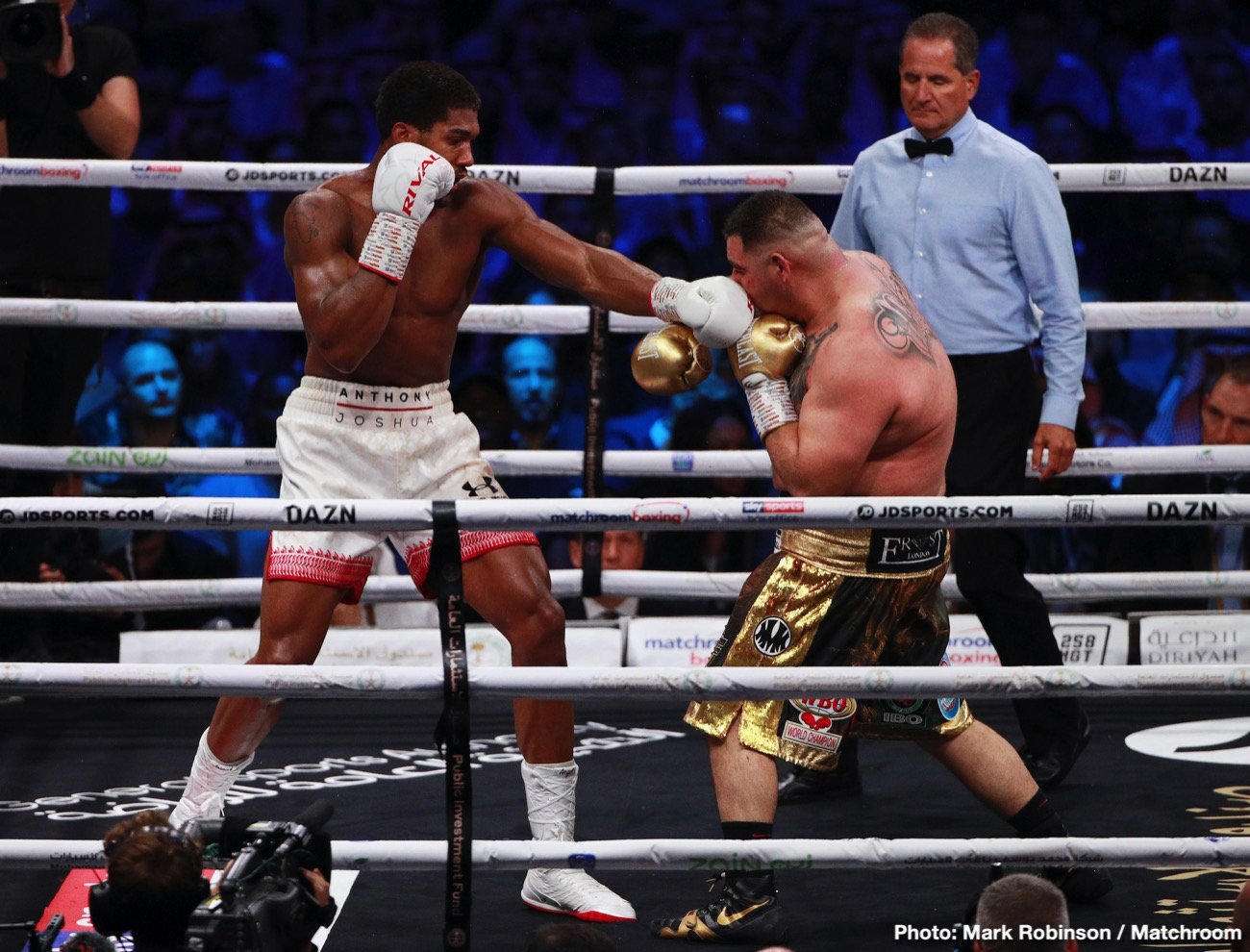 “Joshua’s a masterful puncher, but you can see his punches coming. He telegraphs his punches, that’s just a recipe for disaster if you’re fighting Fury. Telegraphing your punches for a guy who’s 6ft 7ins? Come on,” said Mike Tyson to No Passion No Point.

Fury (30-0-1, 21 KOs) could have a field day when he gets in there with Joshua in 2021, especially with him inadvertently signaling which punches he intends on throwing.

Joshua has always telegraphed his punches during his career, which’s a product of his huge 6’6″, 240+ lb frame.

Interestingly, some fans and commentators have raved about Joshua’s hand speed, but the reality is he’s never had fast hands like Mike Tyson or some of the other blazing fast heavyweights of the past.

If you look at a prime Wladimir Klitschko, he had faster hands than Joshua, and he was roughly the same size at 6’6″, 240+ lbs.

At this point, there’s nothing Joshua can do about his telegraphing of punches. He’s got so much muscle that he’s carrying on his bodybuilder frame. That’s going to take away a lot of speed.

When Joshua was younger, he had more speed when he weighed in the 220 lb region. But as a pro, Joshua has bulked up to the 240s and 250s with his weight lifting.

Tyson: Fury has the people now

“Tyson Fury is the fans’ fighter. The fans are in love with him; he has the momentum now,” said Mike Tyson. “In England, Anthony Joshua is a big thing. But Fury, he’s got the people now. That’s the truth. They’re following him like he’s the messiah.”

Fury does many boxing fans in the UK that follows him, but he’s still not as popular as Joshua is. We haven’t seen Fury fighting in front of huge stadium-sized crowds in the UK the way Joshua has during his career.

The attraction the British boxing fans have for Joshua is they like to see knockouts, and that’s something that he’s been able to supply to them up until recently when he ran into Ruiz Jr.

If Fury beats Joshua next year, he’ll take over the #1 spot in the UK, and you can expect the fans to start showing up for his fights in large numbers.

It’s possible that Fury still won’t be as popular as Joshua even if he beats him twice in 2021, and that’s because he’s got a blue-collar type of fighting style. Fury doesn’t look spectacular in winning his fights the way that Lennox Lewis did in his prime.

For example, in Fury’s last fight against Deontay Wilder, he used 270+ pound size to mug ‘The Bronze Bomber’ and maul him against the ropes. It was a textbook blue-collar job by Fury, but not a sensational performance. 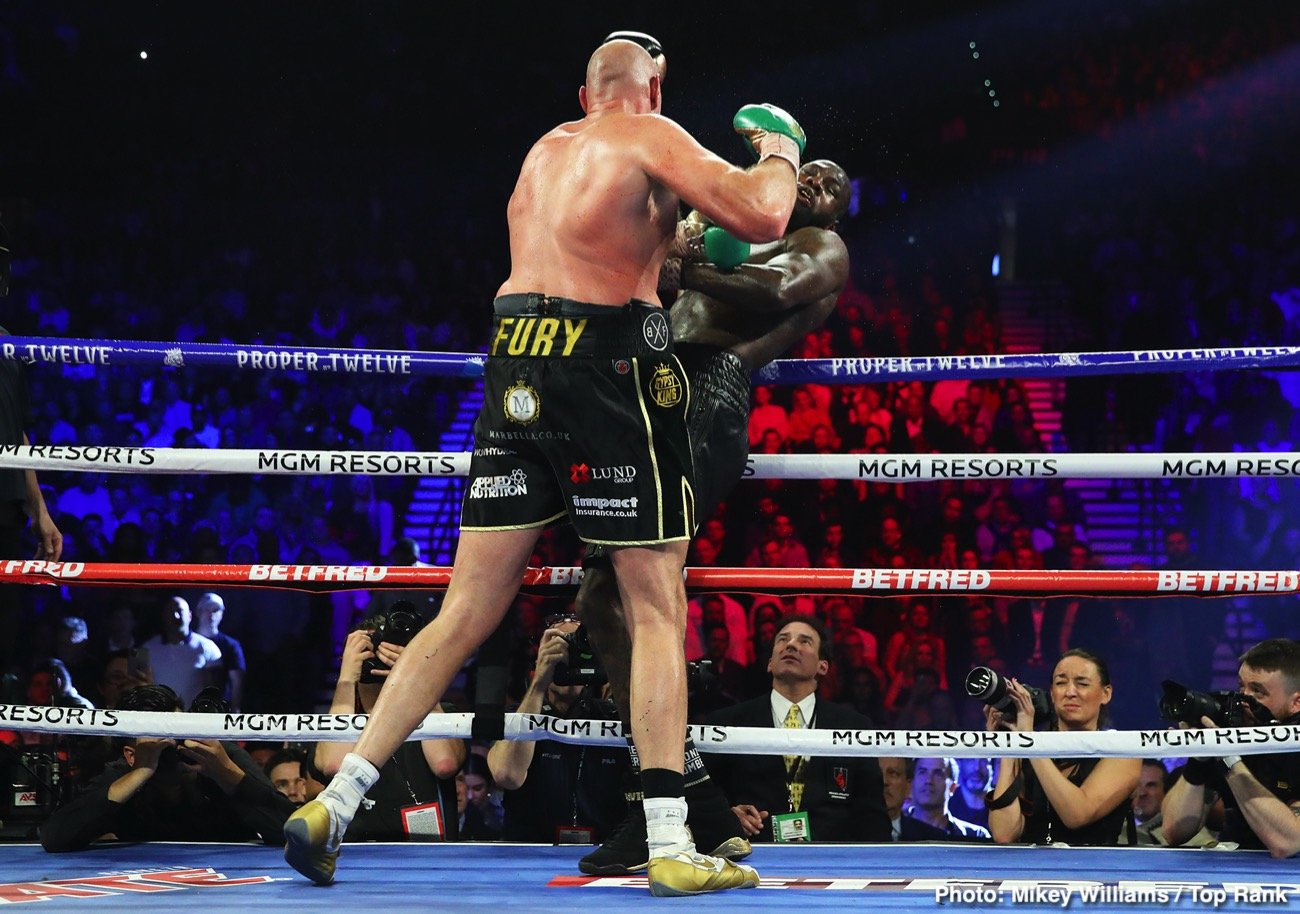 The way Fury did it, the average fan could picture themselves using their size to maul a smaller person by leaning on them and clubbing them around the back of the head repeatedly.