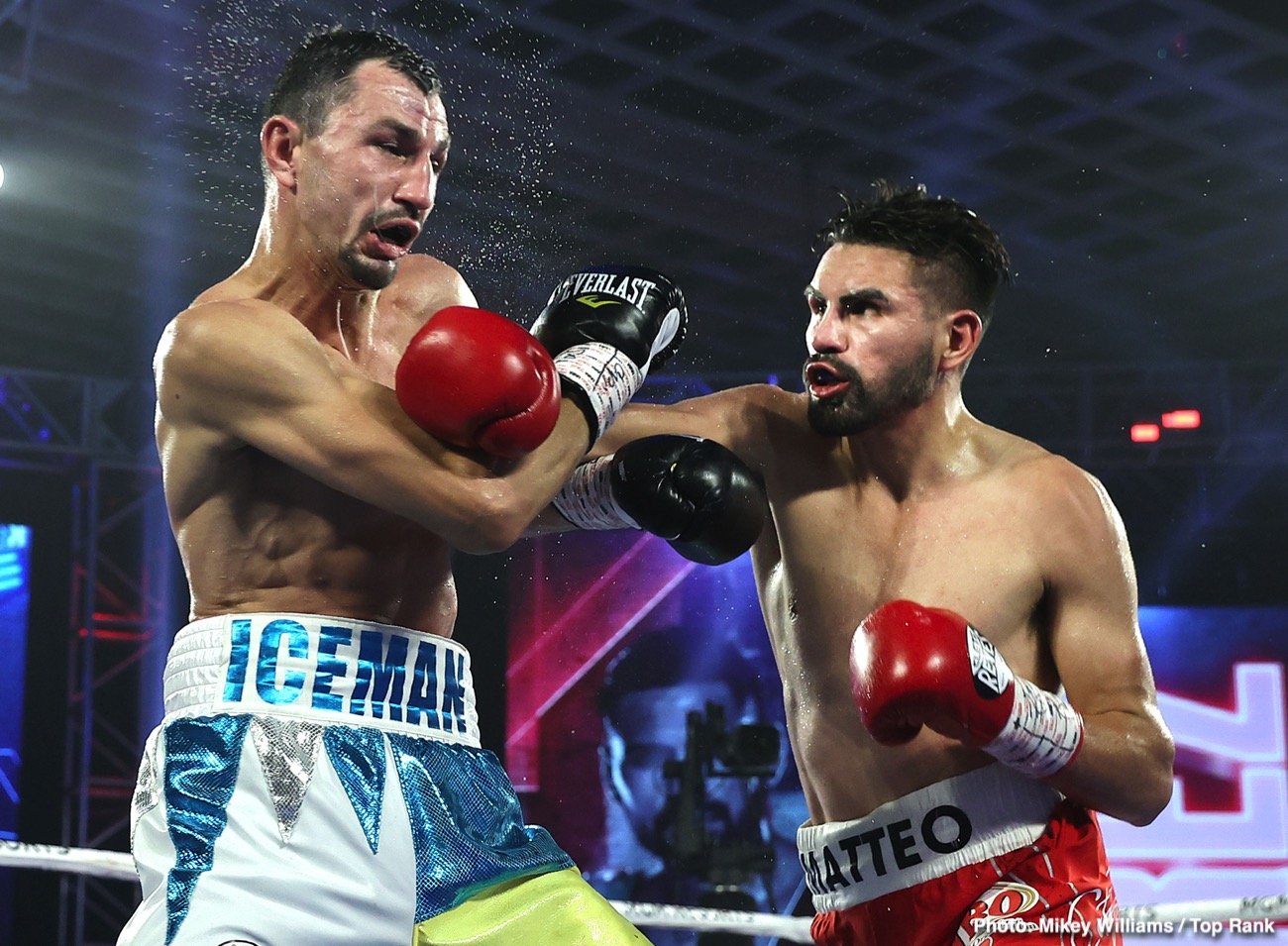 By Dan Ambrose: Jose Ramirez wants to humble Teofimo Lopez, and show him that fighters in the 140-pound division are a lot bigger than what he’s accustomed to fighting at 135. Ramirez’s size, stamina, and power would make things difficult for Teofimo.

Ramirez, 28, has doubts that he and Teofimo, 23, will fight because he’s planning on moving up to 147 soon. He’ll be fighting IBF/WBA 140-lb champion Josh Taylor (17-0, 13 KOs) for the undisputed lightweight championship in the spring.

If Ramirez wins that fight, he could move up to 147 to go after WBO welterweight champion Terence Crawford, who he shares the same promoter with at Top Rank.

Ramirez is coming off of a 12 round majority decision against his WBC mandatory Viktor Postol last August in Las Vegas, Nevada. The win for Ramirez was controversial but he got the job regardless in winning by the scores 115-113, 116-112, and 114-114. 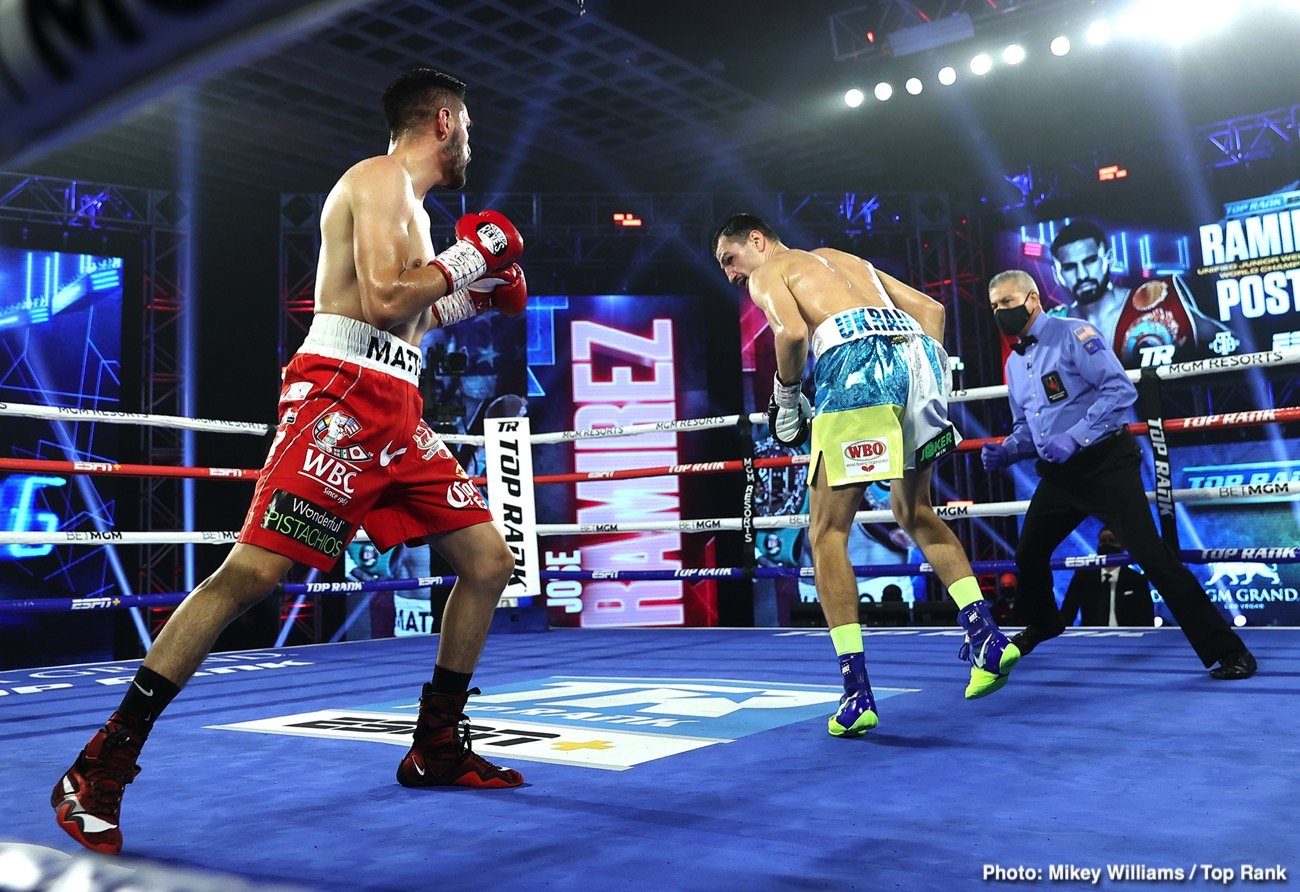 “Honestly, he’s not on my radar, but sometimes there are guys that I would love to punch, and that’s a kid that I want to punch,” said Jose Ramirez about Teofimo Lopez.

“At 140, I could humble him. It’s not just winning the first seven rounds of the fight, it’s also winning the last five,” Ramirez said in sending a message to the stamina-plagued Teofimo.

The comment that Ramirez made about fighters needing to win the last five rounds of their contests is a critique of Teofimo, who won the first seven rounds against Vasily Lomachenko but then faded in the last five.

Teofimo won the fight by a 12 round unanimous decision over Lomachenko, but it was closer than the scores handed in by the judges. Despite fighting with a bum right shoulder, Lomachenko fought better than Teofimo during the last five rounds from the 8th through the 12th.

It’s believed that Lomachenko’s shoulder injury is the reason why he started slowly in the first seven rounds. Without that injury, Loma, 32, likely would have dominated the bigger, younger, and stronger Teofimo.

Lopez is talking about moving up to 140 at the end of 2021, which might be too late for him to catch Ramirez before he moves up to 147. Assuming that Ramirez and Taylor fight in the spring, we could see both of them move up to 147 soon after. 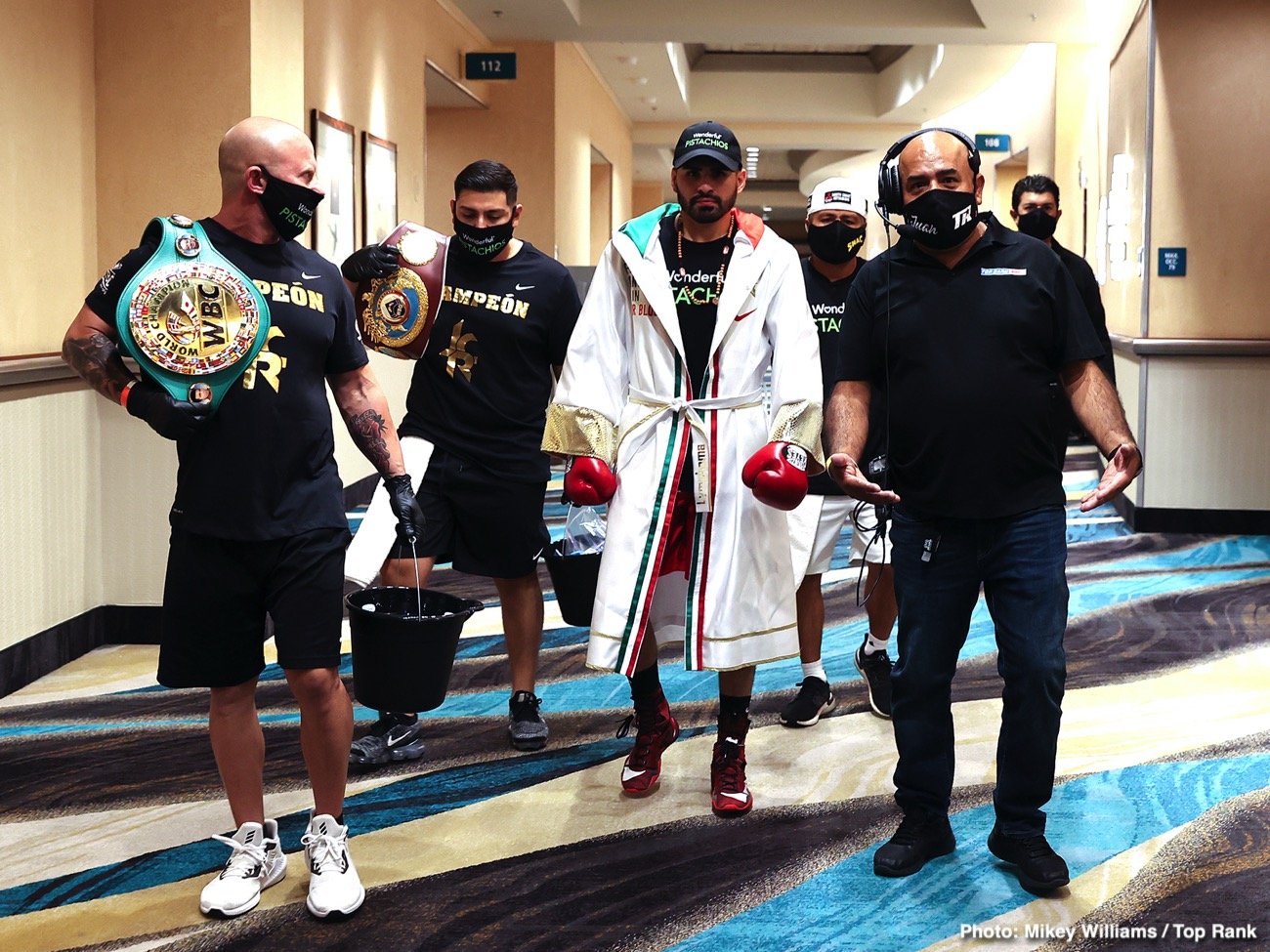 If Teofimo was serious about wanting to fight the winner of the Taylor-Ramirez fight, he’d move up to 140 right now rather than staying at 135 to defend against his IBF mandatory George Kambosos Jr. in February or March of next year.

“Obviously, he”s motivated. He won a big fight [against Vasily Lomachenko], and he feels he’s somewhat untouchable. But at 140, we’re a lot bigger than they are at 135.

So we’re a lot bigger and stronger. I honestly believe I could stop him before the 12th round. But the way he has a goal to move up, I have a goal to move up. I think of a chance for me is Crawford and those types of names at 147.

“He’s done a tremendous job, and he’s a good fighter just like many other fighters out there,” said Ramirez about Teofimo. “But at 140, I’m not worried about him, let’s just say that. I’m not keeping an eye on him. I got other things on my mind,” said Ramirez.

Ramirez to fight Taylor in the spring

“We’re looking for it to happen in the spring. So that’s next,” Ramirez said about a fight between him and Josh Taylor.

When Teofimo does move up to 140, he could be in a state of shock when he realizes how powerful the fighters are in the division.

For all the fans and for all my undisputed belts and the winner of you guys, we make that fight happen. Either one, you guys are going to get an a** whipping from Teofimo.

When you look at some of Teofimo’s recent interviews, he’s all over the place when asked if he’s going to stay at 135 or move up to 140. In a lot of cases, Teofimo doesn’t sound like he’s in a hurry to move up.

Teofimo says he wants to fight Gervonta Davis, Ryan Garcia, and Devin Haney. If h’s serious about wanting to fight those guys, he’s going to be tied down for at least a year and a half fighting them.

Teofimo has already said he wants to fight George Kambosos Jr next in early 2021. So if Teofimo is only going to fight twice in 2021, then his next fight after that could be the last for the year against potentially Haney, Tank, or Ryan Garcia.

One fighter that Teofimo could make a lot of money against would be a rematch against Vasily Lomachenko, but he’s already said that he doesn’t wish to fight him again.

To some boxing fans, they feel that Teofimo doesn’t want any of that smoke from a healthy Lomachenko. Lopez got lucky in beating an injured Lomachenko, but now that he’s had surgery, he can’t count on him not throwing punches as he did in the first seven rounds.