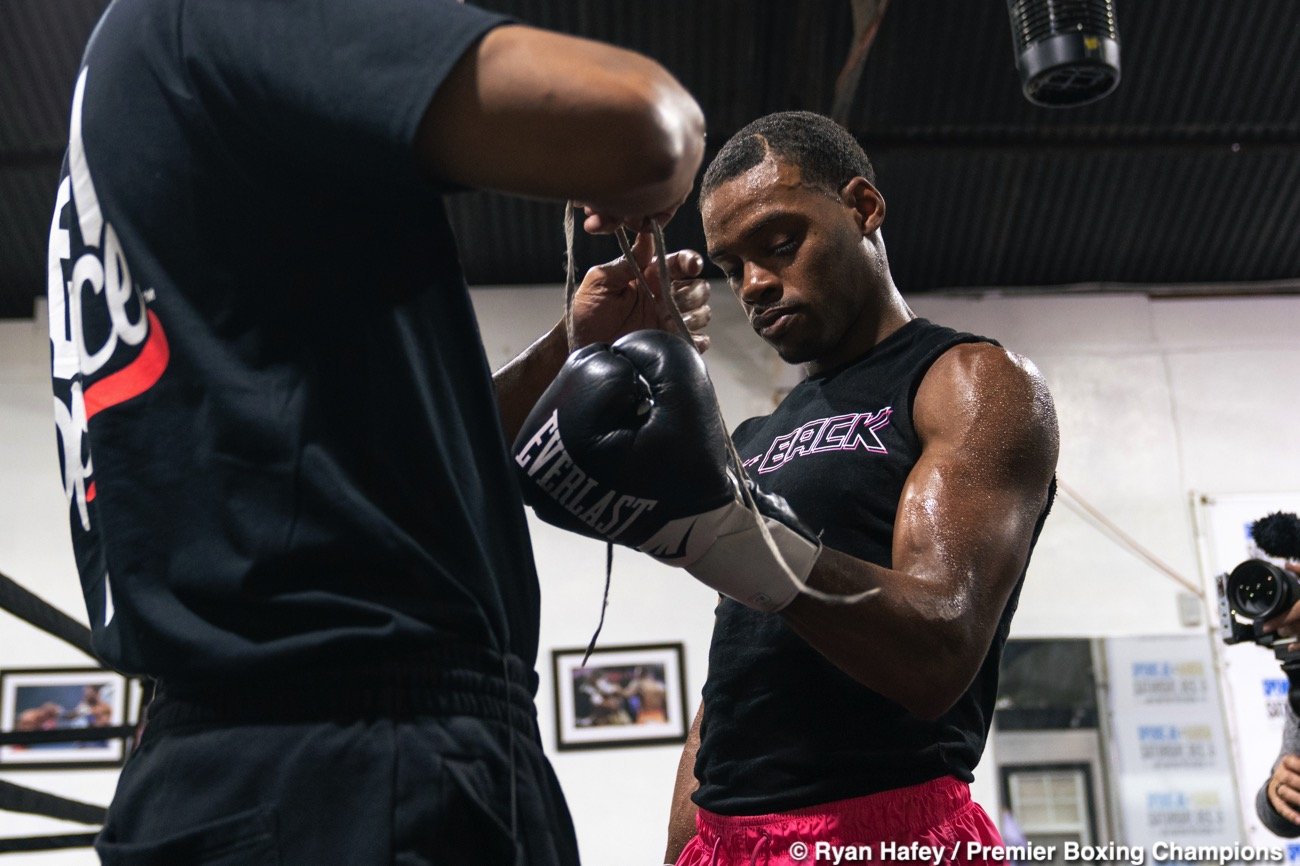 By Sean Jones: Errol Spence Jr looked absolutely chiseled during Thursday’smedia workout for the title defense of his IBF/WBC welterweight straps against Danny Garcia on December 5th. Spence-Garcia will be taking place on Fox Sports PBC pay-per-view at the AT&T Stadium in Arlington, Texas.

Spence, 30, says he took training seriously for this fight due to the threat that Garcia, 32, poses to him. Also, Spence wants fans to know that he’s still the same fighter he was before his car crash last year.

Spence lost teeth in that accident and was hospitalized in a local hospital in Dallas in the ICU. But despite what Spence says about him being 100% and fully recovered from the accident, boxing fans have their doubts.

When they look at the mangled wreckage of Spence’s Ferrari Spyder, they don’t know how he could have come out of that crash as the same person he was. 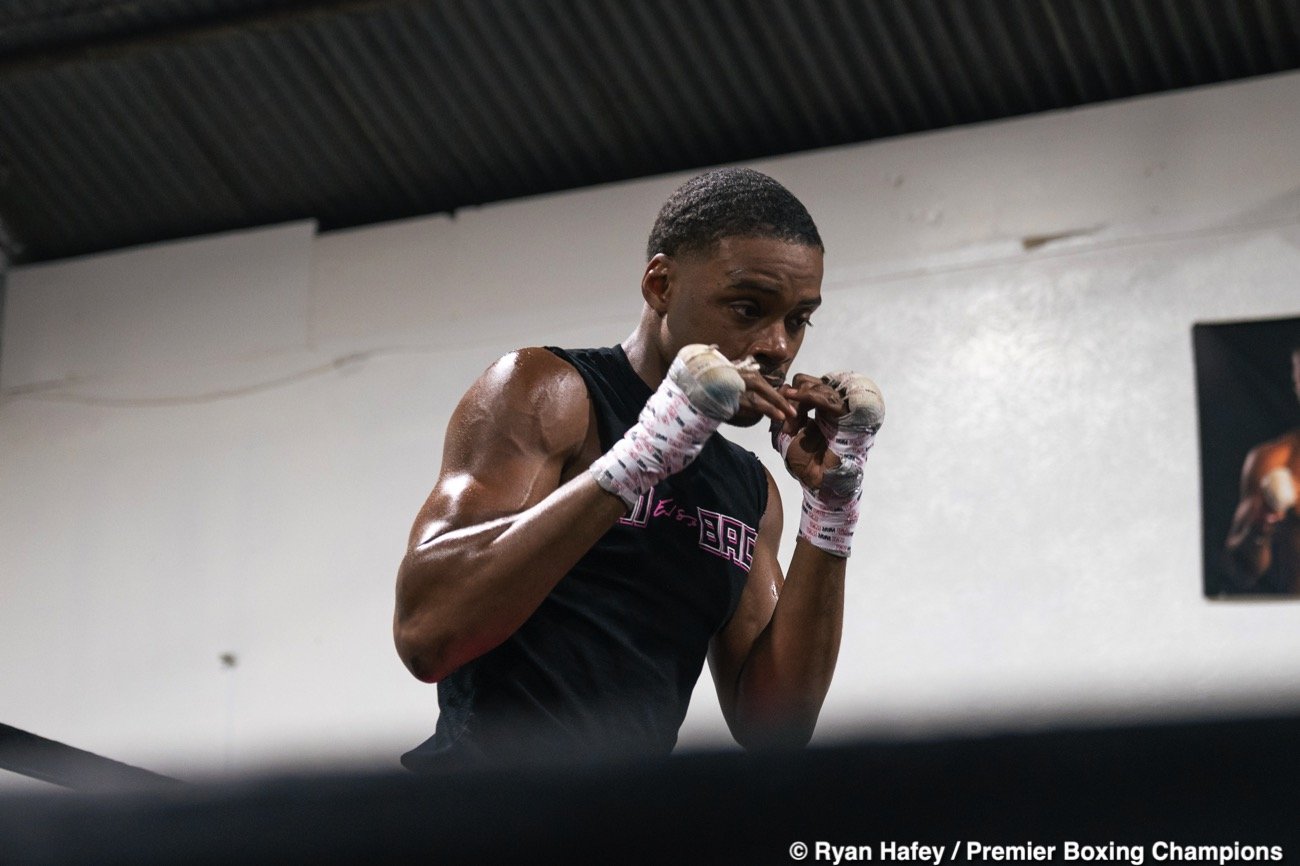 “The key to Errol’s power is his body. He’s punching with his whole body. It could lead to a knockout at any point in the fight,” said Spence’s trainer Derrick James.

Spence must score a knockout in this fight because Danny Garcia hits too hard to leave him in the fight for the full 12. Lately, Spence has been unable to knock out his opponents Mikey Garcia and Shawn Porter.

Those are fighters that Spence, 30, should have been able to stop if he’d used the right game plan and stuck to it. Spence was sloppy and unfocused against Mikey and Porter, and that made the job a lot harder.

In terms of athletic skills, Danny ‘Swift’ isn’t the greatest fighter in the sport, but he’s excellent at sticking to the game plans that his father Angel Garcia puts together for him. In contrast, Spence is all over the place and not nearly as disciplined.

“If I took a tune-up fight, I wouldn’t be as focused or dedicated as I am right now,” said Spence.

“I know that I’m not Amir Khan or Adrian Granados or anyone else that he’s knocked out,” said Spence about Danny Garcia’s past victims.

“If I can press him early, I’m going to press and do what I do.”

It would be a good idea for Spence to go all out to try and knockout Garcia because he let Mikey off the hook when he had him hurt in the tenth round last year. Against Porter, Spence didn’t have that extra gear to shift into for him to knock him out. 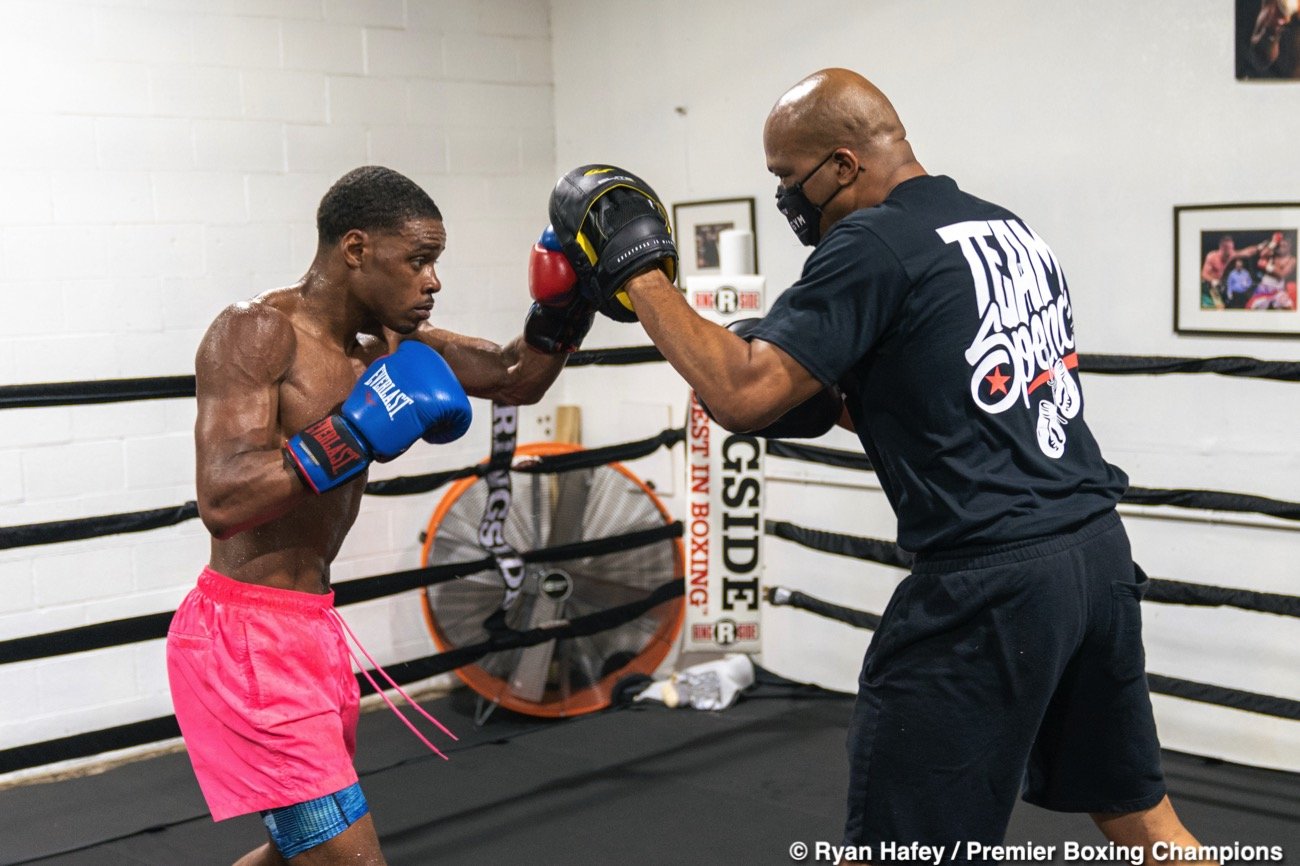 In fact, Spence didn’t look as good as Yordenis Ugas, who had Porter on the run and looking scared in their fight in March 2019. Ugas did a better job against Porter than Spence did, which shows that Errol doesn’t have the discipline that he needs to dominate the better fighters.

« Ryan Garcia vs. Luke Campbell rescheduled for Jan.2 on DAZN