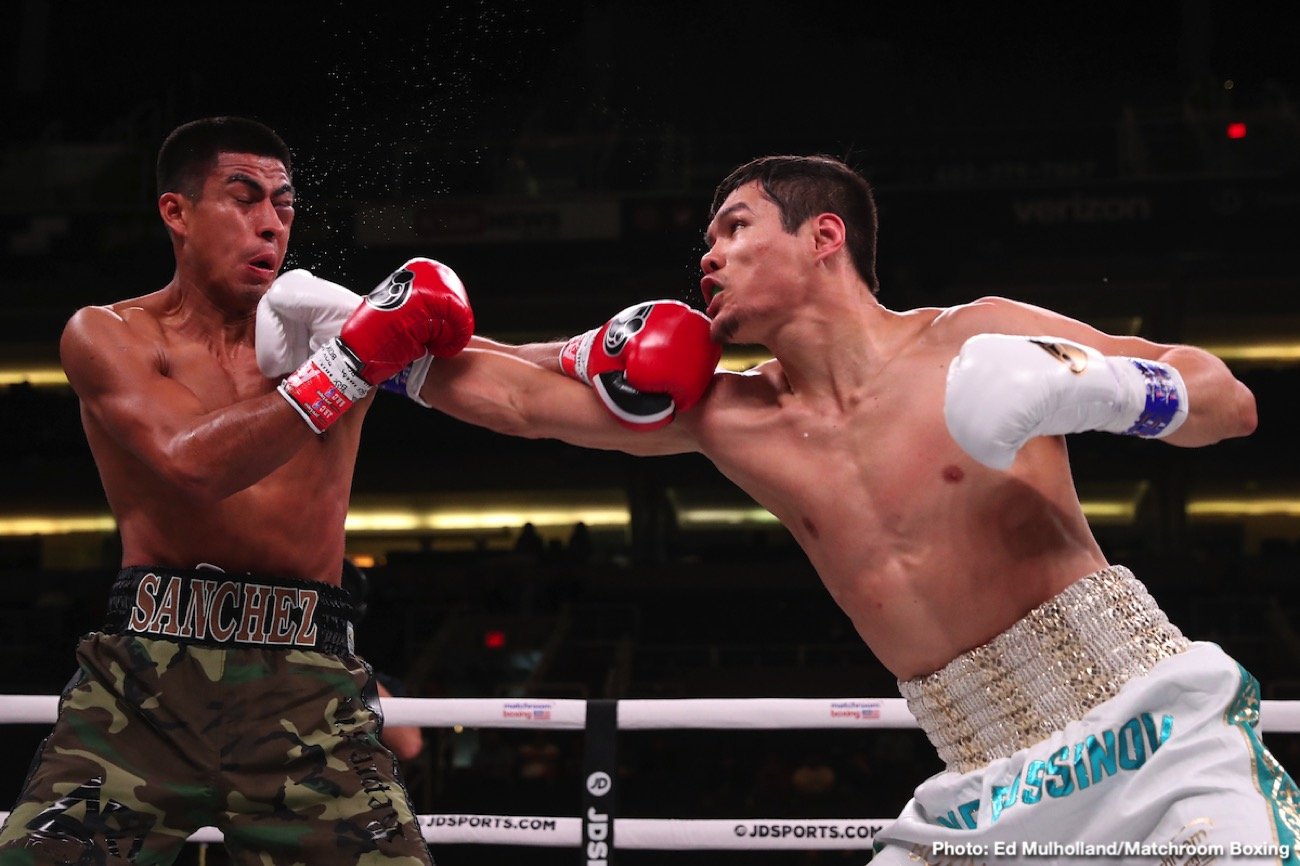 The card will be shown live on DAZN from the Seminole Hard Rock Hotel and Casino, in Hollywood, Florida.

The 2016 Olympic gold medalist Yeleussinov (9-0, 5 KOs) and the 37-year-old Indongo (23-2, 12 KOs) will be fighting for the vacant International Boxing Federation Inter-Continental welterweight title.

Indongo will hopefully be able to show what the 29-year-old ‘Kazakh Thunder’ Yeleussinov has as a pro, as his promoters at Matchroom Boxing need to see what he’s got.

Thus far, Yeleussinov has been underwhelming since he turned pro in 2018 in struggling in some of his fights against second-tier opposition. 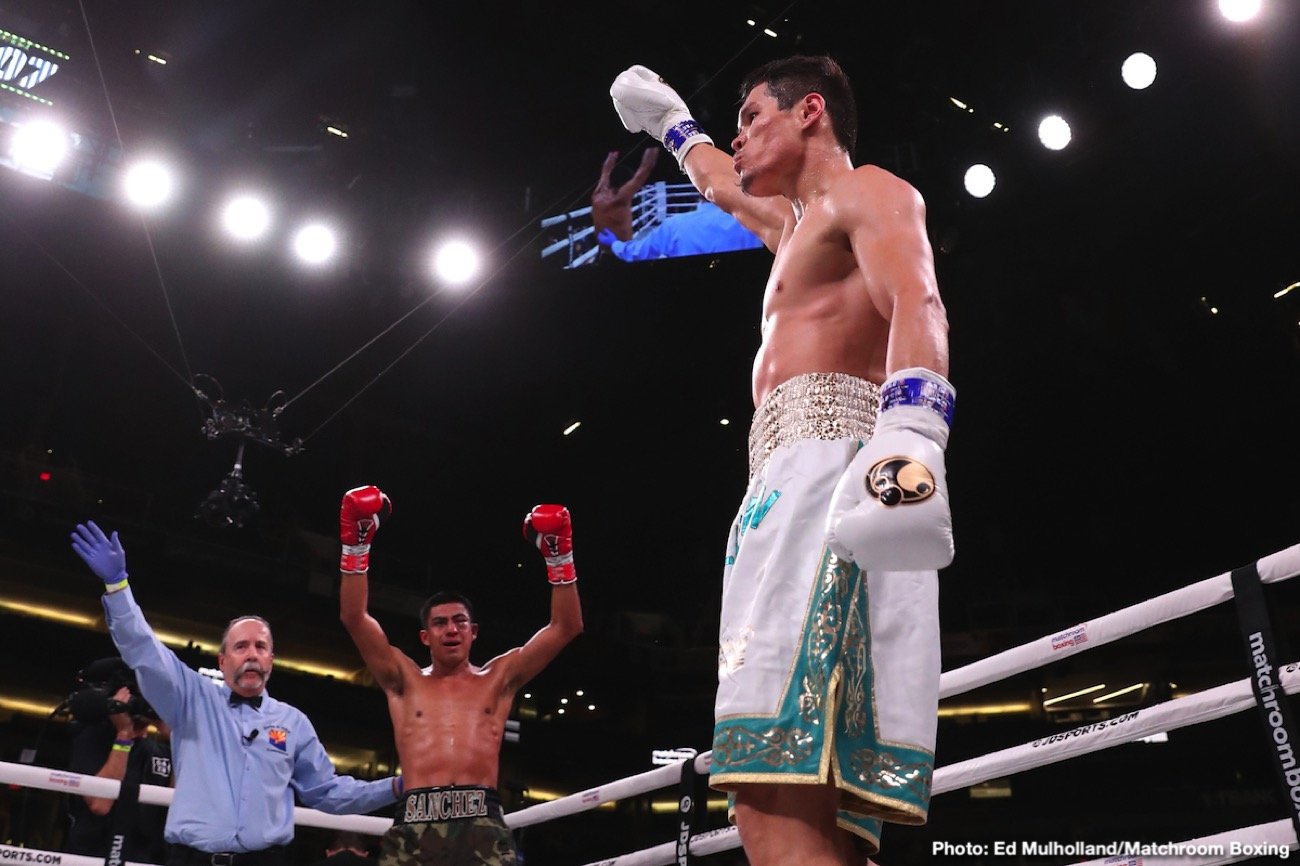 For a fighter that blanked the likes of Josh Kelly, Israil Madrimov, and Shakhram Giyasov in the amateur ranks, a lot more was expected of Yeleussinov than what he’s shown.

Giyasov and Madrimov have looked better suited to the pro game than Yeleussinov up to this point, and it’s unclear whether that’s something that he can change by working on his power and, more importantly, his defense.

🇰🇿 Daniyar Yeleussinov takes it up a notch on Friday night as he faces former unified champ Julius Indongo for a shot at his first title! #YeleussnovIndongo

Yeleussinov got hit a lot in his victories over Luis Norambuena, Silverio Ortiz, and Alan Sanchez. Although Yeleussinov won all three of those fights conclusively, his defense wasn’t impressive and his punching power looked weak.

Yeleussinov has stopped his last two opponents Alan Sanchez and Reshard Hicks, but those weren’t high-caliber opponents that were put in with him.

Matchroom put Yeleussinov in with a couple of soft touches for him to look good, and he responded by knocking them out.

If Yeleussinov struggles to defeat the southpaw Indongo on Friday night, it would be smart for Matchroom to persuade the Kazakh Thunder to move down to 140 where his lack of punching power won’t be such a hindrance to his career.

The top fighters at 140 can punch, though, but they’re not as powerful or as big as the 147-pounders that Yeleussinov would need to deal with at welterweight if he wanted to win a world title.

Yeleussinov has looked very weak for the welterweight division up until now, and it’s obvious that he’s not going to be a major player in this weight class if he sticks it out his entire career.

Indongo is coming off a 15-month layoff since stopping novice Carltavius Jones Johnson in the second round in August 2019.

That was Indongo’s first fight since being stopped in consecutive contests against Terence Crawford and Regis Prograis in 2017 and 2018.

Indongo’s career has gone downhill since he won the IBF/IBO light-welterweight titles in December 2016 in stopping Eduard Troyanovsky in the first round.

From there, Indongo defeated WBA 140-lb champion Ricky Burns by a one-sided 12 round unanimous decision in April 2017.  At that point, Idongo was on top of the world, his career looking bright and with big expectations expected of him. 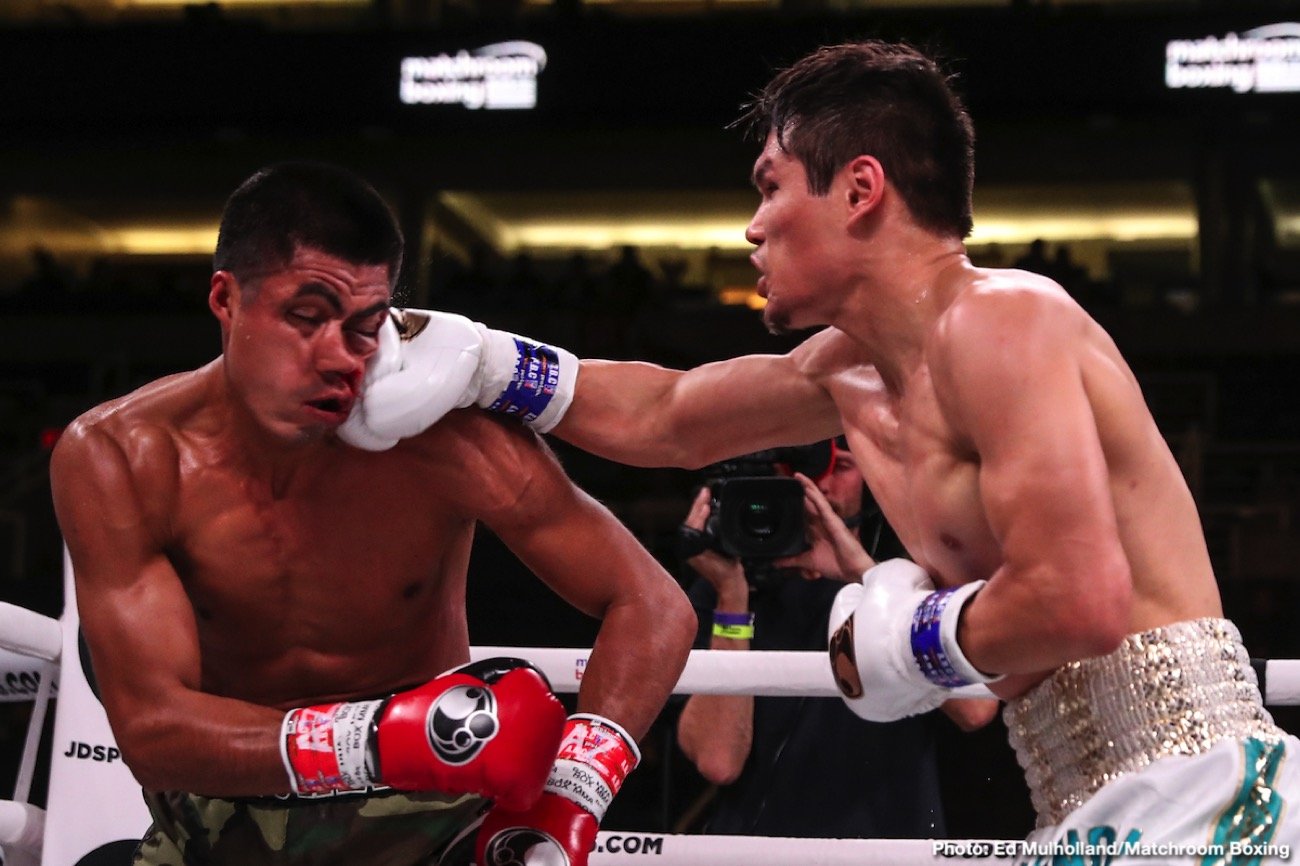 Unfortunately, Indongo was obliterated by Crawford and Prograis in back to back fights. Indongo is now trying to pick up the broken pieces of yesterday’s career, and he’s got slim chances of doing that at age 37.

Other fights on the Jacobs vs. Rosado card:

Teofimo Lopez refuses to give Lomachenko a rematch »