VIDEO: Floyd is Right – Too many belts in Boxing 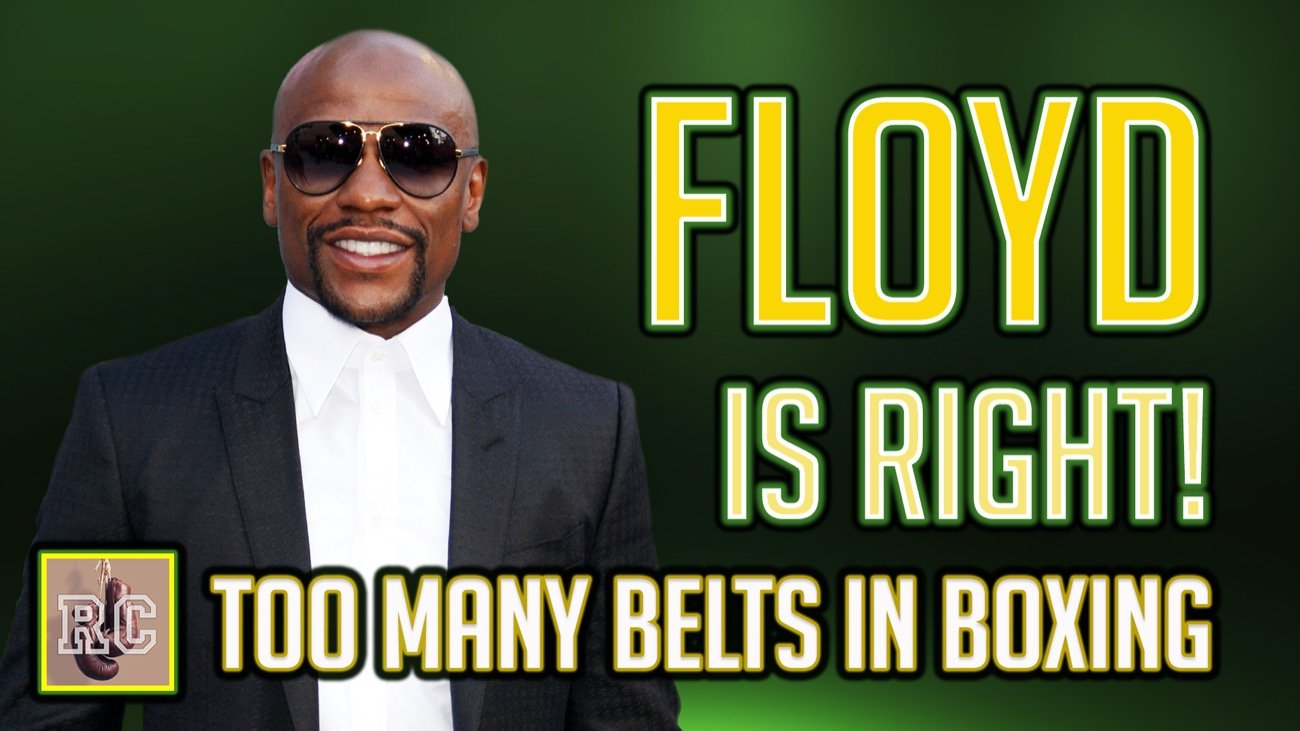 By Rummy’s Corner: Floyd Mayweather Jr was the greatest boxer of his generation, and indeed he is one of the greatest boxers of all time. Mayweather retired with a perfect professional record that included 50 victories, 0 defeats, 0 draws, and 27 of those 50 victories coming by way of knockout. More impressive still, 26 of those 50 wins came in championship contests.

Mayweather’s resume is simply extraordinary. But despite all of those high profile championship victories, such as Diego Corrales, Oscar De La Hoya, Sugar Shane Mosley, Miguel Cotto, Canelo Alvarez, and of course the decisive win against fellow all time great Manny Pacquiao – despite this slew of high profile championship victories, Mayweather was never the undisputed champion in any of these weight classes.

This is not meant as a criticism towards Floyd. With all of the politics surrounding the great abundance of alphabet bodies, getting the opportunity to compete for the undisputed championship in any given weight classes is extremely rare.

But the main problem is simple, and something all boxing fans inherently understand – there are too many belts in professional boxing. This is the biggest problem in the sport, and it all stems from the shady behavior of the underhanded sanctioning bodies. Ironically, even Floyd himself recently touched on this in an interview where he also complained that there are just too many belts in the sport, the sanctioning bodies are greedy, and we need to clean up professional boxing.

The WBC and WBA are especially bad. The WBC’s newest scheme centers around the so-called “franchise champion”, and the WBA has been pushing this nonsense for years with their so-called “super” championship. It is ridiculous!

There are also too many weight classes in boxing, with 17 and counting. The WBC is creating a new 18th weight class between cruiserweight and heavyweight, where they are reducing the cruiserweight limit back down to 190, as they invent a new 224 pound division out of thin air. We need less belts, and less weight classes, but meanwhile the scheming WBC wants to add more belts and more divisions.

This edition of Rummy’s Corner will provide a quick rant about the disgusting state of the sanctioning bodies, the fact that there are too many belts and too many weight classes, and what steps might possibly help improve this vastly deteriorating predicament. For one man’s take on the fight, please watch and enjoy the video.

« Opinion: PPVs and Subscriptions – The Cost of Consuming Boxing

Oleksandr Usyk ready to “explode” against Dereck Chisora on Saturday »