Otto Wallin Ready To Step In For Tyson Fury Rematch! 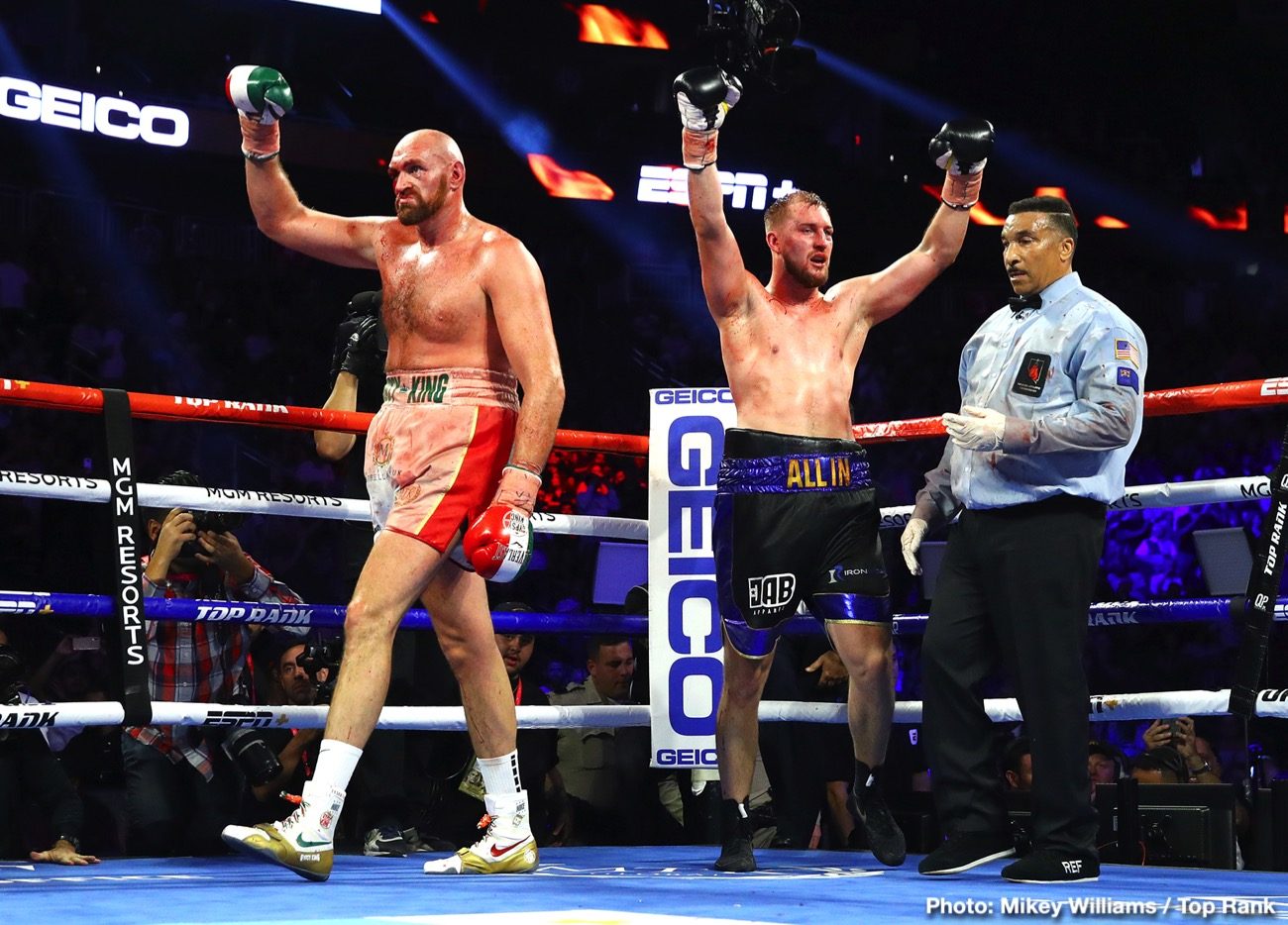 Hearing reports that WBC and Lineal Heavyweight Champion Tyson Fury is looking for a December 2020 opponent, Sweden’s IBF #14-ranked Otto Wallin (21-1, 14 KOs) says that he’s the rightful choice for a rematch against the “Gypsy King.”

Yesterday, Fury and his team stated they are moving on from the prospect of a trilogy fight with former champion Deontay Wilder and are looking for a late 2020 opponent. “Who better than Otto Wallin, who gave Fury the toughest fight of his life?” asks his promoter, Dmitriy Salita.

Wallin and Fury met in a savage slugfest in December 2019, where Wallin opened two gruesome cuts around Fury’s right eye so severe that many experts assert Fury was extremely lucky to have avoided a TKO loss. The pair went on to wage an extremely tense 12-round battle, where a blood-soaked Fury was forced to dig deep to rally in the later rounds to eke out a unanimous decision victory. Fury required close to 50 stitches and had to have a web mesh inserted surgically into the horrific wounds.

“I deserve a rematch based on my performance against Fury last year,” said Wallin, who had fought just one round in 18 months when he staged his near upset. “I did much better against Fury than Wilder did, better than anybody who has faced Fury and I’m ready to take Wilder’s place. I’ve been working very hard since last year and I believe I’ve improved with the experience from fighting Fury and with all the work I’ve put in since that fight.”

If Fury’s true goal is to establish him dominance over the rest of the division, granting Wallin a second go-around does make sense. Against Fury, in addition to goring the big Brit, Wallin landed 127 punches according to CompuBox. By way of comparison, Wladimir Klitschko landed just 52 punches against Fury and, in their two fights combined, Deontay Wilder landed just 105.

“Otto is en-route to being heavyweight champion of the world,” added Salita. “He gave Tyson Fury the hardest fight of his life by punches landed and damage administered inside the ring. Now with having fought in August he is ready to jump on this opportunity and prove he is the best in the world.”

Conor Benn will face Germany’s Sebastian Formella on the undercard of Povetkin vs. Whyte 2 »