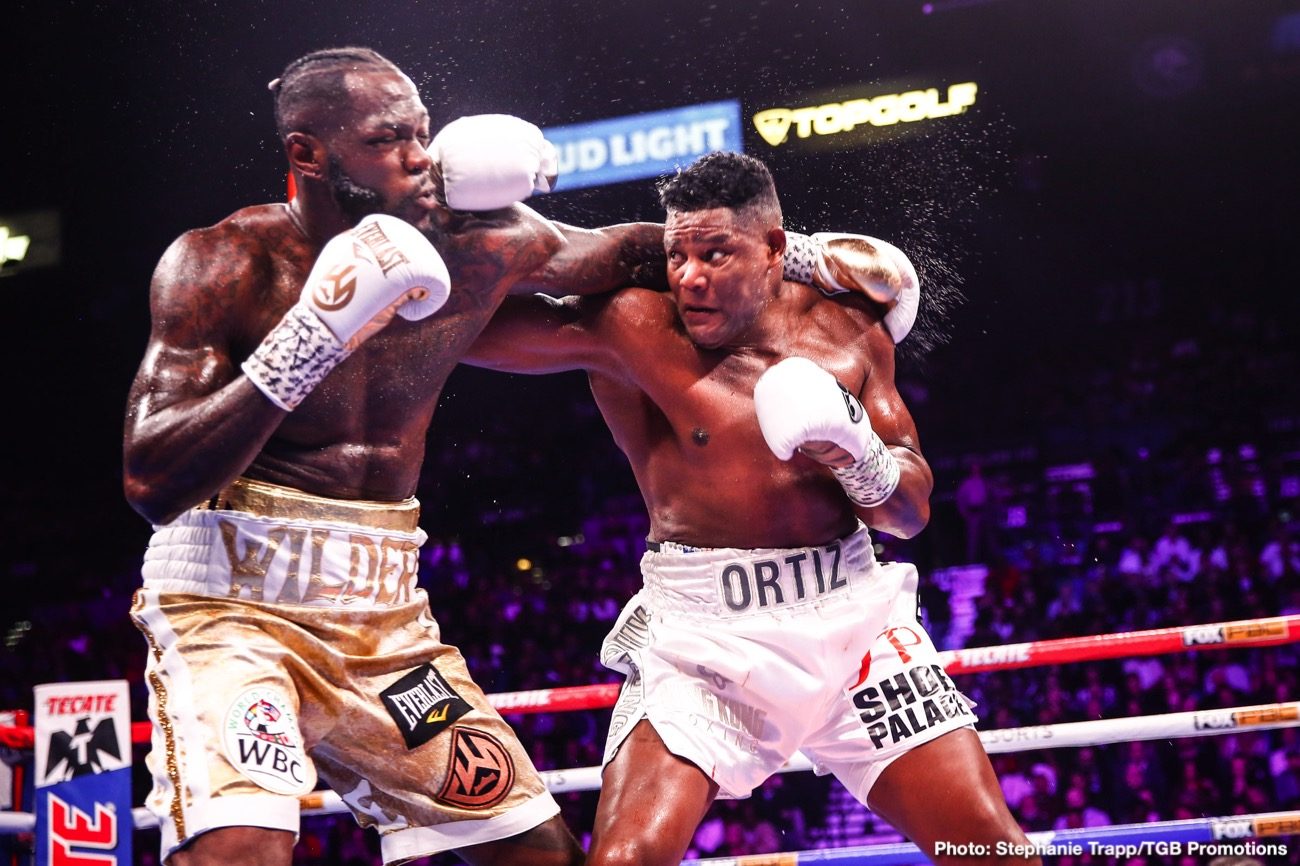 By Dan Ambrose: Two-time heavyweight world title challenger Luis ‘King Kong’ Ortiz will be headlining on PBC on Fox against Alexander Flores on November 7th. Mike Coppinger broke the news on the Ortiz-Flores fight. This is a Premier Boxing Champions card on Fox.

Flores (18-2-1, 16 KO) has suffered knockout losses to former world champion Charles Martin and Joseph Parker. Those guys were able to bang Flores out early in their respective fights. Martin stopped Flores in the fourth round in 2014, while Parker destroyed him in three rounds in 2018.

Luis Ortiz in a showcase fight

Ortiz likely would have returned to the ring a lot sooner if not for the pandemic getting in the way of boxing.

Fans would have preferred to see Ortiz face a better fighter than Flores, but it’s been a year since he fought. Also, Ortiz is coming off of a knockout loss to Wilder, and he needs a confidence booster at this point. Ortiz will get a chance to show off his talent by beating a guy that shouldn’t be sharing the ring with him. 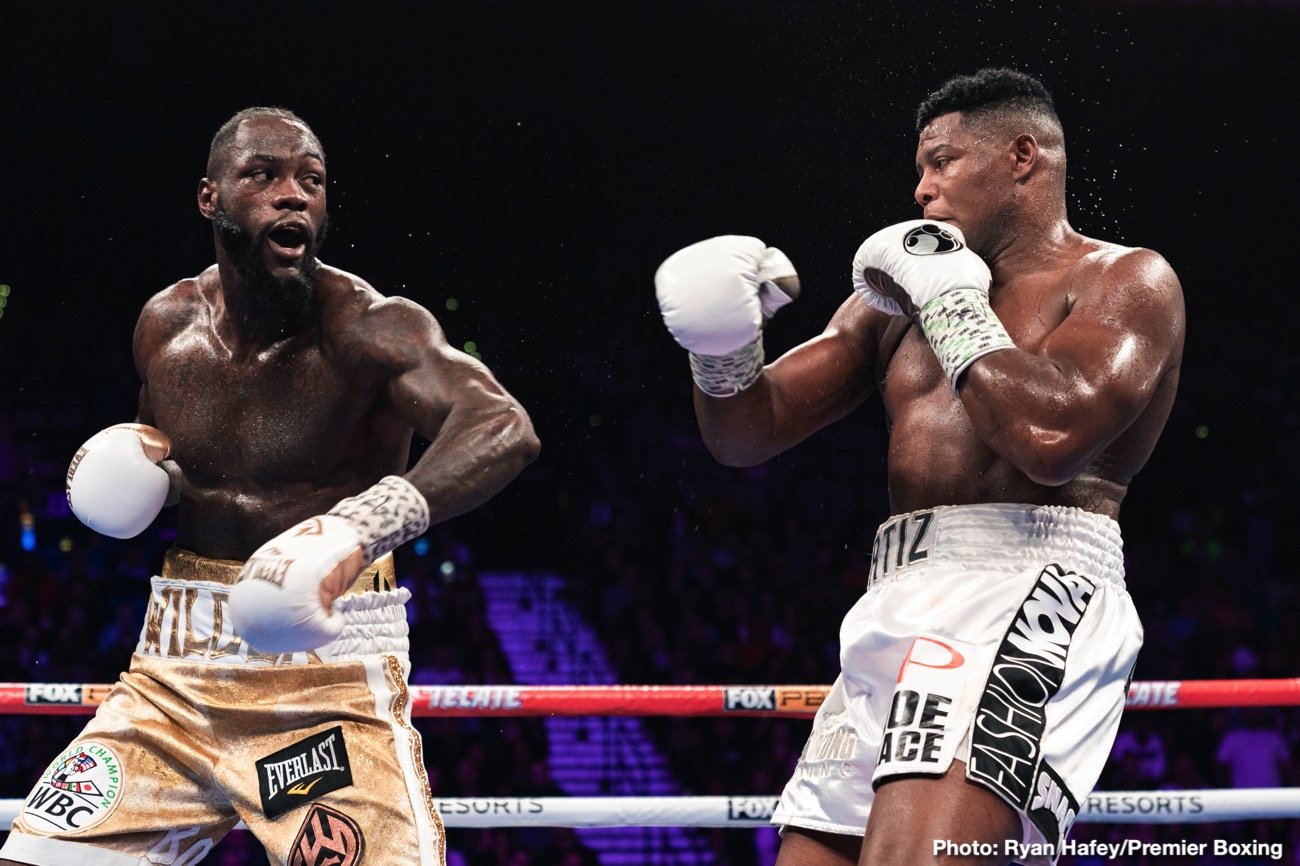 With Ortiz fighting an unknown journeyman-level fighter in the headliner spot, it’s not the type of match that fans would like to see at the top of a fight card.

Ortiz is still capable of beating contenders and there’s a lot of good fringe-level fighters that he could have fought that would be more appealing than Flores. But if the contracts are already signed by both fighters, then there’s not much you can do about it.

The KO defeat to Wilder was Ortiz’s second stoppage loss in his last five fights. It’s not that he can’t take a punch. The southpaw Ortiz has a pretty good chin, but he’s made the mistake of standing directly in front of the big 6’7″ Wilder and presenting a stationary target.

Before being knocked out in round seven, Ortiz was dominating Wilder through the first six rounds of the fight. He was doing an arguably better job of beating ‘The Bronze Bomber’ Wilder than Tyson Fury did in either of their two fights.

Ortiz wasn’t hitting Wilder with clubbing shots to the back of the head the way Fury was repeatedly doing in the rematch. He was keeping it clean and beating Wilder with his boxing ability through the first six rounds of the fight, but he got sloppy in the seventh and paid the price. 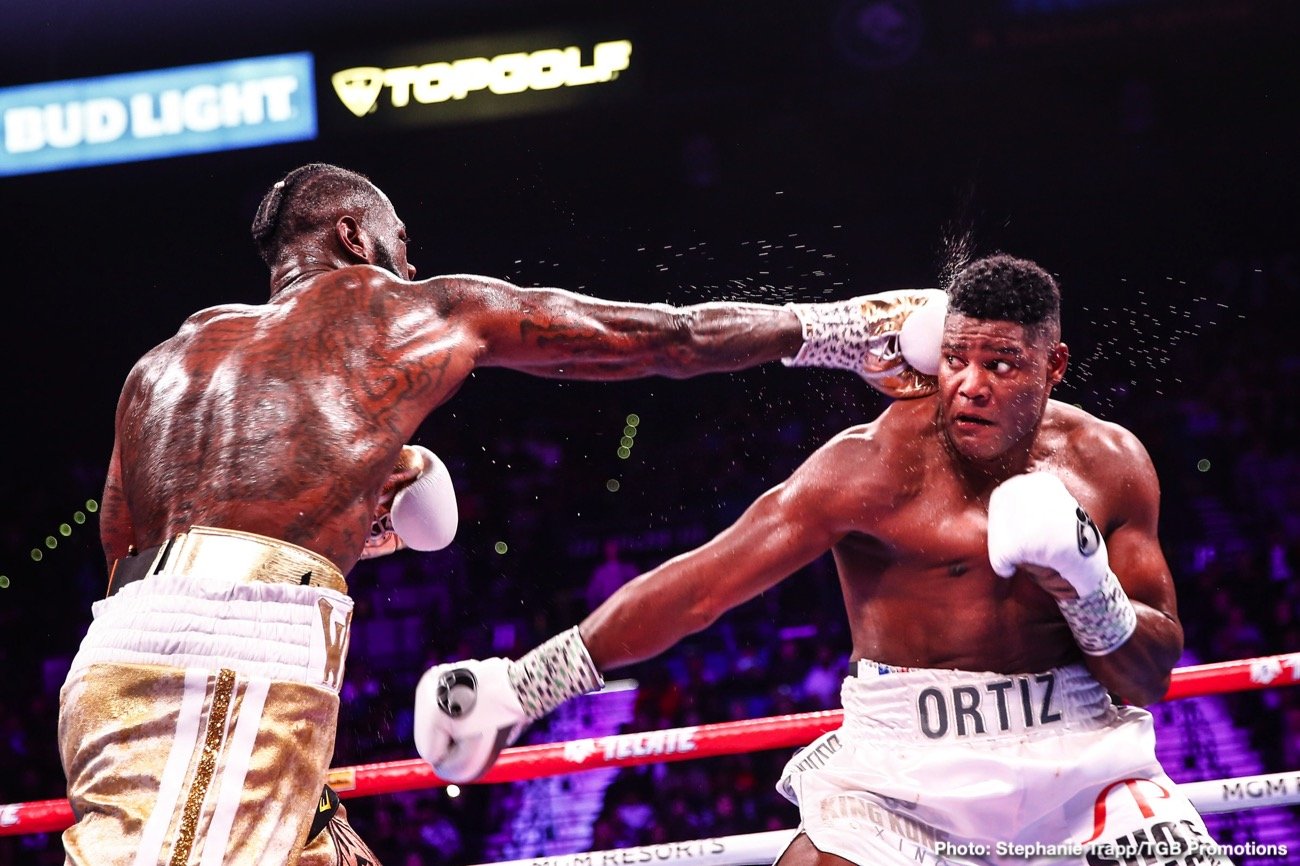 The talented Cuban fighter Ortiz will have a big advantage over the 30-year-old Flores in boxing ability but still could have problems. Flores can punch a little as evidenced by his 76% KO rate, and if he can land one of his shots, it might be over with quickly.

Devin Haney: Yuriorkis Gamboa is getting a shot of a lifetime »