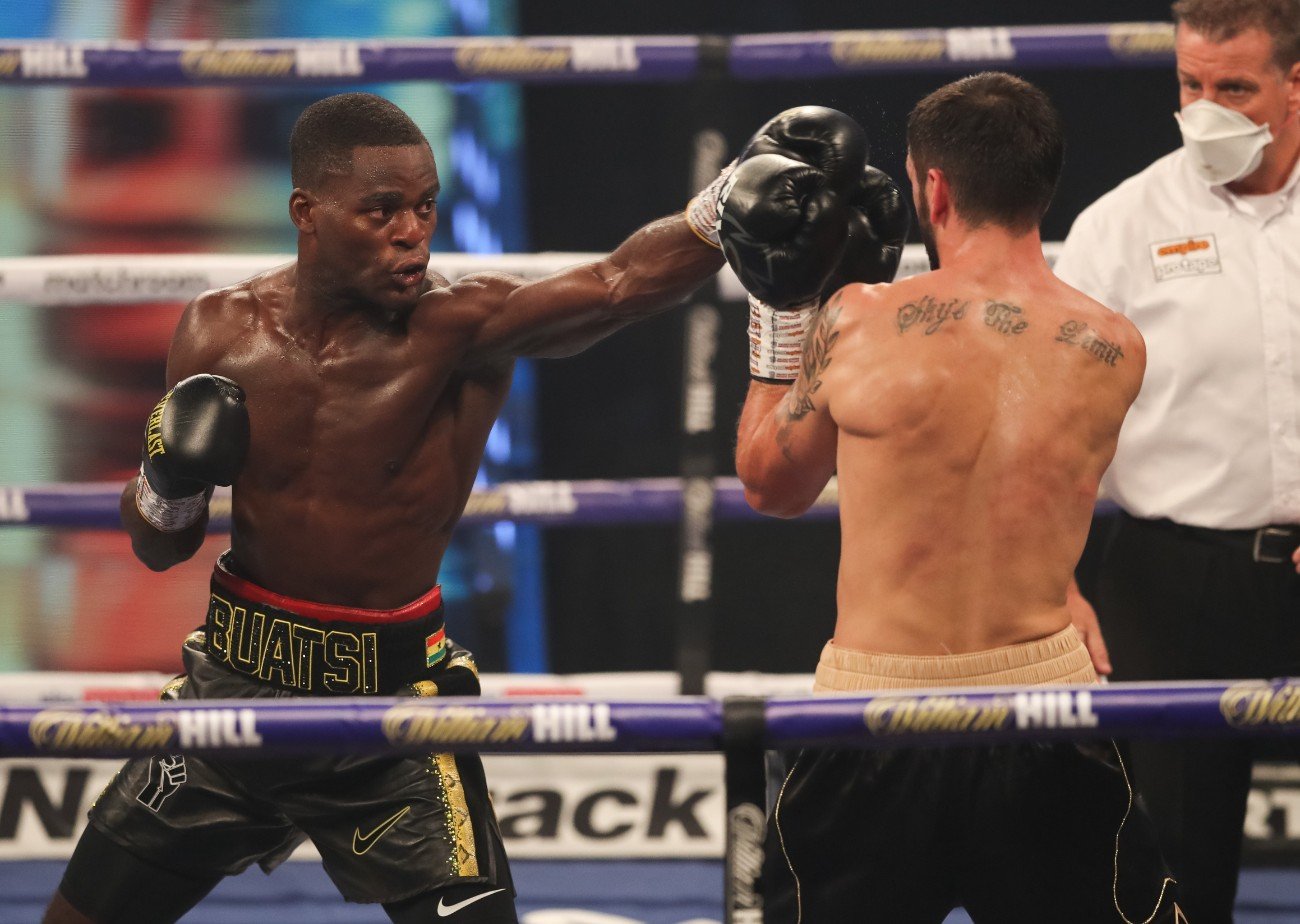 By Charles Brun: Eddie Hearn has revealed that he’s made an offer to Callum Johnson for him to face unbeaten light heavyweight contender Joshua Buatsi for a fight in December or early 2021. Hearn wants to get the 35-year-old Johnson (18-1, 13 KOs) out because he hasn’t fought in over a year.

Hearn acknowledges that Buatsi, 27, struggled against Calic, and he was less than impressive. He feels that Joshua needs to climb through the levels still before he challenges for a world title, and he sees Callum as the ideal opponents.

Eddie says that he views the Buatsi vs. Johnson fight as a 50-50 match after Joshua had to dig deep against Calic. Hearn is definitely not talking about accepting the offer from WBA light heavyweight champion Dmitry Bivol to Buatsi, who would likely be overmatched against the Russian fighter.

“It’s difficult when you’re selling a fight. Calic, we knew about his amateur background, and we knew he would come to fight. He was fantastic,” said Edie Hearn to IFL TV on Calic’s performance against Buatsi.

“His footwork was excellent, shot selection was great, he was accurate, and he was tough as well. I heard from his trainer that it looks like he broke his cheekbone and his jaw. 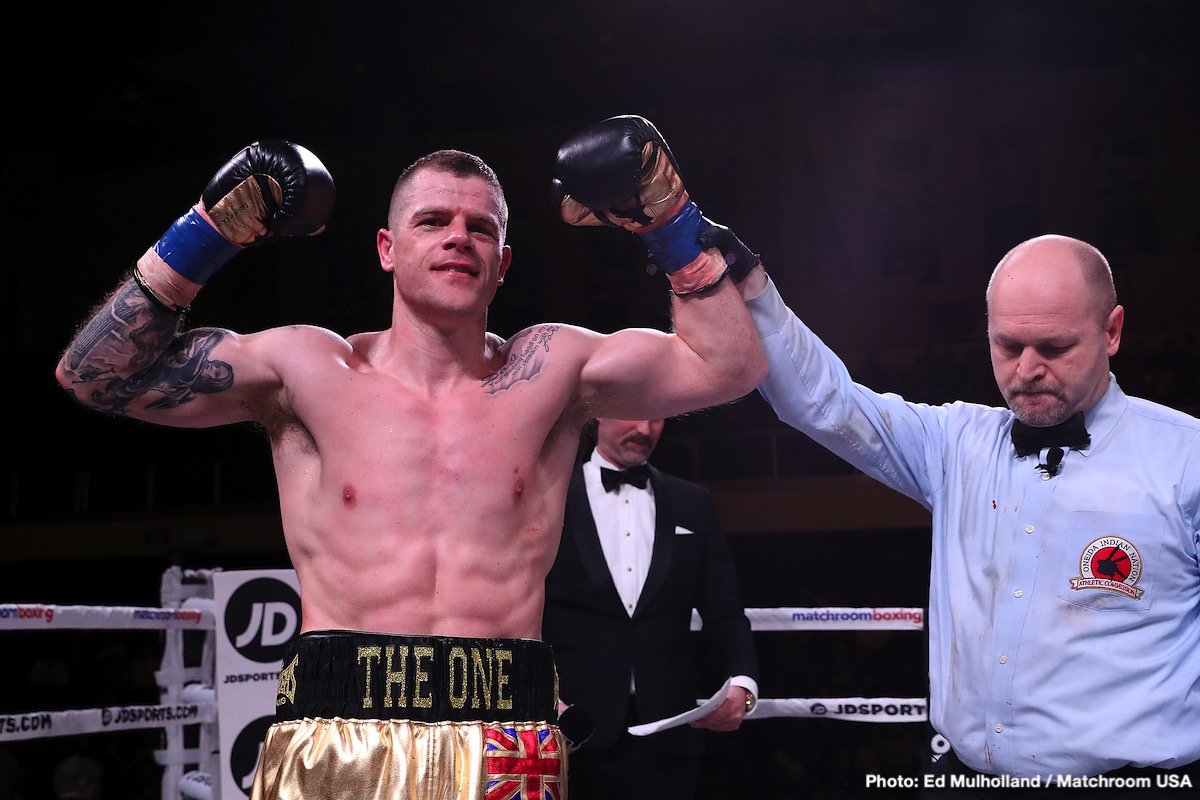 “That’s why at the end of the fight, when he went down, he was saying to his corner, ‘I can’t go on.’ The thing about Buatsi is, when he gets you hurt, he’s vicious. He had to come through a lot in that fight.

“I think he might have busted his cheekbone at one stage in the fight. He looked terrible, and you could see he was uncomfortable. And then when he couldn’t see out of his right eye, Calic couldn’t miss him with a right hand.

“It was good because Joshua had never had to dig deep in a pro fight. I’d rather see him do it now rather than for the first time in a major fight. So he passed that test, and you could see that he’s got heart.

“He’s got a good chin, and we know he’s got the finishing ability to stop it when he stings you. Again, it was a great finish,” Hearn said.

That wasn’t a great effort from Buatsi, who looked like he was on his way to a defeat early on in the fight. It was lucky for the 2016 Olympian Buatsi that Calic wasn’t a big puncher because things could have gone badly for him. 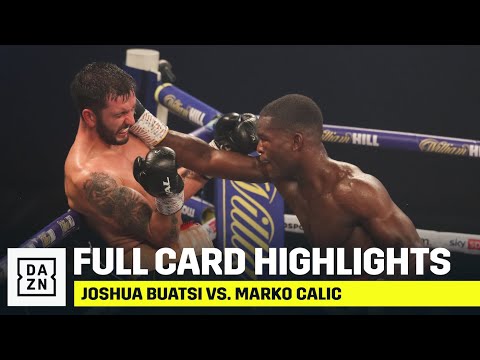 Eddie reveals an offer to Callum Johnson for Buatsi fight.

“I think so, I’d like to make it,” said Hearn about a match between Buatsi and Callum Johnson. No but’s, really.

“I’ve sent them [Team Johnson] an offer to fight Joshua Buatsi. I want to get Callum out ASAP, but sometimes with Joe Gallagher, it’ us against the world rather than work for Callum Johnson.

“Give everybody a great fight and give them an opportunity and a load of money. So I want to speed it up. I’ve sent them an offer, and I want to hear their thoughts on the offer because I want to get Callum Johnson active.

“He’s a fantastic fighter. By the way, off the performance, the other night, Joshua Buatsi vs. Callum Johnson is a 50-50 fight.

“Callum Johnson is the one that has proven himself at the world level, really. Buatsi, a good win last Saturday, but I believe he has several more levels to go through. Callum Johnson is very, very dangerous.

“I just want to get him going. He was out for a long time with an injury, and then he was supposed to fight in May. The pandemic canceled that. He must fight this year,” said Hearn about Callum.

You can understand perfectly why Callum and Gallagher wouldn’t want to take the fight with Buatsi. Callum would be used as a stepping stone type of opponent for Joshua, and that’s not a good move for him.

And Callum is better off waiting to get a world title shot against IBF/WBC 175-lb champion Artur Beterbiev, WBA ‘regular’ champ Jean Pascal or WBA belt-holder Dmitry Bivol. Callum did well against Beterbiev early on October 2018 before getting stopped in the fourth round. 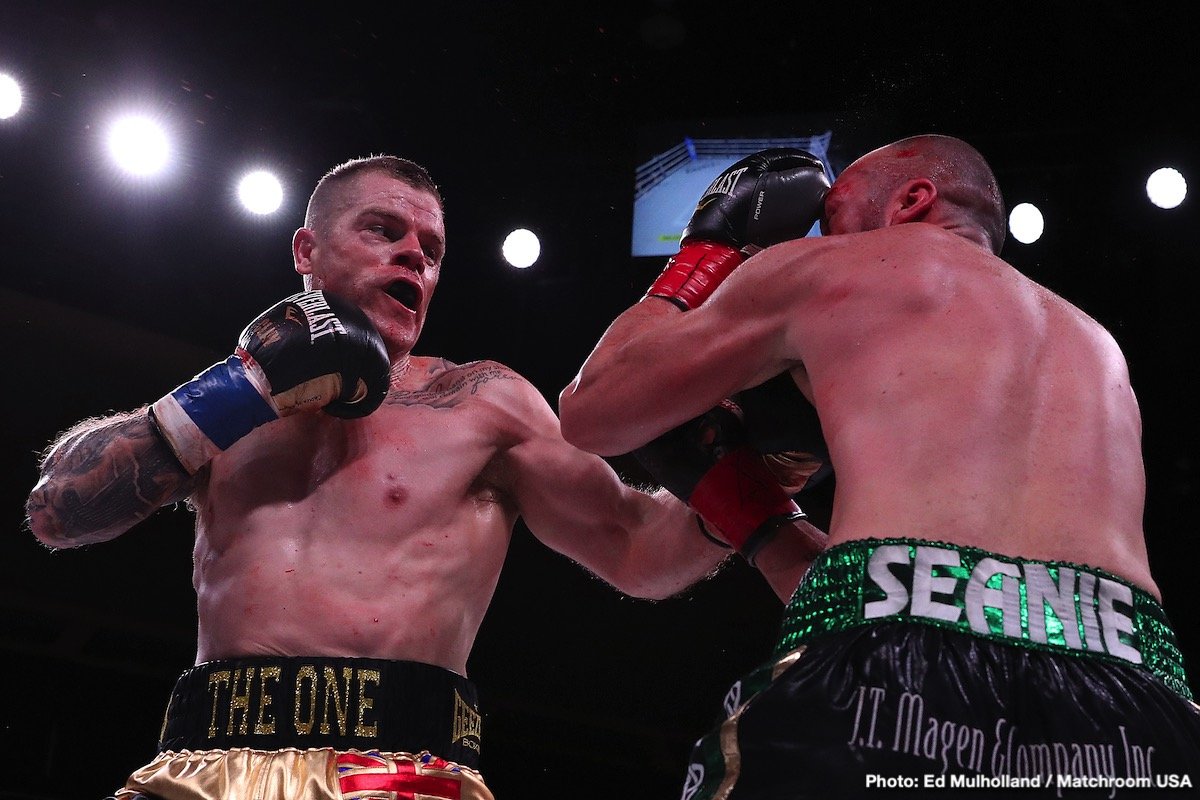 Hearn wants Buatsi vs. Johnson in 2021

“My recommendation is he fights this year, and then he goes straight into the Buatsi fight,” said Hearn about Callum. “I doubt that Buatsi will fight in December, but we’ll have to see. But get Callum Johnson out, and then let’s go, let’s do the fight.

“It’s a brilliant fight for both. I’ve made the offer [to Team Johnson], and I’ll wait for the counter-offer and what they want to do. The option is for them to fight in November, and then go straight into the Buatsi fight or fight for the European title and then Buatsi.

“I’m open to anything they want to do. Joe [Gallagher] sometimes goes into one of his modes on Twitter. ‘Oh, Callum this.’ We love Callum; he’s brilliant, let’s go. The plan [for Buatsi] was always to go in December, but we have to look at the eye. It’s not ideal.

“Perhaps he won’t fight in December, but Callum hasn’t boxed in well over a year. So we’ll give him a fight in November and then go into Buatsi [in December] or whatever Callum wants to do.

“I just want to get him active because one of the problems with Callum Johnson’s career is inactivity. It’s a great fight [Buatsi vs. Johnson], I’d love to make it. What a fight. There’s no excuse not to make that fight,” said Hearn.

Buatsi’s left eye injury could make it difficult for him to return to the ring in December. Hearn is overlooking the potential of Buatsi needing more time to recover before he’s ready to get back in action. 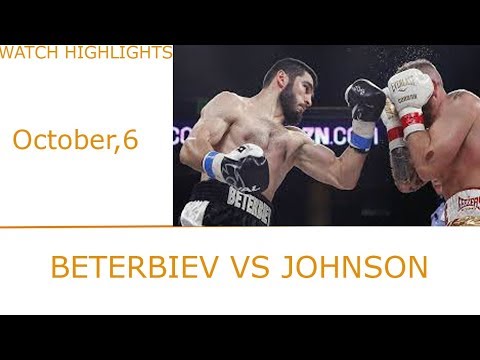 If Buatsi were to fight Callum in December, that eye could be an issue for him. It’s one thing for Buatsi to fight a non-puncher like Marko Calic with one eye, but it’s a whole nother kettle of fish to face a knockout artist like Callum with just one good eye.