By Charles Brun: Bob Arum revealed that he has five options for Tyson Fury to defend his WBC heavyweight title against on December 5th in the UK. Of the five, the Top Rank boss Arum says three of them are good.

Arum said they had to be ranked in the top 15 with the World Boxing Council without naming who the candidates are.

We already learned on Monday that one of the options is bottom-ranked #15 WBC Agit Kabayel. Still, Arum likely knows it would be a rating disaster if he picked Kabayell as Fury’s next opponent for December 5th.

American boxing fans have not seen the German fighter Kabayel fight, and the hardcore fan that has seen him don’t seem to be impressed with him.

“No, quite the contrary,” Arum said to Boxing Social when asked if Fury is still obligated to fight Wilder. “If the [Fury vs. Wilder 3] fight isn’t made by October 15th, which it wasn’t or December 19th, which the parties have agreed to, Tyson Fury is free to fight anyone he wants. 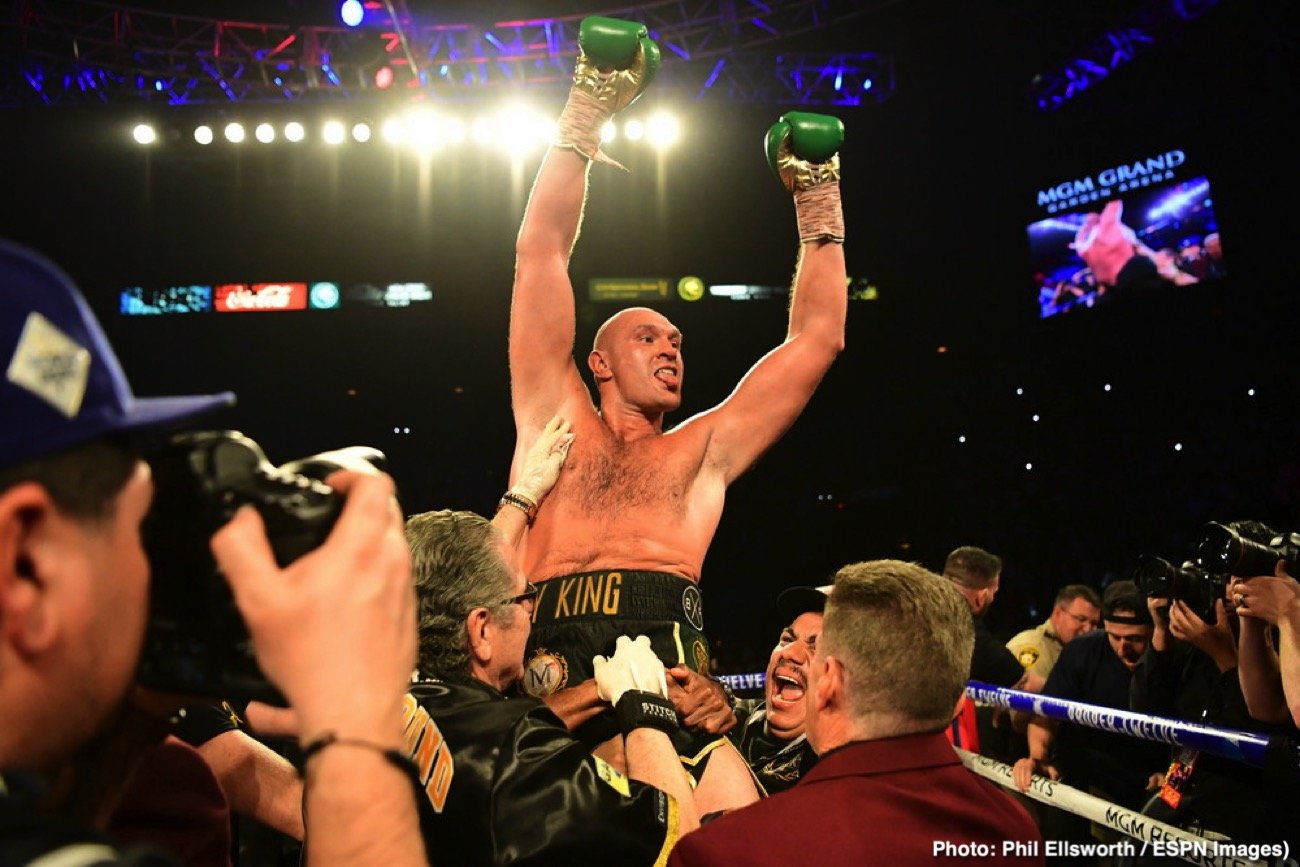 “Next year, he can fight Joshua or Pulev or anyone he wants. He isn’t obligated contractually to fight Wilder.

“It has to be a fighter rated in the top 15 of the WBC,” said Arum when asked who Fury will be fighting on December 5th. “We’ve examined the list, and there are five fighters that would be available and would make good fights or maybe as little as three. Hopefully, this week, we’ll be able to select an opponent from the available fighters,” Arum said.

These are the rumored options for Fury’s December 5th contest:

Arum must select someone good out of those fighters, seeing that this match will set-up Fury’s two unification contests against IBF/WBA/WBO heavyweight champion Anthony Joshua next year.

Ideally, you want Fury to take on the best available fighter so that he can create a lot of buzz heading into the Joshua fight in the spring of next year. It will look weak on Arum’s part if he picks an easy mark like Kabayel, Martin, or Ajagba for Fury to fight.

Out of that bunch, Kabayel and Rivas are likely in the top two due to Top Rank promoting both of those guys. Kabayel has worked with Fury before, so it would be a gesture on his part to give him a title shot.

Given that Fury’s next fight will be shown on ESPN in the United States, he must pick an opponent that Americans have seen before and are interested in. Rivas is better known than Kabayel in the States, and there’s no disputing that. 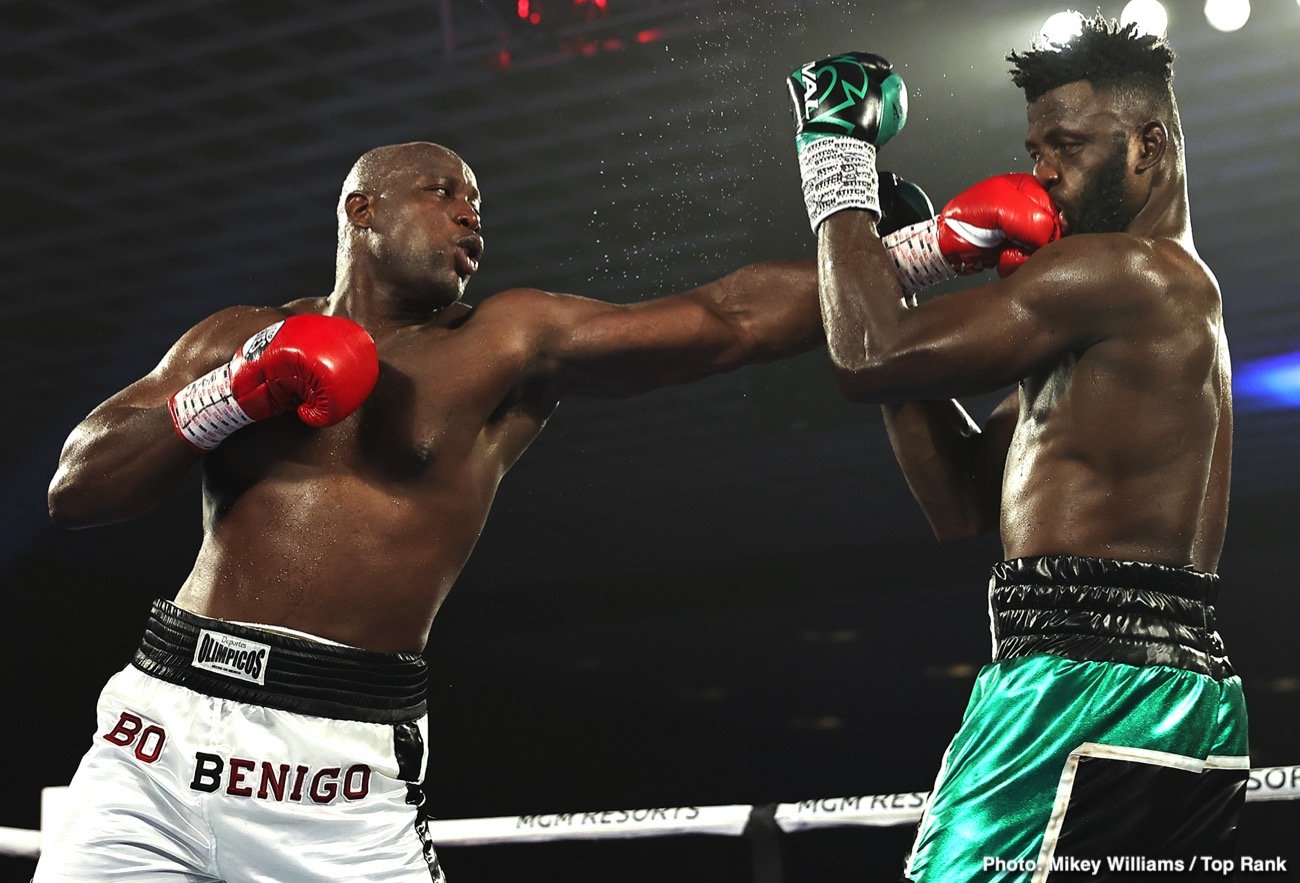 The best of the bunch would be Michael Hunter, who’s gained a lot of notoriety from his fights against Alexander Povetkin, Sergey Kuzmin, Martin Bakole, and Oleksandr Usyk. Matchroom Boxing recently promoted hunter, but they chose to let him go following his controversial 10 round draw against Povetkin last December.

That was an odd move on Matchroom’s part, as Hunter is arguably a superior heavyweight than most of the fighters in their stable. He’s not from the UK, though, which might have hurt his chances of staying with them.

Tyson didn’t want to wait until next year to fight

“Under the contract that we had with the Wilder people, the rematch had to be done by a date in October,” said Arum to Boxing Social. “Actually, it was July, and it was postponed into October.

“That’s equivalent, American football, to your Premier League. So it was crazy to put on a fight on pay-per-view [between Fury and Wilder] in the United States under that lineup. And then when we looked around, there were no dates available in December.

“So they gave us both Fox and ESPN, a late January date, and a late February date where we could do the fight. When we presented that to Tyson Fury, he said, ‘Look, I’ve been training every day, I’ve got to do a fight this year.

“If Wilder isn’t available, which he isn’t for the fight, then I’ll do a fight in England.’ I think Frank Warren picked December 5, and then I’ll look forward to next spring for a fight against Anthony Joshua, should Joshua beat [Kubrat] Pulev.

Gypsy King losing out on money

Fury’s impatience in choosing not to wait an extra month until January to fight Wilder will likely cause him to lose out on a lot of money.

The payday that Fury would fetch in a trilogy match with the talented Deontay would sure as heck beat what he’ll get by fighting someone like Kabayel, Martin, Ajagba, Hunter, or Rivas.

There’s nothing wrong with those fighters, but they’re not going to attract as much interest as an opponent for Fury compared to Wilder. That’s why it’s a self-defeating move on Fury’s part not to wait until January or February to face Deontay.

Yeah, Fury is tired of waiting for Wilder, and he wants to fight this year, but it’s not a good time now due to ESPN’s full schedule. That’s not Wilder’s fault.

The mature thing for Fury to do would be to wait an extra month and face Wilder in January rather than fighting one of the non-popular heavyweights on Arum’s five-fighter list on December 5th. It’s not just the difference in money that Fury will be making by fighting one of Arum’s five-person list.

It’s also the fact that Fury won’t receive as much attention fighting one of those five compared to if he were to take on Deontay for the third time in January.

If Fury is fine with losing millions of dollars by fighting one of the non-name heavyweights in December rather than waiting until January to take on Deontay, then that’s on him. It’s a terrible business decision on Fury’s part.

Who’s to say that Wilder won’t lose to someone while he’s waiting to face Fury in 2022 or 2023 eventually? Fury says Wilder can get a few wins under his belt before they fight again.

That would be okay if Wilder could be trusted to win that many fights, but he might not. As a result, Fury will be losing a heck of a lot of money by not fighting Wilder in January.

Hopefully, Arum tried to talk some sense into Fury about it better for him to wait for the Wilder fight rather than fighting someone else in January. Someone needs to tell Fury what he’s losing by not fighting Wilder because it’s a big mistake unless he’s okay with losing the millions that he’d get in facing him again.

“We’re all set with that, it’s a 50-50 deal,” said Arum about the Joshua vs. Fury two-fight deal for 2021. “We’ll iron out the details. We’ll let the two guys have their fights in December, Tyson, against whoever he fights on December 5.

“Joshua against Pulev on December 12th. If they both win, we pretty well know where we’re going with the fight.

“I think within five hours, we can finalize any outstanding details. It’s not rocket science, particularly when you’re making a 50-50 deal,” said Arum.

Joshua’s promoter Eddie Hearn already said that the Joshua-Fury deal was a 50-50 affair a long time ago. If Fury had a second win over Wilder under his belt during the negotiations with AJ, he might have been able to get a 60-40 deal. That shows you what Fury has lost out on by not waiting until January to face Wilder again.

We still don’t know who Fury will be facing in his preliminary fight in December. If it’s someone good like Rivas or Hunter, it’s possible that he could lose. What would be really weird is if both Fury and Joshua lose their fights in December. That would be a huge blow to Top Rank and Matchroom.

It’s too early to be talking about Joshua-Fury right now, as we don’t know if Joshua will win his December 12th fight against Kubrat Pulev. We’ve already see Joshua lose last year to a fighter he was heavily favored to beat in Andy Ruiz Jr, who was brought in as a replacement opponent.

Pulev is at least as good as Ruiz is, and more than capable of knocking out Joshua if he can land enough of his right hands. 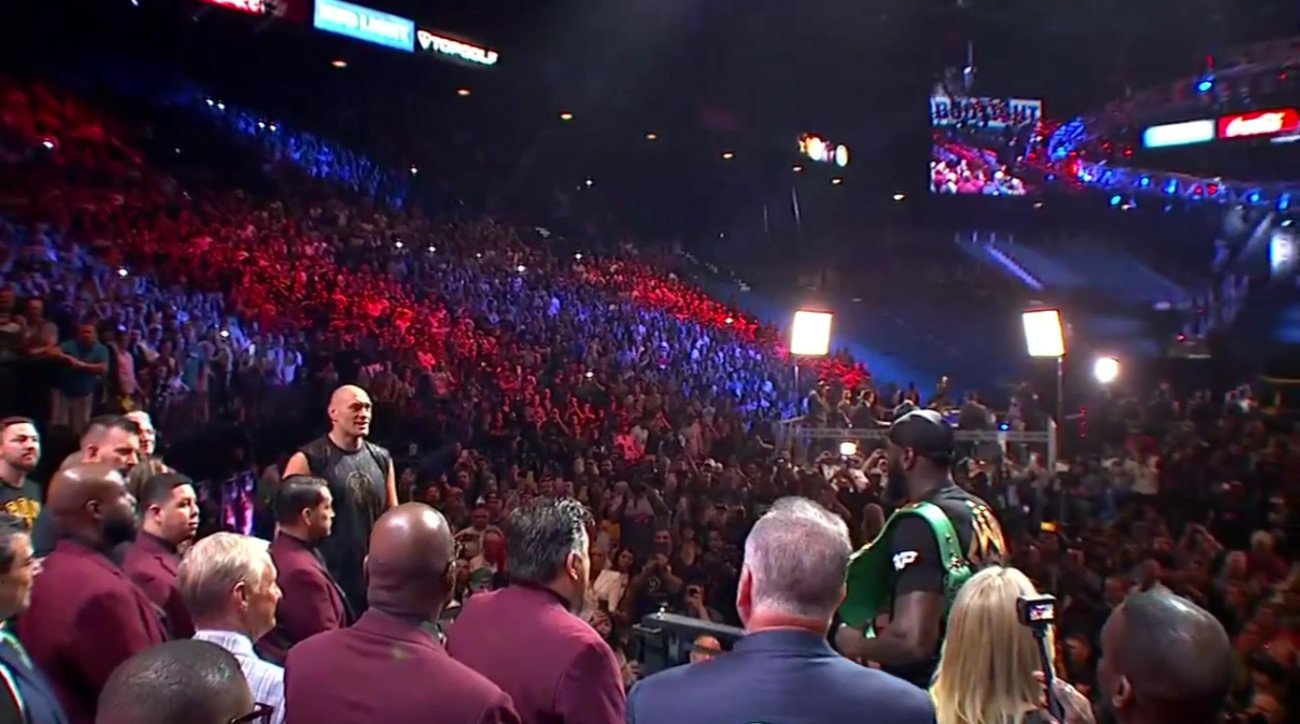