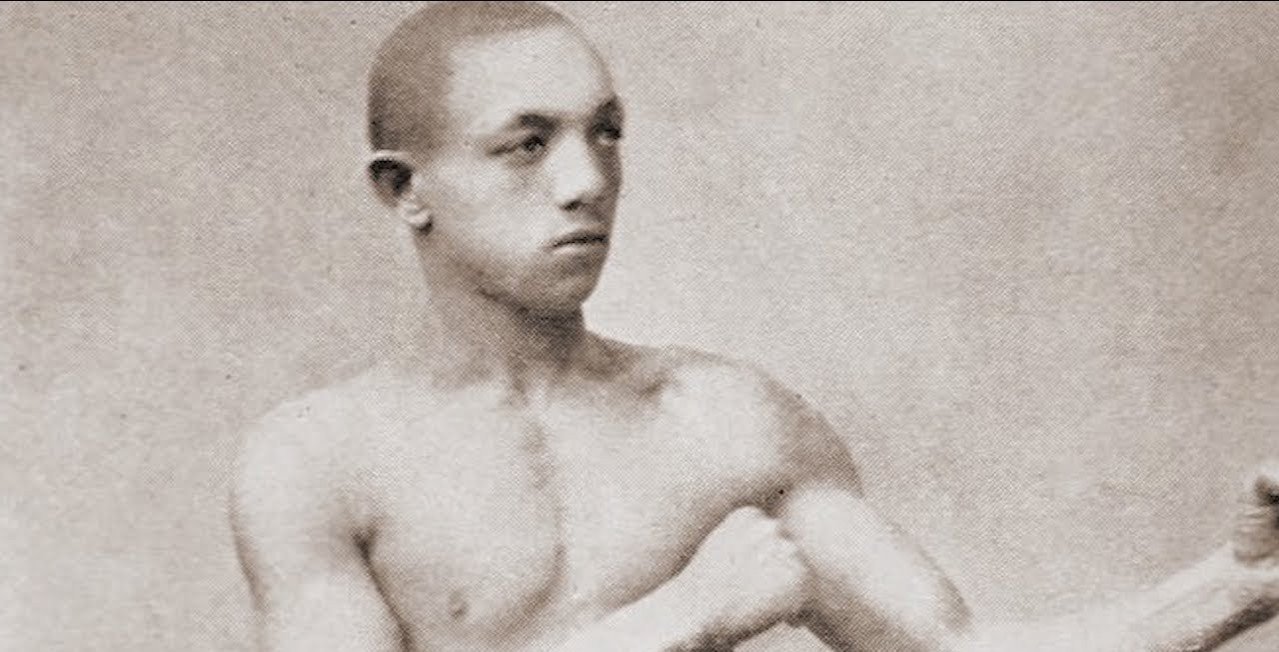 By Luke Beirne:  GEORGE Dixon was born on July 29th, 1870, in Africville, Nova Scotia. In 1888, Dixon became the first black boxer to win a world championship when he defeated Tommy Kelly for the Bantamweight title in Boston.

Two years later, Dixon traveled to London and knocked out Nunc Wallace in the eighteenth round for the Bantamweight title, making Dixon the first North American boxer to win a title in England.

In 1891, Dixon knocked out Abe Willis, an Australian, in San Francisco and claimed the Featherweight title. With this victory, Dixon also became the first boxer to hold titles in multiple weight divisions.

At 118lbs and 5’3”, Dixon was quick, clever, and heavy-handed. Under the tutelage of his close friend and trainer Tom O’Rourke, Dixon reigned as a champion for a decade and participated in the most title fights in history until Joe Louis.

Like Jack Johnson, who followed in his footsteps, the champion dressed well, gambled freely, and ensured that black fans had front row seats to his fights.

In June 1900, the National Police Gazette, the foremost authority on American boxing, called Dixon “the greatest pugilist the world ever saw.”
Between 1886 and 1906, George Dixon fought approximately 800 times while traveling across the United States and Canada.

At times, he fought in dance halls and fairgrounds as many as fifteen times a week. Due to the conventions of the era, most of these bouts extended until one fighter was too tired to continue or was knocked out.

For instance, in 1890, Dixon and a New Yorker named Charles “Cal” McCarthy fought, in two-ounce gloves, for seventy rounds. The four-and-a-half-hour fight was eventually ruled a draw after a brutal back and forth left both men exhausted.

One year later, Dixon and McCarthy met again at the Troy Bicycle Club in Troy, New York. Though Dixon won by knockout, racist refereeing meant that he had to knock McCarthy out in both the third and twenty-second round before being declared the winner.

As his second bout against McCarthy indicates, Dixon’s rise to greatness was undertaken in the face of severe racial oppression. It has been suggested and supported by contemporary sources that most of the losses and draws on Dixon’s record should have been recorded as wins.

George Dixon was one of the most technically innovative fighters of the late nineteenth century. In fact, he is generally credited with the development of shadowboxing as a sustained and serious training technique. It has even been claimed, by the Nova Scotia Sport Hall of Fame, that Dixon introduced the heavy bag to boxing.

In 1899, Dixon faced off against a South African boxer named Young Pluto for the Featherweight title of the world in front of 5,000 people. It was the first time in history that two black boxers fought for a world title. Though Dixon was outweighed by over ten pounds, he knocked Pluto out with a left hook to the body one minute into the tenth round.

Despite amassing a significant amount of money, Dixon succumbed to alcoholism and ended his life as a beggar on the streets. On January 6th, 1908, George Dixon, the first black world champion, passed away in Bellevue Hospital, New York.