Brook denies that he’s cashing out against Crawford

By Kenneth Friedman: Kell Brook says he’s not cashing out for his fight against Terence Crawford on November 14th on ESPN. Brook is annoyed by the handful of people in the boxing world that assert that his overall reason for taking the fight with the 33-year-old Crawford is to get a final payday before he bows out of the sport.

The former IBF welterweight champion Brook (39-2, 27 KOs) insists that he’ll be going in there to use his size and power to dethrone the unbeaten pound-for-pound fighter Crawford (36-0, 27 KOs) in ‘The Bubble’ at the MGM Grand in Las Vegas, Nevada

It’s easy to understand why fans believe that Brook is just looking for a golden parachute to cushion his landing in the retirement years. The lack of quality opposition that Brook has fought in the last three years is a big hint that he’s looking for a payday by facing Crawford.

Boxing fans want to know why Brook didn’t attempt to set up a big fight against anyone since his loss to Errol Spence Jr in 2017. Brook could have challenged Jarrett Hurd when he held world titles at 154 and WBC champion Jermell Charlo, but he failed to do so.

“Everyone’s going on about me cashing out like it’s a big payday. Why would I go through a cash out when it’s Crawford?” said Brook to IFL TV. “I went for this fight because I know I’m the boy. I’m going to be a two-time world champion.

“I’m putting myself through it. Before I leave this sport, I want to know how good I am. It’s not a two, three-month training camp. It’s five months that I’ve been grafting.

“I’ve had a feeling this fight was coming across. So I’m ready. This fight presented itself, and I know the form I’m in and the frame of mind I’m in that this is the time to become champion of the world against the pound-for-pound arguably #1.

“So I become #1 when I take the crown away from Crawford on November 14th. I don’t know if that nose job took away his senses,” said Brook on Carl Froch saying that he’s ‘cashing out.’

“He’s not reached out to me to ask why or whatever. He’s just going by what he thinks, which is completely wrong. I’m not going to go in there and look for a way out. I’m going in there 1000 percent confident that you’re going to see a hell of a fight on November 14th,” said Brook.

Kell has the size, power, toughness, and pedigree to defeat Crawford. What we don’t know is if Brook has the foot and hand speed to get the job done, as Crawford is faster. 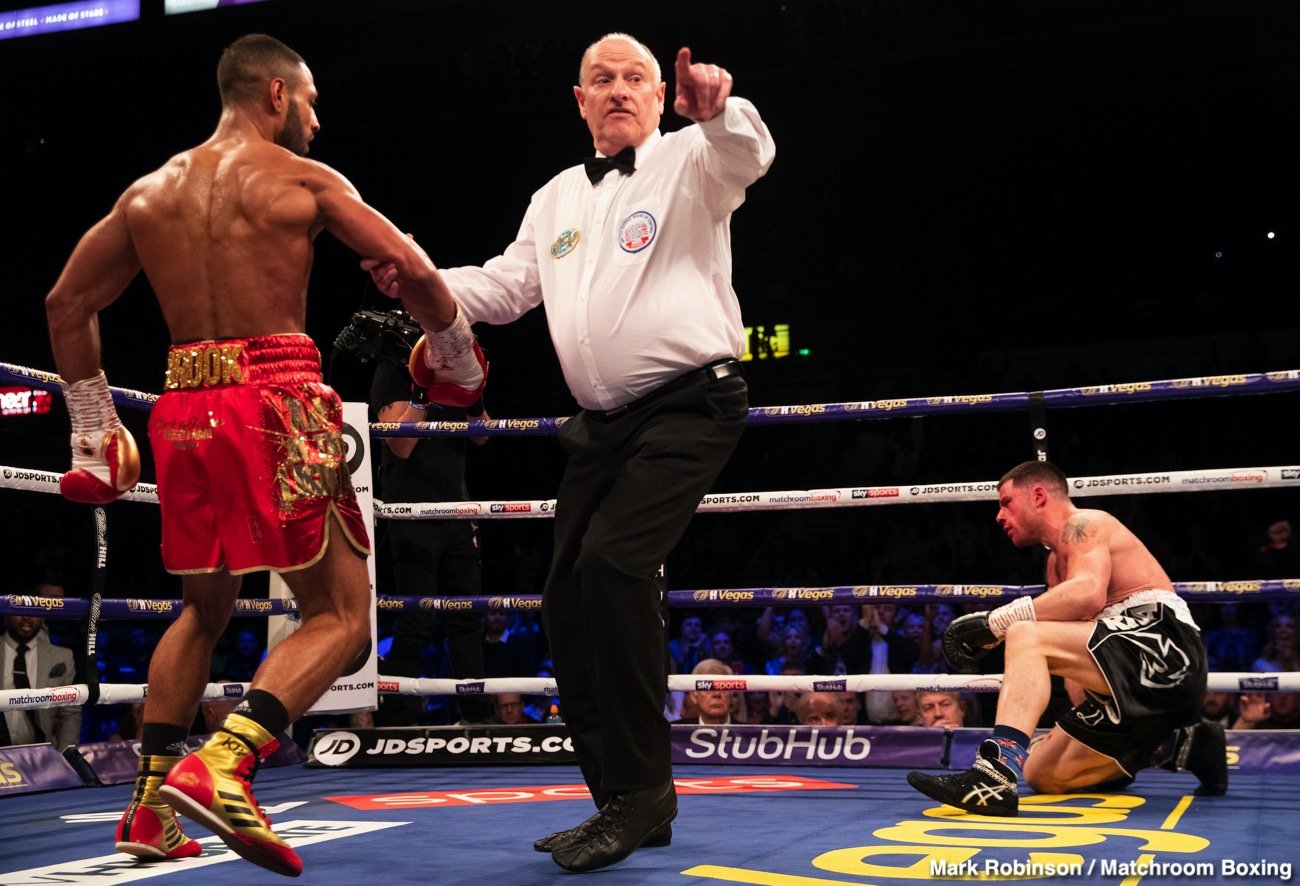 Nobody has done that in Britain. I’m so fired up. I want this fight now. I’m ready to go. Terence Crawford is going to get beat. He’s an elite fighter that is fighting an elite.

“I’m the bigger man. He’s never boxed anyone of my size and my determination. I’m going in there to dethrone this man. Back me because I’m taking that title back home to Britain,” said Brook.

We saw from Brook that in the early rounds against Gennadiy Golovkin and Errol Spence was a fighter that can beat Crawford. But in both of those fights, Brook eye injuries that led to him losing.

If Brook doesn’t suffer additional eye injuries, he could pull off the upset against Crawford. Since Brook hasn’t done anything since those fights with his career, it’s natural that fans would doubt him. Brook hasn’t proven himself lately.


« Saunders Vs. Murray Lands On December 4 in London