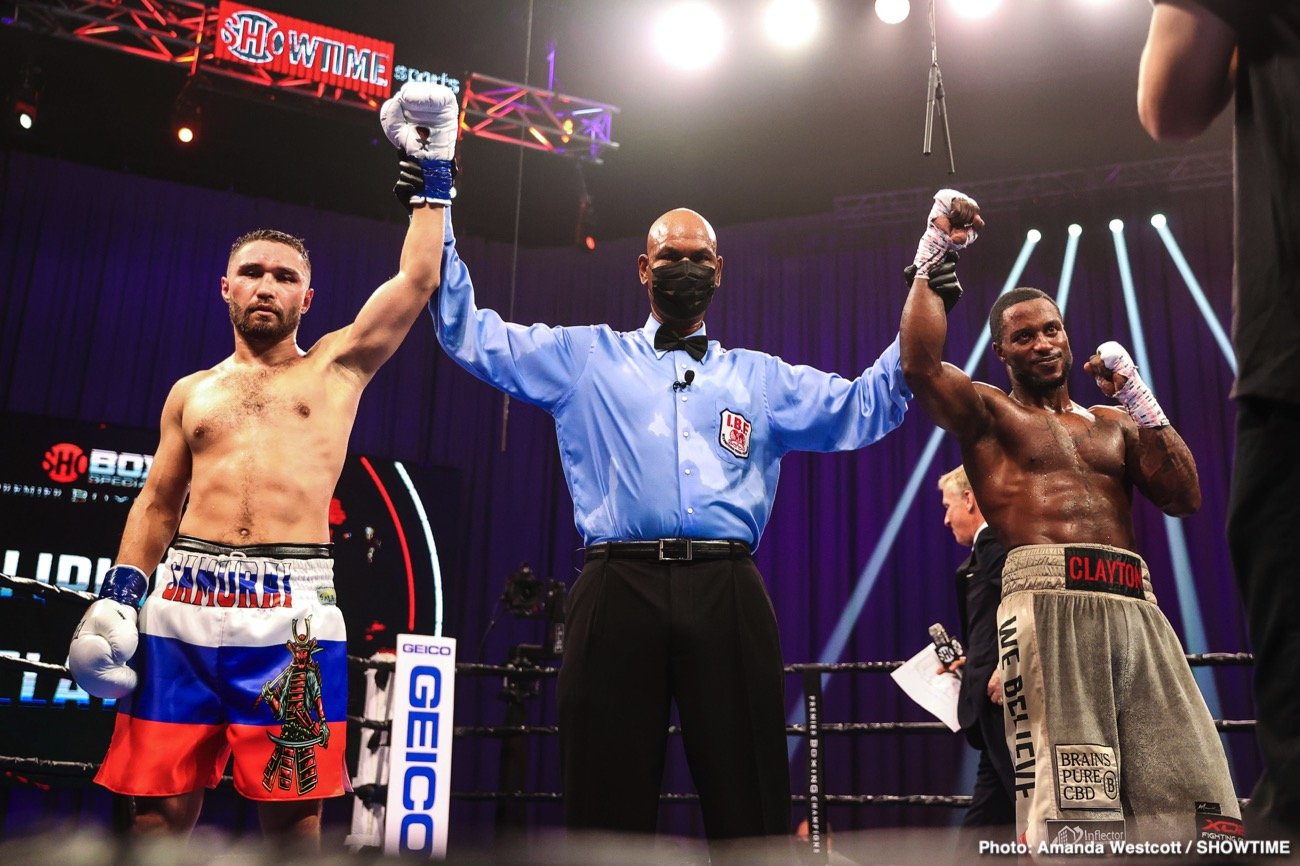 By Mark Eisner: In a seesaw battle, Sergey Lipinets (16-1-1, 12 KOs) and Custio Clayton (18-0-1, 12 KOs) ended in a disappointing 12 round draw Saturday night in their battle for the interim IBF welterweight title at the Mohegan Sun Arena in Uncasville, Connecticut. 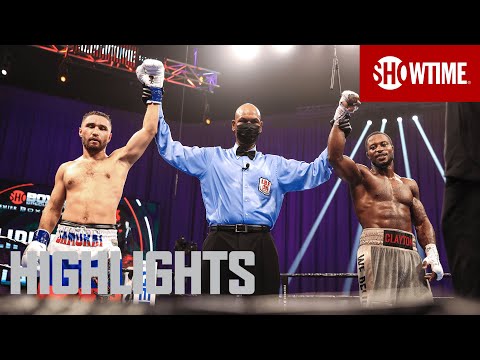 Lipinets dominated the first six rounds, and Clayton came on in the last quarter of the fight. Rounds 7, 8, and 9 were close and difficult to score. But the last three were clearly Clayton rounds. Lipinets looked gassed out and not strong at the end.

Lipinets faded in the championship rounds

Neither of the two fighters showed that they’re a threat to IBF welterweight champion Errol Spence Jr, who would be a nightmare for them.

The former IBF light-welterweight champion Lipinets had a chance to win the fight, but he wasn’t consistent in the championship rounds. He allowed Clayton to outwork him and take important later rounds of the contest.

Clayton finished strong in the 12th round in getting the better of Lipinets, but it wasn’t great stuff from him. The 33-year-old Clayton landed many jabs, and he had a big advantage with them over Lipinets.

What we saw from Lipinets was mostly power shots. He was trying to take Clayton’s head off with every shot, and it wasn’t going to work. But if you guy by which of the two fighters landed the harder shots, Lipinets was the clear winner. The judging of fights is never consistent.

Lipinets hasn’t shown that he’s got the right style to win a world title at 147. He was better when he fought at 140. In that weight class, he was able to get away with his flat-footed style of fighting. His power went a lot further down there compared to at 147.

A rematch would be in order for Clayton and Lipinets. Hopefully, the second fight is a little more interesting to watch than tonight’s fight was. It wasn’t exciting at times and lacked drama.

Undefeated Xavier Martinez (16-0, 11 KOs) beat Claudio “ Marrero (24-5, 17 KOs) by a 12 round unanimous decision in a WBA super featherweight title eliminator on the undercard.

Hard-hitting light-welterweight ubriel Matias (16-1, 16 KOs) defeated Malik Hawkins (18-1, 11 KOs) by a sixth-round stoppage. Hawkins was knocked down in the sixth. After the round ended, Hawkins chose not to continue.


« Devin Haney reacts to Mayweather saying “too many belts”