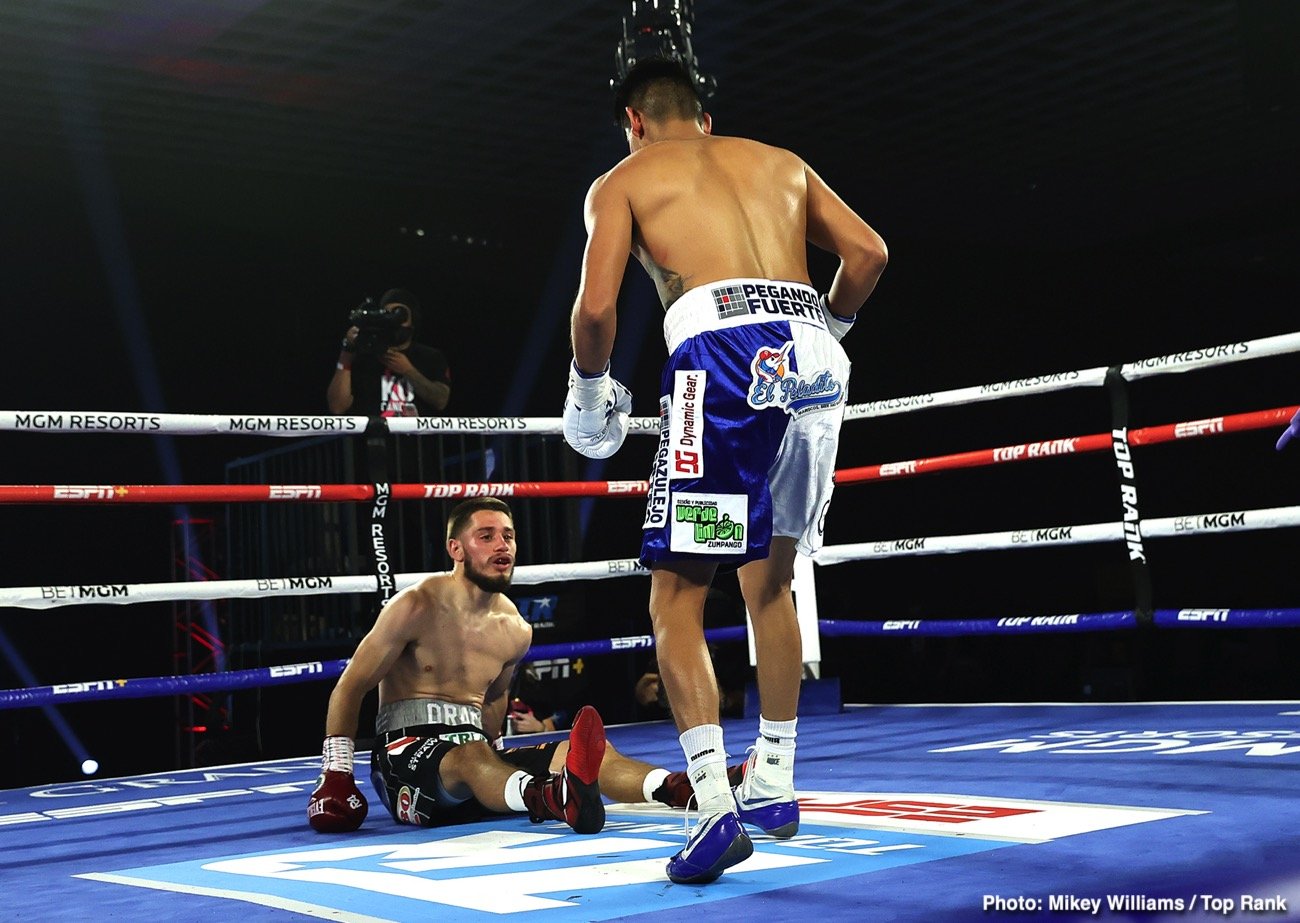 By Mark Eisner: Emanuel “Vaquero” Navarrete (33-1, 28 KOs) got off to a good early start and was able to coast to a 12 round unanimous decision over the previously undefeated Ruben Villa (18-1, 5 KOs) to win the vacant WBO featherweight title on Friday evening at the MGM Grand in Las Vegas, Nevada.

Villa appeared to hurt Navarrete in the 11th round, but he couldn’t take advantage of it. 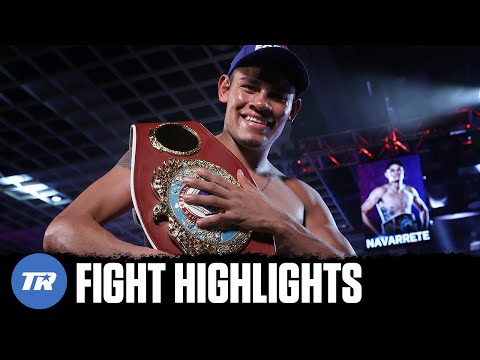 Former WBO 122-lb champion Navarrete, 25, scored knockdowns in round one and four in catching the light-hitting Villa with clean shots. However, by the sixth round, Navarrete had gassed a little and wasn’t fighting at the same pace as he had earlier.

The knockdowns clearly made the difference in the fight for Navarrete. If not for them, he would have lost the fight.

The younger fighter Villa, 23, was able to take advantage of Navarrete’s fatigue to get the better of him over most of the last seven rounds of the contest.

Navarrete gave away too many rounds for him to earn the decision, but it’s entirely not surprising that he was given the victory. He’s the guy that Top Rank is trying to turn into a star, and he wasn’t going to lose unless he was knocked out.

Villa got caught with a huge left uppercut from Navarrete that dropped him in round one. Three rounds later, Navarrete bowled Villa over with another hard left hand.

Going into the fifth round, Navarrete’s knockout win seemed inevitable, but Villa did a good job of moving his feet and adjusting. He figured out Navarrete, and from that point on, he was jabbing, moving, and getting out of the way of his punches.

Navarrete had problems making weight last Thursday. He had to strip down completely to make the 126-lb limit, and he didn’t look in great shape. It wasn’t surprising that Navarrete couldn’t finish strong in the second half of the fight.

Villa was impressive in losing tonight, as he showed boxing skills that the division hasn’t seen in a while. The comparisons that some fans are making with Vasily Lomachenko fit Villa well. He’s a clever fighter who can do a lot of things, but his power is weak. If he had more power tonight, he might have knocked out the tired Navarrete in the second half of the fight.

If Navarrete can’t improve his stamina, he might not keep his WBO 126-lb title for long. He can probably hold onto the title if Top Rank matches him carefully by keeping him away from guys like Gary Russell Jr and Jessie Magdaleno. He can probably beat everyone else, though.

Top Rank needs to make sure they don’t match Navarrete with former WBO 126-lb Champion Shakur Stevenson. If the had kept his WBO featherweight title an defended it against Navarrete tonight, he would have trounced him. It wouldn’t have been competitive.

Navarrete is too slow and limited to beat a talented fighter like Stevenson and it’s likely that Top Rank knows that already. Hence, they didn’t bother matching Navarrete up with Shakur during the brief time that he held the WBO featherweight belt.

The height and long arms of Navarrete will give a lot of fighters problems at 126, but he’s too slow to beat Stevenson or Gary Russell. If Ruben Villa was able to out-box Navarrete tonight, you can only imagine what some of the better fighters would do to him.

Navarrete is a carbon copy of Antonio Margarito with his physique and the way he fights.