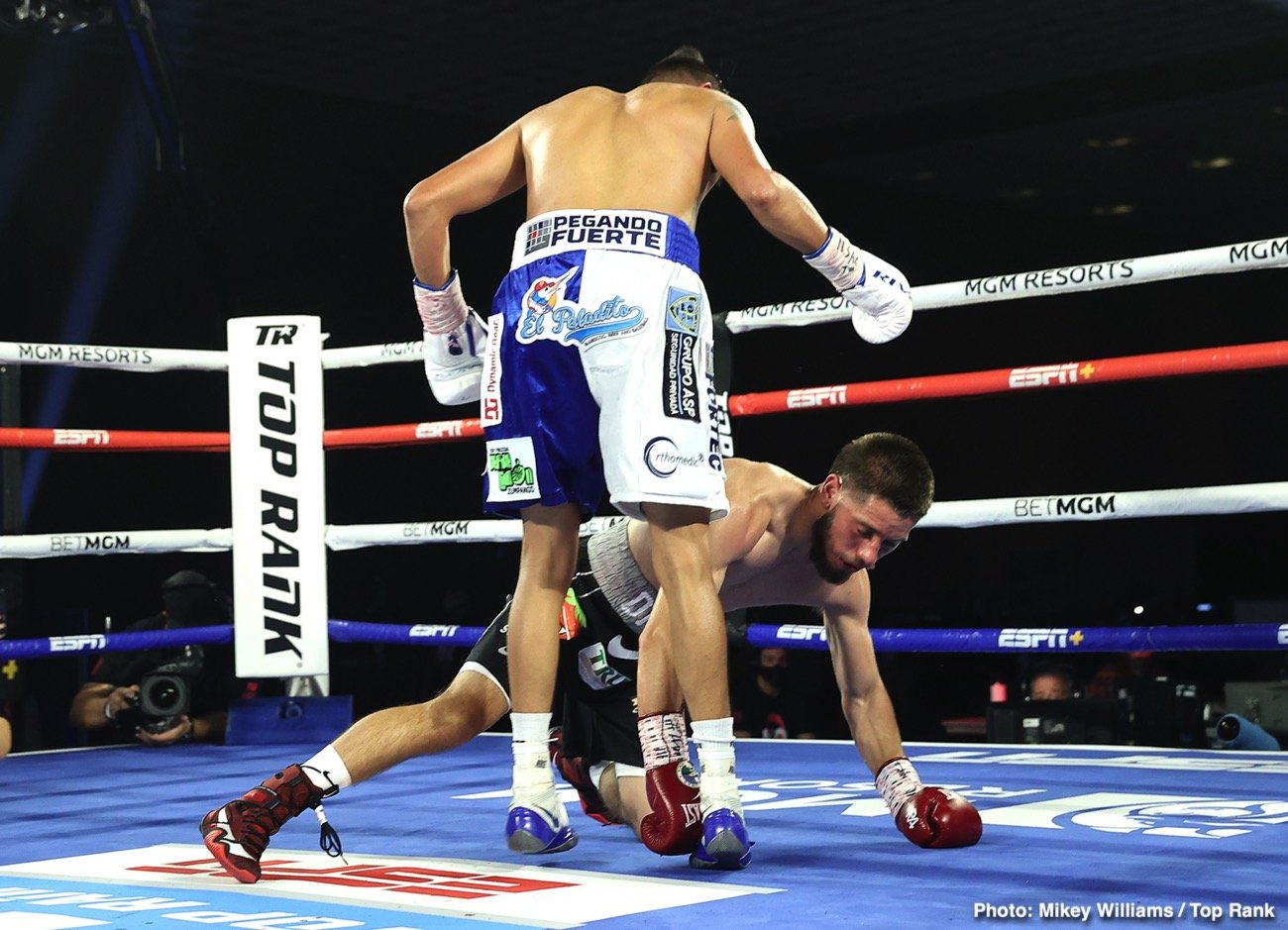 Navarrete (33-1, 28 KOs), who made five defenses of his WBO junior featherweight world title, is now a two-weight world champion.

Navarrete knocked down Villa in the first and fourth rounds to build a healthy lead on the scorecards. Villa (18-1, 5 KOs), a slick southpaw boxer, did not have the power to keep the all-pressure Navarrete honest. He did, however, find a rhythm in the fight’s closing stages and nearly did enough in the minds of the judges to salvage a draw.

Navarrete said, “I knew that Villa was a fighter that moved a lot, and I knew that he was going to move even more once he felt my power. I didn’t get the knockout, but I got the victory.

“I’m very happy with this championship. It’s a reflection of all the sacrifices and all the hard work I put in. I conquered my second weight class because of all that hard work.

“I have my sights set on all the world champions at 126. I would love to face {Josh} Warrington. I think that our styles will make for a great fight.”

Middleweight contender Janibek “Qazaq Style” Alimkhanuly brought the thunder. The 2016 Olympian improved to 9-0 with a devastating second-round knockout over Gonzalo Coria (16-4, 6 KOs), who had never been stopped as a professional. An overhand left from the southpaw knocked Coria down and nearly through the ropes. The full count was not needed, as Alimkhanuly upped his knockout streak to three.

Alimkhanuly said, “I want to fight a world champion soon, like Demetrius Andrade and Jermall Charlo. Canelo, of course. Top Rank promotes Ryota Murata at 160. I want to fight him as well. Whoever the top guys are 160, I want them next.”

Jr. Welterweight: Elvis Rodriguez (10-0-1 10 KOs) KO 3 Cameron Krael (17-17-3, 4 KOs), :53. The most explosive prospect in boxing did it again. Rodriguez knocked out the durable Krael, scoring a pair of knockdowns in the third round. The second knockdown kept Krael on the canvas for the 10-count. Krael had only been knocked out once before. Rodriguez has four knockout victories since July 2, all in three rounds or less.

Rodriguez said, “I feel very happy with this performance. This was my first eight-round fight, and things went way better than expected. I knew that I was facing a tough opponent who had only been stopped once, but I also knew that I had put all the hard work in the gym. My goal is to keep bringing up the flag of the Dominican Republic. That’s what I sacrifice for. I do it for my people. This was a big win, and there will be more to come.”

Middleweight: Lorenzo Simpson (9-0, 5 KOs) UD 8 Sonny Duversonne (11-1-2, 8 KOs). Scores: 79-73 and 78-73 2X. Simpson, from Baltimore, had a successful Las Vegas debut, using his southpaw boxing skills to befuddle the previously unbeaten Duversonne. Simpson suffered a flash knockdown at the end of the fifth round, courtesy of a Duversonne right hand.