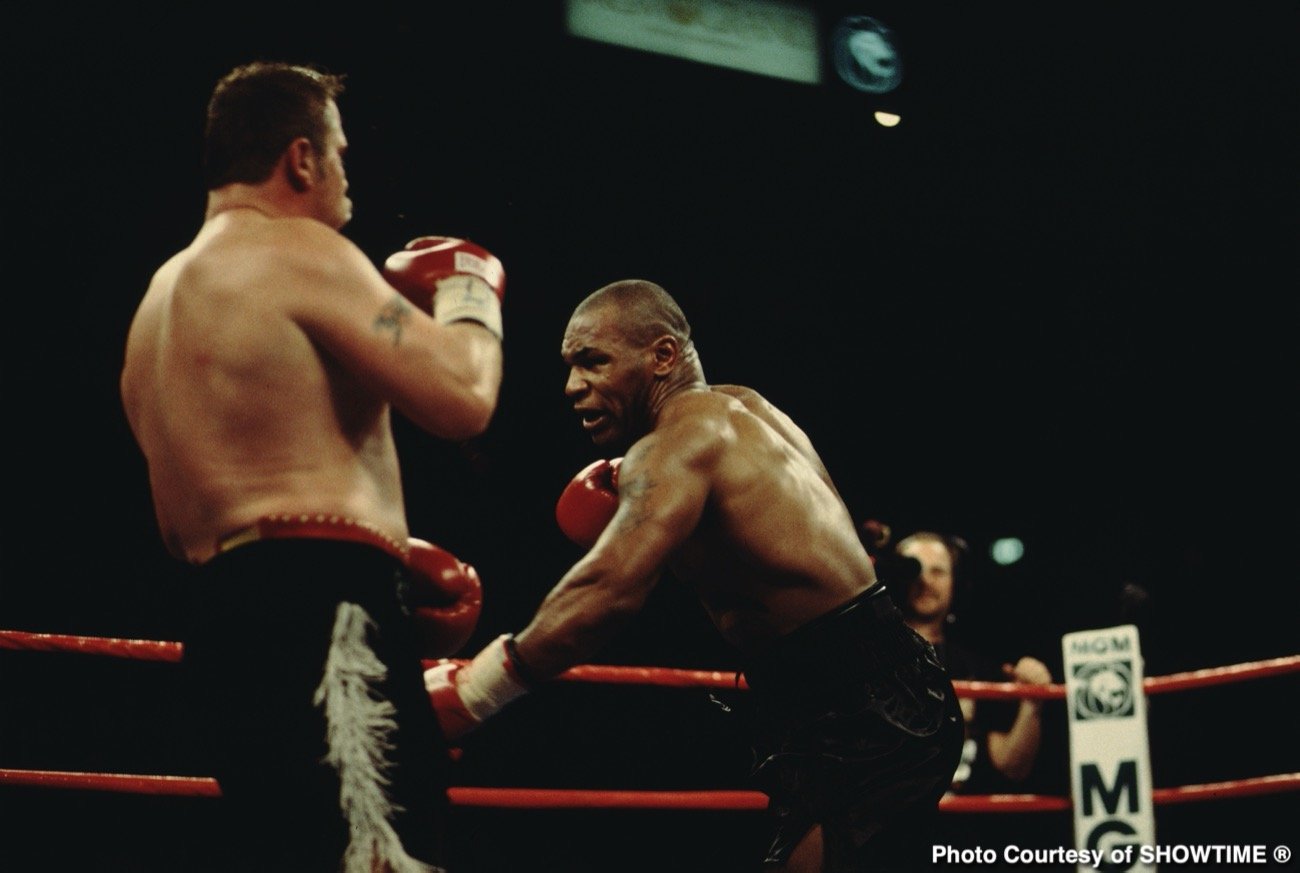 By Allan Fox: ‘Iron’ Mike Tyson says he’d be interested in facing IBF/WBA/WBO heavyweight champion Anthony Joshua in a charity bout if the opportunity arose for the two to fight. Joshua greatly admires Tyson, and he might not want to take the match.

Joshua, 30, would be in a no-win situation in taking on Tyson because he would be widely criticized for taking the match. If Joshua wins, boxing fans won’t give him any credit. If the fight turns out to be more challenging than what people expected it to be, Joshua would be dumped on by everyone. 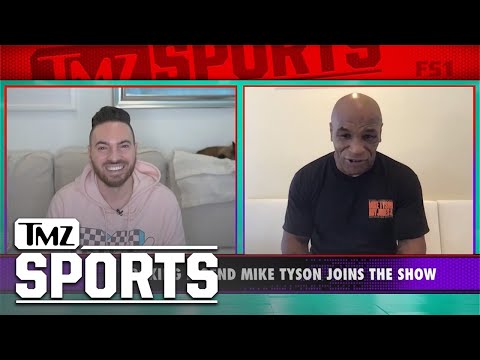 The 54-year-old Tyson is already scheduled to face Roy Jones Jr in an exhibition match on November 28th on pay-per-view at the Dignity Health Sports Park in Carson, California.

If Tyson loses that fight or looks terrible in winning, then that would decrease his chances of getting a fight against Joshua, which would be insufficient, to begin with, and likely won’t happen.

Joshua (23-1, 21 KOs) might not have time to face Tyson right now with his busy schedule, but perhaps in 2022, he might be able to accommodate him.

“I would love to do that. That would be mind-blowing,” said Mike Tyson when asked if he’d be interested in facing Anthony Joshua in an exhibition match for charity.

Tyson and Jones were supposed to have met earlier this month on September 12th, but the organizers chose to reschedule the match to bring in more money. They might as well continue to kick the Tyson vs. jones fight down the road because it’s not going to do as well this year during the pandemic. 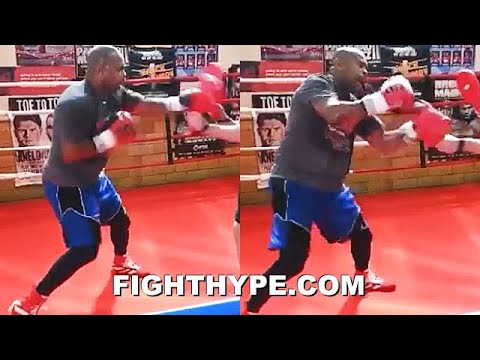 Jones’ hand speed is suitable for a heavyweight, but he doesn’t pack the punching power, size, or the chin to be mixing it up with someone like Tyson. Jones has going for him in this fight is the low stamina that Tyson showed in his final two contests of his career against Kevin McBride and Danny Williams.

Those fights took place approximately 15 years ago, and Tyson’s stamina likely hasn’t improved any since those two fights. If Jones can drag Tyson past four rounds, he can tire him out and then flurry on him until he falls over or quits as he did in the McBride fight.

Jones will try and take Tyson deep into the fight

What we saw in Tyson’s loss to McBride is that he loses his self-confidence quickly when he’s dealing with adversity with someone fighting back hard and reusing to give up. If Jones can last long enough to fight where Tyson’s power dips, then a flurry of shots could be enough to take him out.

While Tyson has looked good working out, Jones looks far less ready to step into the ring. Jones’ once blazing hand speed is gone. He’s now slower and lead-footed. When he throws shots, he seems like he’s waited to be countered. That’s a sign of Jones having suffered one too many knockouts during his career.

Most boxing fans view the Tyson-Jones fight as a mismatch with Tyson likely destroying Roy early with a brutal knockout. The last time Jones fought a puncher, he was knocked out cold in Moscow, Russia, by Enzo Maccarinelli in 2015.


« Gennadiy Golovkin to fight on November 21st on DAZN

Hearn: Joshua will vacate WBO if he must; wants Fury before Usyk »