KSI says he’d beat Mike Tyson because of his age 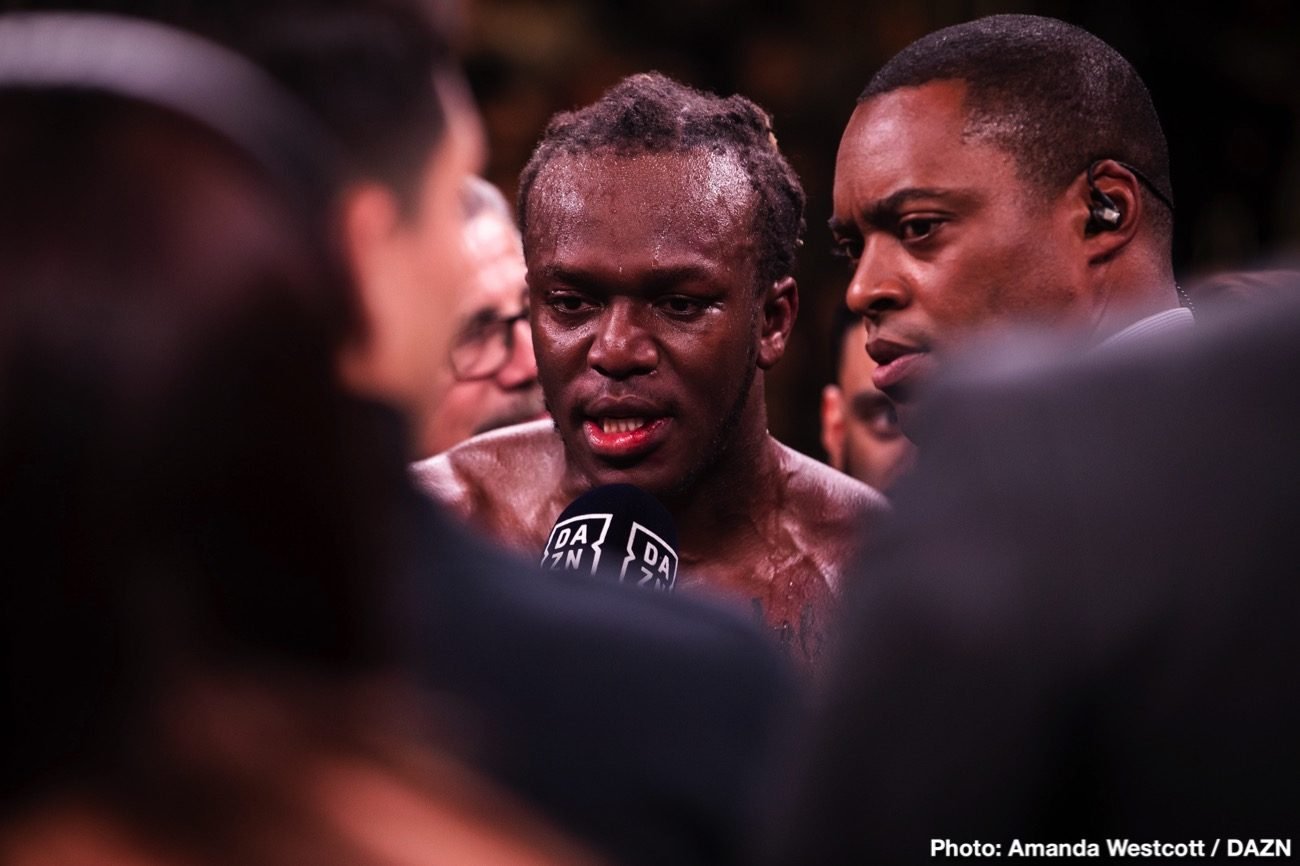 By Kenneth Friedman: Youtube, celebrity KSI, says he feels that he’s got enough youth on his side to defeat 54-year-old former IBF/WBA/WBC heavyweight champion, Mike Tyson if the two were to fight now.

The 27-year-old KSI (1-0), who has only fought once as a professional in squeaking by fellow Youtuber celebrity Logan Paul by a six-round split decision last November, believes he would beat Tyson (50-6, 44 KOs).

The cruiserweight KSI looked wild and all over the place in struggling to defeat Paul last November, and it isn’t easy to imagine him being able to go even one round with Tyson off that performance.

KSI would be fun to see take on a real cruiserweight like Mairis Briedis or Yuniel Dorticos to see how well he’d do, but there would be no way of selling the mismatch. Also, it would be bad for boxing to sell a mismatch of that kind.

First of all, Tyson would probably never waste his time taking on a non-boxer like KSI, as it’s a fight that wouldn’t sell to the main-stream boxing fans. The average boxing fan has never heard of KSI, and the ones that do remember him, they know him for his amateurish performance against Logan Paul.

KSI should accept the challenge of taking on Logan’s brother, Jake Paul, who is a far better fighter and with real punching. It would be a good idea for KSI to prove himself against another Youtuber like Jake rather than wasting his breath by saying he would beat Tyson.

No one that has seen the KSI fight believes him because he doesn’t have any talent in terms of boxing ability. It’s unclear why fans flock to his Youtube channel to listen to him talk, but that’s on them.

Arum doesn’t view it as a fight that would sell at all, as everyone knows that Mayweather would win that match, even if he old. “Anybody who would pay five cents to watch that fight has to have his head examined. Floyd Mayweather, probably if he were 100 years old, it would still be a fairly confident fight,” said Arum to IFL TV

Fans deserve value for their money

If the rumors are correct about the Mayweather-Paul fight, it gives you an idea where the 43-year-old Floyd’s head is at right now. For him to be considering a battle against a Youtube celebrity, it suggests that he’s given up on the idea of ever returning to the ring to face a real boxer. 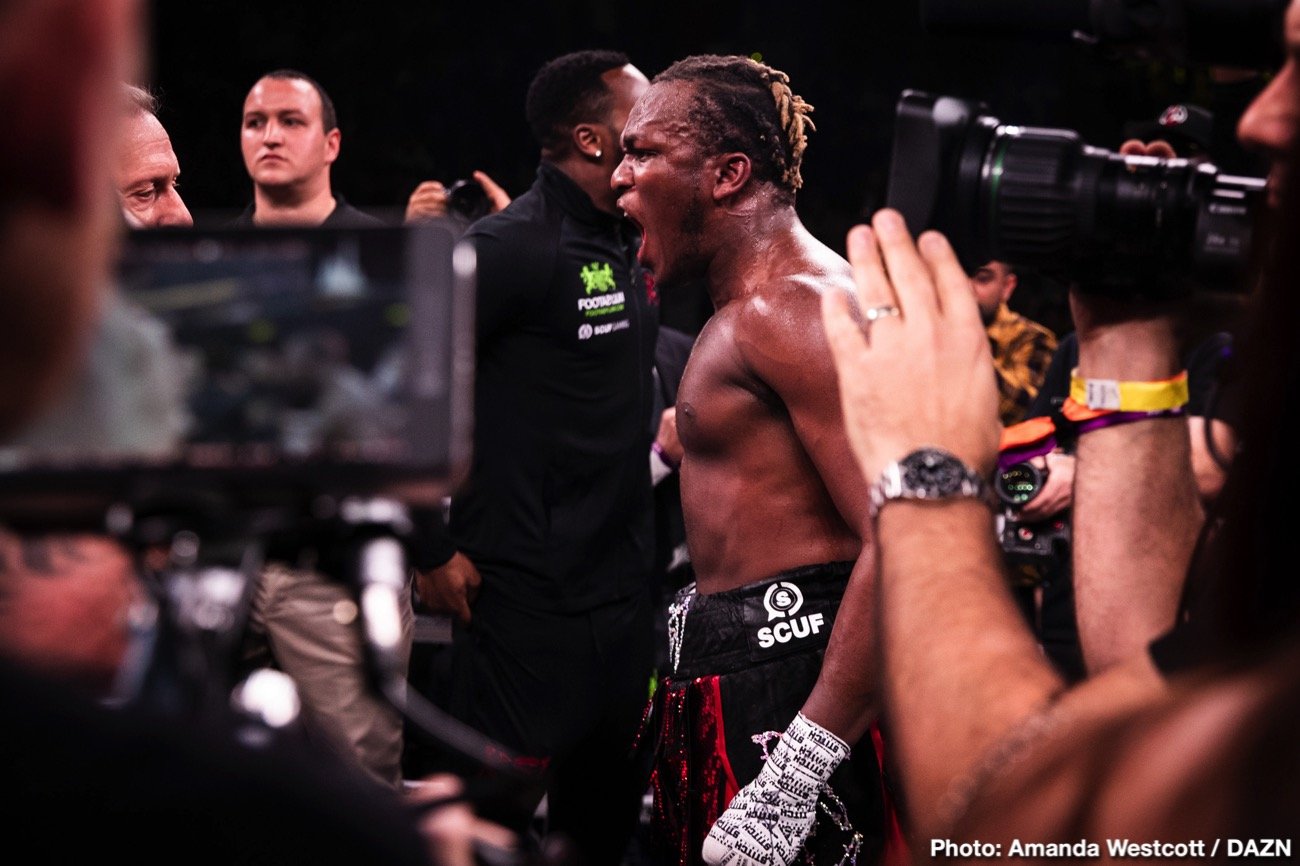 They’re still willing to purchase Mayweather vs. Paul, but it’s not a good look to see Mayweather resorting to that level of fight. It would be one thing if Mayweather were to show his battle with Logan for free, but it puts it on pay-per-view and prices it at $100, which is what his mismatch with McGregor went for; it could lead to a lot of boxing fans swearing off ever purchasing another PPV fight.

When fans get burned badly in buying expensive fight promotions, many say they won’t be suckered again, and they look in another direction to spend their money.

The Mayweather vs. Paul fight ties into the comment that UFC president Dana White recently said when giving his analysis of what’s wrong with boxing, and why it’s going downhill. White said that the promotions are “going out of business” type events where they sell a poor fight, and they get the heck out of town quickly.

In other words, mismatch fights with little entertainment value in some cases are being put on, and the aftermath sees a lot of angry boxing fans who feel they were ripped off. Mayweather-Paul has the potential of fitting the description of a “going out of business” type of fight, which would result in a lot of furious fans when the contest fails to live up to the hype.

If Mike Tyson were to face KSI on pay-per-view, that would be another “going out of business” type of mismatch that would anger fans after Tyson destroys the Youtuber in the first round. 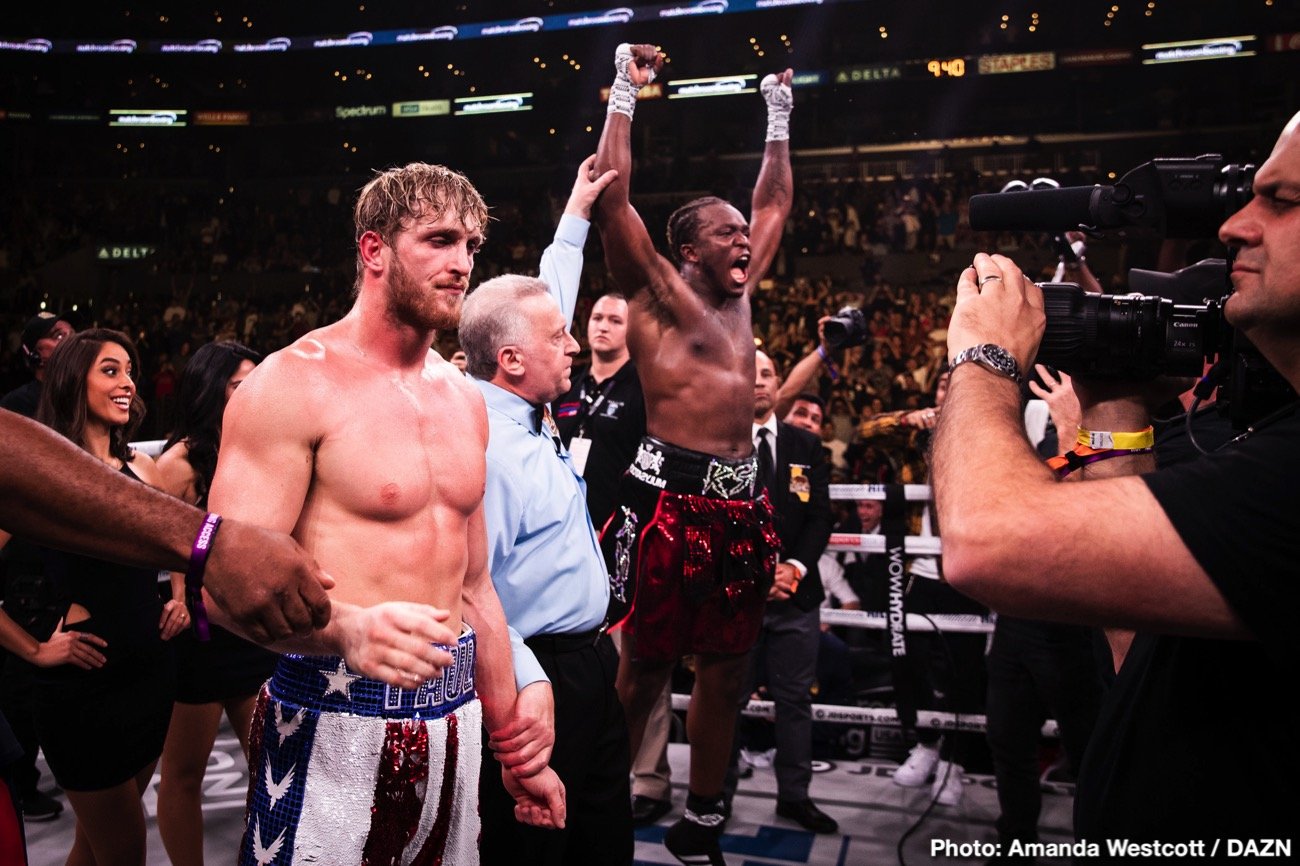 Tyson faces 52-year-old Roy Jones Jr on November 28th on pay-per-view in a charity exhibition match in California. Many fans see that as a terrible mismatch, as Jones has had problems taking punishes since his knockout loss to Antonio Tarver in 2004.

Tyson-Jones has the first-round knockout written all over it, but the fans at least are aware of that don’t mind it. But as bad as a mismatch as the Tyson vs. Jones Jr fight is, it’s 100 times better than watching ‘Iron Mike’ face Youtuber KSI in a mismatch.

It would be beneath Tyson’s dignity for him to stoop to the level where he’s fighting Youtubers like KSI or Logan Paul. If Mayweather wants to do it, that’s not as much of a shock because he’s already shown that he’s willing to take on over-matched opposition since 2015 with his fights against Andre Berto, Conor McGregor, and the  Japanese kickboxer Tenshin.

But for Tyson to get on the same level as Mayweather, it would arguably hurt his legacy. The way Mayweather is hustling fights against over-matched opposition, it’ off-putting, and it arguably hurts the sport of boxing.

During Tyson’s career, he had many early knockouts, and people were still excited at seeing him fight Roy Jones Jr. Fans want to see Tyson back in the ring again, and they don’t mind that he’s facing a chinny fighter like Jones.

People would prefer to watch Tyson take on a real test like a former heavyweight champion like Lennox Lewis, Evander Holyfield, or Riddick Bowe. Still, Jones Jr is a good starting point for his exhibition matches.

« Terence Crawford vs. Kell Brook hasn’t been picked up by UK networks

Sergiy Derevyanchenko – should he move down to 154 to go after titles? »