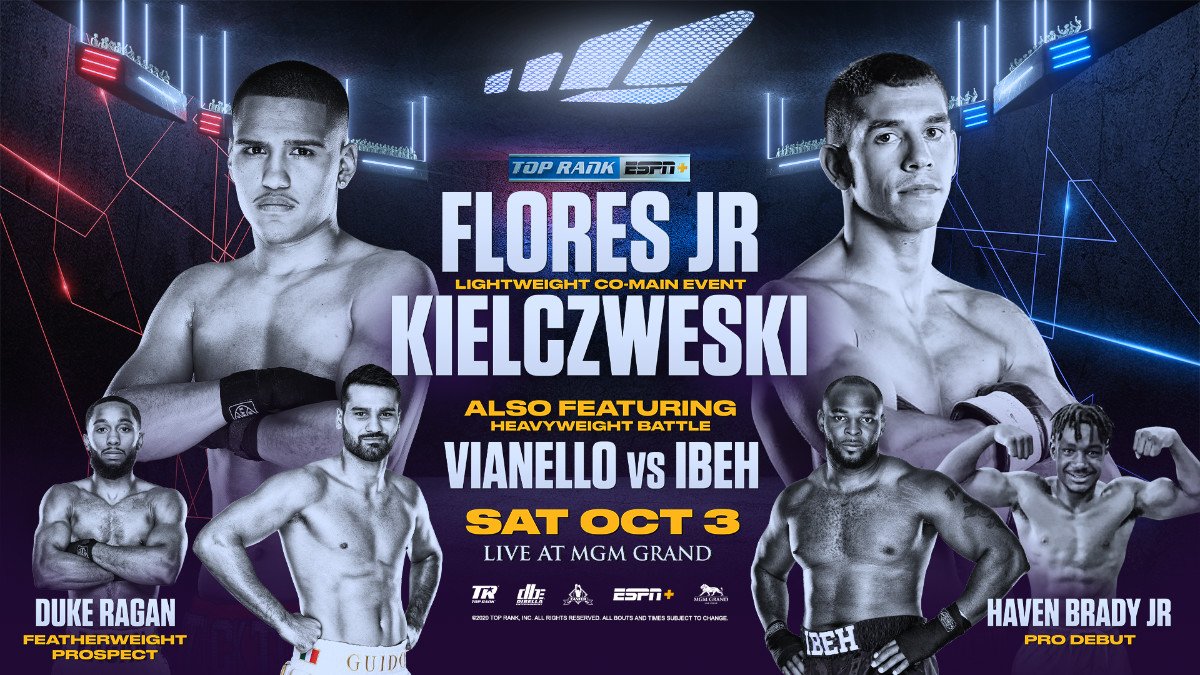 Flores (18-0, 6 KOs), the 20-year-old prodigy who signed a pro contract with Top Rank at 16, recently moved his training base from Stockton to Las Vegas and signed with manager James Prince. He shined on the Deontay Wilder-Tyson Fury II undercard in February, dropping Matt Conway in the opening round en route to a unanimous decision win.

Flores, known as “Stockton’s King,” authored a dominating victory over Ruiz despite entering the fight with a lower back injury. 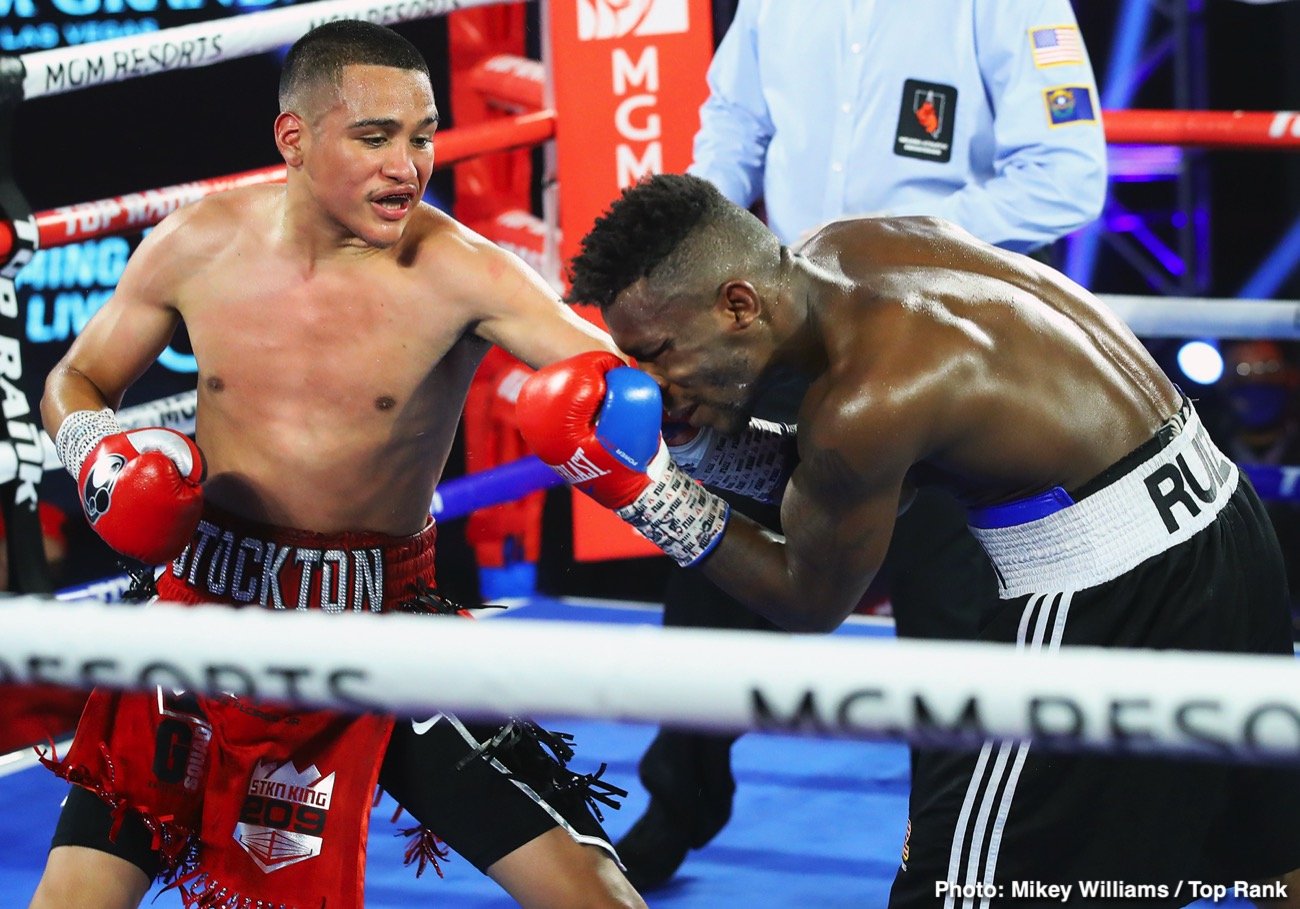 Kielczweski (30-4, 11 KOs), from Quincy, Mass., is the most experienced foe of Flores’ career, a 12-year pro who has won four of his last five and has never been knocked out. He last fought in March 2019 and won an eight-round decision over Nick Otieno in Melrose, Mass. He is no stranger to ESPN audiences, having opposed multiple times on the beloved “Friday Night Fights” series.

“I want to show everyone that I’m ready for bigger and better competition,” Flores said. “I’m prepared for a world title shot.”

“I’m excited to get back in the ring on Oct 3 against a very talented prospect. A win here will put me back where I need to be for bigger fights,” Kielczweski said. “I’d like to thank Murphys Boxing and Top Rank for allowing me to showcase my skills on such a high-level platform.”