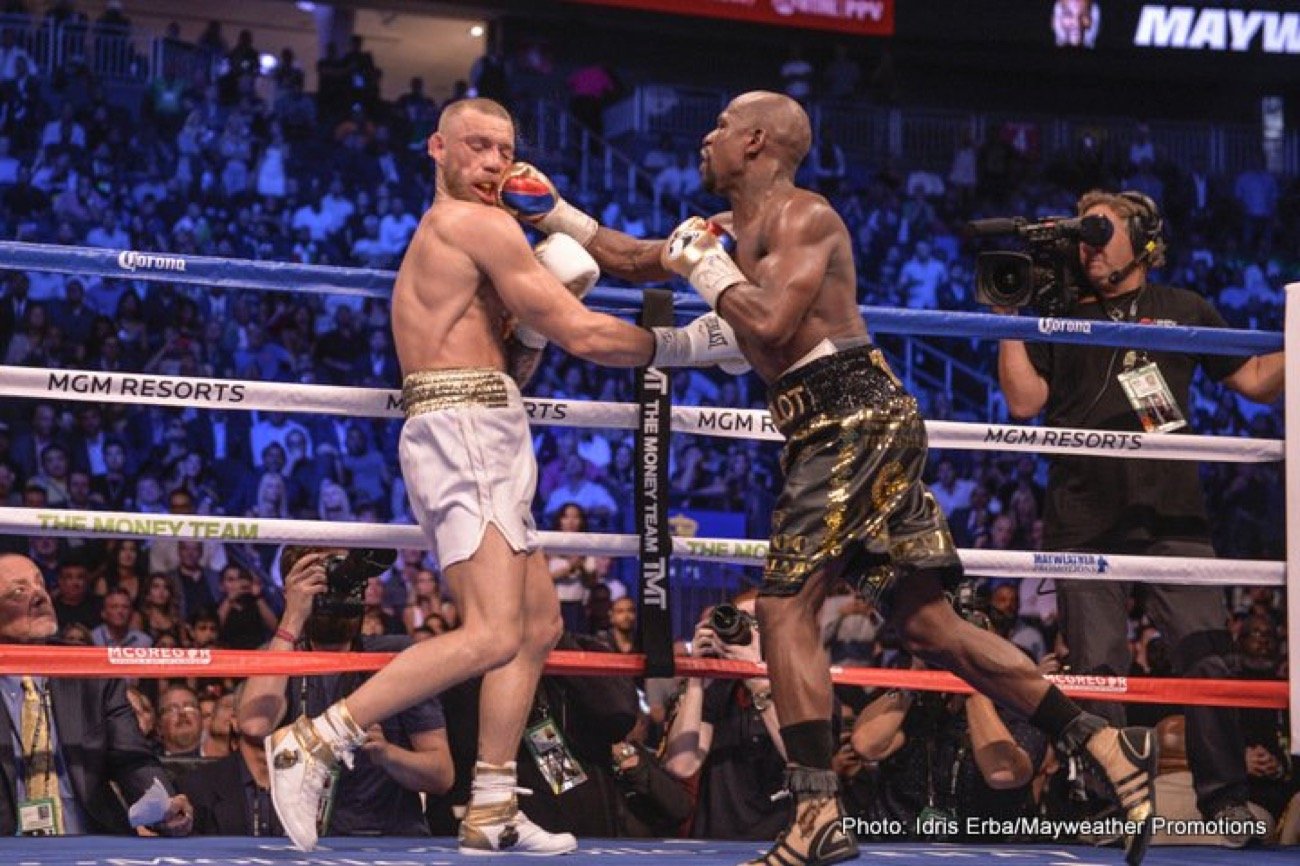 By Matt Lieberman: Conor McGregor has spilled the beans by revealing that he’ll be fighting superstar boxer Manny Pacquiao next in a boxing match in the Middle East. This news hasn’t been confirmed by the former eight-division world champion Pacquiao (62-7-2, 39 KOs) yet, but it’s entirely possible we could see this event take place.

The fight will take place in December or January in one of three locations in the Middle East, according to Mcgregor’s manager Audie Attar. This year would be ideal for the Pacquiao vs. McGregor fight to take place, as boxing needs a good shot in the arm right now. Pacquiao and McGregor could be just what the doctor ordered this year.

Pacquiao, 41, hasn’t fought since beating previously undefeated WBA welterweight champion Keith ‘One Time’ Thurman last July in Las Vegas, Nevada. Manny will be turning 42 in December, and the pandemic may have put an end to his remarkable career.

We’ll have to see if Pacquiao chooses to fight on after he faces McGregor.If this is the last fight of Pacquiao’s 25-year professional career, it’ll give him a nice payday to help feather his retirement years to let him live in luxury in the Philippines.

With Pacquiao’s skills, he could, in theory, knockout McGregor in the first round if he chooses to go all out. There’s the potential there for a considerable amount of backlash from the boxing fans that pay to see the fight if Pacquiao smashes McGregor in one or two rounds.

Hopefully, for Pacquiao’s sake, he carries McGregor for six to nine rounds the way Floyd Mayweather Jr did so that the fans don’t feel ripped off afterward.

“Conor McGregor showed in his fight with Floyd Mayweather he has the skills to fight with the best boxers in the world, and considering that they are both global icons and in the global landscape we live in today would be a tremendous event.”

The weight for the Pacquiao-McGregor fight still needs to be agreed on, but that’s expected to be hashed out well before they battle before the end of 2020.

Will fans pay to see Pacquiao vs. Mcgregor?

McGregor didn’t look good in losing to Floyd Maywether Jr in his only attempt at fighting in a boxing match three years ago. That fight pulled in over 4 million pay-per-view buys and came close to equaling the record set by the Mayweather vs. Pacquiao PPV fight in 2015.

The battle was so one-sided and disappointing to watch; fans probably won’t be interested in seeing McGregor fight Pacquiao on PPV.

Mayweather-McGregor sold for $100 per household, and it wouldn’t be a significant shock if that’s what Pacquiao vs. McGregor sells for as well.

It will be interesting to see if one of the state boxing commissions choose to section the Pacquiao vs. McGregor fight as counting as a professional match. Of course, if the battle is taking place in the Middle East, it probably won’t matter what the State Commissions says about it. If the Pacquiao-Mcgregor fight takes place outside of the U.S, it’s unclear who could block it from counting as a professional fight.

Pacquiao-Mcgregor – will it count as a professional fight?

Mayweather and the Nevada State Athletic Commission took a lot of criticism from fans, who felt that the fight shouldn’t have been sanctioned as counting as a professional match. McGregor had never fought before as a pro or an amateur, and he was going into the fight with one of the best boxers of all time.

If the Nevada Commission sanctioned the Mayweather-McGregor fight as a pro fight, then there shouldn’t be any reason for another commission to station the battle. Maybe it doesn’t even matter. Pacquiao isn’t trying to break any records the way that Mayweather was with the Marciano record. So even if the fight is an exhibition match, it probably won’t matter to Pacquiao. 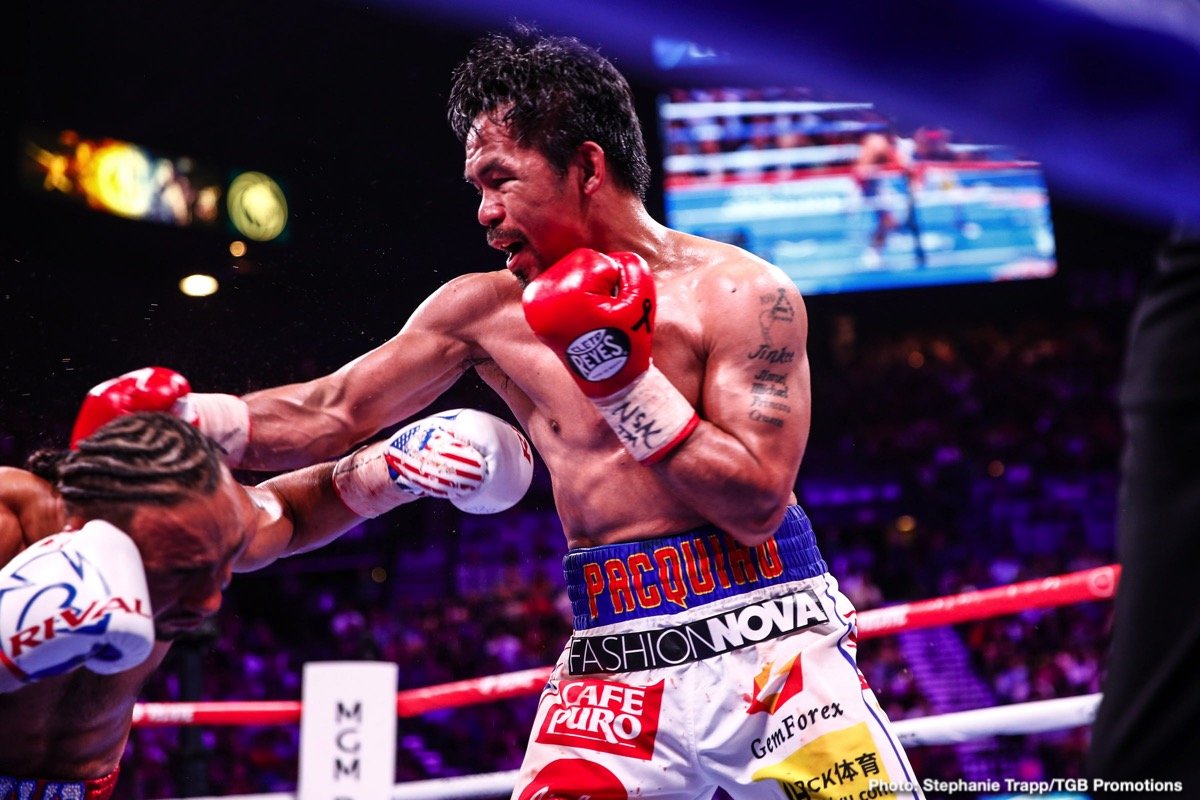 With Mayweather reportedly being in negotiations to fight Youtuber Logan Paul on pay-per-view, Pacquiao won’t look nearly as bad in taking on McGregor.

At least, with McGregor, he was viewed as one of the best fighters in the octagon with the UFC. You can respect Pacquiao a lot more in taking on McGregor than you can with Mayweather facing celebrity Youtuber Paul, who has done nothing in compact sports. In his pro debut, Logan Paul was beaten by fellow Youtuber KSI by a six-round split decision last November.