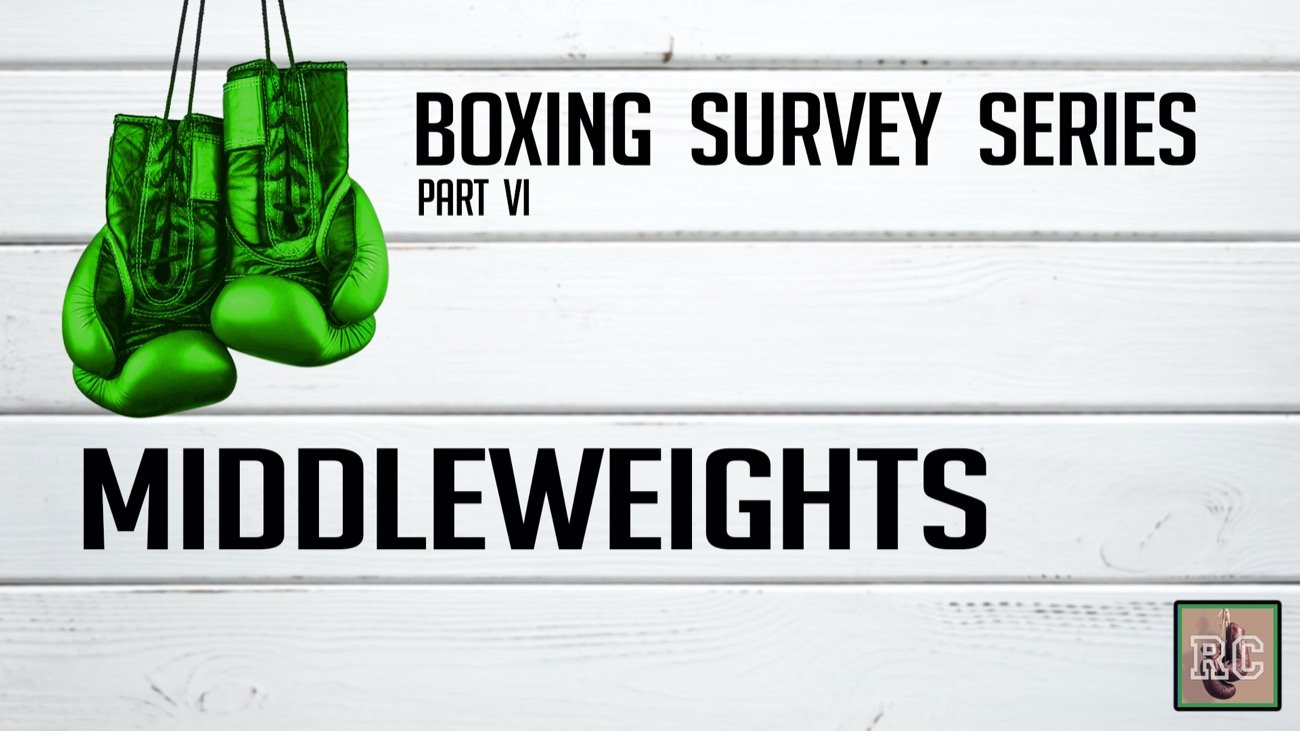 Rummy’s Corner: Welcome to Part 6 of the Boxing Survey Series. In this edition we shift our attention towards the historically rich Middleweight division in an attempt to rank the greatest Middleweight boxers of all time.

That is what this is all about. The Boxing Survey Series is simply an attempt to rank the greatest boxers of All Time. 24 participants were surveyed in total, with each being required to supply and submit nine total lists. Each participant provided a Top 15 list for each of the traditional eight weight classes – flyweight, bantamweight, featherweight, lightweight, welterweight, middleweight, light heavyweight and heavyweight, and each participant also submitted a Top 25 list of the all time best boxers during the long rich history of the sport. No ties were allowed, just straightforward lists numbered sequentially. The participants are those who generally express great interest in the realm of learning more about the wonderful history of professional boxing. In an attempt to help create an element of surprise, the scoring system was not revealed to the participants during the period when the open survey was underway.

The current Middleweight limit of 160 pounds was firmly established back in 1909. This is one of the marquee weight classes in professional boxing and it has a deep rich history. Many great boxing legends have competed as Middleweights at some point during their careers. Among the many outstanding Hall of Fame boxers who had success competing at Middleweight, we have Sugar Ray Robinson, Marvin Hagler, Charley Burley, Carlos Monzon, and Harry Greb just to name a few. In more recent times boxers like Roy Jones Jr, James Toney, and Bernard Hopkins competed as Middleweights, and even more recently we have current boxing superstar Canelo Alvarez and also the highly regarded Gennady Golovkin. Currently Alvarez is the reigning WBA and lineal Middleweight world champion, Golovkin is the IBF champion, Jermall Charlo is the WBC champion, and Demetrius Andrade is the WBO champ.

So who is the greatest Middleweight of all time? And who are the Top 10 Middleweights in all of boxing history? This survey attempts to provide an answer to both of those questions, while also exploring a deeper look into historical Middleweight rankings.

Why Canelo Alvarez should fight Benavidez or Golovkin in September, not Plant765 Total Shares