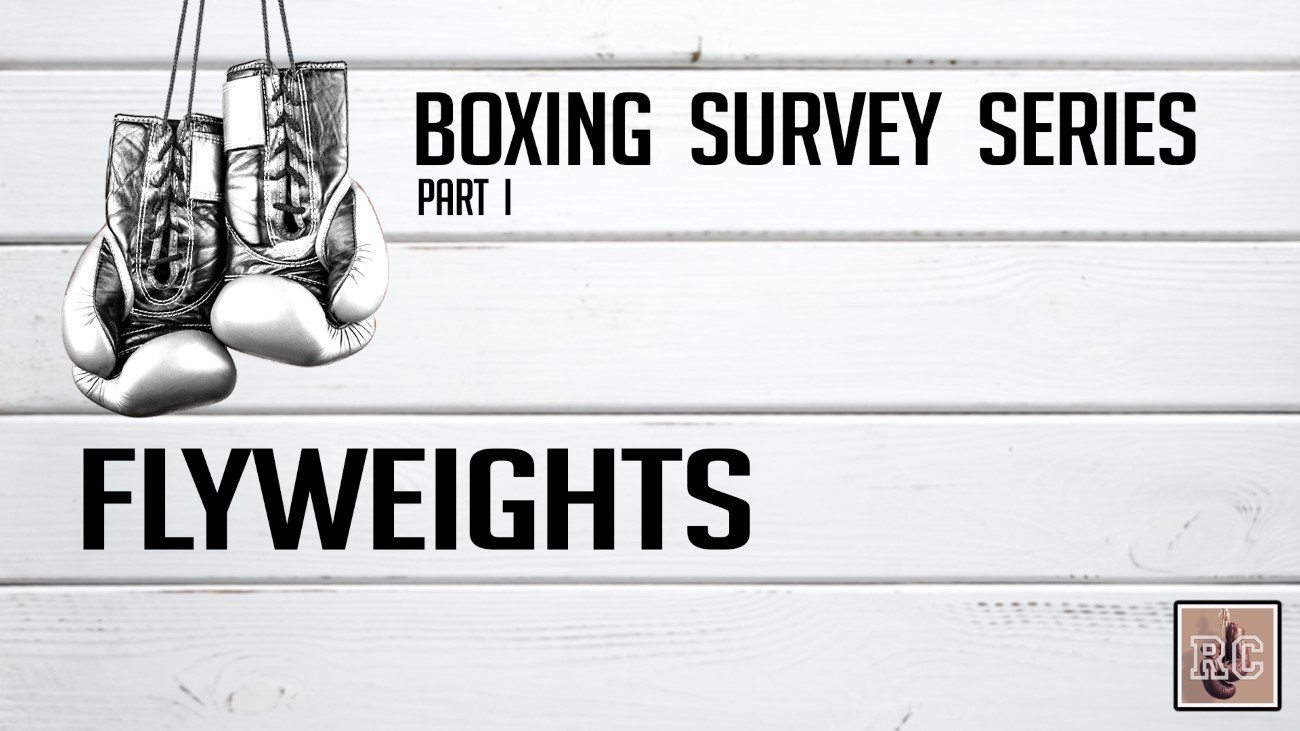 Rummy’s Corner: Welcome to Part 1 of the Boxing Survey Series. This edition is focused on the Flyweight division in an attempt to rank the greatest Flyweight boxers of all time.

The Boxing Survey Series is an attempt to rank the greatest boxers of All Time. 24 participants were surveyed in total, with each being required to supply and submit nine total lists. Each participant provided a Top 15 list for each of the traditional eight weight classes – flyweight, bantamweight, featherweight, lightweight, welterweight, middleweight, light heavyweight and heavyweight. Each participant also submitted a Top 25 list of the all time best boxers during the long rich history of the sport. No ties allowed, just straightforward lists numbered sequentially. The participants are those who generally express great interest in the realm of learning more about the wonderful history of prizefighting. To create an element of surprise, the scoring system that is being implemented was not revealed to the participants during the period when the open survey was underway.

Sid Smith is generally recognized as the first Flyweight champion. His reign began in 1911 when the organization that later became the British Boxing Board of Control recognized the Flyweight division and declared Smith as the first Flyweight champion. There have been a number of tremendous Flyweight champions who have competed during the 109 long years of boxing that have happened since that time, and the objective in this particular edition of this Boxing Survey Series is to try and determine who were the very best of the bunch in the history of this weight class.

This edition of Rummy’s Corner will introduce the new Boxing Survey Series, while covering the scoring system, going through the Top 10 point tallies among Flyweights, while examining some of the survey data. Please watch and enjoy the video for the results of Part 1 of the Boxing Survey Series – the Flyweight division.