Carl Frampton vs. Darren Traynor on August 15 on ESPN 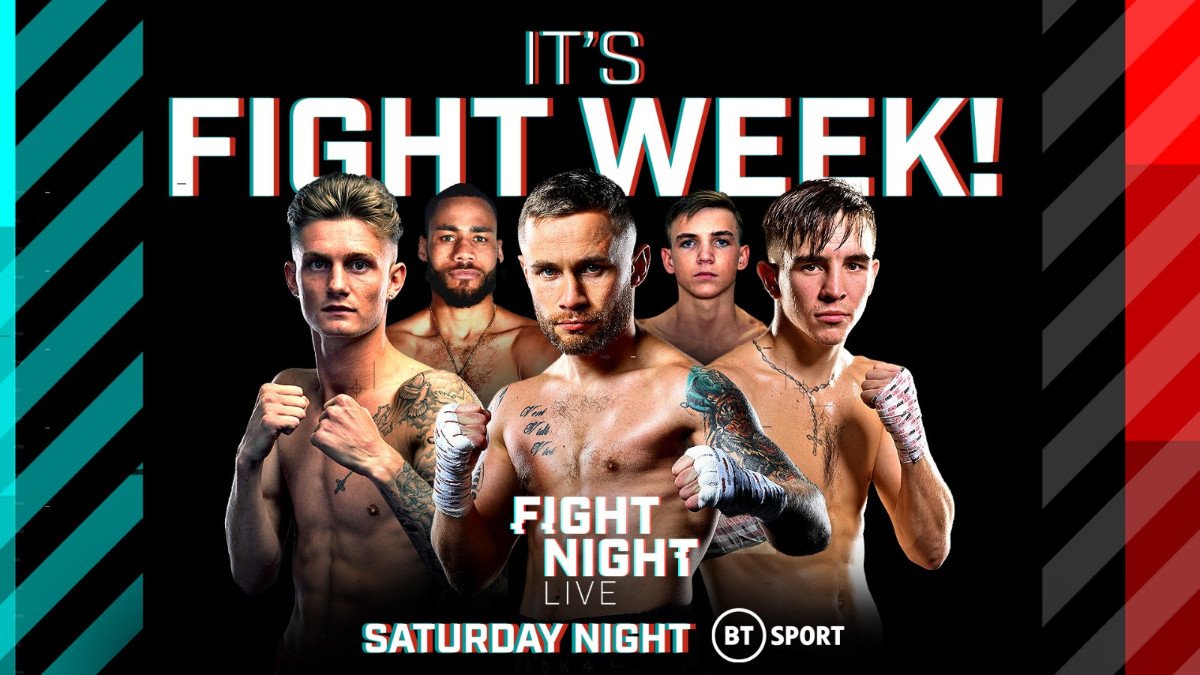 Frampton may need to carry Traynor if he wants to get anything out of the fight. Carl’s management is bringing in Traynor to help him stay sharp for the match later on this year against WBO super featherweight champion Jamel Herring, but it won’t help him if he destroys the guy in two rounds.

Frampton to face Herring in the fall

Up until a week ago, Frampton, 33, had been planning on facing Vahram Vardanyan for this Saturday, but that fight fell out due to the Russian fighter having problems getting his visa in time for the match.

Fortunately for Frampton, the 33-year-old Scottish fighter Traynor was found quickly to take the place of the little known Vardanyan.

The result is essentially the same. Frampton has another lower-level opponent for him to fight to ensure that he doesn’t look before he faces WBO super featherweight champion Jamel Herring possibly before the end of 2020.

“The Jackal” Frampton is taking his second consecutive confidence-builder type of fight to boost him up following his one-sided 12 round decision loss to IBF featherweight champion Josh Warrington two years ago in December 2018.

“The show must go on, and Carl needed a fight after a pretty long layoff,” said Top Rank boss Bob Arum in explaining why he’s facing Traynor.

“His goal is to become Ireland’s first three-weight world champion, and after he’s victorious on Saturday, we will do everything we can to give him that opportunity.”

It’s not going to be difficult for Arum to set up a fight between Frampton and 34-year-old WBO 130-lb champion Jamel Herring, as he promotes both fighters.

Herring wants the fight, as it’s one that he can win. However, Frampton still has a shot at beating Herring because he’s the most flawed of the super featherweight champions by far.

If Frampton has any chance of winning a belt at 130, then it’ll be against Herring. Frampton would likely do poorly against the other belt-holders at super featherweight, especially against WBC champ Miguel Berchelt.

That would likely end badly for Frampton. Hence, Arum isn’t talking of wanting to put Carl in with him.

Frampton’s problem is his metabolism has slowed down as he’s gotten older, and he’s been forced to move up from super bantamweight [122] to featherweight [126] and now 130. Carl doesn’t have the pop in his punches or the talent to compete with the best at 130, and it’s the same situation he was in when he fought at 126.

Although Frampton did win a title at featherweight in picking up the WBA 126lb strap in July 2016 with a narrow 12 round majority decision win over Leo Santa Cruz in Brooklyn, New York, it was a controversial victory. Frampton appeared to lose but was given a highly questionable triumph.

American Santa Cruz failed to realize that by agreeing to fight Frampton in New York, which has a vast amount of Irish boxing fans in the area, mostly had him fighting on foreign territory, even though Frampton is from Northern Ireland.

The crowd in Brooklyn on the night were on Frampton’s side, and Leo might as well have been fighting in Carl’s backyard in Belfast.

In the Frampton-Santa Cruz rematch that took place in Las Vegas, Nevada, in January 2017, Santa Cruz showed that he was the superior fighter, as he did in the first fight by beating Frampton by a 12 round majority decision. Boxing News 24 had Santa Cruz winning by a 116-112 score. It wasn’t close.

Traynor has failed when stepping it up

The 33-year-old Traynor has lost two out of his last four fights since 2017. He was destroyed in three rounds by James Tennyson in October 2017, and then recently, he failed to Juli Giner by an eight-round decision in 2018.

Traynor’s other career loss came at the hands of Liam Walsh in 2016, losing by a fifth-round knockout.

As far as who you can name as the best wins on Traynor’s resume, it’s hard to say because his record is littered with victories over fighters with losing records. If I had to pick the best win for Traynor, it would have to be little known Eddie Doyle.

Each time Traynor has stepped up a level in his career, he’s been slapped back down in losing to Walsh, Tennyson, and Giner. Those aren’t world-class fighters either, which is why it looks terrible that Frampton is fighting him.

Again, Frampton needs a sure-thing win, and more importantly, he needs a confidence booster to help him as he approaches a problematic fight against Herring later on this year.

Just how much confidence Frampton can get from beating someone like Traynor is unclear. Frampton knows the level of opponent that he’s facing in Traynor, and he’s not going to kid himself that he’s facing the best when he isn’t.

Takoucht is coming off of a second-round TKO loss to IBF 126-lb champion Josh Warrington last October in Leeds. That isn’t a good signal of future success for the Frenchman Takoucht as he heads into Saturday’s fight against the time Irish Olympian Conlan, but that’s likely why he was chosen.

Unfortunately, Frampton vs. Traynor and Conlan vs. Takoucht are essentially mismatch [aka showcase fights] for both of them to get easy knockout wins. It’s unclear though whether Conlan will be able to knockout Takoucht because he can’t punch, but neither could Warrington and he stopped him in two rounds.

Conlan will soon be moving down to 122 to go after the belt vacated by WBO super bantamweight champion Emanuel Navarrete. It’s a smart move by Conlan because if he’d kept his #1 ranking with the World Boxing Organization at 126, he’d have to fight Navarrete for the recently vacated 126lb title. That wouldn’t be a good idea for Conlan, which is the sole reason why he’s moving down to 122.

Conlan’s match against Takoucht will be held at featherweight, but after that, he’ll be going down to 122 to go after the WBO belt.

Also on the card is unbeaten welterweight Paddy Donovan (3-0, 2 KOs) fighting a till to be determined opponent.

Eddie Hearn wants Ryan Garcia vs. Luke Campbell in the UK in London »