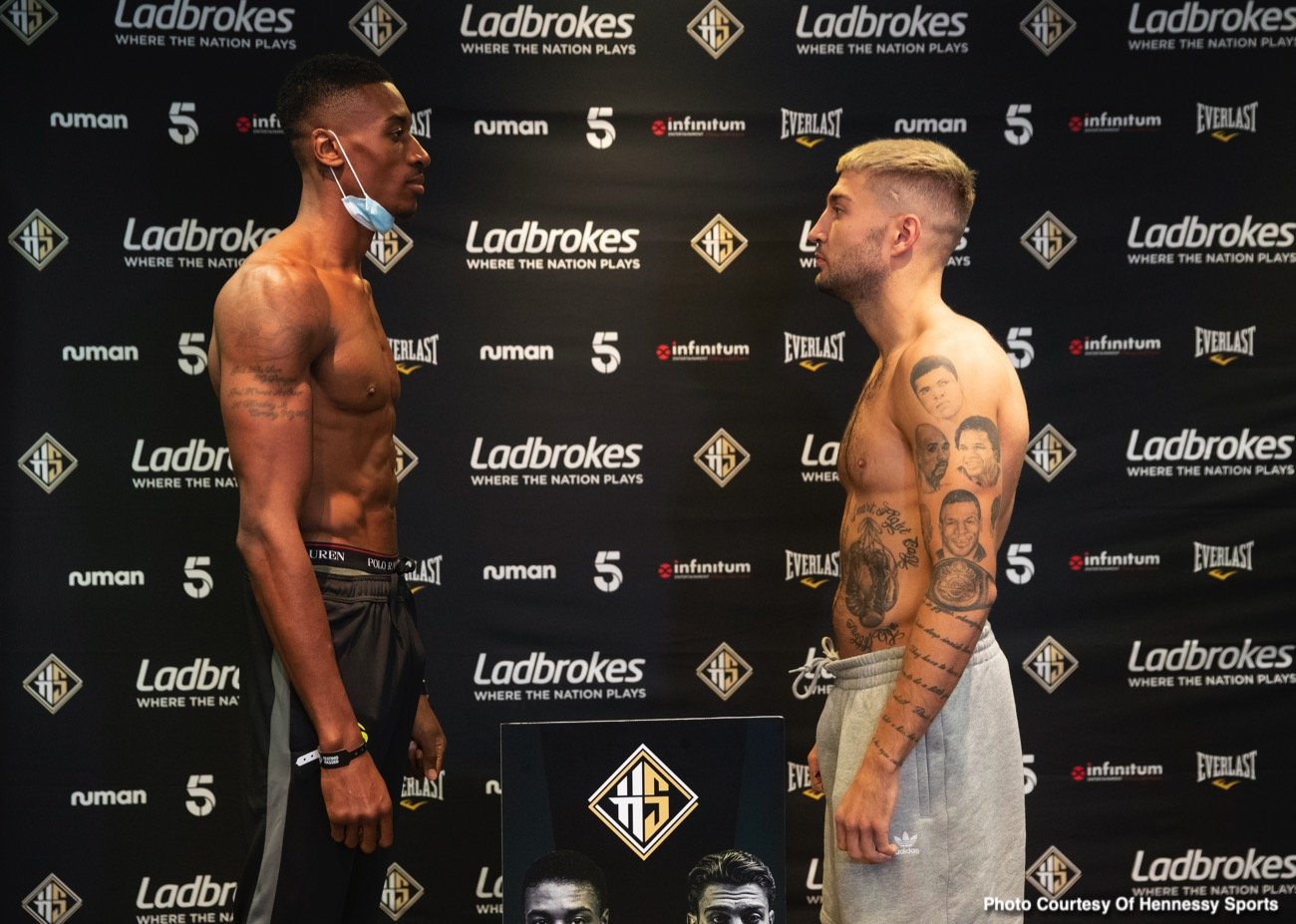 By Ian Aldous: You’re about to embark on your British maiden title shot on free-to-air television in the UK, and all the hard work in the gym is about to be wrapped up just before you enter fight week; that was the scenario Chad Sugden (11-1-1) found himself in. All systems were go until Covid-19 took effect, and the world stood still.

“It was about a week-and-a-half, and it was a bit gutting. Every fighter knows the training, and the grind before is the hardest bit,” the twenty-six-year-old says with a sigh.

“That’s where all the hard work’s done. The fight’s where you get to show your skills and get that buzz. It’s hard going straight into another camp.

‘I had to have a couple of weeks off because you can’t keep that intensity of training up. This is my second camp, and it’s for one fight, but in a way, it’s given me more time to prepare, and it’s probably done me a favor because I was only the reserve fighter.”

The former world champion kickboxer was on standby in case anything happened to Shakan Pitters and Craig Richards, who the original British light-heavyweight championship contest was scheduled to be between, and it did when Richards pulled out citing a viral infection.

Sugden stepped in to replace the man he’d surprisingly held to a draw last December. That fight was supposed to be a ‘tune-up’ for Richards’ mandated British title fight, but Sugden hadn’t read the script.

“I got a call on the Tuesday, and they said: ‘Do you want to fight a week on Thursday – Craig Richards for the WBA Continental title?’, and I was like: ‘Yeah, for sure,'” Sugden tells me.

“That was a massive fight for me, and I was always fancied it. But only having a week’s notice, I knew it was going to be a tough task, but I managed to go in there and get a draw.

“With it being changed from ten to eight rounds, suited him (the WBA ranking belt wasn’t on the line) in the end with how the fight was going.

“That was my springboard and got my name out there on TV and made people take notice. He was the mandatory for the British title, and I’d gone in there on a week’s notice and got the draw.”

Richards was bitterly disappointed with the draw and protested about it during the post-fight interviews. Sugden disagreed and competed amazingly well for someone who was drafted in at late-notice to merely act as an overmatched b-side opponent.

“I thought it was close, and I thought it was a good fight. It was back-and-forth, and a lot of people after said they thought maybe if it weren’t on a Matchroom show – I’d have edged it.

“If he found it that comfortable in the ring, why didn’t he step it up a bit? I believe, towards the end, I was the one winning the rounds and putting the extra work in.

“The more I watched it, the more I was proud of myself. I had a broken nose leading up to it and hardly had any spars before that fight. Obviously, I was scheduled to fight a week later in a six-rounder just to keep myself busy over the Christmas period.

“I think I’d sparred twice leading up to it. For me, it shows I can do it when all the odds are against me. I think this next fight gives me a chance to show what I can do when I’m fresh and got the full time to prepare.”

So, the light-heavyweight from Newark will now face the 6’6″ undefeated Shakan Pitters (13-0) on August 22nd for the vacant British championship, live on Channel 5, presented by Hennessy Sports. Interestingly, just last week, Pitters signed a long-term promotional contract with Hennessy Sports.

“I had a feeling I was always going to be the underdog, and he’d be the favorite going into the fight,” Sugden admitted. “If they’re looking at him challenging for world titles in the future – I plan on disrupting that party and getting in the way.

“And also, if I can beat Shak’, then what does that mean for me? It means I’ll go on to that and better. You can read what you want into it; I thought it was a funny time for it (the signing).

“If I do what I’ve been doing in training, to him, then I don’t know if he’ll want a rematch.”

The victor on August 22nd will likely make their first defence of the prestigious Lonsdale belt against Craig Richards. It’s a battle that Sugden would welcome with open arms.

“I’d love to do that again not only because I’d like to set the record straight myself, (but) I wouldn’t mind, if it’s possible, for him to put his belt (WBA Continental) on the line as well because I know that gets you a world ranking, so I can kill two birds with one stone. If he’s that confident, I’m putting my belt on the line; he’s got to be willing to put his on the line as well.”

Sugden didn’t tread the standard path to professional boxing. He was a decorated professional kickboxer prior to changing codes. He was the youngest fighter to be signed by K-1 and the youngest ever ISKA World titleholder. At twenty-two, he switched to boxing and went from fighting in glamorous locations like Las Vegas and Dubai to Walsall Town Hall.

Both Shakan and Chad have paid their dues on small-hall shows. August 22nd, live on Channel 5, is the moment for the winner to propel himself toward bigger and better things. A bright future beckons for whoever will claim the vacant 175lbs British crown.

“I’m not taking anything for granted, and I’m training as if it’s going to be a twelve-round war,” he said. “I’m ready for that, and if it’s anything less than that – then that’s a bonus.