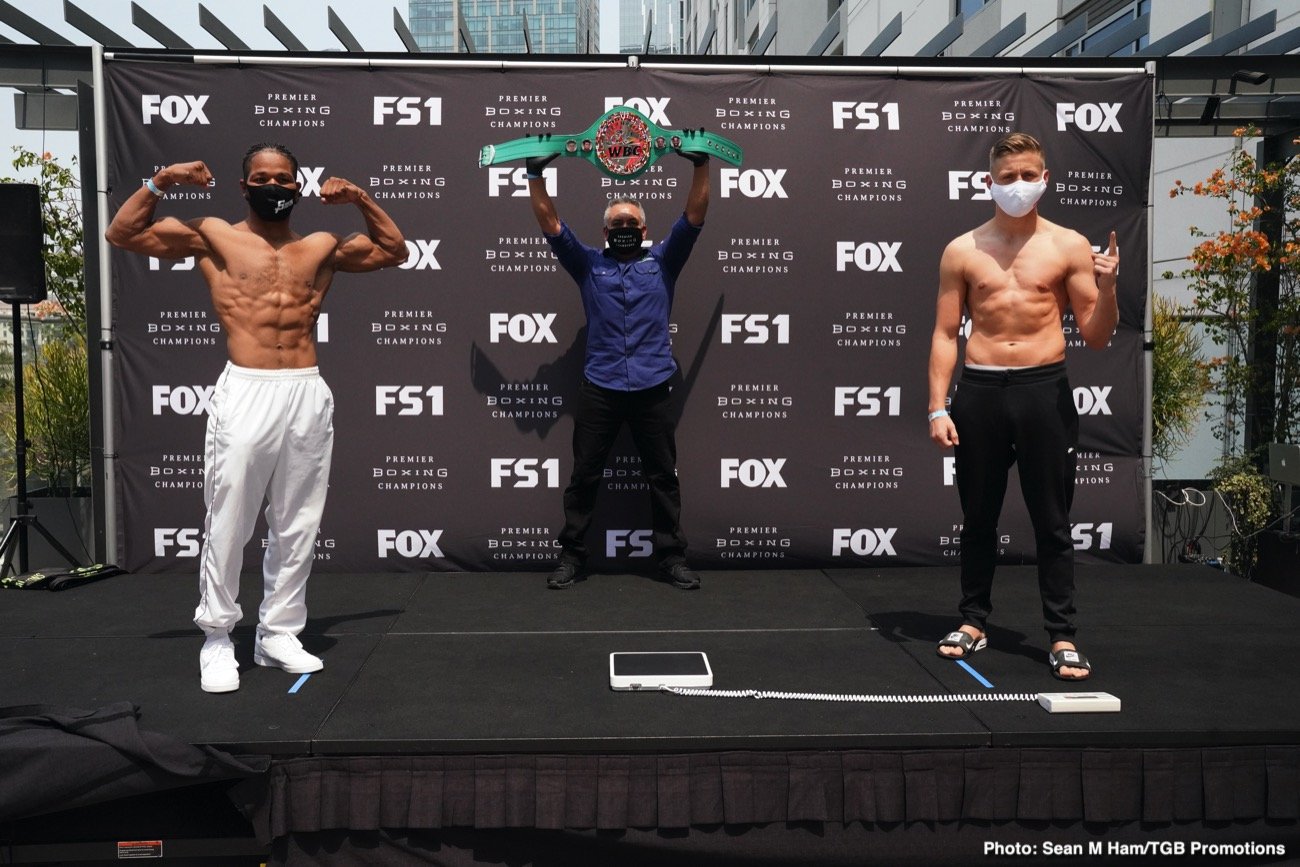 By Kenneth Friedman: Shawn Porter weighed in at 146 /2 pounds for his 12-round tune-up fight against Sebastian Formella this Saturday night live on FOX at the Microsoft Theater, in Los Angeles, California. #9 IBF Formella (22-0, 10 KOs) weighed in at 146 pounds.

Porter-Formella is supposed to be an IBF/WBC 147-lb title eliminator, which means the winner of the bout will be mandatory for Errol Spence Jr.

This is a stay busy fight for the 32-year-old Porter, who admits that the little known Formella was the best his promoters at PBC could do for him, given the circumstances with the pandemic. Porter isn’t an ordinarily knockout puncher, but he’s predicting a stoppage win on Saturday.

‘Showtime’ Shawn is counting on fighting the winner of the Spence vs. Danny Garcia match, Manny Pacquiao or Terence Crawford. Spence doesn’t want to fight Porter again anytime soon after the fierce fight that he gave him last September. Pacquiao is another guy that Porter could have trouble trying to set-up a fight again, seeing that those used to spar in the past.

Porter will have a massive advantage in experience and talent when he gets inside the ring with the German fighter Formella, who has never fought a world-class opponent before in his six-year pro career.

Shawn lost his last fight against IBF welterweight champion Errol Spence Jr in a close 12 round split decision in September. It was a close fight, but Spence had too much for Porter in the last six rounds. 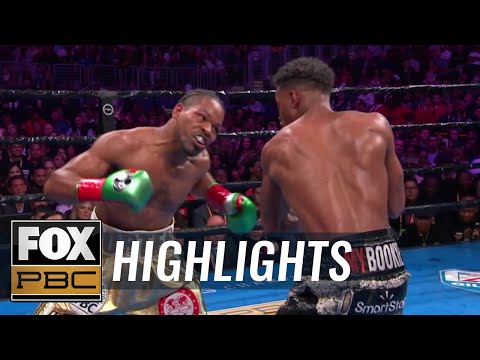 Porter has struggled in his last two fights against Spence and Yordenis Ugas. That’s not age, but more of a case of Porter meeting up with fighters with better talent than himself. The judges gave Porter a controversial 12 round split decision victory over the Cuban Ugas last year in March, but fans saw as a loss for Shawn.

“I’ve learned to be very manipulative as an amateur and as a pro, and that’s the key for this fight against Formella,” said Porter to Fighthype. “The key is to manipulate him and make him think he has range and distance from the space he likes to work at in his fights.

“I can be honest; I don’t expect its fight to go the distance,” said Porter about his fight on Saturday night against fringe contender Formella. “And I can remember the last time that I guaranteed something.

“That was when I fought Danny Garcia. I saw that I wasn’t leaving New York without that title. I’m not really into guaranteeing and things like that. I’m into getting in there and doing what I do, but I don’t see this fight going the distance.

“It’s the result of the things that we’ve done in this camp. We trained a little different, and the approach to this fight is a bit different in terms of the game plan. It’s a bit different.

Porter should focus on winning the fight, and not getting too intent on knocking out Formella. Trying to knockout Formella might prove to be impossible, as he moves well, and he’s’s, not someone that will be a stationary target.

Porter is good at mugging fighters that stand in one place, but Formella won’t oblige. He’s’s going to be moving around the ring all night, looking to frustrate Porter and make him look bad.

Shawn to break down Sebastian

“He told me that yesterday, and I don’t agree with him,” said Porter about his dad/trainer Kenny Porter saying that he looks the best he’s ever seen him in training.

“We’ve worked harder in the past, and done different things in different camps to make everything different and make very camp better. We’ve done things differently in this camp, and it’s made it the best camp,” said Porter.

“From there, it’s just doing what Porters do. Get in there and work that body, and of course, work the jab and break him down.

“What you’re going to see in this fight here is a guy playing fast-speed chess and another guy who is just graduating from checkers maybe,” said Porter in talking about the difference between him and Formella.

Porter is the much better fighter of the two, and he’s’s going to be putting a great deal of pressure on the 33-year-old Formella. What we don’t know is how much mileage that Porter has on him from his last fight against Spence.

Shawn took a lot of heavy blows in that fight, and he was worn down in the championship rounds by Spence. If Porter fights the way he did in the last quarter of that contest, Formella will have a good shot at beating him.

Formella was all Porter could do

“I’m doing what I have to do,” said Porter about his warm-up fight against Formella. “There have been other fighters, and I’m not going to say his name, who has taken a fighter as an opponent who wasn’t known or wasn’t heard of and saying, ‘Hey, I’m taking a tune-up fight.’

“At this point in time because of the pandemic, Sebastian Formella, who they have found that was willing to get in the ring with me on August 22,” continued Porter.

“I thrive on getting people excited, making people feel good and motivated and inspired at what they see. So for me, it’s important that whoever I get in with, they can present that type of challenge to bring me up to the level where I can fight at.

“I don’t know if this is what PBC should do, but right now, this is all we could do,” Porter said about his fight against little known Formella.

It’s too bad this is all Porter’s promoters could do for him because his fight with Formella has mostly been ignored by boxing fans, who are focused on other matches.

The fans are more focused on the heavyweight match between Alexander Povetkin and Dillian Whyte and the light-heavyweight bout between Eleider Alvarez and Joe Smith Jr.