Gabriel Rosado says Daniel Jacobs wants the fight against him 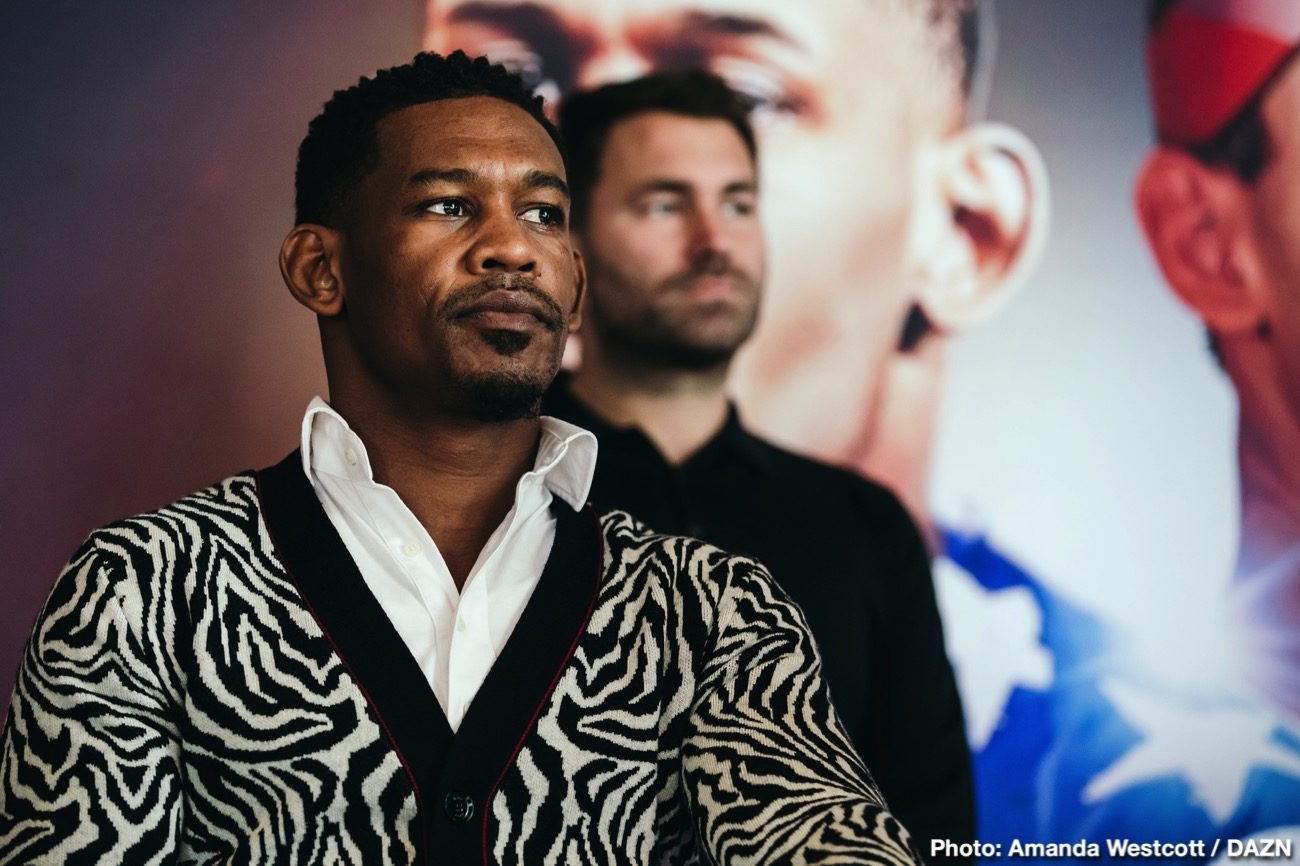 By Sean Jones: Gabriel Rosado says his representatives have informed him that Daniel Jacobs is interested in fighting him, and he says he’s ready to get this fight done.

Jacobs is now campaigning at 168, but he’s still interested in facing #11 WBC fringe middleweight contender Rosado rather than a contender at 168. Matchroom Boxing promoter Eddie Hearn recently suggested that Jacobs fight one of the top super middleweights like Callum Smith, but he says he wants Rosado.

Rosado wants to get the fight done

On social media on Wednesday, Rosado said this about the Jacobs match:

“I spoke to my representative who tells me @danieljacobstko team want the fight, we want the fight so there’s no hiding now… let’s get this s*** done @eddiehearn WE BEEN READY! #KGR #rosadojacobs #jacobsrosado.”

In response, Jacobs fired back with this reply to Rosado on Twitter:

“You’ve been wanting to retire so bad. I’m a send you out with a bang, boy.”

Rosado (25-12-1, 14 KOs) fought on the Jacobs vs. Julio Cesar Chavez Jr undercard event, which was promoted by Matchroom Boxing and shown on DAZN. 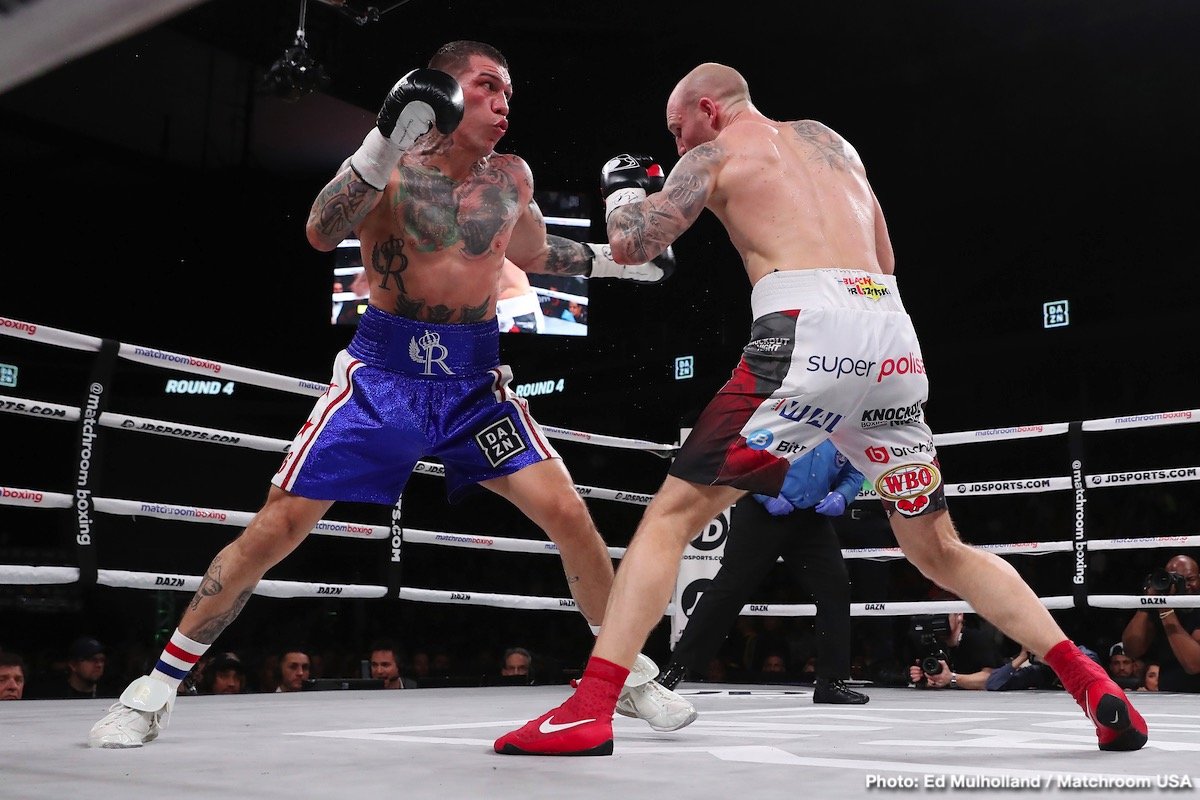 While Gabriel defeated journeyman Humberto Gutierrez Ochoa (33-9-2, 22 KOs) in beating him by a lopsided 10 round unanimous decision, Jacobs stopped former WBC middleweight champion Chavez Jr (51-4-1, 33 KO) at the end of the fifth round.

The 34-year-old Chavez Jr, who has arguably been washed up since 2015, quit in his corner after round five, resulting in the boxing fans at ringside in Phoenix, showering the ring with debris out of anger.

It’s unclear why Jacobs feels the need to take another tune-up fight after his last mismatch against the over-the-hill Chavez Jr. A battle between Jacobs the shot to pieces Rosado might have been worthwhile back in 2012, but not now in 2020 Rosado’s career, such as it is, has gone belly-up since 2013, with him suffering losses to all these fighters in the last seven years:

Rosado has lost three out of his last six fights and dodged a defeat in his controversial 10 round draw against Luis Arias in 2018. At this point in Rosado’s career, it’s not even sporting for Jacobs to be fighting him, and it’s troubling that he’s eager to match this kind of a match. 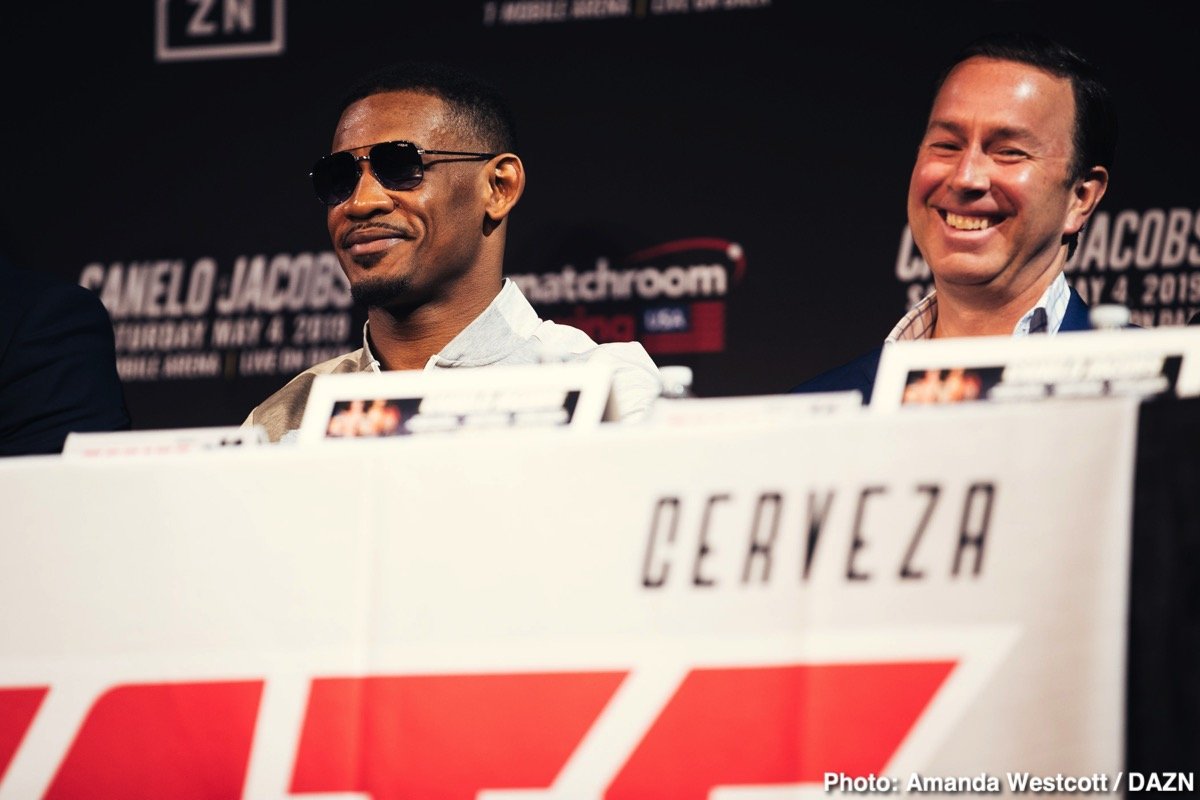 You have to wonder what Matchroom promoter Eddie Hearn thinks about the idea of Jacobs wanting to fight Rosado rather than one of the talented 160, 168, or 175-pound fighters.

When Hearn signed Jacobs, he was all excited about it, saying that he thought he deserved a victory over Gennady Golovkin in their match in 2017. In looking back at that fight, Jacobs was knocked down in round four, dominated in rounds one through six, and then staggered in the 10th.

There was no chance that Jacobs deserved a victory in that match, given his terrible start and the fact that he was stunned in the 10th by GGG. Rather than taking the high road and admitting that he didn’t do enough to deserve the win, Jacobs complained bitterly that he earned the win, but that didn’t change the result.

Danny didn’t do enough against GGG or Canelo

All the complaining by Jacobs worked for him, as Canelo Alvarez gave him a fight following Danny’s controversial 12 round split decision win over Sergiy’ The Technician’ Derevyanchenko.

Again, Jacobs got off to a slow start in the Canelo fight, gave away most of the first six rounds in May 2019. When Jacobs finally started to take the match to an exhausted Canelo, who looked like a light heavyweight on the night, he was too far behind to make up lost ground and wound up losing a 2 round majority decision. 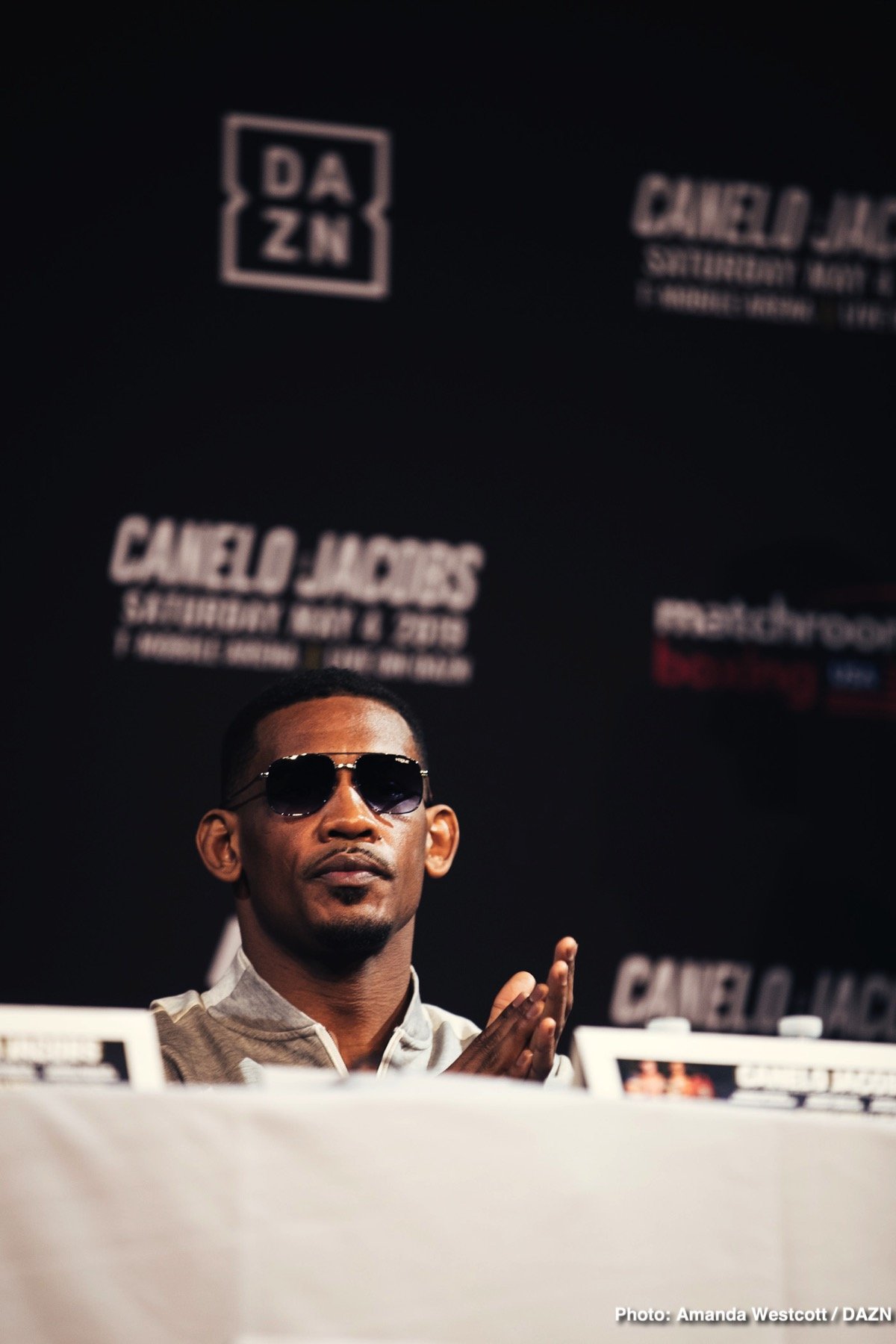 Jacobs’ promoter Eddie Hearn has a lot better fighters for him to face rather than the past his best Rosado potentially, but they would be risky fights, and he might lose. At this point in Jacobs’ career, he seems to be spinning his wheels, getting easy paydays against lower-level guys like Julio Cesar Chavez Jr and now Rosado rather than taking on the top tier fighter fighters in boxing.

Jacobs would put a smile on Hearn’s face if he asked him to match him against these fighters:

Rosado has lost 3 out of his last six fights

With three defeats in his last six fights, Rosado will put Hearn in a position where it won’t be easy for him to get boxing fans excited about a battle between him and Jacobs. It’s a fight that is too poor to call it the main event, and it would be better to be tucked away on one of Hearn’s undercard at his Matchroom Fight Camp events in his back garden in Essex, UK.

Bivol, Beterbiev, Benavidez, or Plant would be ideal opponents for Jacobs to fight at this point in his career rather than fighting a tune-up level like Rosado. Jacobs hasn’t fought since last December, so if he doesn’t get anything scheduled soon, then this year will have been a complete waste for him.

After the big payday that ‘The Miracle Man’ Jacobs got in his loss to Canelo in 2019, he’s not hurting for money. But you’d still like to see some ambition for Jacobs to want to strive to take on the best rather than stunting what’s left of his career by taking on the fading low-level fringe contender Rosado.

It would be interesting to know what Hearn’s thoughts are on jacobs wanting to fight Rosado instead of Callum Smith, Benavidez, Plant, or Bivol. Is this what Hearn thought he was getting when he signed Jacobs to his Matchroom stable?

I spoke to my representative who tells me @danieljacobstko team want the fight, we want the fight so there’s no hiding now… let’s get this s*** done @eddiehearn WE BEEN READY! #KGR #rosadojacobs #jacobsrosado #Philly #Brooklyn @matchroomboxing @dazn_usa