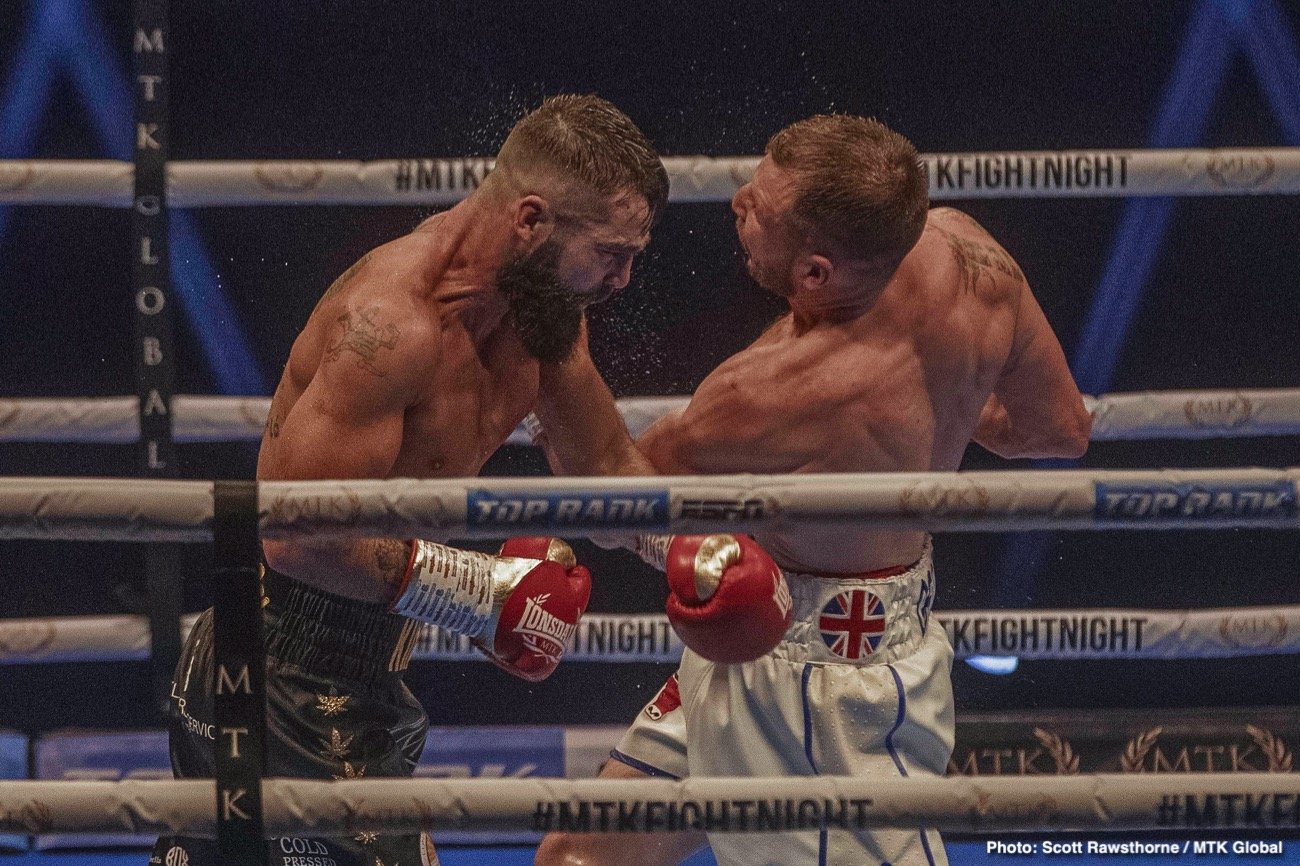 A question you have to ask about tonight’s upset was whether Carroll was motivated adequately for the contest against Hughes. As big a favorite as Carroll was going into the match; it’s easy to conclude that he wasn’t excited the way he needed to for him to win.

For Hughes, tonight’s match was the equivalent of the world cup for him, as was taking on the guy that retired Scott Quigg in his last fight, and had fought for a world title against Tevin Farmer n the past.

The was so close that it was difficult to score the rounds, as neither guy got the upper-hand.

It’s somewhat understandable why the judges gave it to the more prominent, more energetic fighter Hughes, though, seeing that when he did land his shots, they were more telling blows. But the activity from the southpaw Carroll made up to his lack of power, and one could see him doing enough to deserve the victory.

The judges scored it for Hughes by the scores 96-95, 96-95, 97-93. Boxing News 24 fought a draw. This fight was one of those contests where you could not pick a winner without feeling conflicted about it afterward. In a match this close, it’s better to score it a draw.

Jono can ask for a rematch

If Carroll isn’t happy with the results of tonight’s fight, he can always push for a rematch against Hughes. But if he does that, he needs to be forewarned that he could lose again, and that would be disastrous for his career.

While some boxing fans view the results of this fight as a shocker, it wasn’t in this writer’s view. Hughes is a quality operator, and he’s only lost to talented fighters in the past in defeats against these fighters:

Those fighters would have beaten Carroll tonight with the way he performed tonight, and it wouldn’t have been an upset.

What boxing fans seem to forget is that Carroll is a fringe contender at #7 IBF, #12, with the WBC at super-featherweight. In other words, he’s barely a top 15 contender. When you get a guy that is on the fringe level of world-class status, then it’s not a surprise when they lose to second-tier fighters like Hughes.

The fact that this fight took place at lightweight gave Hughes an advantage over Carroll because he’s used to fighting more significant and stronger guys than him, so he wasn’t bothered by his shots or his activity level.

Heading into tonight’s fight, the 28-year-old Ireland native Carroll had only lost once in his career in a decisive 12 round unanimous decision defeat IBF super featherweight champion Tevin Farmer last year in March 2019.

It’s not a big upset

Carroll rebounded from his loss to Farmer by winning his last two fights, beating little known journeymen and former WBA super bantamweight champion Scott Quigg. This wasn’t a prime Quigg, though. This was Quigg shortly after taking a beating in a grueling 12 round decision defeat to Oscar Valdez.

The win for Carroll over Quigg was the sole reason why he came into tonights’ clash with Hughes, a huge favorite to win. Odds-makers saw Carroll’s performance against Quigg as a sign that he was a lot better fighter than Hughes.

What they didn’t’ factor into the equation was Quigg having taken a beating from Valdez and not motivated as he should have been against the unheralded Carroll. 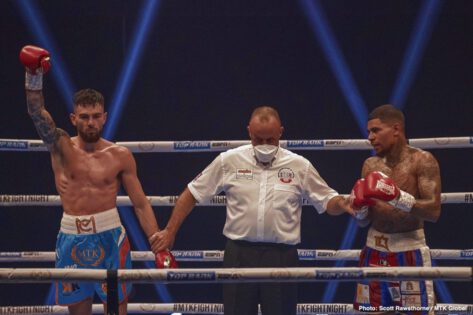 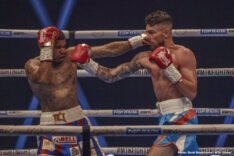 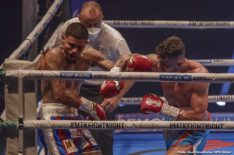 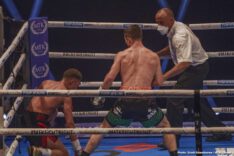 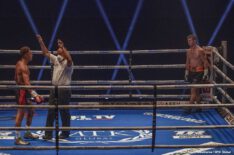 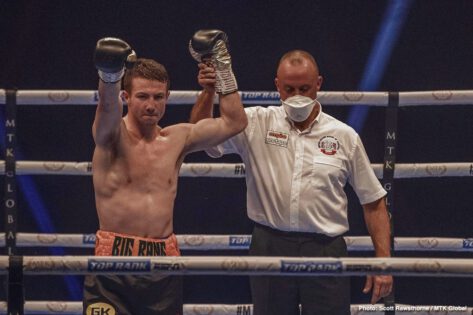 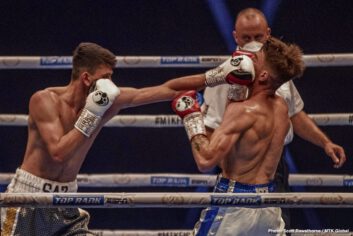 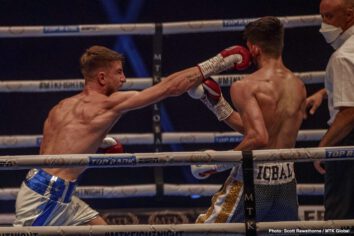 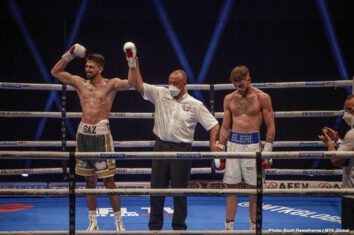 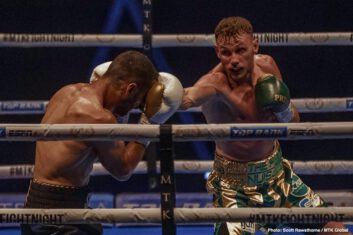 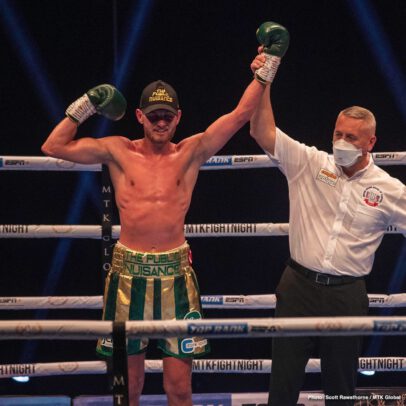 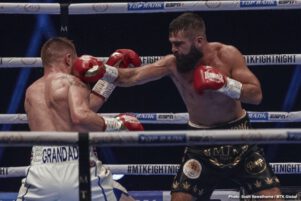 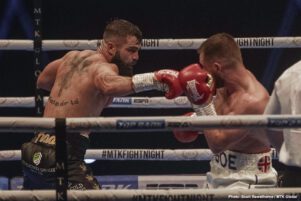 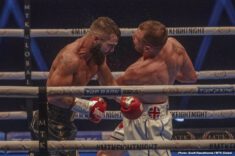 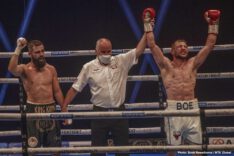 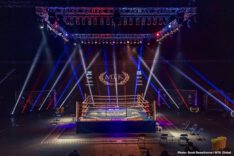 
« Gabriel Rosado says Daniel Jacobs wants the fight against him