Eddie Hearn wants Ryan Garcia vs. Luke Campbell in the UK in London

Hearn says the purse bids for the Campbell vs. Garcia fight will be this Tuesday. If Hearn’s Matchroom Boxing promotional company wins the bid, then it’s a lock that he’ll bring it to the U.K. in London.

Golden Boy Promotions, the promoters for the 21-year-old Garcia, won’t be overjoyed at having him potentially fight in front of a hostile crowd. DAZN won’t be thrilled either, as they want to bring back their lost subscribers.

Staging the King Ryan vs. Luke fight in the U.K. wouldn’t be suitable for U.S. boxing fans unless the match is held in the early hours in England.

It would be up to Golden Boy and Ryan Garcia if they still want to take the fight with the 32-year-old Campbell if they lose the purse bid and are forced to fight in the U.K.

Without a crowd, it’s less of a deal for Ryan and Golden Boy because there won’t be a mass horde of British boxing fans cheering for Campbell and creating an environment that would be alien to Garcia.

He’s always fought at home in California, and it would be a different story going over to the U.K. and fighting in front of fans that are rooting against him. 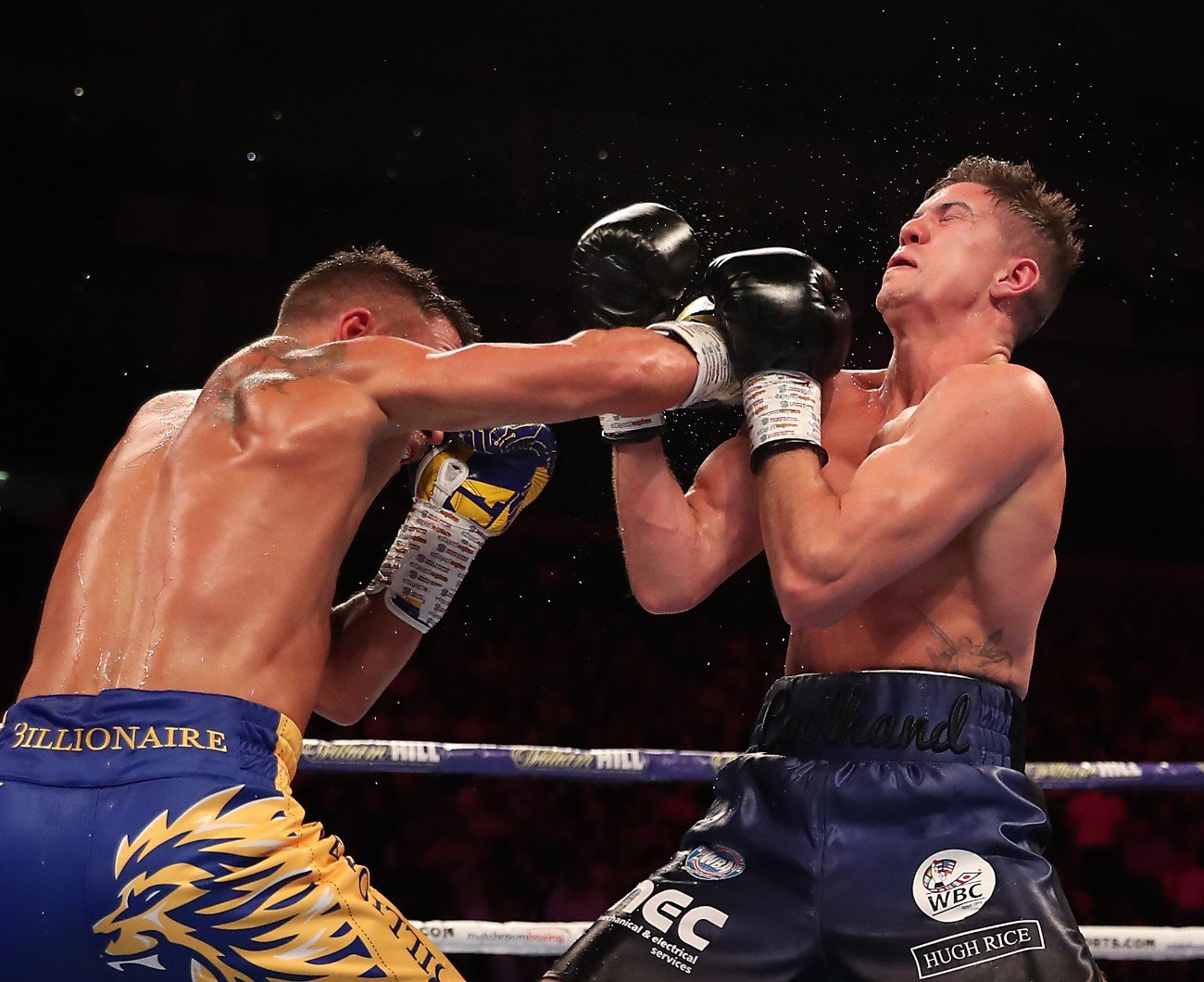 DAZN also has to be figured into the equation, as they need to bring their U.S. subscribers back, many of which won’t be lured back unless magnetic cards are put on.

If you ask American boxing fans to watch Garcia vs. Cambell in the early afternoon on a Saturday night, it’s not going to happen. For one, it’s not a big enough fight to interest the busy U.S. fans, and two, people are busy with their lives during the day, especially on Saturdays.

Eddie needs to stage the fight in the U.S

Hearn could overplay his hand and ruin his chances to make the Campbell vs. Garcia fight if he foolishly insists on trying to force it to take place in the U.K.

If Garcia wasn’t so young and if he had more experience in the amateur and pro game, Golden Boy would likely let him take the trip to the U.K. to face Campbell. That’s not the case. Garcia has only been a pro since 2016, and he has nowhere near the same amount of experience as the 32-year-old Campbell.

Golden Boy is trying to develop Ryan into their next star for their company to take over for Canelo Alvarez, and it would be a mistake on their part to let him fight Luke overseas in front of a rabid crowd of pro-Campbell boxing fans.

Vasily Lomachenko was willing to fight Campbell in front of his British fans last year, but he’s 32-years-old and a two-time Olympic gold medalist. You can’t compare Lomachenko to where the young 21-year-old Ryan is at this point in his career.

That’s why Hearn should not try and ram the U.K. down the throat of Garcia and Golden Boy by attempting to force that location on them. Hearn might win the purse bid tomorrow, but he could end up the loser in the massive scheme of things if Ryan and Golden Boy walk away, leaving Campbell with no fight.

The only way where both fighters win is if the battle takes place in the U.S., and that’s the reality of it.

“We’ve got three fight cards we’re planning in the States,” said Hearn on his Instagram. “One is Devin Haney, and one is [Juan Francisco] Estrada possibly against Chocolatito in a unification, and the other one, of course, is Ryan Garcia against Luke Campbell.

If Hearn wins the purse bid for Campbell vs. Garcia, he would be messing up the potential of that fight taking place. Ryan is the A-side, the young star with the fan base, and he’s not going to give that up to fight in the 2012 Olympic gold medalist Luke’s backyard.

It works in Campbell and Matchroom’s favor for the fight with Ryan to take place in the U.K., but it won’t be good potentially if it means the match fails to get negotiated. What Hearn needs to understand is Ryan Garcia has a lot of options ahead of head.

Yeah, the World Boxing Council ordered the Garcia vs. Campbell fight, and it’ll slow down Ryan’s move towards a world title shot against WBC lightweight champion Devin Haney. However, Garci doesn’t need to beat Campbell for him to get a title shot against Haney. Ryan’s popularity alone is enough for him to fight for the title against Devin at any time he wants.

The main benefit that comes from Garcia facing Campbell is it gives him a notable scalp to add to his resume, and it will provide him with more experience. Beating the 2012 Olympic gold medalist, Campbell would be an excellent feather to put in Ryan’s camp, mainly if he does a better job of beating him than WBA/WBC/WBO lightweight champion Vasily Lomachenko did last August at the O2 Arena in London.

Hearn excited at staging Campbell-Garcia in the U.K.

“You know what I’m starting to think. Should we do that fight in the U.K.?” said Hearn of the Campbell vs. Garcia fight. “What do you think about Ryan Garcia against Luke Campbell in the U.K.? Maybe at the O2? It’s a great little fight.

“It’s all about whether we can get crowds back or not. I like these Instagram lives because I feel like you’re counseling me with my boxing problems. So I’m going to tell you my problems as far as my matchmaking, and you can try and help me out,” said Hearn.

It’s all guesswork at this point whether crowds will be able to return by October, November, or December this year in the U.K. It’ll be up to the U.K. government if they want to allow fans to return. British Prime Minister Boris Johnson spoke of letting crowds return by October, but he could change his mind if the dreaded second wave of the COVID-19 hits the U.K. in the fall.

“Garcia-Campbell at Craven Park. I’m not sure if Garcia beats Campbell, but Haney against Garcia is definitely one that I want to make,” said Hearn.

Garcia-Campbell is expected to take place in November or December, and there’s a good chance that crowds will be allowed back in the U.K. by that time.