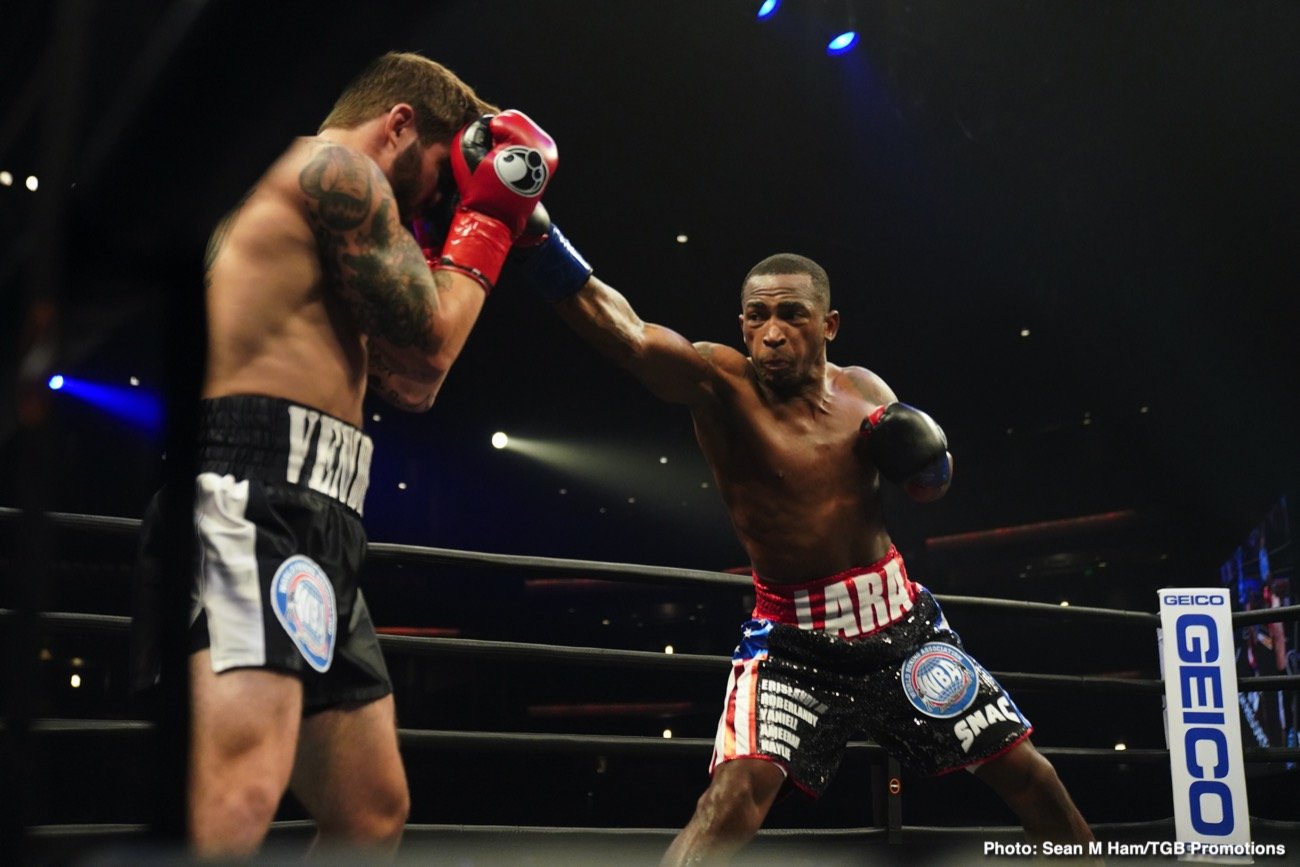 Greg Vendetti, 30, was trying hard in putting pressure on Lara, but he was only able to do well in the rounds where Erislandy let him. In the first six rounds, Lara looked like he was in first gear, and taking his time in not expending energy. But once the fight went into the championship rounds, Lara stepped it up and was a completely different fighter.

You can’t blame Lara for fighting at a slower pace earlier in the fight because it would have meant that he would have gotten hit a lot more than he did. But with the way Lara fought, he limited the amount of damage that he took, and he was still able to win decisively.

The win for Lara was his first of his WBA secondary 154-lb title that he captured last August in 2019 in stopping Ramon Alvarez by a second-round knockout. Ramon is one of Canelo Alvarez’s brothers. Ramon is a good fighter, but he doesn’t have the talent that Canelo possesses.

Lara is interested in facing the winner of next months’ unification fight between WBC 154-lb champ Jermell Charlo an IBF/WBA champion Jeison Rosario. Fighting the winner o that contest will give Lara a chance to show off his talent. But for him to have a shot at beating those guys, Lara would need to fight a lot harder than we saw tonight. 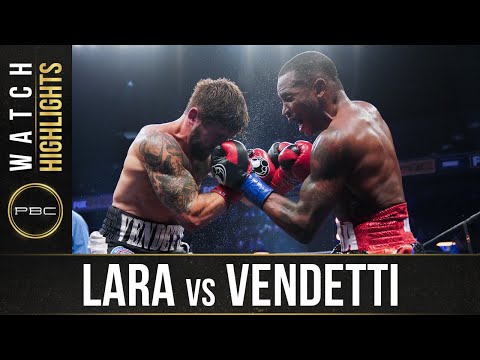 In a massive blow to the career of super middleweight contender Alfredo ‘El Perro’ Angulo (26-8, 21 KOs), he was beaten by replacement opponent Vladimir Hernandez (12-4, 6 KOs) in losing a 10 round unanimous decision on the undercard of the Lara vs. Venditti fight.

Angulo, 37, was too slow of hand, and he didn’t start well in allowing Hernandez to establish an early lead in the first five rounds.  In the second half of the contest, Angulo came on strong and was able to outwork Hernandez. However, the judges didn’t give Angulo much credit for his rally.

They still scored the fight to Hernandez by the total scores  98-92, 98-92 and 98-92. Perhaps one reason why the judges didn’t give Angulo credit was the fact that a lot of the punches he was landing were body shots. 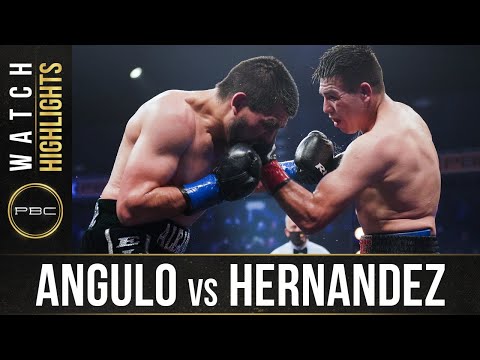 A lot of judges don’t pay attention to the shots to the midsection. They’re mostly looking at watching for headshots, and the fighters that throw a lot of them generally do well.

Hernandez was out-landed by Angulo in the fight in the final punch states, but the judges didn’t score the contest based on which fighter landed the more blows and the more challenging shots.

Angulo was the better guy in both of those categories, but this set of judges weren’t looking for which guy was busier or landing the harder shots.

Hernandez, 31, came into tonight’s fight, having lost two out of his last three fights against Souleymane Cissokho and Israil Madrimov. Those fighters were much more talented than what we saw from Angulo tonight.

Angulo was supposed to e fighting former IBF super-middleweight champion Caleb Truax, but he had to pull out of the card due to dehydration.

It’s unclear what direction Angulo wants to go in for his career. Losing to a second-tier fighter like Hernadez has got to be a real disappointment for Angulo, and a clear sign that he doesn’t belong fighting the best.

Abram Martinez vs. Luis Arcon ends in a draw 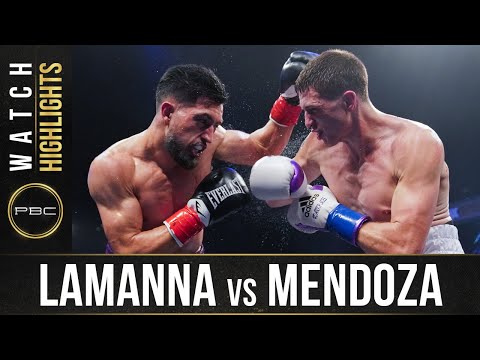