By Charles Brun: Top Rank plans on scheduling the Tyson Fury vs. Deontay Wilder III fight on December 19, and they’re hoping that they’ll be able to stage it in front of a crowd at 50% capacity.

One BIG problem with Top Rank and Matchroom Boxing moving the Fury-Wilder trilogy match to December 19 is proximity to Christmas on December 25. A lot of fans are going to be using what little money they have to buy Christmas presents for their families.

If you ask fans to come up with $80 to watch Fury and Wilder fight a week BEFORE Christmas, it could result in dreadfully poor pay-per-view numbers, both in the U.S and in the UK.

They might as well delay the fight until May of next year. Fury would have to vacate his WBC title, though, because the World Boxing Council told his WBC mandatory Dillian Whyte he could fight for the title by next February. 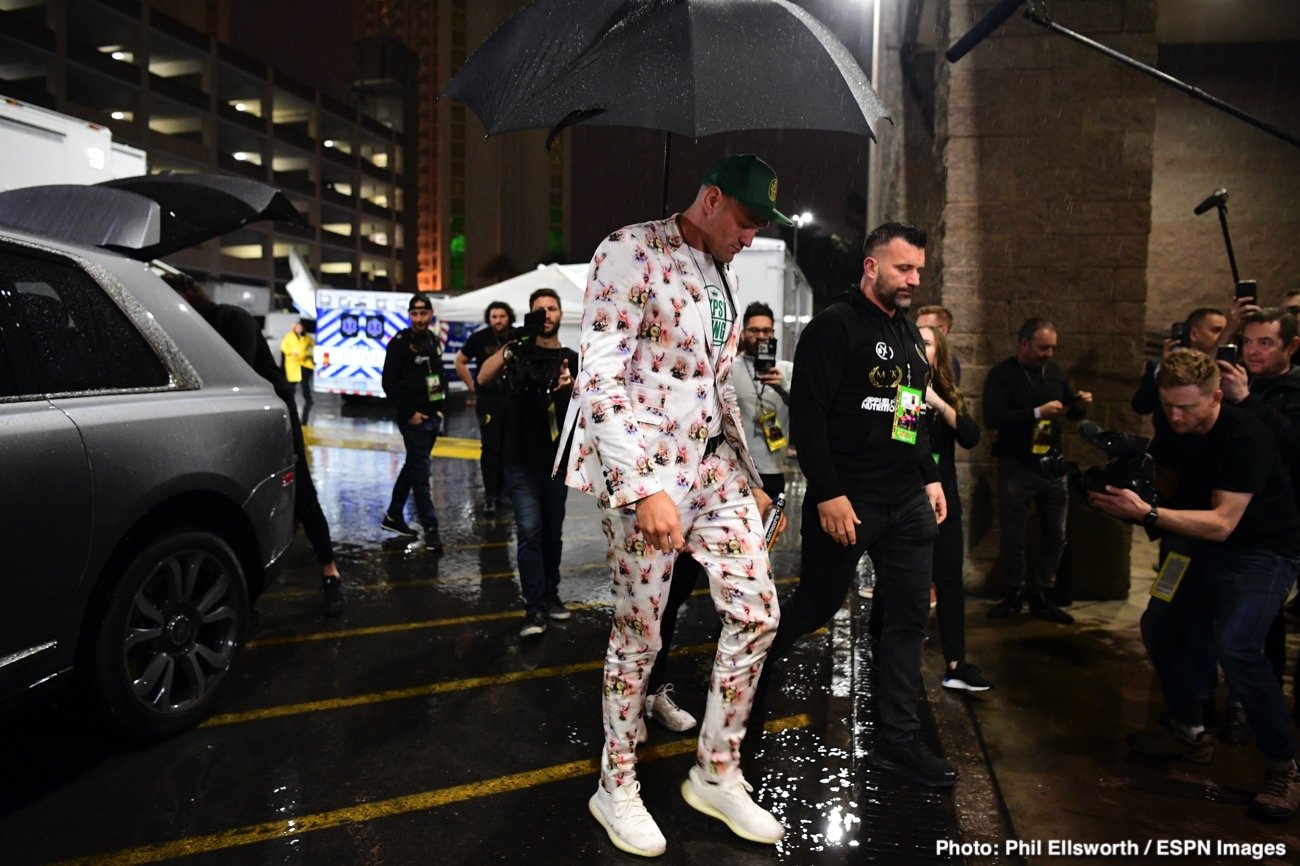 If the WBC doesn’t want to let, Fury have more time to increase his chances of fighting Wilder in front of a large crowd, which the Fury-Wilder trilogy deserves, then the ‘Gypsy King’ has no other choice but to vacate the WBC strap.

Believe me, fans won’t care at all if Fury gives up the WBC belt. That’s just adornment for Fury to wear while he walks out into the ring for the fight with Wilder. If Fury focuses on using his lineal heavyweight title as the right belt, then it won’t matter with the fans.

They’ll still want to see Fury and Wilder battle it out. It’s a time that the famous fighters divorce themselves of the trinket titles, and make the fights that the fans want to see instead of being dragged down by useless mandatory defenses.

They’re looking at different countries to place the Fury vs. Wilder match, and they haven’t ruled anything out at the moment.

For that to happen, they would need to pick a state or a country that is agreeable to letting a large number of fans attend. Currently, the best bet for the Fury-Wilder 3 match might be Australia, and there’s already been an offer to place the fight in that country in a 45,000 seat stadium on Boxing Day on December 26.

It would be shown in the U.S on Christmas day, which would increase the chances of a lot of fans sitting at home in front of their televisions.

“We are focusing on December 19 and are hoping that, by then, we are back to a nearly normal situation,” Top Rank executive Brad Jacobs said to Sky Sports. “That may be a 50 percent capacity.

“We are looking all over the world, at this point, for the best location for this event. That will be narrowed down and we’ll see where it takes us.”

Jacobs adds that they’re kicking around different ideas for crowd size for the fight from 1,000 to 3,000. Ideally, they want to stage it in front of a full crowd.

Top Rank has been staging fights behind closed doors at the MGM Grand in Las Vegas, Nevada, but that’s not going to help Fury and Wilder. Those two can’t sacrifice a lucrative $18 million gate by taking the match behind closed doors. 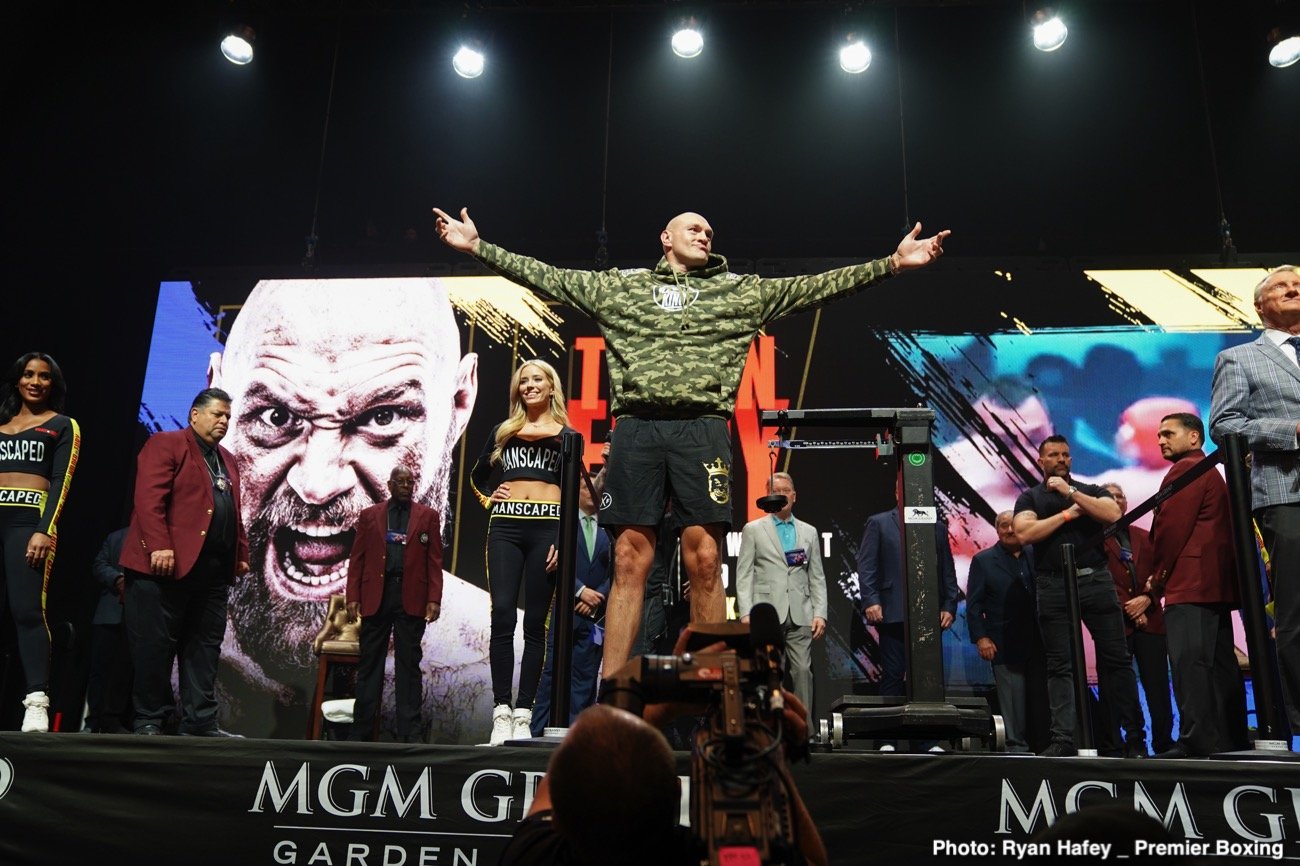 Also, it’s not likely that things will be improved on the virus front by December without a vaccine. That’s not supposed to happen until 2021, and there are already a lot of people saying that they will NOT agree to be given the vaccine. Even with a vaccine, the pandemic could linger because of a handful of people unwilling to receive it.

The best option to stage the Fury vs. Wilder 3 fight in 2020 is to find an outside country that will allow a full crowd. If not a full crowd, then a smaller crowd but with a huge sight fee given.

It makes more sense to wait a little while longer to stage the Fury-Wilder fight when fans can see it live, That’s not going to happen. Top Rank needs to get this fight done.