By Aragon Garcia: Teofimo Lopez isn’t happy with the reported $1.2 million that is being offered to him to face Vasiliy Lomachenko for their October 3 unification fight, and he’s looking to move on.

@MikeCoppinger is reporting that the 22-year-old IBF lightweight champion Teofimo (15-0, 12 KOs) will be moving on to defend his title against another opponent unless Top Rank bumps up his pay.

The problem is, Lomachenko (14-1, 10 KOs) will be getting almost three times as much as Lopez at $3.25 million for the fight, which you can say isn’t fair given that Teofimo is the one that will be bringing in the boxing fans on ESPN.

Without an audience, Teofimo won’t be making nearly the same kind of money he would get by waiting a year to face Lomaachenko in 2021 or 2022. If Lomachenko ages a little bit more, that works in Teofimo’s favor as well. Teofimo doesn’t want to wait until Lomachenko is old and toothless before fighting him. He just wants what’s fair.

There are a lot of great options for Teofimo if he decides to face someone else because he doesn’t need the Lomachenko fight to become a star. Teofimo is in the express lane to the top, and it won’t hurt him to move on if the money isn’t right.

Teofimo will move on if the deal isn’t sweetened

Lopez will be moving on to defend his IBF lightweight title against another opponent if a deal can’t be reached to salvage his October 3 unification match against Loma. Teofimo is already thinking about moving up to 140. So this is as good a times as any to move up to challenge for the titles.

The New Yorker Teofimo would like to stay at 135 for fights against Gervonta Davis, Ryan Garcia, and Devin Haney, but he’s not going to stall his career if none of the guys are available right now.

Fans may not understand where Lopez is coming from, but they would if they realize that he can make more money by waiting to face the two-time Olympic gold medalist Loma in 2021.

If this is the only time in Teofimo’s career that he’ll get a shot at facing Lomachenko, then why would he want to agree to a measly $1.2 million? With boxing fans present, Teofimo might end up making considerably more than that.

Also, assuming Teofimo makes close to $1.2 million for his regular fights against standard opponents, then why would he want to agree to take roughly the same amount to fight Lomachenko? Financially, it doesn’t make sense for Teofimo to take the fight for that kind of money.

Does Teofimo deserve a 50-50 split with Loma?

You would think that with the massive amount of interest boxing fans have in the Lomachenko-Teofimo fight, Top Rank should be offering a lot more than just $1.2 million.  Anything less than 50-50 would be a case of Lopez selling himself short because he might be the more popular fighter of the two.

Lomachenko’s fan base is in Eastern Europe, and that doesn’t help him for his contests in the U.S. Right here, Lopez is the man and arguably should be the A-side in the negotiation.

There are still two months to go before WBA/WBC/WBO 135-pound champion Lomachenko and Teofimo are scheduled to meet on October 3.

It’s not too late for Top Rank to sweeten the deal to get Teofimo across the finish line, but it’s going to require a considerable increase in pay likely.

It’s understandable why Lopez is balking at accepting the $1.2 million deal for the Loma. Look at it this way. If Lopez waits until 2021 after a vaccine has been discovered to rid the world of the killer virus, then he can make considerably more money facing Lomachenko in front of a live gate.

Waiting until 2021 would be better for Teofimo vs. Lomachenko

More boxing fans would be willing and able to afford to buy the Lomachenko vs. Teofimo fight on ESPN PPV. But right now, Lopez-Lomachenko won’t do well because the pandemic is still raging out of control, and it’s a poor time to stage a massive fight like this. 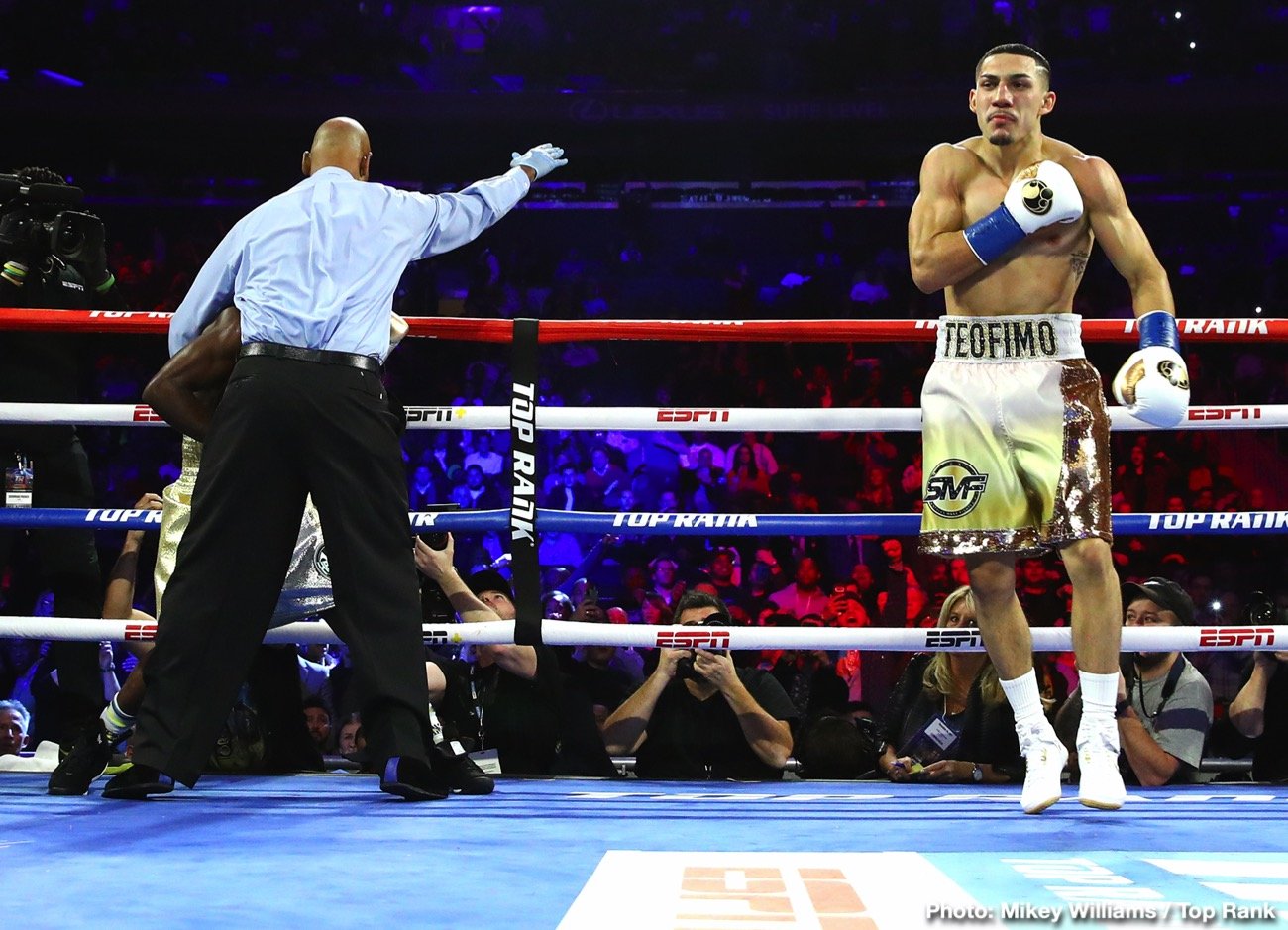 “With the proposed date a little over 60 days away, Teofimo is resigned to defending his title against a different opponent, per sources. Can the fight be salvaged?”

Jamal James vs. Thomas Dulorme fight on Aug.8 on FOX »