By Jeff Aronow: Gervonta ‘Tank’ Davis says he’d like to spar welterweight champion Errol Spence Jr when he’s down to 150 or 152 pounds. Spence (26-0, 21 KOs) still doesn’t have a fight scheduled, so it might be a while before he’s down in the 150s.

Tank Davis (23-0, 22 KOs) recently defeated Yuriorkis Gamboa by a 12th round knockout on December 14 to win the vacant WBA World lightweight title. After that fight, Davis, 25, was hoping to return to the ring in the first half of 2020, but the pandemic has gotten in the way.

The 5’9 1/2″ Spence would have a gigantic size advantage over the 5’5″ Tank Davis if they sparred, and it could go badly for him. Davis is built a lot like the 5′ 6½ Leonard Bundu, a fighter that Spence knocked out in the sixth round in 2016.

“Errol,” said Tank Davis to ESNEWS when asked who is the most avoided fighter today. “A lot of people say Errol hits so hard. I want to spar Errol. Once he’s down to 150 or something like that, then we can spar.

“We’ve been texting like we want to fight. If he hits me, I’m going to be like, ‘Oh s***, nah. But we’re really talking about sparring,” said Tank Davis on his wish to spar Spence.

It’s hard to imagine Spence going all out during a sparring session with Gervonta unless he got motivated to shift into high gear.

Davis recently moved up to 135 in his last fight with Gamboa, and he wants to take control of the division. It’s quite possible that Tank will do so once Teofimo Lopez and Vasiliy Lomachenko leaves the weight class.

The only guys left over at that point will be Devin Haney, Ryan Garcia, and Luke Campbell.

Tank Davis and Leo Santa Cruz are planning on fighting soon on pay-per-view. The two have been in disagreement in what weight class the fight should take place.

Santa Cruz wants Davis to meltdown to 130, his old weight class, for the fight. However, Davis prefers that the contest take place at 135. The reason why Tank moved out of the 130-pound division is that he was struggling to make weight.

It won’t help Davis for him to drain down to 130 and come into his fight with Santa Cruz weakened. Also, it’s predictable that Santa Cruz’s management will add a weight penalty to the contract with Tank Davis just in case he comes in overweight.

Not only would Davis wind up drained, but he would also need to potentially give part of his purse away for coming in over the 130-lb limit.

PBC on Fox returning on August 8

James vs. Dulorme is being rescheduled for the third time, as they were previously supposed to fight on April 11 and July 25. It’ll be interesting to see if this fight card gets moved once again. 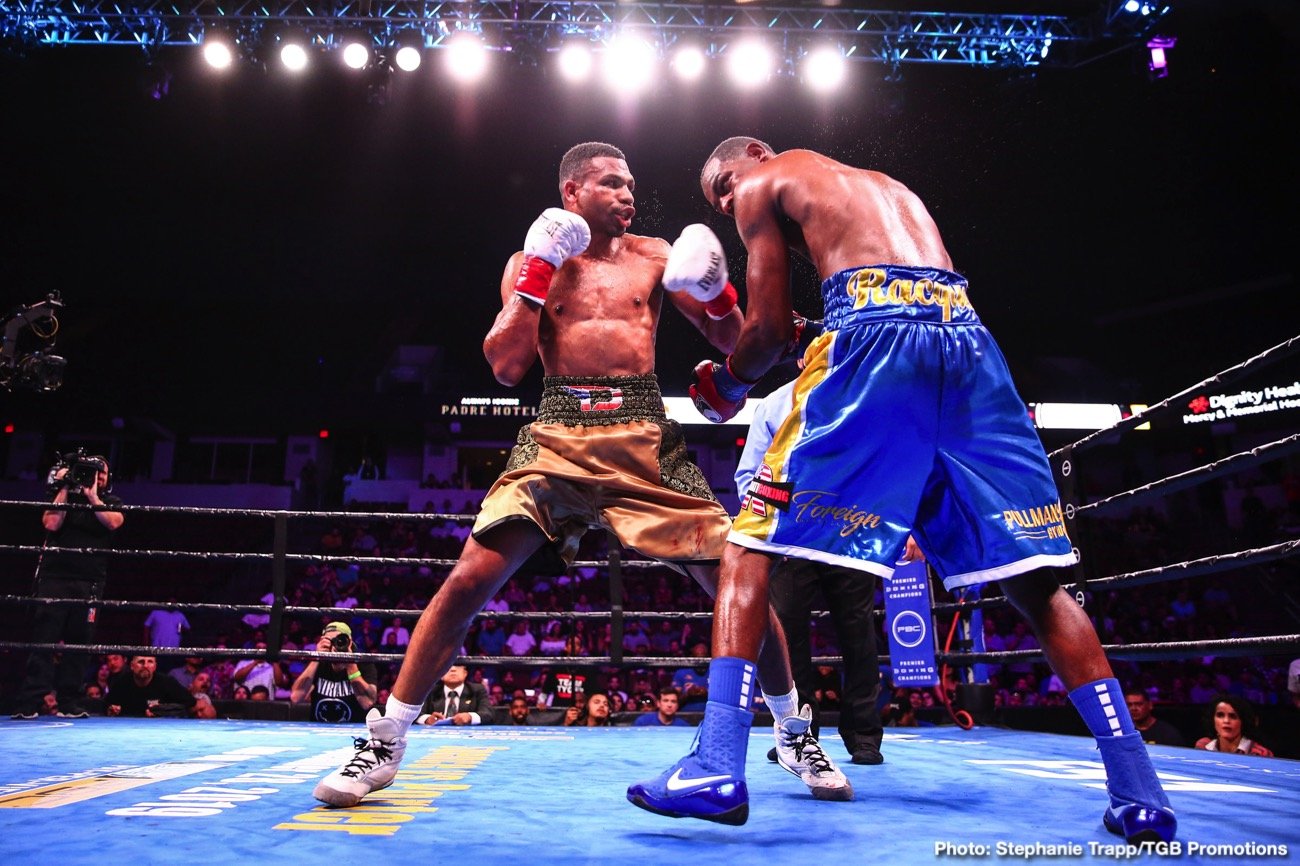 James-Dulorme is a toss-up fight between two fringe welterweight contenders. When James attempted to step up against Cuban fighter Yordenis Ugas in 2016, he lost a one-sided 10 round decision.

Before that, Dulorme fought to a 12 round draw against former two-division world champion Jessie Vargas in October 2018. In 2017, Dulorme was beaten by Yordenis Ugas by a 10 round decision.

It’s kind of difficult to get excited about watching Dulorme and James fight, knowing that both of them lost to Ugas by wide decisions.