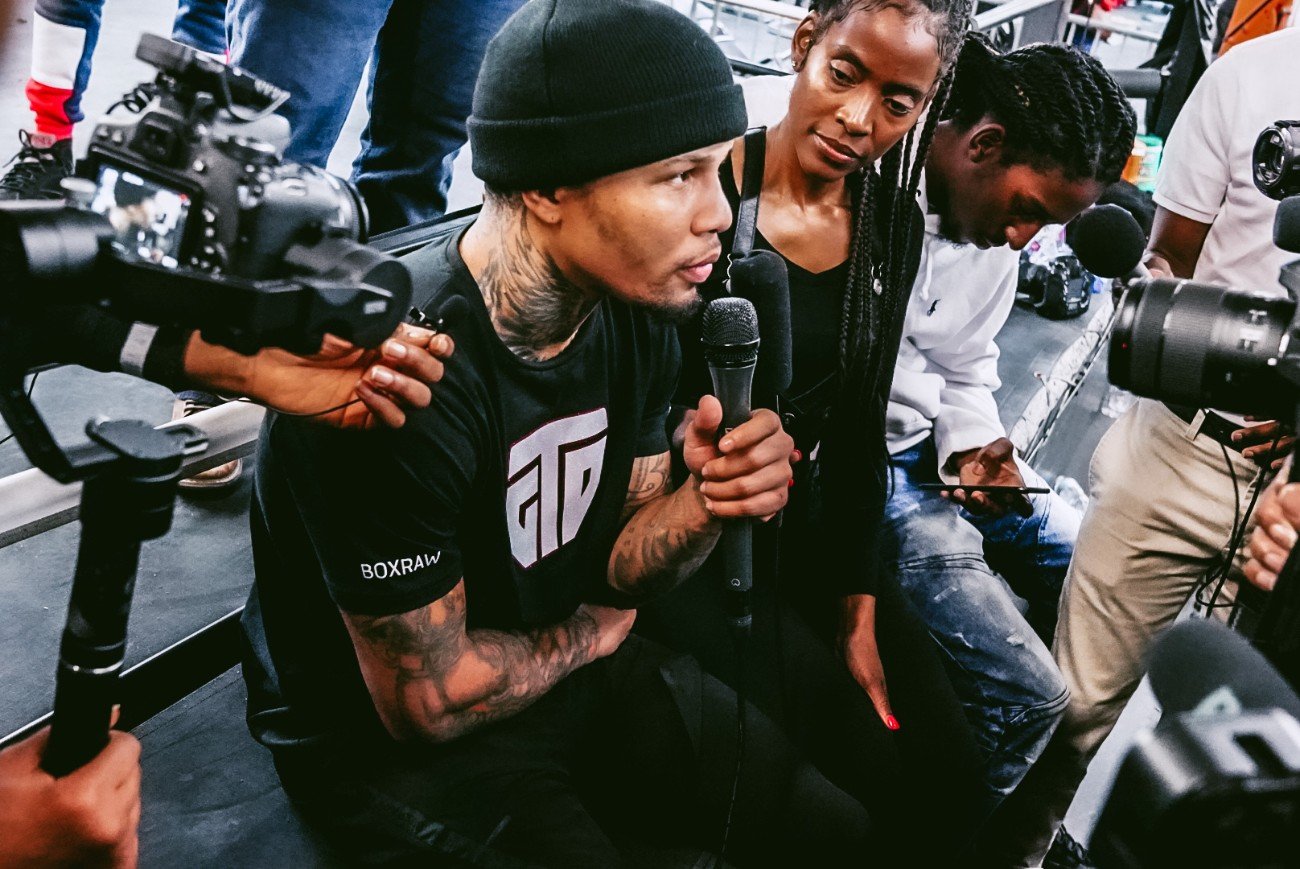 By Dan Ambrose: Gervonta ‘Tank’ Davis vs. Leo Santa Cruz is now official for October 24 on SHOWTIME pay-per-view at the Mohegan Sun Casino, in Uncasville, Connecticut. Davis and Santa Cruz is arguably a money-grab fight rather than one that the American fans want to see.

Tank should be fighting Vasiliy Lomachenko, Devin Haney, Teofimo Lopez, or Ryan Garcia. Santa Cruz is a fading fighter, who has been able to stay on top thanks to the match-making that’s been done on his behalf by his management.

At 126, the Santa Cruz has arguably been dodging Gary Russell Jr and Shakur Stevenson, two fighters that would likely have beaten him soundly.

The 31-year-old Santa Cruz’s WBA super featherweight title will be on the line for the match, which begs the question, ‘will Tank be able to make weight?’

Santa Cruz only recently moved up to 130, and he looked miserable in beating Miguel Flores, a fighter that had lost two out of his last three fights. One of those defeats was Chris Avalos, who was utterly dominated by Isaac Dogboe last Tuesday night.

The problems that Flores gave Santa Cruz suggests strongly that he’s fighting out of his natural weight class at 130. Don’t expect Santa Cruz to move back down to 126, though, being that there’s no one popular for him to fight in that weight class.

There are talented fighters like Emanuel Navarrete, Gary Russell Jr, Josh Warrington, and Can Xu, but they’re not famous enough for Leo to make money fighting them.

Is Leo Santa Cruz cashing out?

Santa Cruz doesn’t look like he belongs at super featherweight, and he’s going to have a tough time if the 25-year-old Tank Davis isn’t weight drained from making the 130lb limit. Many boxing fans view this clash as a ‘cash-out’ fight for Santa Cruz, who has reached his ceiling for what he’s capable of doing in moving up in weight.

The money that Santa Cruz can get fighting Davis will help feather his next during his retirement years, which may start sooner than you think. Davis is in his prime right now, and he showed that recently with the way that he massacred his last three opponents Yuriorkis Gambo, Ricardo Nunez, and Hugo Ruiz.

The one chance that Santa Cruz has of winning is if Davis is depleted from melting down to the 130-lb weight limit for the fight on October 24. In recent sparring video Tank posted on his Instagram account, he beat up welterweight Ivan Redkach in sparring.

The WBA ‘regular’ lightweight champion, Tank Davis looked like a stocky 154-pounder, beating up on a small welterweight. Totally and completely.

Davis is still big right now, and he’ll need to burn off an excess 15 to 20 pounds of fat for him to get his weight to 140 so that he drain down the last ten pounds to make the 130-lb limit.  Davis won’t get his fighting weight down to 130.

That won’t happen. Tank will do what all fighters do in getting within 10 to 20 pounds of the limit and then shed that weight by dehydrating. Davis doesn’t go overboard as some boxers do by losing 20+ pounds of water weight the week of the fight. That’s too risky, and Davis is not going to put his health on the line.

Nothing was said from Premier Boxing Champion’s side on a stiff weight penalty for the Santa Cruz vs. Tank match-up, but you can believe there is one. With Tank having failed to make weight for his super featherweight fight against Francisco Fonseca in 2018, and recently coming in over the limit for his contest against Yuriorkis Gamboa last December at lightweight, Santa Cruz’s management has likely added a weight penalty.

If either fighter comes in overweight for the Davis vs. Cruz clash, they’ll likely end up losing a substantial amount of their purse. That’s why Tank is taking a significant risk in agreeing to come down to 130 because he struggled to make weight for his bout against Gamboa.

Tank did take the weight off in the two hours they gave him to shed it, but he was sluggish during the fight. It took Davis 12 rounds to knockout the one-legged Gamboa, who tore his right Achilles tendon in the second round. Gamboa was badly limping for the last ten rounds, and Tank was too sluggish to knock him out until the final round.

Davis might not win if he’s looking as haggard as he did against Gamboa when he gets in there with Santa Cruz.

Although Davis-Santa Cruz is a good fight, there are better match-ups out there for Tank that boxing fans would prefer to see. Santa Cruz is an OK fighter, but he’s been fighting a lot of lesser guys through the last five years of his career. He doesn’t rate compared to some of the talented 135-pounders that Tank should be fighting.

These would be better choices for Tank Davis than Santa Cruz:

Fans would much prefer to see Tank fighting any of those four than having him take on Santa Cruz in a money-grab on Showtime pay-per-view. If you’re going to charge fans to watch Tank fight, he at least should be facing an opponent that has a chance of beating him like Lomachenko, Haney, or Teofimo.

Almost no one is giving Santa Cruz a ghost of a chance against Tank, and the reason why is simple.

Santa Cruz looked horrible against Miguel Flores in his last outing, and that fight showed that he’s using the 130lb division as a foxhole to hide out from the dangerous guys at 126. You put Santa Cruz in with 126-pound fighters Navarrete and Russell Jr; he’ll lose badly.