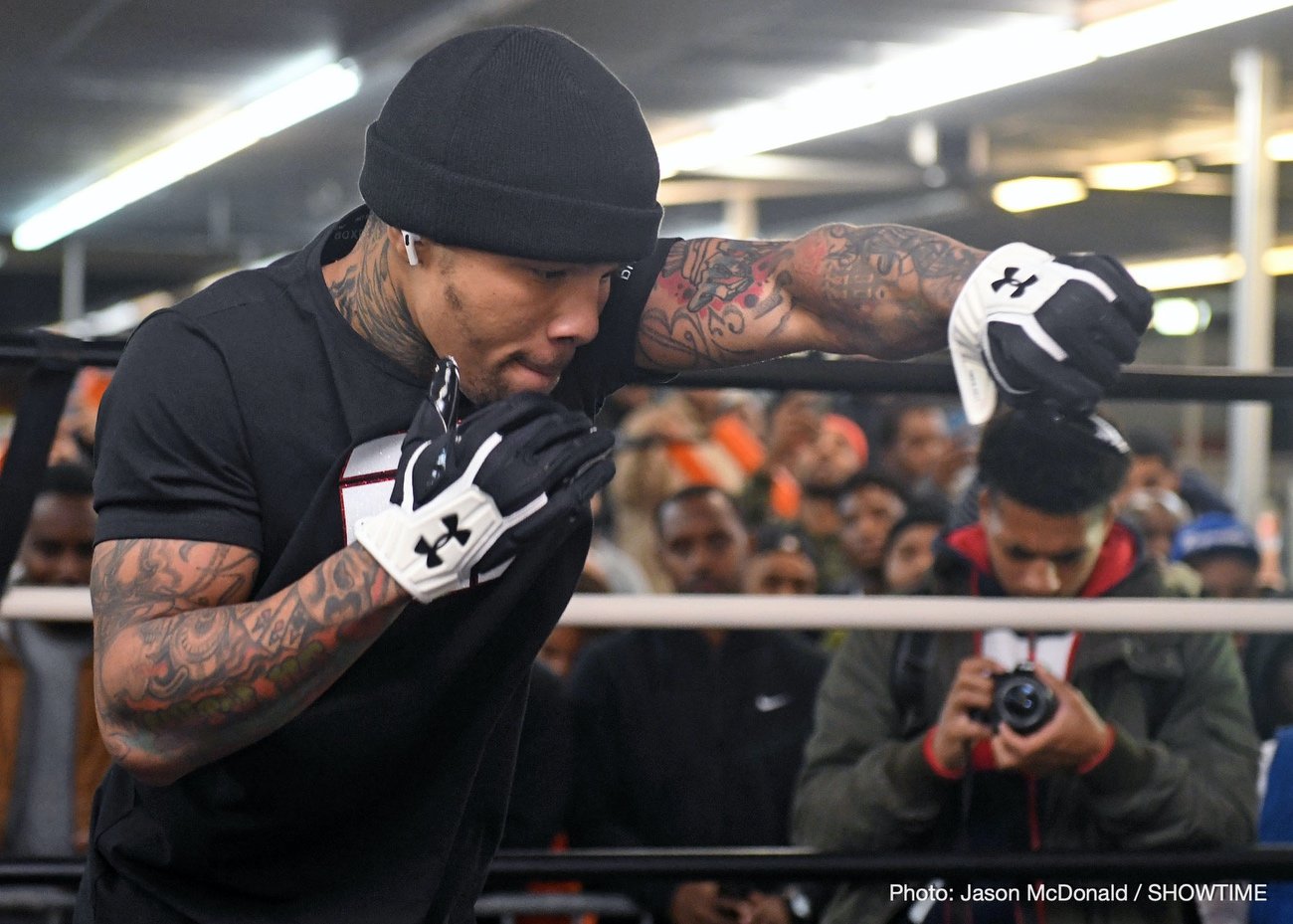 By Dan Ambrose: Gervonta ‘Tank’ Davis posted a video on social media on Friday of him beating up his sparring partner Ivan Redkach. What was impressive about the one-sided nature of the Davis’ thrashing of Redkach (23-5-1, 18 KOs) is that he was fighting a welterweight, not a lightweight.

The 5’5″ Tank Davis (23-0, 22 KOs) fights at 135, and yet he was pounding the living daylights out of the bigger 147-pounder Redkach. The 5’9 1/2″ Redkach is the same fighter that gave welterweight Danny Garcia a lot of problems last January in losing a 12 round decision.

Other than the rabbit punches that Tank Davis was hitting Redkach with repeatedly during the short video clip, he was manhandling him. With that said, Redkach was competing at 135 just four years, and he’s not a true representative of the 147-pound division. 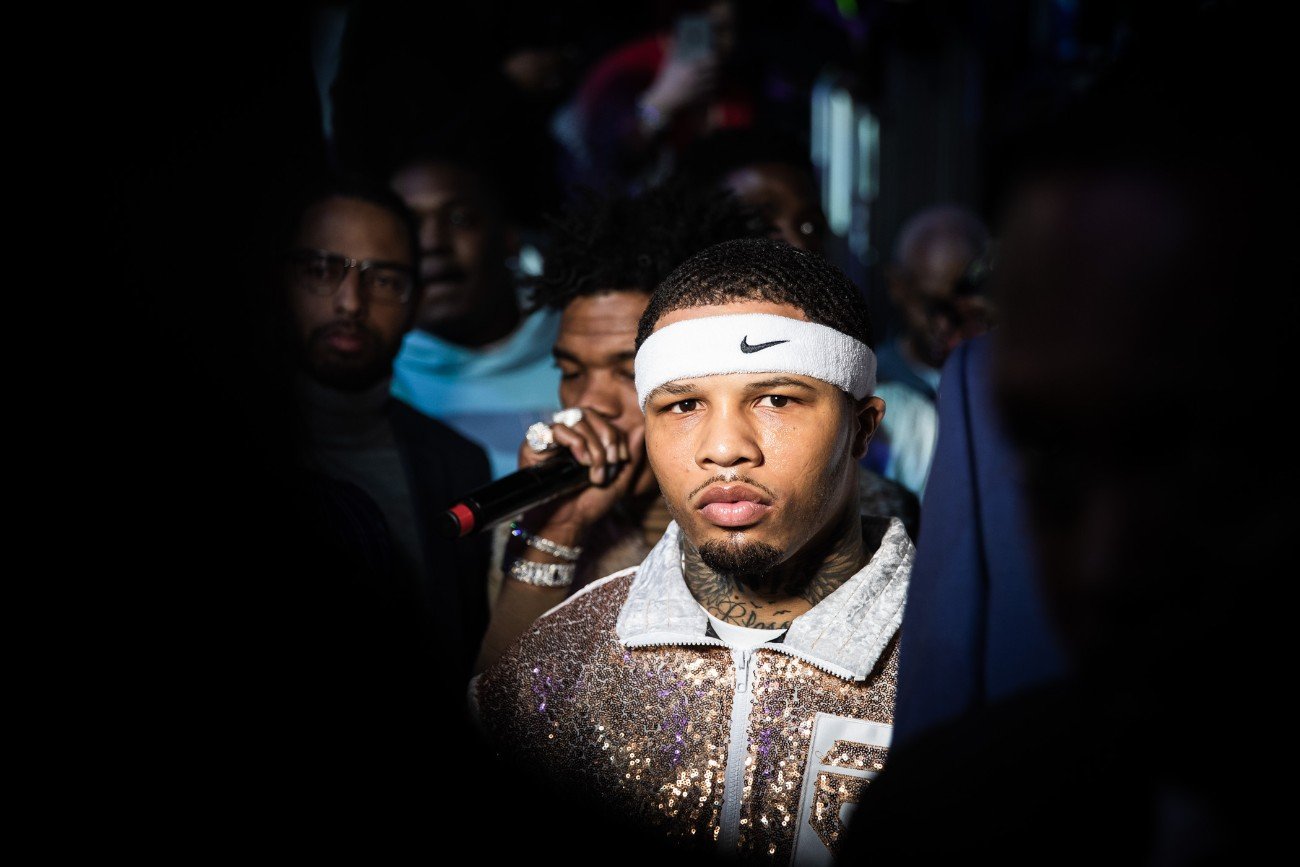 Davis not taking it easy on Redkach

Tank would find it a lot harder to bum rush a welterweight like Errol Spence, Shawn Porter, or Terence Crawford. Davis couldn’t fight the way he did against Redkach against a dominant welterweight without asking for trouble.

Davis was able to walk right up on Redkach because he’s not a big puncher, and he lacks an inside game. If Davis tried the same tactics against the elite welterweights, he might be counting stars. Those guys hit a lot harder, and they have bigger frames than Tank and the thin Redkach.

If this is how Tank Davis treats all his sparring partners, it must be difficult for him to keep guys in camp with him. Davis was fighting Redkach all out, looking like he was trying to knock him out rather than on working on things.

For a sparring partner, that’s got to be tough to go through that kind of situation. If they don’t know what they’re getting themselves into ahead of time, it’s going to be a shock to the sparring partner.

Tank is looking big right now, and he may be in the 150s right now. He looks chunky right now. For Gervonta to make 135 or 130, he’s going to have to lose a lot of weight.

Davis, 25, doesn’t have a fight scheduled yet, but he’s hoping to take on Leo Santa Cruz if they can negotiate the match, It still needs to be decided at what weight Leo and Tank will be meeting at. Santa Cruz wants Tank to jump back down to 130, his old weight class. However, there’s a lot of doubt whether Tank can make weight for the super featherweight division.

Right now, it’s doubtful that he can. Santa Cruz looked terrible in his recent fight at 130 against Miguel Flores last November. And Santa Cruz got hit a lot, and he struggled the entire time against Flores. Santa Cruz’s power isn’t the same at 130 compared to when he was fighting at 118, 122, and 126.

Santa Cruz doesn’t look like he belongs at super featherweight at all. Yeah, Santa Cruz beat a mid-level fighter in Flores, but he likely loses to WBC champion Miguel Berchelt, Shakur Stevenson, and Oscar Valdez.

It’s a weak move on Tank’s part to go after Santa Cruz rather than going after the top lightweights like Devin Haney, Vasily Lomachenko, Teofimo Lopez, Ryan Garcia, and Luke Campbell.