David Benavidez vs. Roamer Angulo on August 15 on SHOWTIME 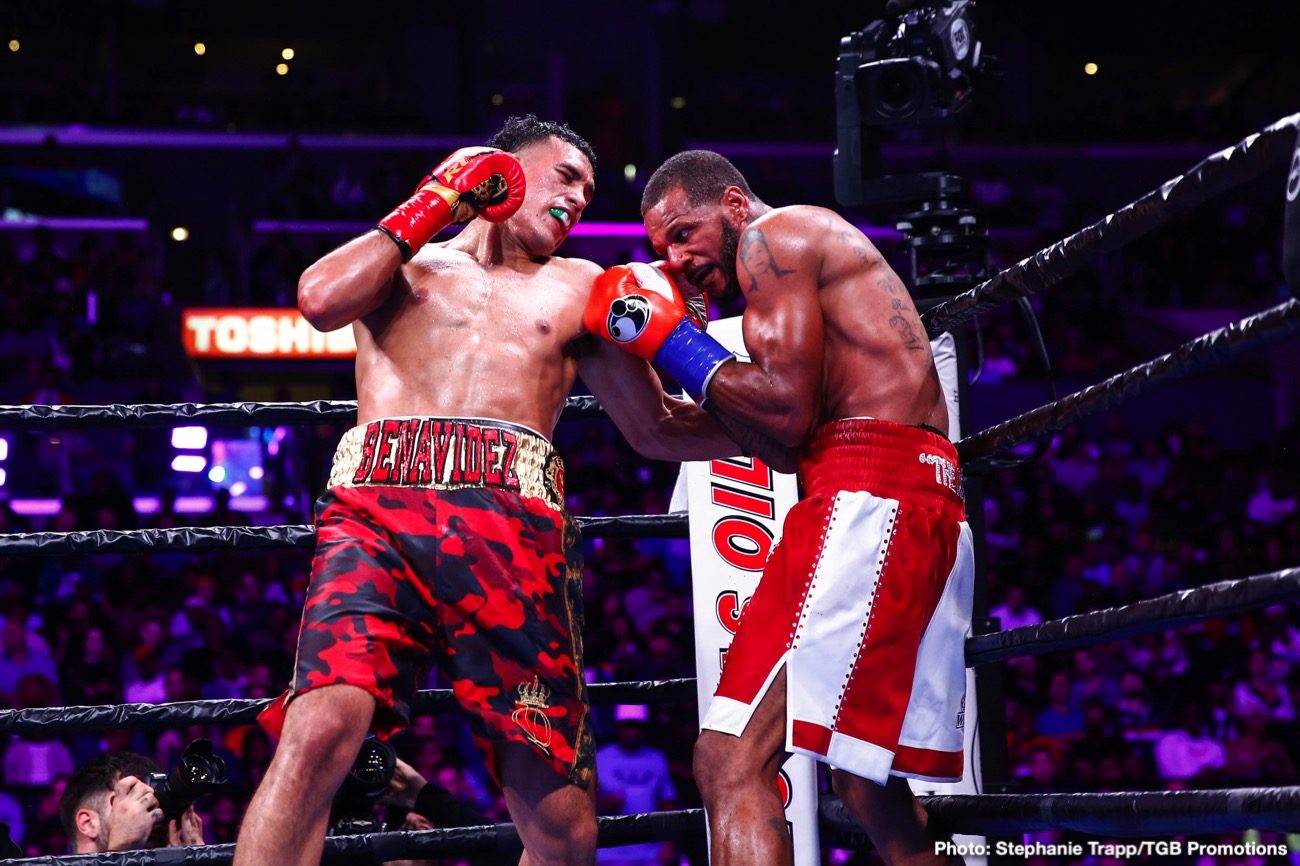 By Sean Jones: David Benavidez will be back in the ring next month in defending his WBC 168-lb belt against bottom-ranked #15 fringe contender  Roamer Angulo on August 15 on Showtime. The location of the fight will be at Mohegan Sun in Connecticut.

Benavidez, 23, would like to take on a better opponent than the Colombian Angulo, but he doesn’t have a lot of options. Without a live gate, it limited the kind of opponent that Benavidez can get. He wants to fight IBF 168-lb champion Caleb Plant, but that’s not going to happen for a while.

Canelo Alvarez hasn’t shown interest in fighting Benavidez, and some believe the Golden Boy promoted fighter is afraid of him. Alvarez can’t say that he doesn’t fight at 168 because he does. Canelo holds the WBA secondary 168-lb title, which he won two years ago in stopping Rocky Fielding.

There are certain guys that Canelo likes to fight, but Benavidez hasn’t made that list. There’s a very good chance that Canelo will never fight Benavidez, even though he’s in the same weight class as him at 168. If Benavidez wins the IBF belt from Caleb Plant, a lot of pressure will be put on Canelo to face him.

When Canelo doesn’t mention dangerous fighter’s names, it tells you that he wants no part of fighting them. We’ve seen that with Canelo never saying these fighters’ names:

Angulo challenged for a world title two years ago against former WBO super middleweight champion Gilberto ‘Zurdo’ Ramirez in 2018. The 6’2″ Ramirez looked like a giant compared to Angulo, and he easily beat him.

Since that loss, which was a complete mismatch, Roamer has won his last three matches. He beat Anthony Sims in his previous contest by a 10 round split decision last January.

Mike Coppinger broke the news. In the co-feature, heavyweight contender Otto Wallin will face Travis Kauffman. This should be a decent fight. The 6’6″ Swedish heavyweight Wallin (20-1, 13 KOs) gave Tyson Fury all he could handle last September in losing a competitive 12 round unanimous decision. The scores were 118-110, 117-111, and 116-112.

The chief support fight between Wallin and Kauffman should arguably be the main event because it’s a more competitive match than the Benavidez vs. Angulo bout. Wallin should win without any problems. But Kauffman won’t roll over on him to make it easy.

Wallin, 29, gave Fury a harder fight than Deontay Wilder did recently. The way that Wallin battled Fury at close to mid-range for 12 rounds, he arguably prepared him for the style of fighting that he used against Wilder in their rematch.

Kauffman (32-3, 23 KOs) lost his last fight to Luis ‘King Kong’ Ortiz by a 10th round knockout in December 2018. That was a competitive fight. Kauffman gave Ortiz something to think about.

It’s unclear why Kauffman has been sitting idle for the last year and a half. Kauffman has lost two out of his previous three fights. Amir Mansour defeated Travis by a 12 round majority decision in 2017.

Wallin showed a lot of ability in his fight with Fury. If Otto can put together enough wins to get a #1 ranking with one of the four sanctioning bodies, he’ll be able to get a big-money title shot against Fury or Anthony Joshua. Those are the title holders now in the heavyweight division.