Fury vs. Wilder 3 tickets will be EXPENSIVE for December 19

By Matt Lieberman: Fans will need to get ready to dig deep to come up with the money they’ll be expected to pay to see the trilogy fight between Tyson Fury and Deontay Wilder on December 19 at the Allegiant Stadium in Las Vegas, Nevada.

According to ESPN, the tickets for the Fury-Wilder 3 fight will sell at a premium. The reason for that is there will be fewer tickets available due to the socially distanced seating for the 65,000 seat Allegiant Stadium.

Top Rank will have space between each seat to create a barrier between the fans. They want to keep it safe to protect the fans from getting sick, and that’s the rationale behind the socially distanced seating.

One problem with pricing the tickets high for the Fury vs. Wilder 3 trilogy match is the timing. A lot of boxing fans are still unemployed or under-employed due to the pandemic causing companies to shut down or layoff workers.

If the tickets for the Wilder-Fury III fight are sold at too high of a price, then only the wealthy will be able to afford them. That’s not good for Top Rank if they’re unable to sell tickets because they decide to raise the prices.

Tickets for Fury vs. Wilder 3 could be expensive

“Socially distanced seating means you’re selling, one would think, mostly premium tickets, right?” said Kellerman to ESPN. “You would imagine supply and demand for a ticket to a live sporting event, that supply is very low. The demand must be quite high, in fact, despite travel restrictions, I imagine. Have you heard anything about that?

“I mean, look, think of it as an open-air luxury box,” said Kriegel about the Fury vs. Wilder 3 seating. “Okay, they have to be expensive. This is the heavyweight championship of the world. It’ll be expensive.

“It’s a high ticket item, but I think that’s the best way to look at it. You’re going to have to space this stuff out. You’re putting it in a football stadium, and you would get, I guess, regular arena type seating in terms of numbers,” said Kriegel.

“It also occurs to me that so much of boxing is being seen by people in the arena that maybe it dampens demand,” said Kellerman. “It’s going to be interesting to see what happens if they can pull that off in any way.”

Well, if fans are expected to pay the same kind of money they would pay for seating in a luxury box, that’s not going to work for Fury-Wilder fight. It costs a mint for luxury box tickets. These are some of the things that people enjoy in a luxury box:

Fans won’t be happy paying luxury box prices for open-air seating without all the amenities that one would enjoy with that kind of setup.

“Let’s go right to it; Fury-Wilder III,” said Max Kellerman to ESPN. “I felt Fury left no doubt in the rematch, but we’re talking about December.”

“December 19th remains the projected date, as we reported a while ago,” said Mark Kriegel on the Fury vs. Wilder 3 fight. “What has changed, Todd Duboef, the Top Rank president has spoken to the Raiders, and the Raiders play a Thursday, December 17th, and they held the 19th.

“So they basically have that booked, the Allegiant Stadium for some socially distanced seating. If not there, then look for the MGM. Let’s hope that one comes together there. Both guys [Fury and Wilder] are doing their part on social media right now, which is all you can expect from great fighters in this day and age,” said Kriegel.

We’re assuming that the rules for fans to follow to attend the Wilder vs. Fury 3 fight at Allegiant Stadium will be that they’re wearing masks. It won’t work well if you get stubborn fans that refuse to wear masks. They’ll need to be enforcement of the mask rule. 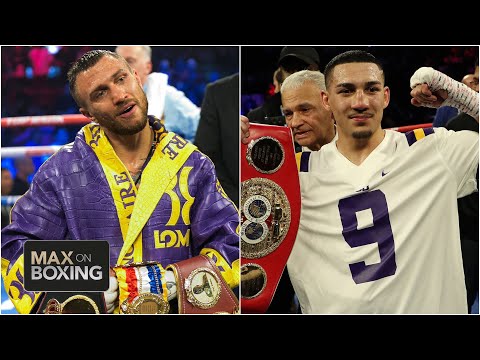 December is a bad month to have a live fight with a crowd because that’s when they’re projecting a huge spike of new cases from the virus. The second phase of the virus is expected to hit in November or December, and it could be worse than the first phase.