Golovkin the better option for Pacquiao than Crawford 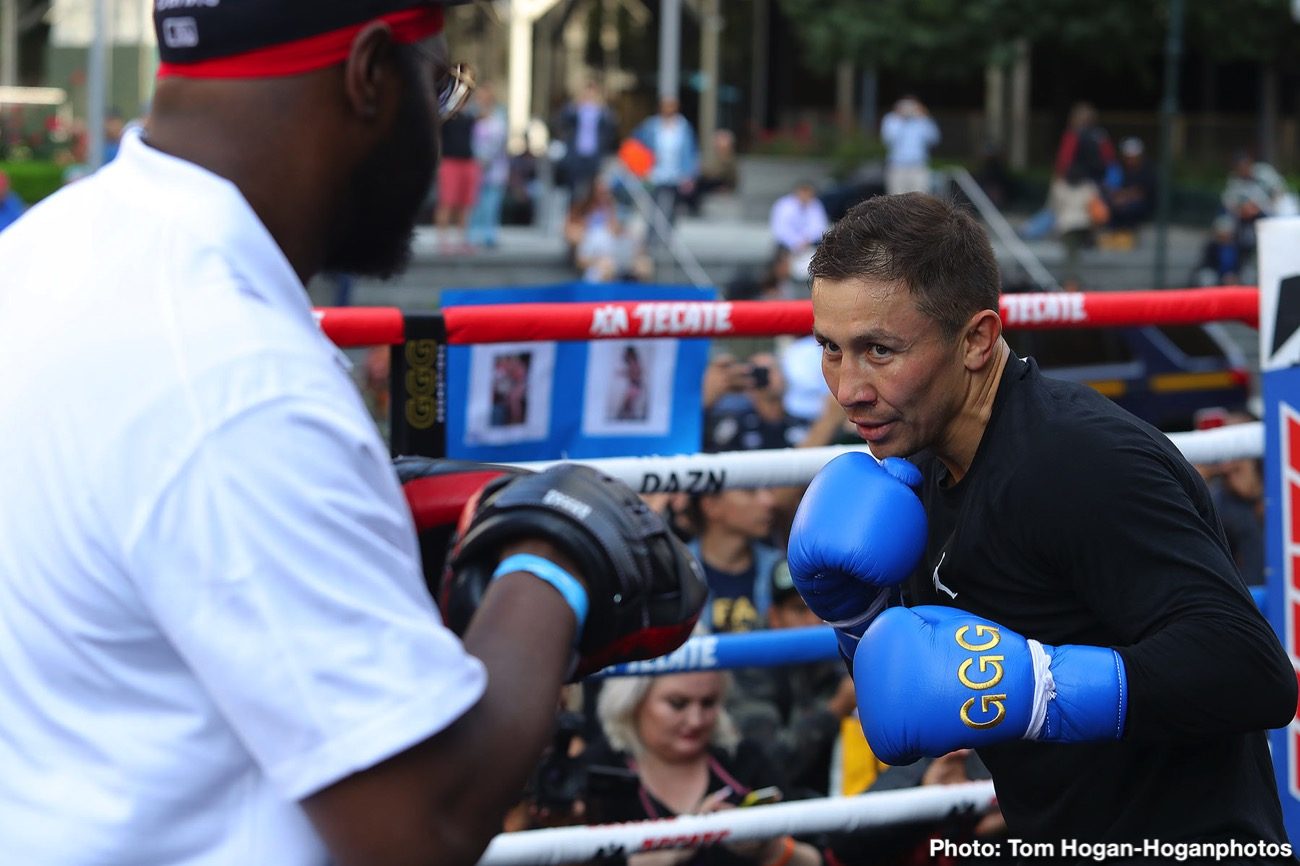 By Chris Williams: Manny Pacquiao can shake up the boxing world by taking on middleweight champion Gennady ‘GGG’ Golovkin this year and look to pull off one of the biggest upsets in this era.

Terence Crawford’s promoter Bob Arum is calling the idea of 147-pound Pacquiao taking on Golovkin as a ‘Stupid fight,” but the fans disagree. They like the idea of Pacquiao fighting GGG A LOT more than they do the switch-hitting counter-puncher Crawford, who doesn’t compete in the same entertaining style as Golovkin. 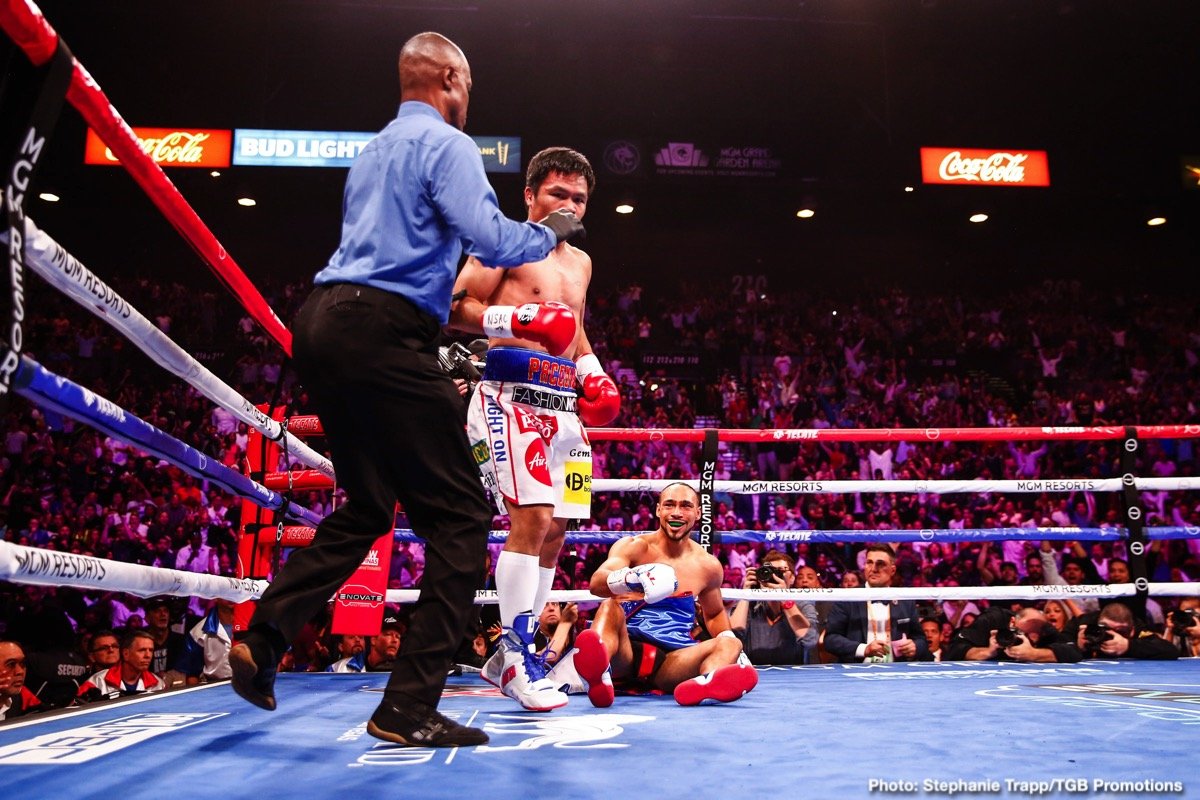 Pacquiao’s speed would be a problem for Golovkin

Age has caught up to the 38-year-old Golovkin, and he doesn’t move as well, and his hand speed and reflexes aren’t what they were a decade ago. Pacquiao would be catching Golovkin at the right time and would be able to take advantage of his diminished physical skills. Even at 41, Pacquiao is a lot faster on his feet than Canelo Alvarez, and we saw what the Mexican star was able to do to Gennadiy in their last fight.

The fact that everyone is saying that Pacquiao shouldn’t take on Golovkin, that gives Manny the chance to prove all his doubters wrong by taking on GGG and showing fans that he can beat Goliath.

Pacquiao has already gotten the better of  Jeff Horn and Antonio Margarito. Both of those fighters were close to the same size as Golovkin. The performances that Pacquiao put in against Horn and Margarito shows that he’s got more than enough talent to beat Golovkin.

The weight difference isn’t that much between 147 and 160-pound divisions. We’re only talking thirteen pounds. This isn’t like in the heavyweight division where you get a 273-pound fighter like Tyson Fury taking on a 231-lb Deontay Wilder.

Forty-two pounds separated those two heavyweights in their match last February. It was the same in their first fight in 2018.

GGG’s power not as good as people think

Some boxing fans believe that Pacquiao could get hurt by Golovkin like former IBF welterweight champion Kell Brook did in his loss to GGG in 2016.

Brook suffered a fractured eye socket in that fight when he got hit by a left hook in the opening round. However, that was a punch that would have injured any fighter because the tip of Golovkin’s glove caught Brook in a place where he was vulnerable. 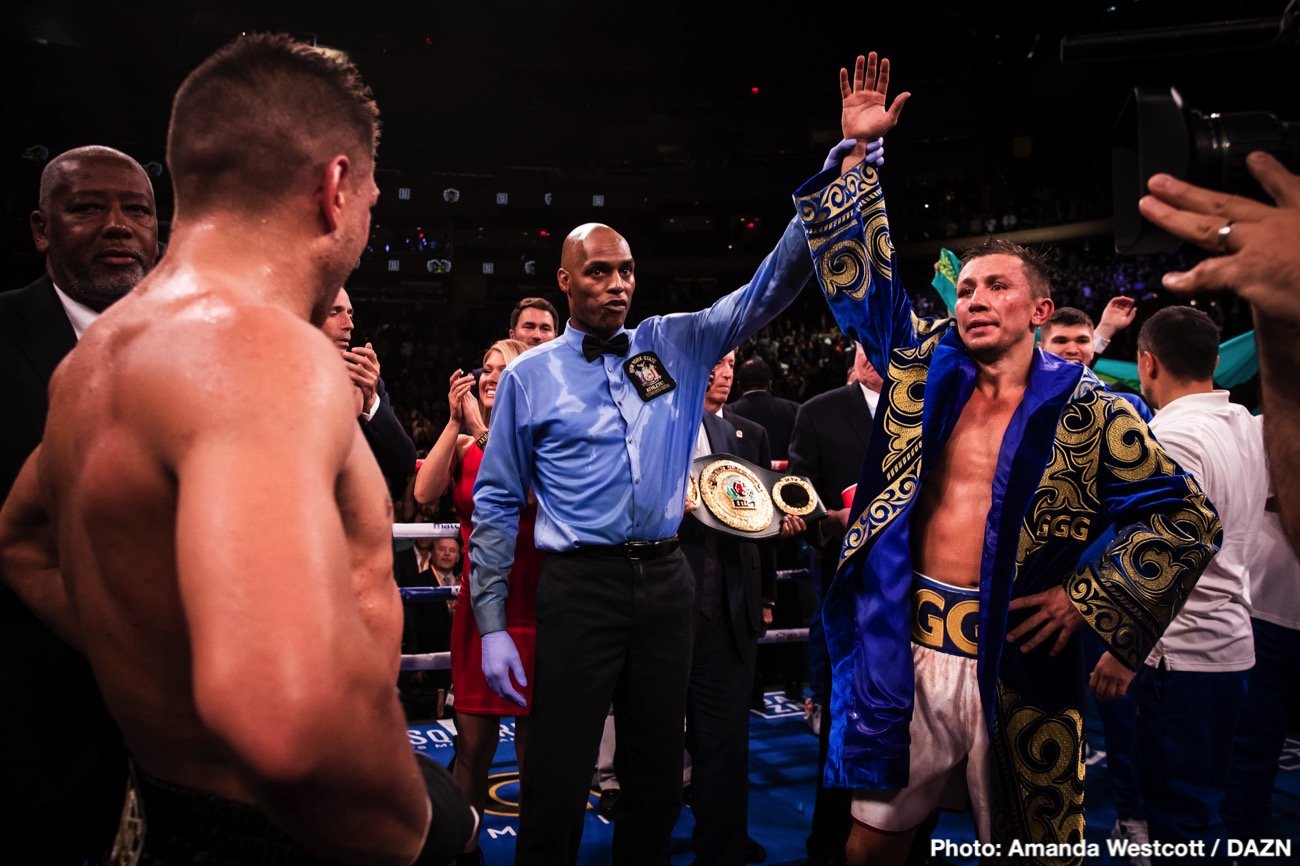 It was a punch that caught Brook in the wrong place. Other than that one punch, Brook did well and looked like the better fighter much of the time despite fighting with one non-injured eye.

When Brook was letting his hands go, he was getting the better of Golovkin in rounds two through four. If not for the eye injury, Brook might have beaten GGG, and we would have never seen the Kazakhstan fighter go on to face Canelo Alvarez twice. Instead, it would have been Brook fighting Canelo, and his career would look much different today.

Fighting Crawford won’t do much for Manny

If Pacquiao fights Golovkin this year, it’ll make a HUGE noise in the boxing world, and interest a lot of the casual fans. In contrast, if Pacquiao agrees to make Arum happy by facing his fighter Crawford, it won’t be nearly the same amount of interest. Why is that? It’s because Crawford doesn’t have an entertaining style of fighting.

He’s a counter puncher, and those types of fighters are reactive, not proactive, and that’s boring to watch compared to fighters that initiate. In Crawford’s last fight against little known Egidijus Kavaliauskas, he was more aggressive than usual, but he paid for it by getting dropped.

Although the rail blew the call by ruling it a slip, the boxing world saw for themselves that Crawford tasted the canvas. That fight showed that Crawford isn’t good when he’s aggressive. His style is based on being a passive counter puncher, which again, it’s not nearly as exciting to watch as fighters that come forward looking to bomb out their opponents.

“Manny is very interested in fighting Crawford but someone has got to put up the money and there’s got to be a site,” said Arum to the dailymail.co.uk.

Supposedly, the Pacquiao vs. Crawford fight is in advanced negotiations, but that doesn’t appear to be the case. Arum wants that fight to happen, but it’s not looking like it has any chance at all of happening.

Look at it this way. Which fight will shock the world more for Pacquiao? Crawford or Golovkin? It’s a slam dunk in favor of Golovkin. Despite being a pro for 12 years, Crawford hasn’t achieved the popularity that Golovkin has during his career, and it’s easy to see why.

Boxing fans prefer to see a fighter that is willing to get in the trenches and slug rather than counter-punchers that waste time changing stances, and running around the ring.

Arum wants Pacquiao to fight his guy Crawford and he kind of needs that challenge. There’s going to be a time shortly when Crawford is a shot fighter, and this may be his last chance to become a star by beating Pacquiao finally. I

“It’s a stupid fight,” Arum said in expressing his unhappiness about Pacquiao potentially taking on Golovkin rather than his own fighter Crawford. “I know Golovkin appears to be over the hill, but it’s a fight that could be very dangerous for Pacquiao.”

It’s got to be more than a little frustrating for Arum. He’s got to make that fight for Crawford against Pacquiao because he’s not been able to leap pay-per-view, and things are starting to look bleak.

The thing is, even if Crawford did get the Pacquiao fight, it’s still unlikely that he’ll become a vast pay-per-view attraction. Crawford will have a better chance of becoming a star if he takes Pacquiao’s scalp with an emphatic knockout win over the 41-year-old Filipino star.

It’s still unlikely. Pacquiao is too old, and Crawford would likely fight a dull manner that would fail to impress the fans. 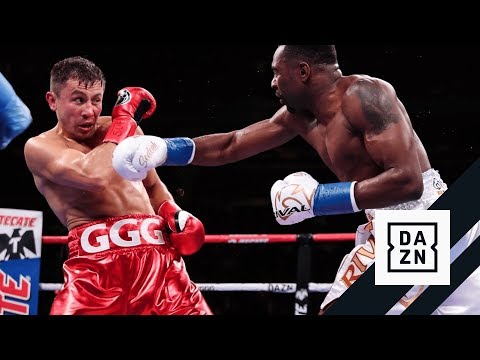