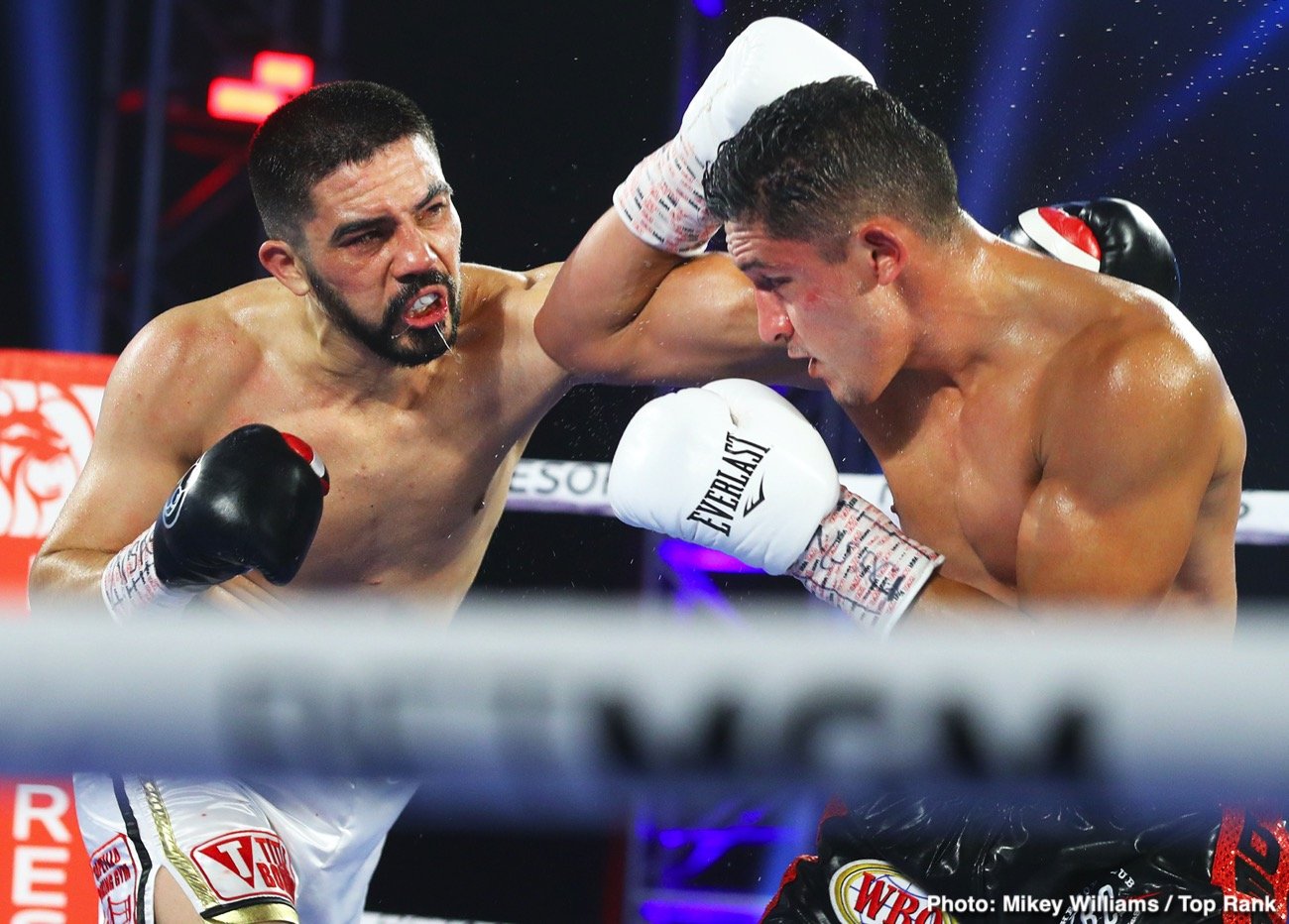 By George Goddiess: ESPN’s third installment of boxing following the Covid-19 shutdown opened up with another entertaining opener. The twenty-eight-year-old welterweight contender Giovani Santillan won a tightly contested ten round majority decision in The Bubble at MGM Grand in Las Vegas.

Judges Steve Weisfeld and Tim Cheatham both scored the bout in favor of Santillan 96-94, and Dave Moretti had the fight even at 95-95. Thirty-four-year-old Antonio DeMarco fought a very tough performance tonight and even got the nod of the ESPN broadcast who felt he won the fight.

In a good crossroads fight of youth versus experience, there were some good mixes of combinations and momentum shifts.

The fight began with a very measured pace with both men circling and moving from the outside looking to study their opponent. The action started with an exchange of right hooks to break up the tension. Santillan and DeMarco each poked at each other’s defenses with jabs to the head and body looking to create a reaction to capitalize on. Santillan finished the round with a flurry, but it was tough to see what actually got in.

Santillan began the second round coming forward and trying to bob and weave with his head and catch DeMarco’s probing jabs with his gloves. DeMarco unleashed a solid left cross as Santillan lingered in front of DeMarco momentarily. Antonio continued to stick out his right hand, looking to measure up his younger and more aggressive opponent. A straight left pierced between the guard of Santillan.

DeMarco did try his uppercut, but it grazed. In order to get leverage on his right hook to the body, DeMarco leaned in with his head but was hit by hooks over his guard. The last-minute of the round saw the pace settle more into the older DeMarco’s favor.

NEWS:   What Was Your Favorite Boxing Movie of Over 50 Made?

Santillan started the fourth round aggressively with short attacks to the body to lower the guard and following up to the head. In a show of youth, DeMarco snapped out a left cross to the head with his back to the ropes, but Santillan struck back a moment later with a crisp return of his own straight left.

Santillan then struck with a three punch combination following a break consisting of a left uppercut and a right hook behind it. DeMarco began to dip the left shoulder to generate torque for his right hook that he was continuously trying to rip to the body of his younger opponent at any chance he could get.

Just after the ten-second clap, DeMarco did a shuffle with his feet in a show of gamesmanship and would become a trend down the stretch of the bout.
Round five began with a slightly different pattern as it was DeMarco who came out of his corner, the aggressor.

DeMarco was able to get Santillan to the ropes early in the round. Santillan flurried at DeMarco’s guard but remained just out of range for a counter. DeMarco again tried again to goad Santillan into an exchange with him by waving him in with his glove.

DeMarco had success down the stretch of the round, getting his right hook to the head and the body followed by a jab-left hand combination. Santillan appeared to hit a middle-round slump. The sixth round began with a mixing of jabs from both men before settling into Santillan, trying to flurry with combinations and DeMarco trying to time his uppercut.

The two fighters began to spend more time up close, where Santillan started to use his forearm to push into the guard of DeMarco to create space and try and wear down his opponent. DeMarco scored again with two uppercuts alternating hands and snapping back the head of Santillan.

Antonio continued to open up more with his left cross into a right hook to the head and digging in his right hook to the body several more times. The seventh-round saw instances of Santillan and DeMarco trying to exchange punches with each other.

Giovani lead out with the right hook to the head while Antonio ripped a right hook to the body; this was repeated twice. Santillan began to lean in with his head more in this round, looking to force his way through the guard, but this left him susceptible to uppercuts. Once more, DeMarco waved on his opponent, who obliged him in an exchange to finish the round.

The action was broken up a little in the eighth, which began with an extended rest as the corner had to address the tape on Santillan’s glove. Again as in recent exchanges, the two combatants attempted to throw with each other as Santillan went left cross, and DeMarco went right hook to the body.

DeMarco continued to work his combinations, but down the stretch of the round, Santillan landed four unanswered left hands and snapped back the head of DeMarco. The ninth round saw Santillan pour it on, perhaps sensing a deficit on the cards he fought very aggressively flurrying at a slowing DeMarco.

Heading into the tenth round, DeMarco’s corner was urging him on for one more round. Despite the fight seeming to hang in the balance with the judges, the last round started off measured. Santillan continued to flurry to pile up points.

Later in the round, he languished at range with his hands low and ate a left hand from DeMarco. At the ten-second clap, a final exchange broke out. When the dust settled, both men stood to hear the decision after a closely contested fight.

Neither man had been seriously hurt in the fight nor had been totally dominant over the ten rounds. The decision was bound to be close, and if there had been a crowd, there might have been some booing. The six to four and five to five scores are fair in my eyes.

What is interesting about the scoring of this bout is the amount of disagreement in the victory awarding judges. Both Weisfeld and Cheatham scored it 96-94 for Santillan, but they disagreed on six different rounds. Moretti’s card was very different from both of their cards, giving both fighters sweeps following the first round, which he scored to Santillan.

He had DeMarco win five rounds in a row before scoring the remaining four for Santillan to get to the 95-95 draw. It is not uncommon for judges to disagree on rounds, but it is also rare to see so much disagreement.

Going ten rounds with a former world champion is always going to result in positive growth as a fighter. He was outside the top fifteen of the four major sanctioning bodies but should take a step further up the welterweight ladder and try to break into the rankings.

As for Antonio DeMarco, he proved he is a dangerous fighter to pair your undefeated prospect with. He made a statement tonight following a two-fight skid of decision losses but made his case tonight.

Despite being past his best days and two weight classes north of where he held his World Boxing Council title, he showed class and poise in there tonight. Hopefully, he has earned himself another TV slot and a chance at further exposure and a solid payday.

Despite being 2-6 over his last eight bouts since 2014, he has continued to be a stern test for up and coming fighters. I look forward to what these two can do next. 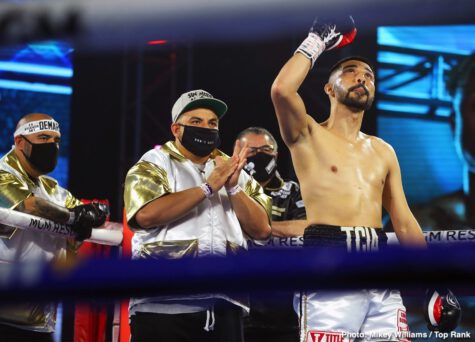 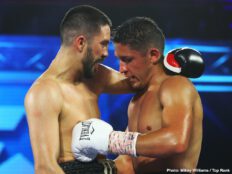 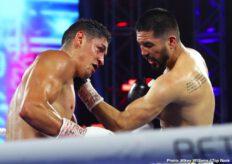 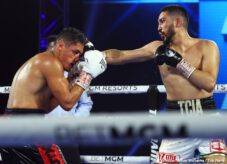 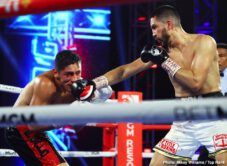 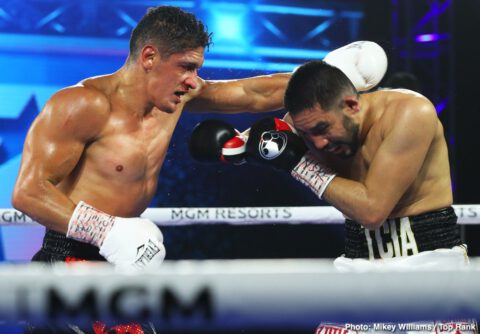 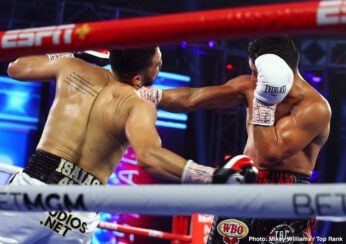 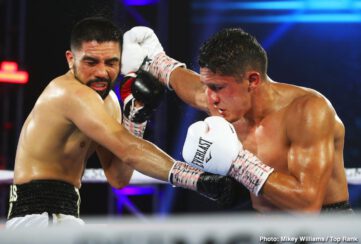 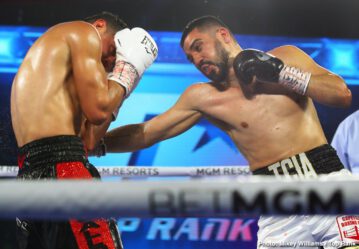 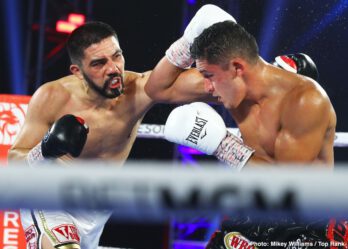 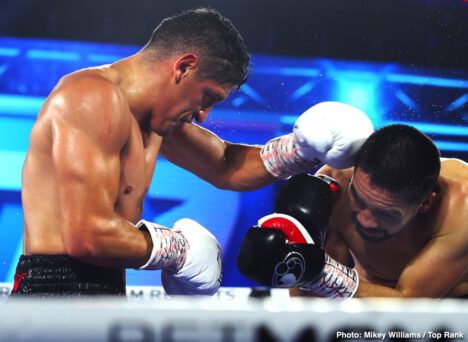 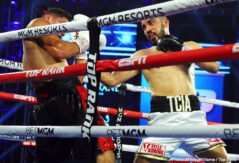 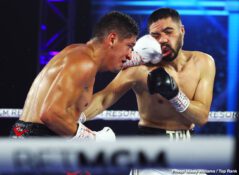 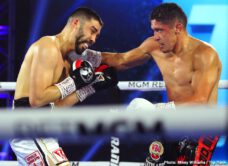 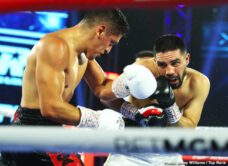 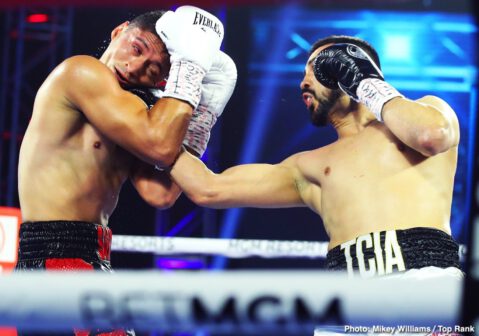 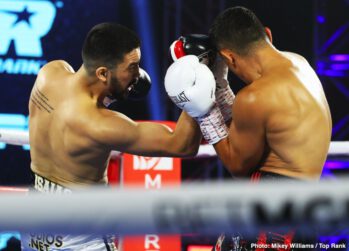 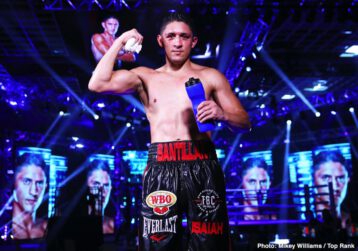 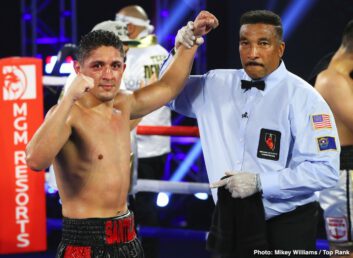 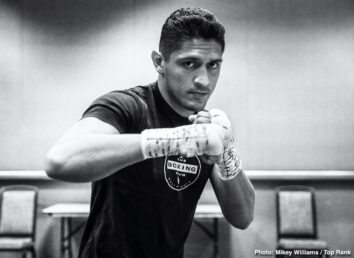 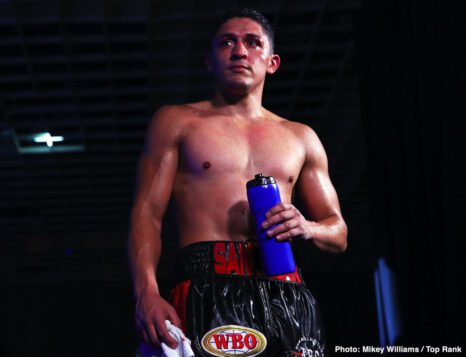 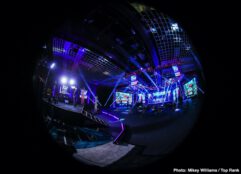 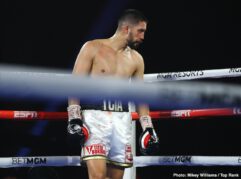 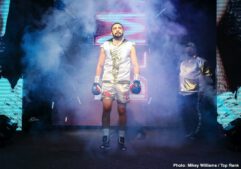 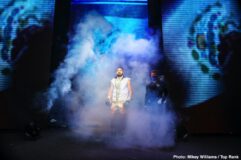 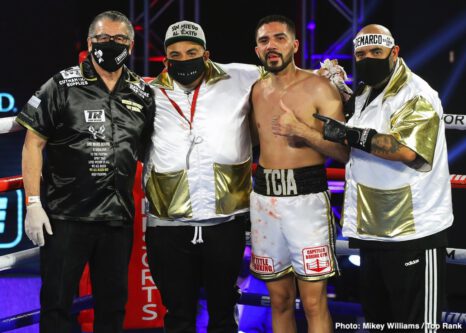 
« Jarrell ‘Big Baby’ Miller approved for license by NSAC, to fight on July 9 on ESPN