By Charles Brun: Heavyweight champion Anthony Joshua says he won’t fight 53-year-old Mike Tyson if the opportunity were to present itself to him. The famous IBF/WBA/WBO champion Joshua (23-1, 21 KOs) feels that the fans would turn against him if he fought the boxing legend ‘Iron’ Mike Tyson and beat him.

Tyson is talking about wanting to come back for charity boxing events and knows what after that. Some believe that Tyson might even return for a professional bout against a top fighter. If that’s the case, you can count Anthony Joshua out.

AJ wants no part of a fight against Mike Tyson, and it’s perfectly understandable why he’s not interested. There’s no upside in the 6’6″ Joshua beating the gray-haired Tyson, who hasn’t fought since 2005.  Joshua is focused on fighting relevant heavyweights from this era, like Tyson Fury, Dillian Whyte, and Kubrat Pulev. 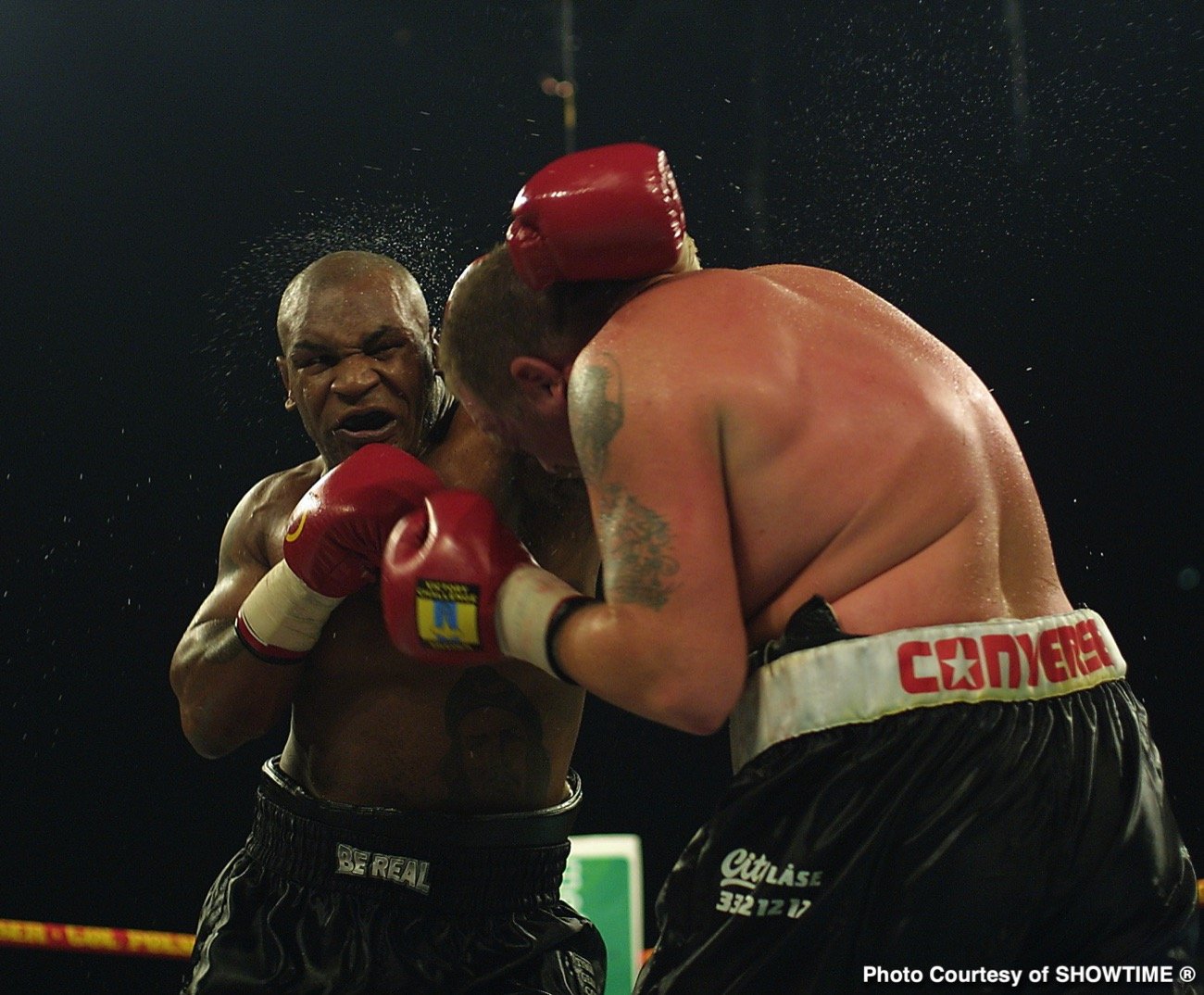 “With all due respect, I wouldn’t [fight Mike Tyson],” Joshua said to The Sun. “Even if I fought Iron Mike and beat him, I think I’d be the only one cheering. People would boo. He is a legend. He is the greatest boxer of the modern era.

“There are only two recognized champions the world knows of, [Muhammad] Ali and Mike Tyson — the most recognized faces in the world when it comes to boxing.”

It would be nothing short of a disaster if Joshua or any top heavyweight from this era were to take on Mike Tyson. The fans would trash any young heavyweight that would compete against Tyson throughout the build-up to the fight. No matter what the outcome, Joshua, Fury or whoever, would receive pure abuse from the boing world for a match against Mike Tyson.

Many years ago, George Foreman made a comeback in his 40s. When Foreman came out of retirement, he was no longer the slim, athletic-looking fighter that had terrorized the heavyweight division in the early to mid-1970s. Foreman wanted to fight Mike Tyson, but that match never happened.

Tyson wanted no part in taking on Foreman for the same reason Joshua doesn’t want to fight him now. Tyson would have gained nothing in beating the chubby 40+-year-old Foreman.

NEWS:   Joshua vs. Usyk 2 winner could be stuck defending against WBA mandatory Helenius

Joshua notes that the boxing world has gone crazy after seeing a 15-second clip of the 53-year-old Mike Tyson hitting the pads during a workout.

The fans believe that from seeing that brief clip that Tyson can come back to beat the top heavyweights of this day, and they don’t realize that there’s a lot more to it. They didn’t see Tyson workout in an extended manner to test his stamina, and nor did they get a chance to see how he reacts to getting hit.

“I see it like this.  How old is David Beckham, 44, 45?” Joshua continued. “If you see him in ten years kicking a ball, doing 100 kick-ups, around-the-world and hitting the crossbar and then an overhead volley into the top corner, people would love it,” said Joshua.

“But because Mike Tyson is the embodiment of like, the killing machine, he hits the pads for 15 seconds, and the whole world goes crazy, it is normal.

“It is what Tyson knows. But for him to fight… would you be shocked if Beckham came back? You would. But for boxers, it’s all they know,” said Joshua.

Tyson could make a lot of money from his exhibition matches against older heavyweights like Evander Holyfield and Shannon Briggs. The fights could be shown on pay-per-view, and it should be interesting to see how well he looks.

It would be a good idea for Tyson to take on Holyfield in his first exhibition match. If things go wrong in his first match, the fans might not want to pay to see him after that.

Crawford vs. Pacquiao possible for Bahrain in 2020 »