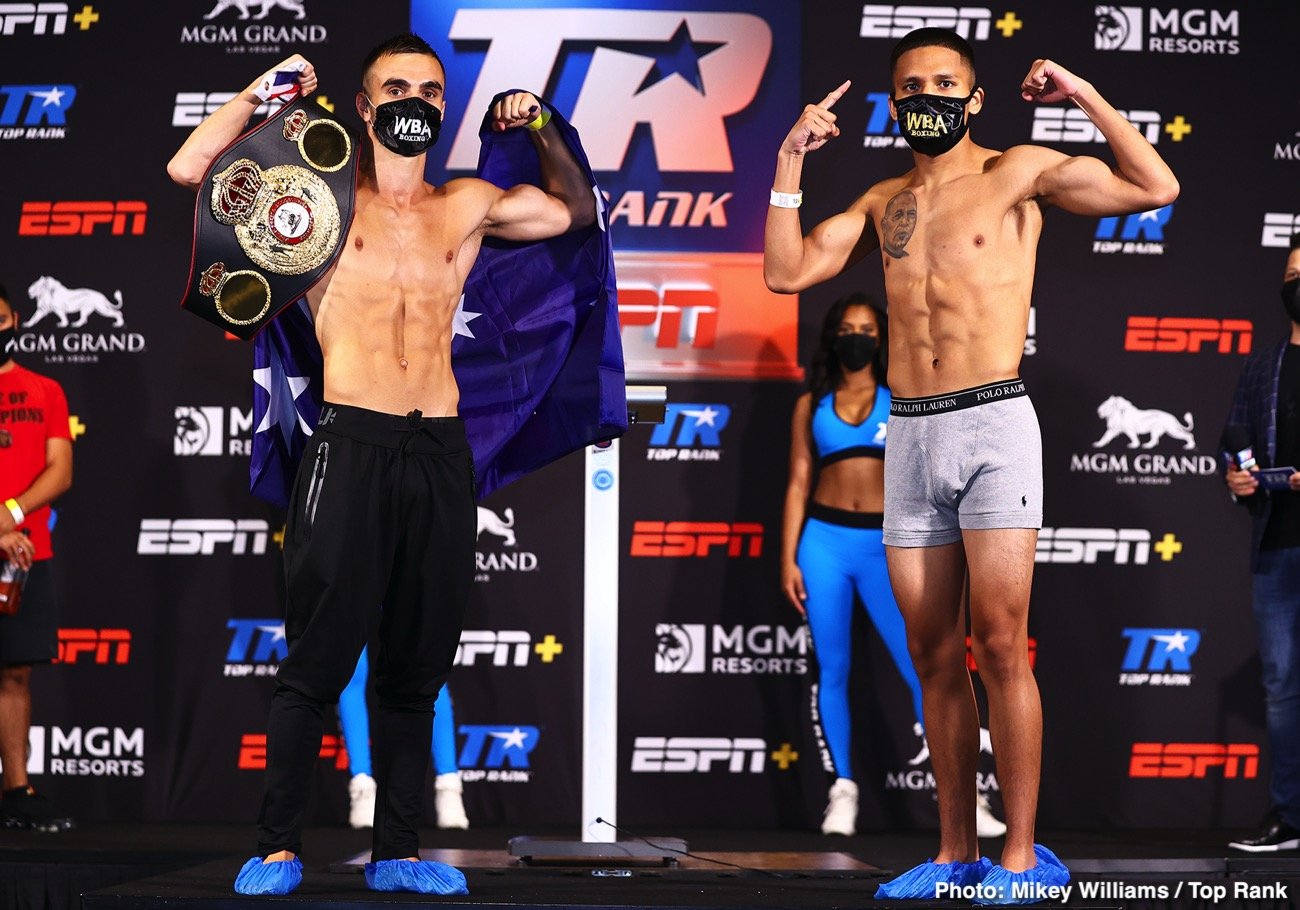 You can’t fault Top Rank or matching Moloney up against the fringe contender Franco. With the pandemic and the absence of crowds, Franco was probably as good as Top Rank could get. But that’s a good thing for Moloney because it increases the chances that he’ll hold onto his WBA secondary 115-lb title for a little while longer.

As poorly as Moloney fought in his last fight, it’s not guaranteed that he’ll beat Franco. Moloney isn’t a puncher, and Franco will have the advantage in that area. We could see a changing of the guard in tonight with Frankco ripping the WBA title from Moloney.

Top Rank probably wouldn’t want to put Moloney in with one of these contenders for fear of him losing badly:

How good is Moloney?

Moloney struggled through his last fight against Elton Dharry in defeated the 34-year-old by an eighth-round technical decision last November. During his six-year career, Moloney hasn’t beaten anyone good enough to say that he’s a top-five guy. Additionally, the way Moloney struggled in some of his recent fights against lesser opposition, it’s difficult to view him as being a real champion.

Moloney’s life and death struggle against Dharry makes me question whether he’s good enough to get past Franco tonight.

The way that Moloney had problems with Guyana born Dharry, it suggests that he’s not a truly elite level at super flyweight. In other words, Moloney is a belt-holder, who probably wouldn’t be a world champion if he had to fight a top 115-pound fighter like Roman Gonzalez or Juan Franciso Estrada.

The 29-year-old Australian Moloney likes to fight on the inside, and throw body shots and uppercuts in his fights. Although Moloney isn’t a big puncher, he’s been able to wear down his opponent with his body punching to put together an excellent 21-0 record. However, the opposition that Moloney has been fighting to register his 21 wins have been mostly middle of the road guys. These are fighters without a lot of power and talent.

That’s why it’s hard to know whether Moloney is the real deal or not. All we know is Moloney has been good enough to beat the fringe contenders and the 2nd tier opposition that his management has put him in with since he turned professional in 2014.

The question is, can Moloney beat a talented 115-pound fighter like Juan Franciso Estrada, Roman Gonzalez, Srisaket Sor Rungvisai, or Jerwin Ancajas. It’ll be fun to find out one of these days if Moloney can hold onto his WBA’ regular’ super flyweight title long enough to fight one or two of those guys.

Moloney’s best wins have come against these fighters:

Other than Concepcion, those aren’t big names, and nowhere near the best at 115.

The unbeaten 29-year-old Moloney (21-0, 14 KOs) is a run below the full WBA Super World super flyweight champion Roman “Chocolatito’ Gonzalez, who has the upper belt with the World Boxing Association.

WBA has three champions at 115

This sanctioning body chooses to have more than one champion per weight class. In the case of the super-flyweight division, the WBA has three champions.  Besides Moloney and Chocolatito (49-2, 41 KOs), they also have a WBA Gold belt holder Mikhail Aloyan. Who’s the best of the WBA’s three champions at 115? That’s up for debate, but this writer sees Chocolatito s #1, the two-time Russian Olympian Aloyan #2, and Moloney #3.

Lucas Emanuel Fernandez Leone stopped Franco in the 9th round in March 2018. Franco came back from that loss to defeat Isao Gonzalo Carranza (15-7-1, 9 KOs) and Oscar Negrete (19-2-2, 7 KOs). On top of those wins, Franco has two draws against Negrete. Franco met someone at the same level as him in Negrete, and he hasn’t been able to prove that he’s better than him after three fights.

I’m going to go out on a limb and pick Moloney by a close 12 round decision over Franco. I see Molina landing a lot of body shots, and getting nailed in return by Franco. That’s going to make it a mess for the judges to pick a winner, but they’ll likely go with the A-side fighter Moloney here.

As the WBA champion, Moloney probably won’t hold onto his title for very much longer. Once his promoters finally put him with a solid contender like Israel Gonzalez or Cuadras, his brief reign as the WBA 115-lb champ will end. 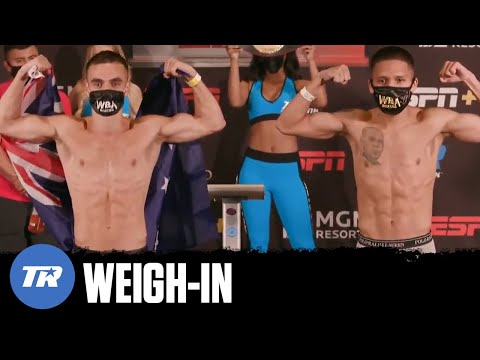 Tyson Fury back in the gym training for Deontay Wilder trilogy »