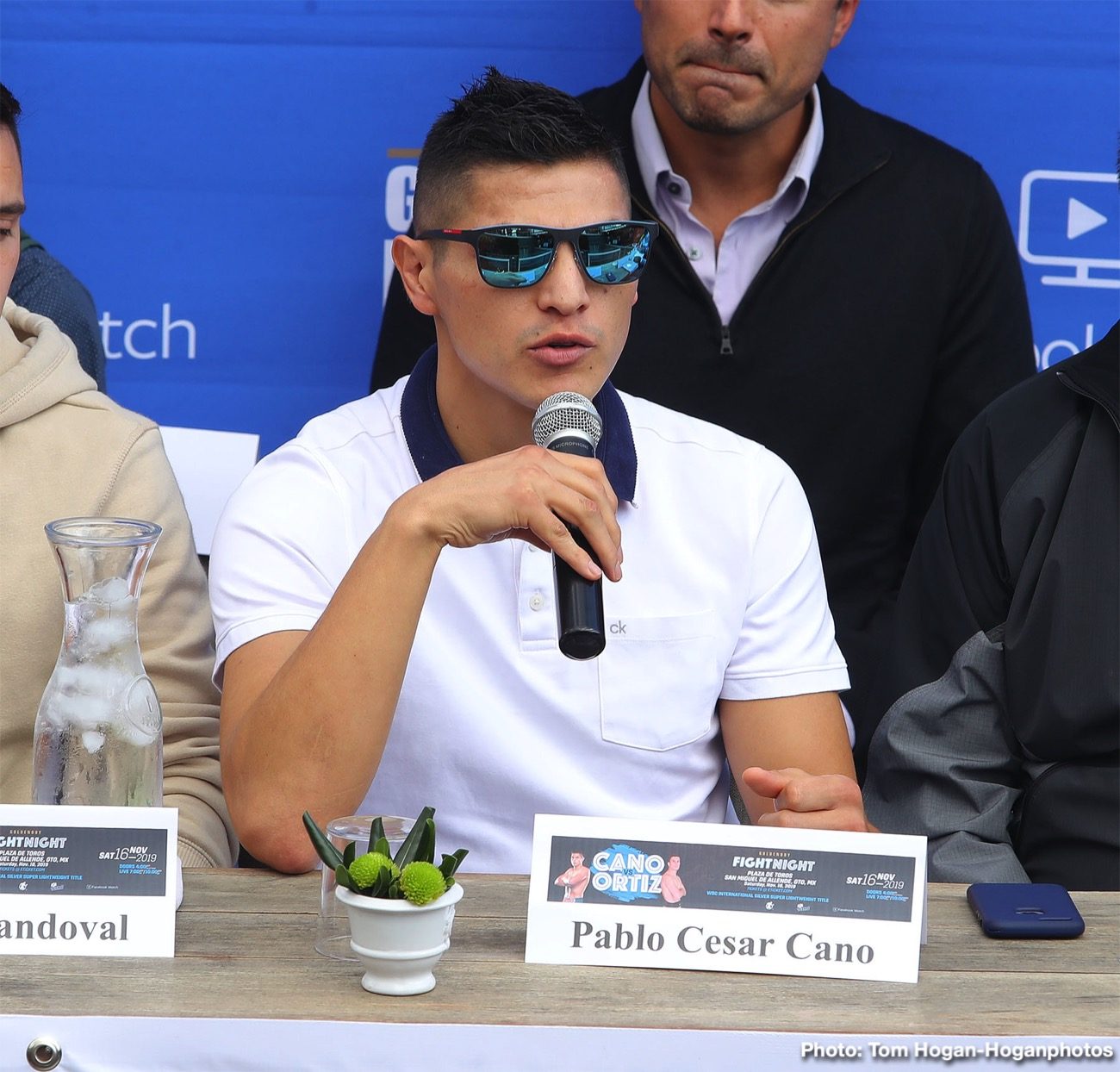 By Allan Fox: A fight between highly ranked 140-pound contenders Regis Prograis and Pablo Cesar Cano is being talked about for August 15 on DAZN. Prograis-Cano would be on Eddie Hearn’s Matchroom Boxing card, which could take place in Las Vegas, Nevada. Cano is one of the options for Prograis in case Matchroom isn’t able to get Maurice Hooker.

Prograis is fighting in the main event, and that makes it essential that he faces someone with talent like Cano. The seven defeats on Cano’s record is misleading, as most of those losses happened before he matured as a fighter.

Prograis vs. Cano may be a better fight than Prograis-Hooker because more it’s more competitive on paper, and it could bring in more fans. Hooker looked terrible in his recent loss to Jose Ramirez. Although Hooker has done more in his career in winning a world title at 140, Cano is fighting at a higher level now. 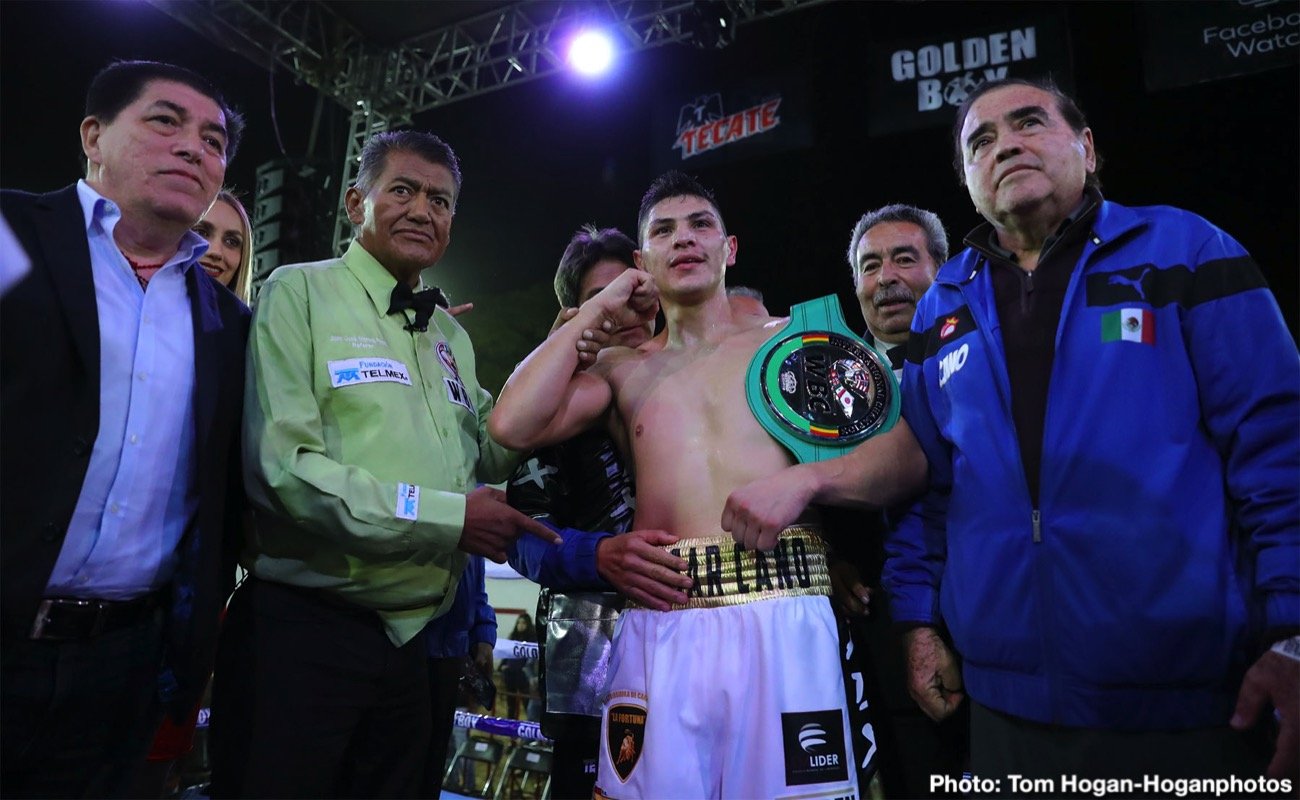 Some fans don’t like the idea of Prograis possibly facing Cano, but this is a guy that might be more talented than Maurice Hooker, who was recently knocked out by Jose Ramirez. Cano is fighting at a higher level than Hooker, and looking hard to beat with his three consecutive stoppage wins.

At this point in Cano’s career, he’s as good as almost anyone in the 140-pound division. He could potentially upset Prograis, and him back to square one with his career.

Mike Coppinger is reporting that the #4 WBC ranked Cano 33-7-1, 23 KOs) is being looked at for former WBA light-welterweight champion Prograis (24-1, 20 KOs) to fight next.

Prograis, 31, and former WBO 140-lb champion Maurice ‘Mo’ Hooker were previously expected to compete on the August 15 card, but the two couldn’t agree on the weight.

As of Monday, Hearn was still hoping that they would agree to a catchweight, but he’s not counting on it. Hooker wants to fight at 145, and Prograis is looking at it from the perspective of him already having already agreed to move up from 140 to 144.

To go up yet another pound is a bridge too far for Prograis, so he’s not going to do it. Hooker, 5’11,” doesn’t want to deplete himself by melting down to a catchweight that will leave him weakened.

Pablo has turned his career around

Cano has shown a lot of improvements in his game in his last three fights in defeating Ruslan Madiyev, Jorge Linares, and Roberto Ortiz inside the distance. He’s looking like a much different fighter than the guy that lost to Ruslan Madiyev, Fidel Maldonado Jr, Alan Sanchez, Fernando Angulo, and Shane Mosley. Cano matured a lot, and he’s starting to dominate his opponents with his massive hands.

When Cano first turned professional at age 16, big things were expected of him. He was seen as a fighter that would someday capture world titles and be one of the major players in boxing.

In 2011, Cano was thrown in with boxing great Erik Morales in a bid to win the vacant WBC 140-pound champion, and he was beaten by a 10th round stoppage. In hindsight, it was a poor idea to have the then 22-year-old Cano facing a former three-division world champion like Morales.

Cano didn’t have the needed experience to compete with the smaller but far more talented Morales, and he ended up losing badly. In another wrong career move, a year later, Cano was matched against Paulie Malignaggi in 2012, and he lost a 12 round split decision. That fight was close, but Cano still didn’t do enough to beat the more experienced Malignaggi.

Prograis has the advantage over Cano on paper, but you can’t rule out an upset in this fight. This is a hard fight for Prograis with him coming off of a loss, and he may not be mentally ready. If Prograis isn’t 100% for this match, Cano will beat him. 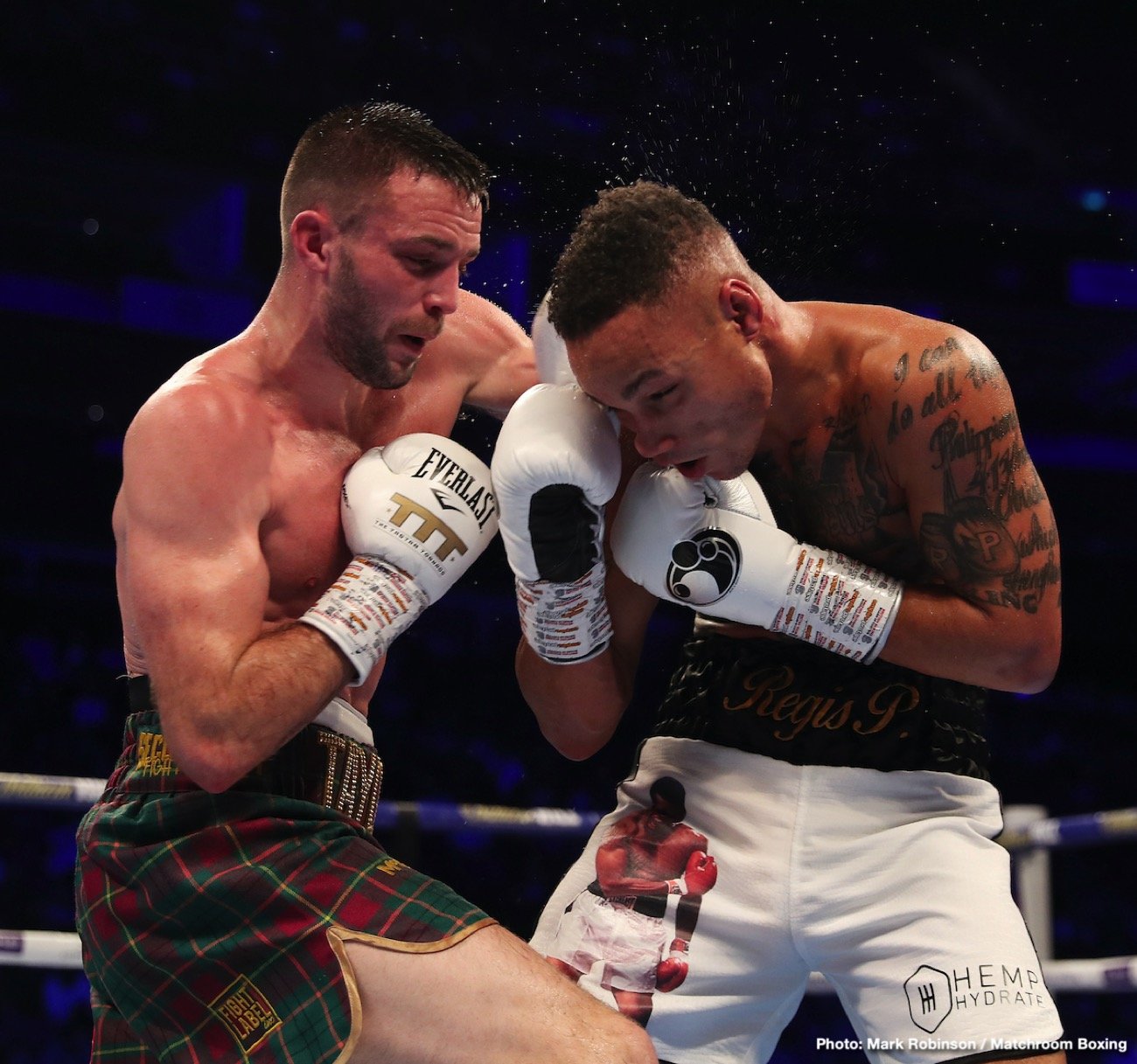 Prograis should stay on the outside

What’s essential for Prograis is for him to avoid trying to bang with Cano on the inside because he doesn’t have the skills or the power to match the Mexican fighter. That’s the mistake Prograis made in his loss to Josh Taylor. Prograis stayed on the inside, exchanging punches with Taylor in the first half of their fight, and he was taking significant shots.

It was apparent after the first two rounds that Taylor had the far superior inside game, and that Prograis needed to make some adjustments to take the match to the outside. It took Prograis until the seventh round for him to finally understand that he needed to be on the outside to have a chance of winning.

The adjustment for Prograis came too late in the fight for him to pull out a decision, even though he dominated Taylor from the seventh on. The fight arguably should have been a draw, but the match took place in England, and Taylor is from the UK. As such, it wasn’t surprising that he got the decision.

The important thing is for Prograis to learn from that loss and understand that he needs to be a lot faster with his adjustments. If Prograis’ trainer wasn’t telling him to move to the outside against Taylor after the first couple of rounds, then that he needs to consider getting a new coach that can give proper instructions.

The fans could see that Taylor was the much better fighter on the inside than Prograis, but for some reason, Regis waited too long to make the right adjustments to keep it on the outside.

Other options for Regis

The options that Hearn said he was interested in Prograis to fight were Cano, Shakhram Giyasov, and Lewis Ritson. The more robust choices would be Cano or Giyasov. Of those two, Giyasov (9-0, 7 KOs) would be the more difficult fight for Prograis, who is coming off of a loss to IBF light-welterweight champion Josh Taylor on October 26 in London, England.

36-year-old Chris Algieri (24-3, 9 KOs) was rumored to be an option for Prograis recently, but Hearn didn’t mention his name. The casual boxing fans might like the idea of Prograis facing Algieri, but a far better choice for Regis would be Cano or Giyasov.

Those guys are a lot younger, hit harder, and still in the prime of their careers. Algieri looked like a shell of his former self in his last two fights against Tommy Coyle and Daniel Gonzalez.

“Sources tell The Athletic a 140-pound bout between Regis Prograis and Pablo Cesar Cano is being discussed for August on DAZN. Prograis was slated to fight Maurice Hooker before the weight issue arose. Cano scored a first-round TKO of Jorge Linares last year,” said @MikeCoppinger.

Shakhram Giyasov and Ritson would also be excellent options for Prograis to fight on August 15. Both guys are highly skilled and can punch with a lot of power. The 2016 Olympian Giyasov is no joke. He’s someone that Prograis might need more time to prepare for than just two months. 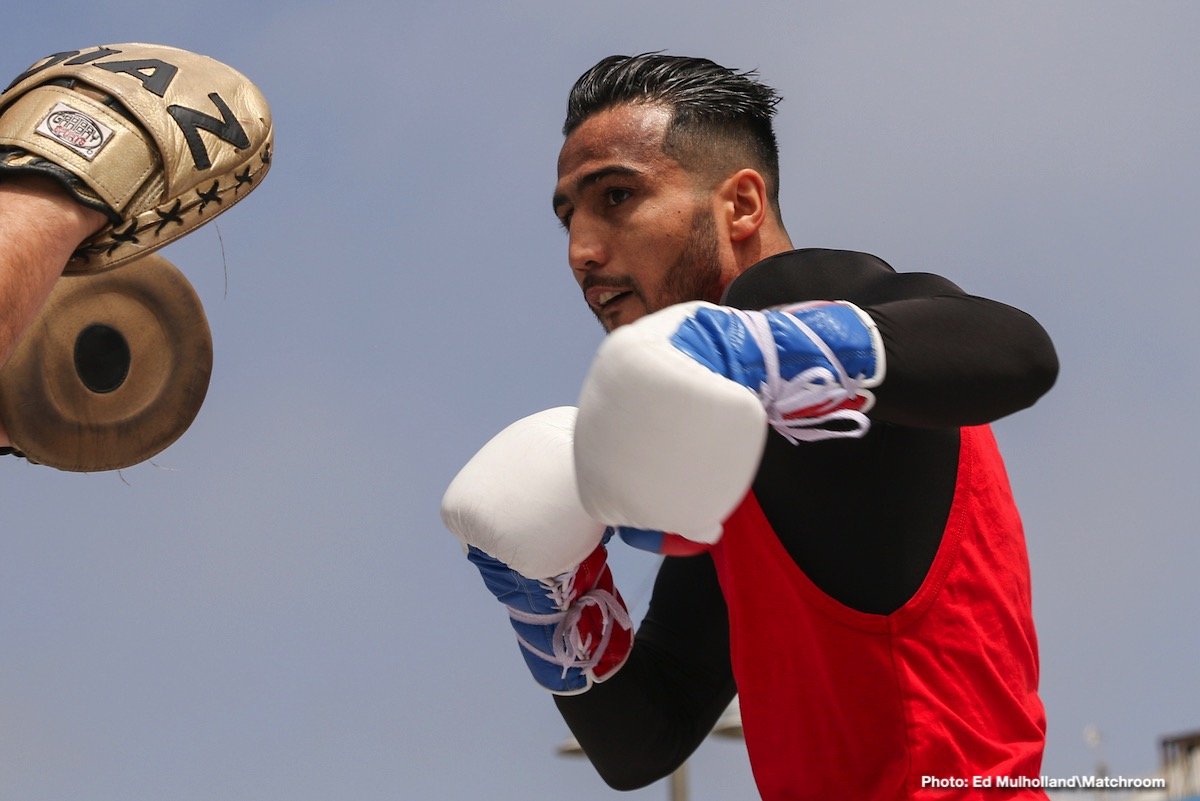 Giyasov would be a problem for Prograis

With the enormous upside that Giyasov has as a fighter, it’s doubtful that Hearn will make this fight with Prograis right now. You never know with Hearn. He’s a risk-taker, and he believes in putting on great matches.

Assuming Giyasov beats Prograis, his career is going to take off overnight, and he’ll be mentioned among the elite names at 140. And if Giyasov does a better job defeating Prograis than Josh Taylor did, he will make a statement.

If Hearn wants to turn Giyasov into a star in a hurry, then he should try and make the fight between him and Prograis for August 15. It doesn’t get any better than this for Giyasov to get moved to near the top of the division with just one win. 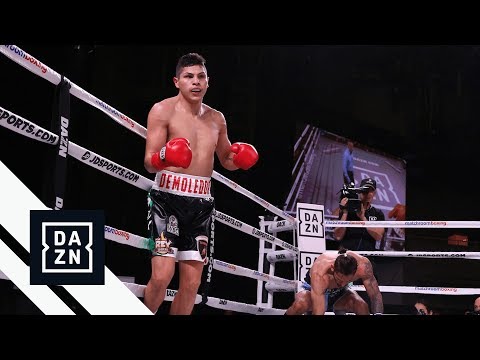