Mike Tyson vs. Shannon Briggs In The Works? 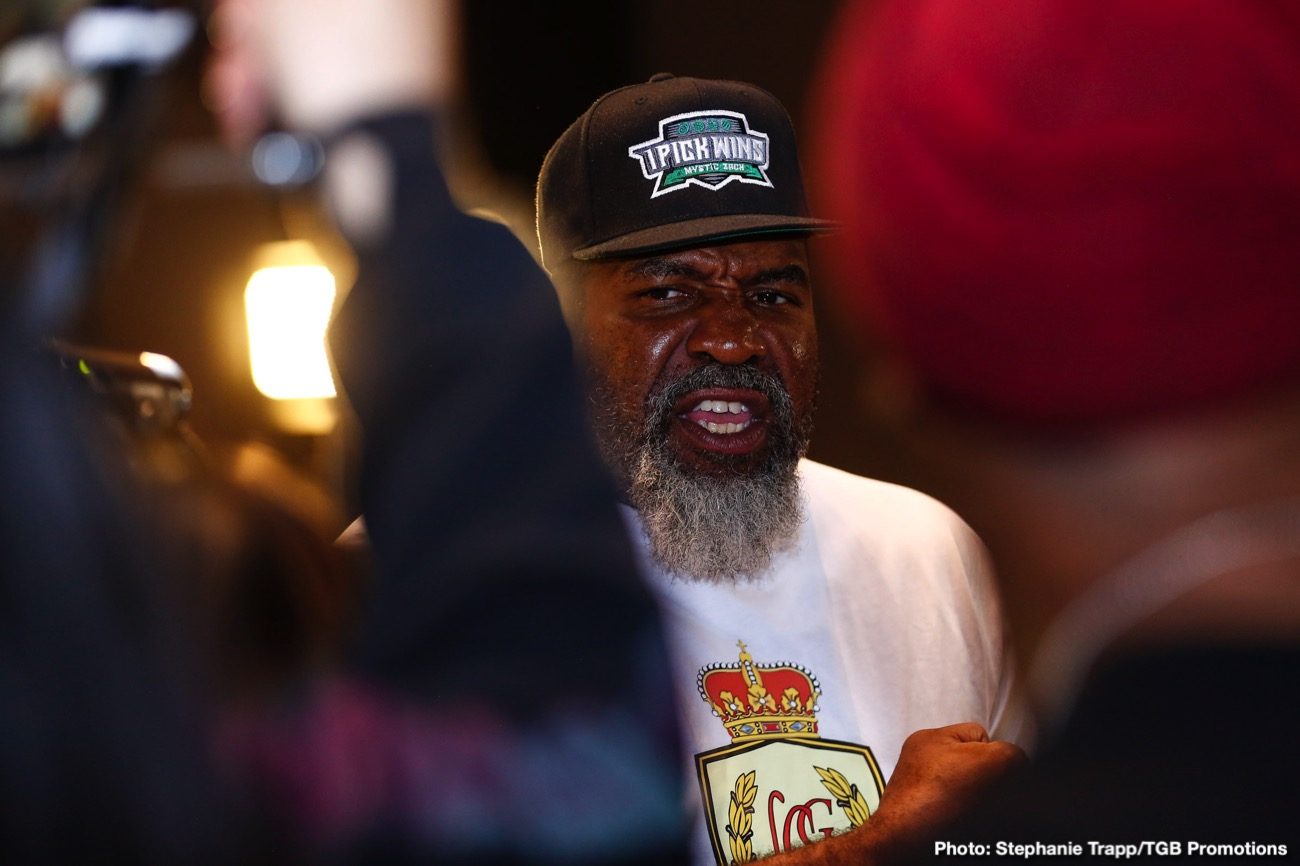 By Matt Lieberman: Former WBO heavyweight champion Shannon Briggs has revealed that an exhibition match between him and Mike Tyson is in the works.

The 48-year-old Briggs (60-6-1, 53 KOs) isn’t saying whether the fight with former IBF/WBA/WBC champion Tyson (50-6, 44 KOs) is a done deal, but he’s sounding confident that it’s going it’s happening. Briggs is saying that they’re going to have “a lot of fun” with the fight, which could mean that it’s not going to be a serious thing.

Fans want value for their money

That could be bad news for the boxing fans that pay to see Tyson fight Briggs or whoever because they’re going to want value for their money. If Tyson and Briggs are going to sell this on pay-per-view, it would be a disappointment for the paying fans if they’re taking it easy on one another.

Even though this is a charity match, Briggs told DAZN that he wants to make sure that Tyson makes so much money that he’ll “never have to work again.” If that’s the case, then that begs the question – do Tyson and Briggs get to keep part of their earnings from their charity exhibition match?

Briggs hasn’t fought in four years since beating Emilio Zarate by a first-round knockout in 2016. At the time, Briggs still looked plenty dangerous and powerful with the series of first-round knockouts he scored in his comeback. That version of Briggs will be a problem for Tyson if he’s lost a lot from his game.

Briggs calling the Tyson fight the “biggest in history”

“Its the biggest fight in history,” said Briggs to DAZN on him fighting Tyson in an exhibition match. “I’ll say this. The money is almost there. This is for charity, and this is an exhibition.

Briggs is going overboard here in saying that his potential fight with Tyson will be the biggest in history. It may interest a lot of boxing fans though, both hardcore and casual.

The fact that fans are so intrigued about Tyson’s comeback is a statement about the sport in general. With Floyd Mayweather gone, boxing is lacking in superstars that the fans can get excited about.

Canelo Alvarez ha a large following in the U.S, but he doesn’t speak English during interviews, and he’s been involved in many controversial decisions. What made Mike Tyson so famous is that he would knock out his opponents, and there was never any controversy.

“I got to be fully prepared if this happens. This is Mike Tyson, man. I love Mike. He might flip and devour me. They’re going to be, ‘He’s ready for Wilder.’ I love him and respect him. I can’t let Mike hurt me,” said Briggs.

If we go by how Tyson performed in his last two fights before retiring 15 years ago, he’ll be dangerous for two rounds. After the second round, Tyson will likely gas out and be at risk of being stopped. If Tyson is smoking in training camp, that’s not going to help him against Briggs or whoever he fights.

But with this likely being a three-round match, there’s less risk of Tyson getting knocked out due to exhaustion as we saw in his defeats against Danny Willians and Kevin McBride.

The only thing those two fighters did was soak up punishment in the first three rounds against Tyson. After the third round, Tyson gassed severely and was taken out by Williams and McBride.

“Nothing is set in stone. All I’m doing is playing my part,” said Briggs. “I’m Shannon Briggs. I hustle, I’m a go-getter, and I got the money. I want to do it for charity. Mike is the king, and I am the prince,” said Briggs.

If Mike Tyson does fight Briggs, hopefully, these guys make it a real fight, and not play-acting. Seeing a scripted professional wrestling type of match where it looks fake would anger a lot of the boxing fans, who might then get turned off towards the sport.

The organizers for these types of events must have the future of boxing in mind when they put this together. A lot of people felt they got a lousy deal in seeing Floyd Mayweather’s fight against Conor McGregor in 2017. Even though that wasn’t an exhibition, it seemed like one, and it wasn’t a great fight.

Fans paid $100 per household, thinking they would see an exciting match between Mayweather and McGregor, and what they got was a slow-motion affair with Mayweather looking like he was not putting any effort into the fight.

Tyson and Briggs will owe it to the paying fans to give them a great fight for as long as it lasts rather than choreographed ballet.

Shannon wants to make sure Tyson is set for life

“I need to make sure Mike Tyson makes so much money that he never has to work again,” said Briggs.

How can Briggs make sure that Tyson “makes so much money’ that he’s set for life if this fight is supposed to be for charity? Does this mean that only part of the earnings will go to charity?

According to Celebrity Net Worth, Briggs’ net worth is $10 million. Surprisingly, Briggs has that kind of money because he only briefly held the WBO heavyweight title in 2006 after he stopped Siarhei Liakhovich in the 12th round.