Ortiz Jr. maintains that Canelo (53-1-2 36 KOs) has nothing to prove by facing IBF middleweight champion Golovkin (40-1-1, 35 KOs) a third time because he’s gotten the better of him in their two previous fights.

Contrary to Ortiz’s opinion on Canelo with nothing to prove, he does have something to prove against Golovkin. Canelo has everything to prove. In their two fights, Golovkin fought Canelo to a standstill, showing that youth doesn’t always win.

The streaming giant DAZN wants to see Canelo face Golovkin a third time, as do the fans. There’s still unfinished business between Canelo and GGG after the two controversial decisions.

What’s interesting is that despite Canelo being much younger than Golovkin, he still couldn’t beat him conclusively. It may not seem important to Ortiz Jr. if Canelo ignores Golovkin, and marches off into the sunset without facing him again, but it does to DAZN.

If Canelo listens to Ortiz and chooses to never face GGG again, he’ll be losing out on millions. It wouldn’t be the smartest thing for Canelo to do, but he wasn’t wise for him to wait this long. He wasted time in taking on one of Golovkin’s former victims in Daniel Jacobs and Sergey Kovalev in 2019.

Likewise, there was no need for Canelo to face Rocky Fielding in 2018. No one cared about Canelo facing paper champion Fielding, and it did nothing for his legacy.

The problem that Ortiz Jr. has is the boxing world disagrees with him on his view of the two Canelo-Golovkin 2 fights. The fans think Golovkin was robbed of a win in the first fight with Canelo in 2017, which was scored a draw. After Canelo tested positive for a banned substance, 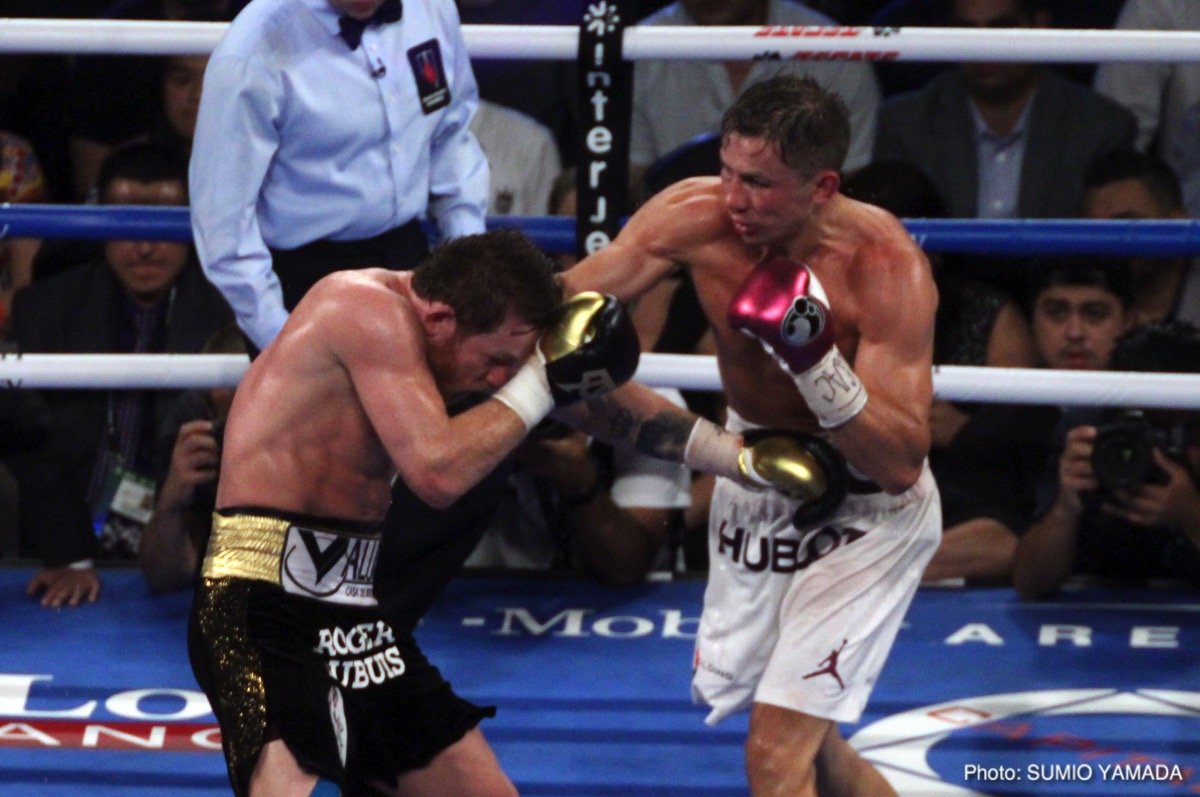 Golovkin had to wait a year before facing the Mexican star in 2018. Canelo won that fight by a close 12 round majority decision. However, the press row had it scored as a draw due to Canelo gassing out in the second half of the fight, and getting hurt twice by Golovkin.

Golovkin could get knocked out by Canelo

“Honestly, at this point, I know Canelo is going to beat him,” said Vergil Ortiz Jr. to Fino Boxing. “He can potentially stop him. GGG was a monster, but fighting lower guys.”

Golovkin beat Daniel Jacobs and did a better job doing it than Canelo, and he’s now a “lower” guy, is he? In Golovkin’s last fight, he defeated Sergiy Derevyanchenko, and he’s a good fighter.

Canelo has a lot of wins over notable guys, but in a lot of cases, he fought them when they were older. Moreover, all the fighters that Canelo has beaten in the past, Golovkin would beat as well. That’s something that Ortiz Jr. is overlooking.

Perhaps the best guy on Canelo’s resume is Miguel Cotto, but he was too small for Golovkin, and he was over-the-hill when Canelo fought him. Austin Trout and Antonio Margarito beat Cotto. Golovkin would have beaten those fighters.

Canelo has wins over guys that Golovkin would have beaten without any problems, and he has a lot of controversial wins. Mosley was 40 when he fought Canelo, and Cotto, in his mid-30s, Canelo didn’t beat either of those guys in their primes.

“He wasn’t able to look like a monster, and Canelo proved that he’s a better boxer,” said Ortiz Jr. “I think Canelo beat him twice. The draw, I was leaning towards Canelo a little bit, and in the second fight, I thought he beat him,” said Ortiz Jr.

The record shows that Canelo beat Golovkin once, and that’s what counts. If Canelo is looking for a reason not to fight Golovkin again, he can always fall behind Ortiz Jr. in lockstep fashion and parrot what he’s saying. By doing that, Canelo will lose money and be viewed as afraid of Golovkin.

Canelo is running out of opponents.

What Ortiz is also missing out on is the fact that Canelo is already running out of opponents that appeal to the boxing public. If Canelo chooses to dismiss the third fight with Golovkin, he would be shooting himself in the foot.

When you remove Golovkin from the equation, this is all that’s left for Canelo:

Canelo likely won’t ever agree to fight Beterbiev, Bivol, and Gvozdyk because they probably beat him. Benavidez and Plant are also fighters that would give Canelo massive problems, so they probably won’t get a fight against him either.

After you take out all those dangerous guys, it leaves six fighters available for Canelo to fight. Charlo and Andrade are fighters that Canelo has never shown interest in fighting, which means he probably will never fight them either. As such, that leaves only four guys for Canelo to fight:

None of those are interesting fights for American boxing fans. The British fans might like the idea of Canelo fighting Saunders and Smith, but not the Americans. They want to see Canelo fight Beterbiev, Benavidez, Andrade, Charlo, Plant, Bivol, and Gvoozdyk. In other words, the guys that would likely beat Canelo. 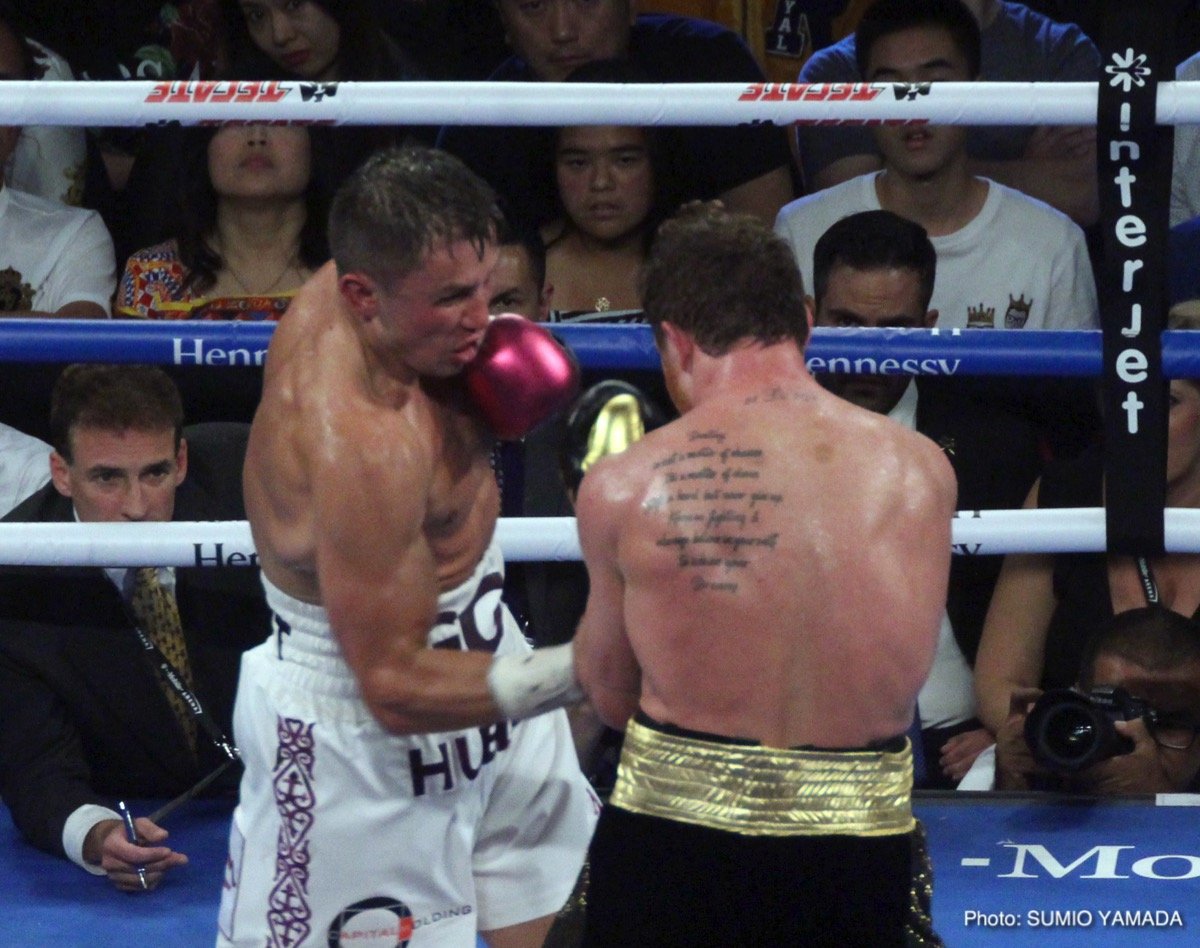 “I don’t see the point in the third fight, but it’s Canelo’s point at this point for me,” said Ortiz Jr.

“If he feels like GGG deserves another shot or doesn’t deserve another shot, if he wants to beat him again, then go for it. But I don’t think he needs that fight.”

If Canelo doesn’t fight Golovkin again, his legacy will be tainted in the eyes of a lot of fans because he never proved that he was the better fighter. The fans think Golovkin won the first fight, and they think the second match was a draw. With that being the case, Canelo has every reason in the world to fight Golovkin a third time.

What makes some boxing fans believe that Canelo will beat KO Golovkin in the third fight is the problems he had against Sergiy Derevyanchenko last October. Derevyanchenko gave Golovkin the fight of his life with the pressure and the body punching. However, Derevyanchenko is a far superior body puncher than Canelo and a much better engine.

Canelo can’t fight at that kind of pace, as we saw in his fights with GGG, Daniel Jacobs, and Kovalev. When Canelo throws two or three punches, he needs rest breaks to catch his breath.

Derevyanchenko came forward all night against GGG without needing rest breaks like Canelo, and he gave him trouble. What stopped Derevyanchenko from winning was Golovkin’s power. He was able to turn Derevyanchenko’s face into a mess and hurt him with hard shots.

Canelo can listen to Ortiz and walk away from his rival with Golovkin without fighting him again, but that would be an incredibly stupid thing for him to do. DAZN will pay Canelo more money to fight Golovkin than they will for his lesser matches against Billy Joe Saunders. 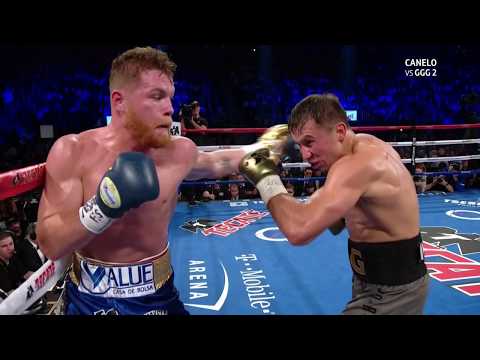 
« Mike Tyson vs. Shannon Briggs In The Works?