Joshua vs. Pulev possible for smaller venue in UK 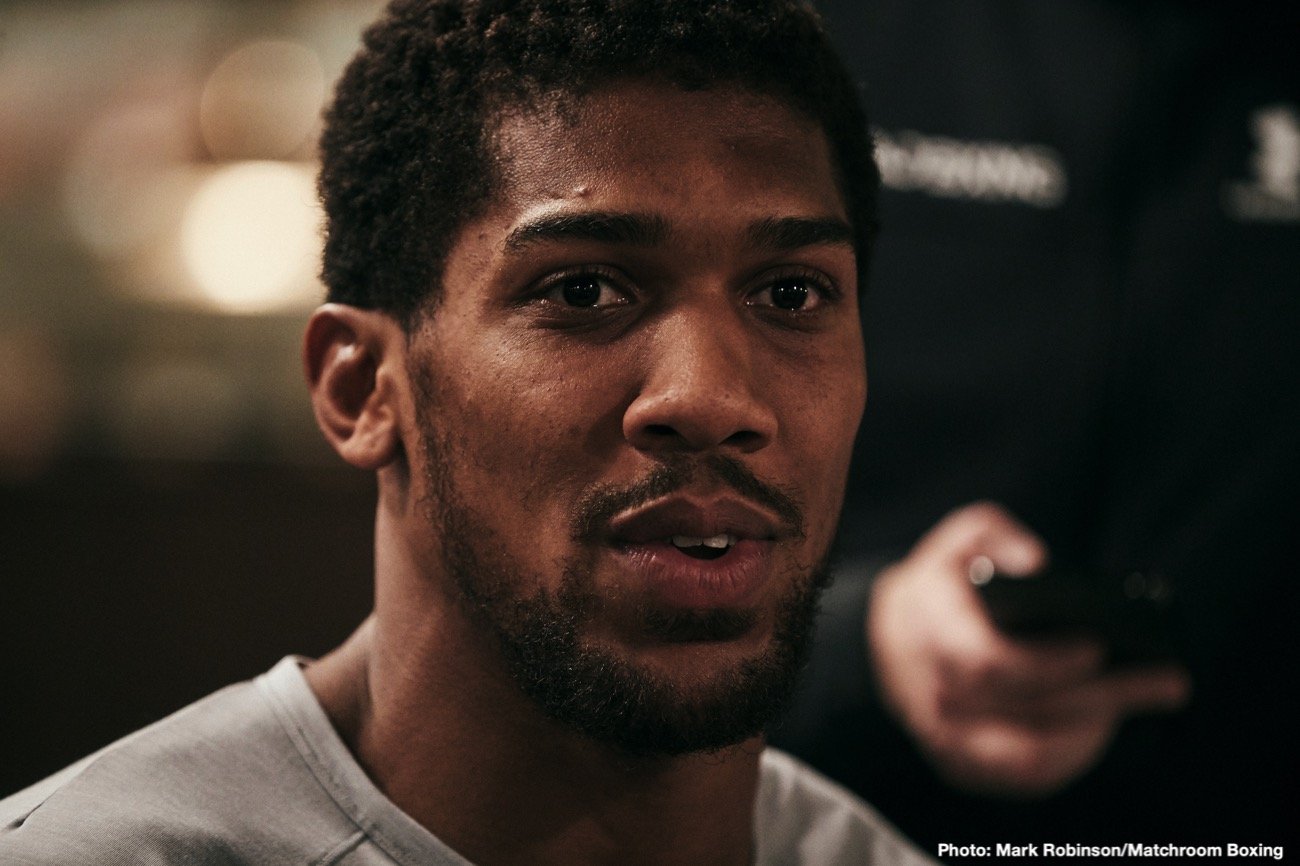 By Charles Brun: Anthony Joshua and Kubrat Pulev could be fighting in a smaller venue in the UK in September or October, according to promoter Eddie Hearn. He’d previously thought about staging the fight in London at the Tottenham Hotspur Stadium, but the pandemic has changed that idea.

Although he’s had some interest from Croatia and the Middle East in staging the Joshua-Pulev fight in those countries in front of a live audience, Hearn still prefers to have the contest take place back at home in the UK. However, the size of the crowd could be limited.

It helps businesses in the UK if Hearn scheduled the Joshua vs. Pulev fight there, as boxing fans will presumably spend their money – if they have any – in the local area. At the same time, Hearn will keep Joshua’s loyal fans happy by having him fight at home.

Joshua (23-1, 21 KOs) hasn’t fought in the UK in two years since his title defense against Alexander Povetkin in 2018 at Wembley Stadium in London. AJ’s last two contests have taken place in New York and Saudi Arabia against Andy Ruiz Jr.

It’s one of the sacrifices that Joshua needs to make for him to become a worldwide star. You can’t become a star worldwide if you spend your entire career fighting at home in the UK, can you? 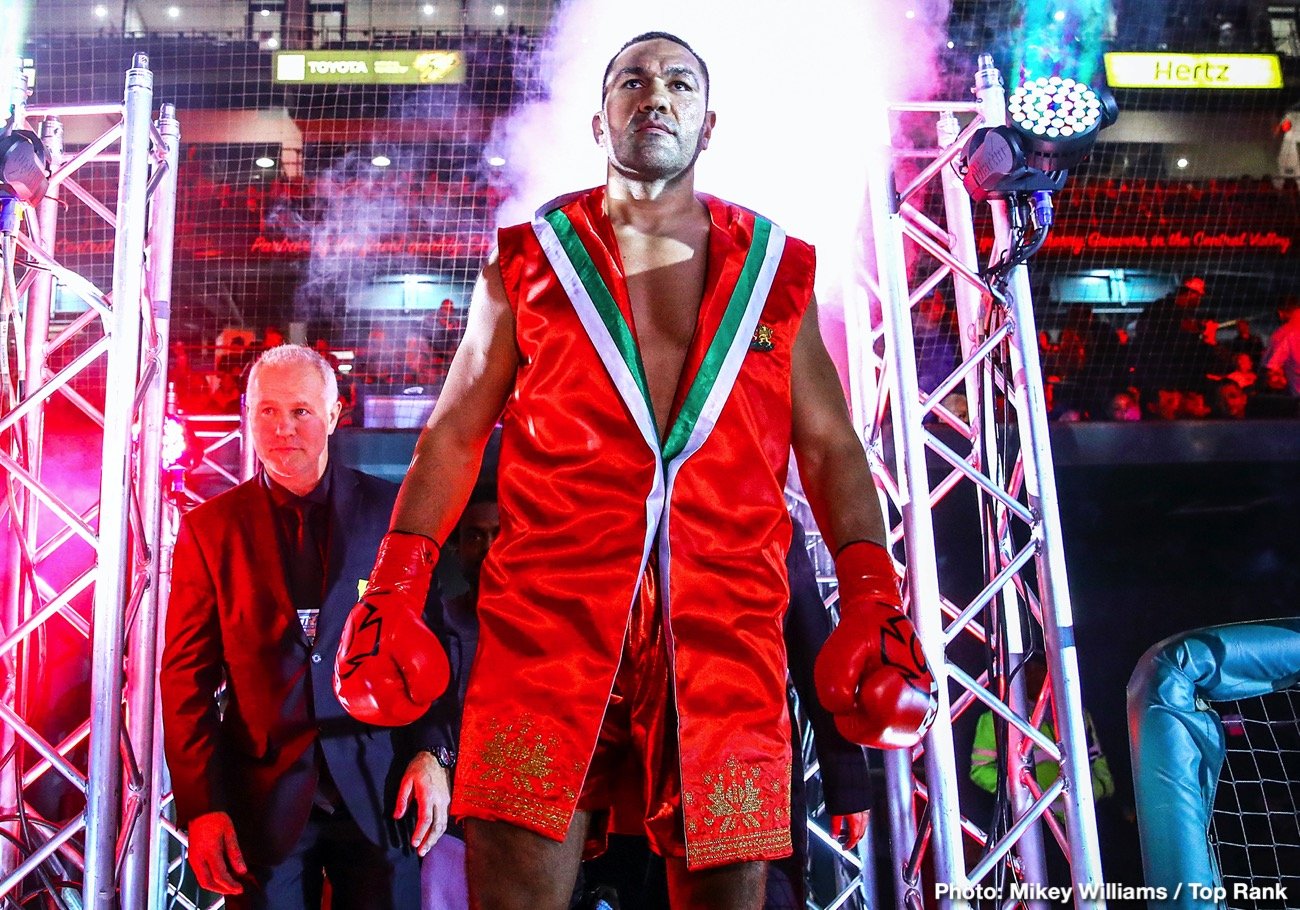 The UK is priority #1 for Joshua

“We’re working on the assumption that AJ vs Pulev will not be able to take place in a venue the size of the Tottenham Hotspur Stadium,” Hearn told Sky Sports.“Our absolute priority is to stage the fight in the UK.

“It would be great for sports coming back, and businesses coming back, to have a world heavyweight title fight taking place on these shores.

“We’ve had interest from the Middle East, the Far East, yet to receive anything official from Croatia but they have shown interest too,” said Hearn.

If crowds STILL aren’t allowed to assemble by October or November in the United Kingdom, then it’s likely that Hearn will move the Joshua vs. Pulev fight to another country. In other words, Hearn isn’t going to give up the gate money, which could be over $10 million.

The 39-year-old Pulev (28-1, 14 KOs) isn’t a big name, but the UK boxing fans haven’t seen AJ fighting at home in two years. The fans will turn out to see Joshua fight regardless of the fight being viewed as a poor mismatch.

Hearn isn’t saying which venue he’ll be looking to place the Joshua-Pulev fight in the UK. You have to believe that whatever Hearn is saying right now, it may turn out that way.

If the UK government says they’ll allow large crowds to watch live sporting events by October or November, you can bet that Hearn will stick IBF/WBA/WBO heavyweight champion Joshua’s fight against the 39-year-old Bulgarian Pulev in a large 60,000-seat stadium in London.

With the loss of revenue for Matchroom Boxing for the postponed cards for earlier this year, Hearn will probably want to make that up by making sure the Joshua-Pulev fight takes place in front of the largest crowd possible if permitted.

“But we’d like to do it [in the UK]. We are starting to look at venues that are smaller,” said Hearn.

“There is the possibility of us staging the AJ fight in the UK. I don’t think it will be behind closed doors. If we can get some kind of number together [for a potential crowd], we can create an exclusive event to keep this fight in the UK.”

Hearn hasn’t said whether the interest that he’s had in this fight from Croatia and the Middle East amounted to big-money offers. The fact that he’s still looking to stage Joshua’s defense against Pulev in the UK suggests that the money that’s being offered is substantial. Of course, why would it? This isn’t Joshua vs. Tyson Fury.

Pulev is an old guy who has been padding his record against mostly weaker opposition for the last six years since losing to former IBF/WBA/WBO heavyweight champion Wladimir Klitschko in 2014.

Hearn would like to place Joshua’s fight in the UK, but if he’s offered big money to stage it in the Middle East, then you’d have to imagine that loyalty will go out the window. It’s al about that green stuff, and right now, it’s crucial that Hearn brings in the most money possible for Joshua.

We just don’t know how long this pandemic will last, and it could stay around for many years. Look at all the viruses that we still have no cure for despite years of research in coming up with a vaccine. 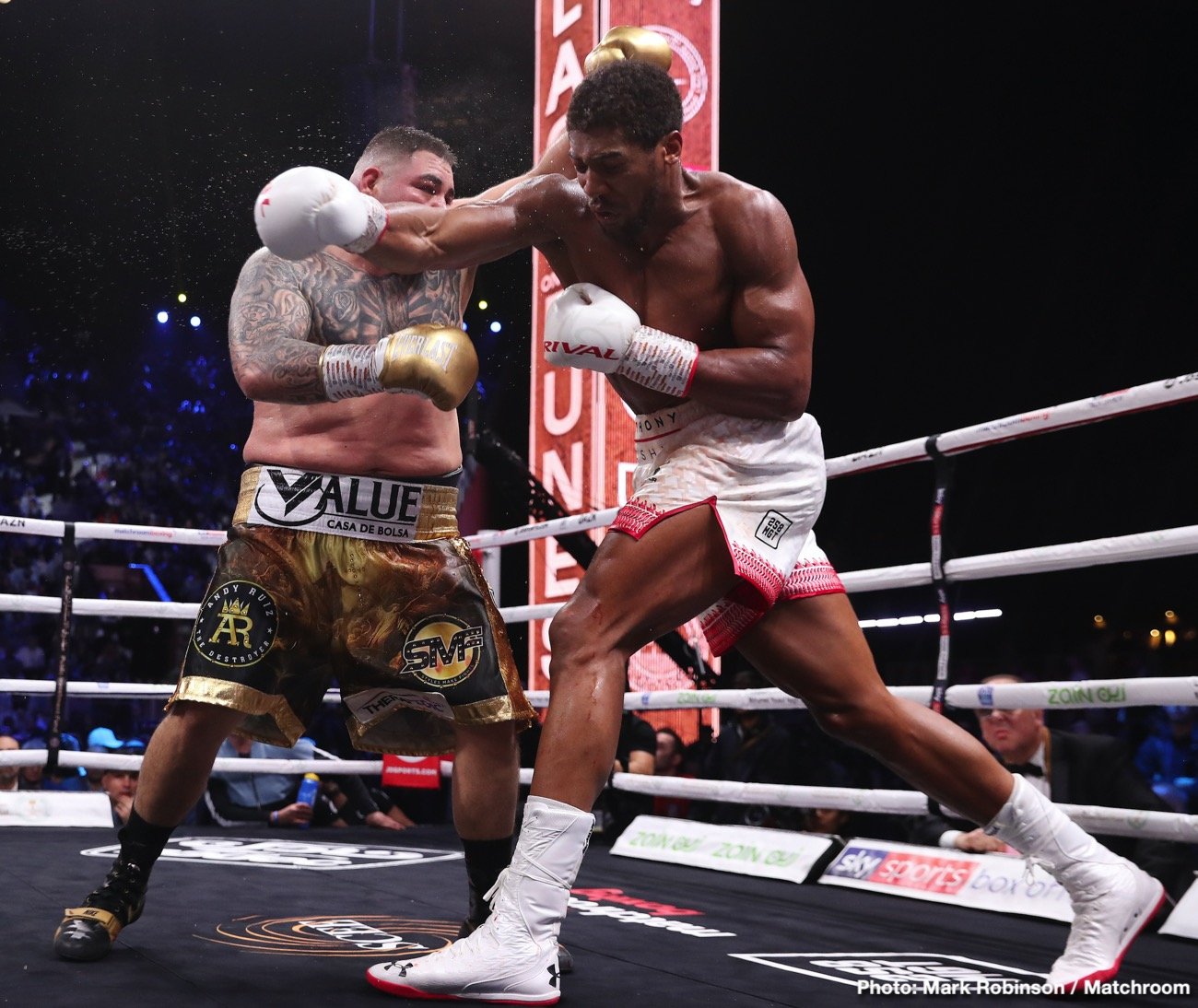 AJ vs. Pulev possible for October or November

“Given the current uncertainty, I would expect to see him in the ring again end of September at the earliest, but more likely October or November as the restrictions hopefully start to ease,” said Hearn.

What’s bad is all the time that has gone into this one fight for Joshua against Pulev, because it’s not a match that fans are interested in. You can blame that on the International Boxing Federation.

If they did a better job of ranking the more talented contenders near the stop instead of old-timers or younger lesser fighters, you wouldn’t see guys like Pulev challenging for a world title.

For Pulev to become the IBF mandatory, he only needed to beat Hughie Fury, who is a guy with limited talent. Had Pulev needed to fight someone like Filip Hrgovic, Daniel Dubois, or Joe Joyce, he likely would have been weeded out.

It’s too bad that Joshua will only fight once in 2020, but given the situation, he’ll be lucky to fight at all this year.

The world has been turned upside down with the pandemic, making it difficult for promoters like Hearn to stage fights. The small-time promoters have nothing planned, so this is Matchroom’s chance to jump ahead of the competition.

Matchroom plans on staging fights behind closed doors in July in Hearn’s old home, which is now the headquarters for the company. Those are events that would otherwise make good money from the gate, but it’s not possible right now.