Evander Holyfield hinting at comeback at 57 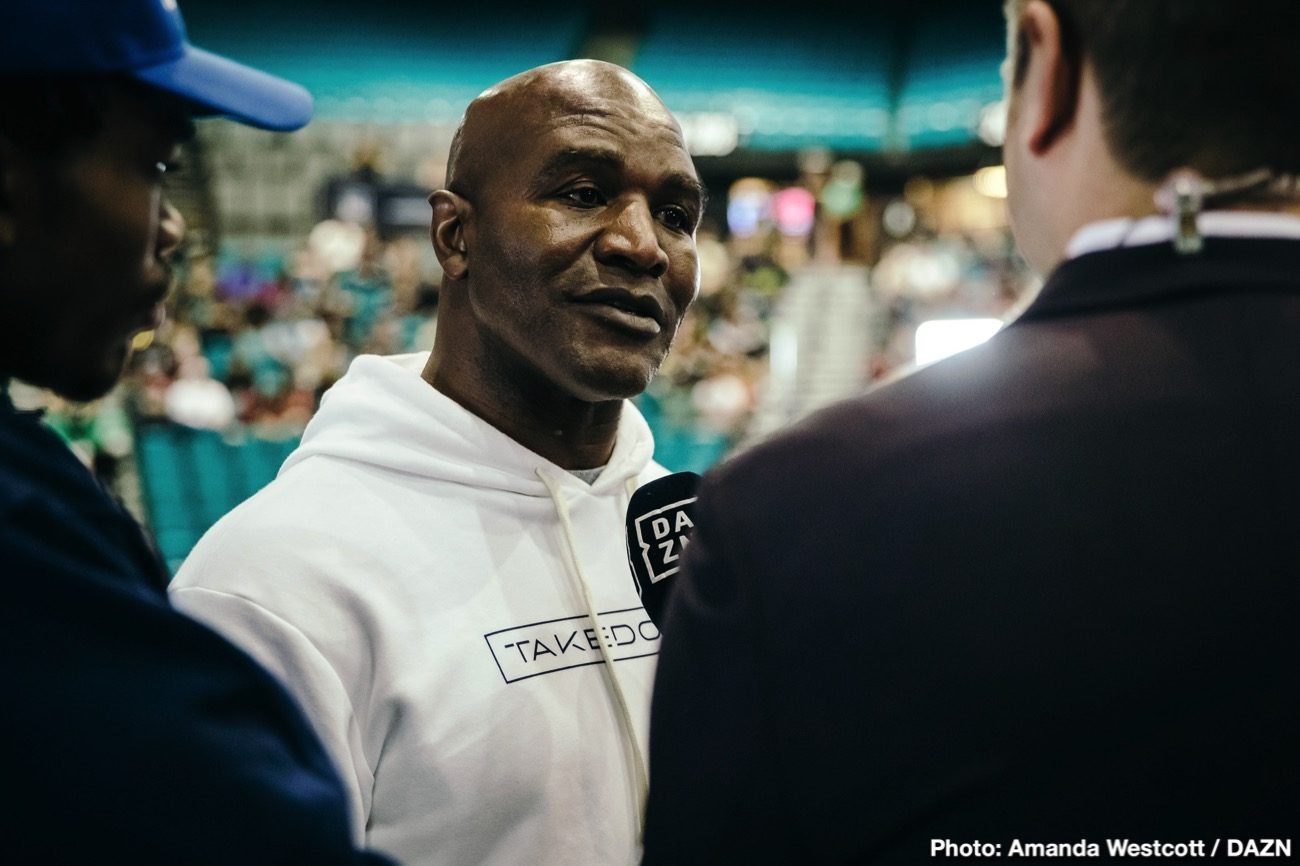 By Jim Maltzman: Former two-division world champion Evander ‘Real Deal’ Holyfield (44-10-2, 29 KOs) is hinting at coming out of retirement at the age of 57. On social media, Holyfield hinted on Saturday of a comeback by him. Holyfield said the words “Come back” on his Twitter account over the weekend.

Last year, Holyfield had talked about wanting to come out of retirement to fight in some exhibition bouts. Holyfield has a net worth of $500,000, according to Celebrity Net Worth. It makes sense for Holyfield to resume his career while he can if he can increase his earnings.

Unlike other famous boxers like Oscar De La Hoya and Lennox Lewis, Holyfield and Mike Tyson didn’t retire with massive fortunes. Returning to the ring would enable Holyfield to make good money and cash on his fame. At 57, Holyfield looks like a person in his early 40s. He’s kept himself in shape, and it wouldn’t be too hard for him to get back in condition for some exhibition matches.

Holyfield hasn’t fought in nine years since beating Brian Nielsen in May 2011. He retired in 2014 and hasn’t seen the ring since. Holyfield was hoping to get one last world title shot, but it never came.

In the last ten years of Holyfield’s career, he struggled in losing to these fighters:

Holyfield would have likely beaten all of those fighters if he’d faced them during his prime, but you never know. His best weight class was cruiserweight, not heavyweight, and he was always small for the division. Holyfield twice lost to Riddick Bowe, a large heavyweight, and Michael Moorer also beat him.

A setback only paves the way for a comeback 🥊 pic.twitter.com/rBbWyVTL5z

Tyson has a lot of weight and looking blazing fast and powerful. The speed and power that Tyson showed recently on social are that of a fighter in his 20s, not in his 50s. It’s incredible that Tyson, after all these years, is still faster than and seemingly more powerful than the top heavyweights in this era.

Holyfield twice beat Tyson during his career in consecutive wins in 1996 and 1997. Tyson appeared to mentally break when he was unable to blast Holyfield out as he’d been doing with his opponents.

A lot of boxing fans would like to see Tyson fight Holyfield a third time, but it’s unknown whether ‘Iron Mike’ would be interested in that kind of a contest.

Holyfield was disqualified in the 1984 Olympics in his fight against Kevin Barry of New Zealand. Evander was on his way to easily beat Barry when the referee disqualified him for hitting on the break.  Holyfield likely would have a gold medal in the Olympics, but instead, he had to settle for a bronze medal.

In watching that fight, it’s hard to understand what the referee thought when he disqualified Holyfield. Barry was doing a lot of holding, and he arguably should have been disqualified long before the incident where Holyfield hit on the break.