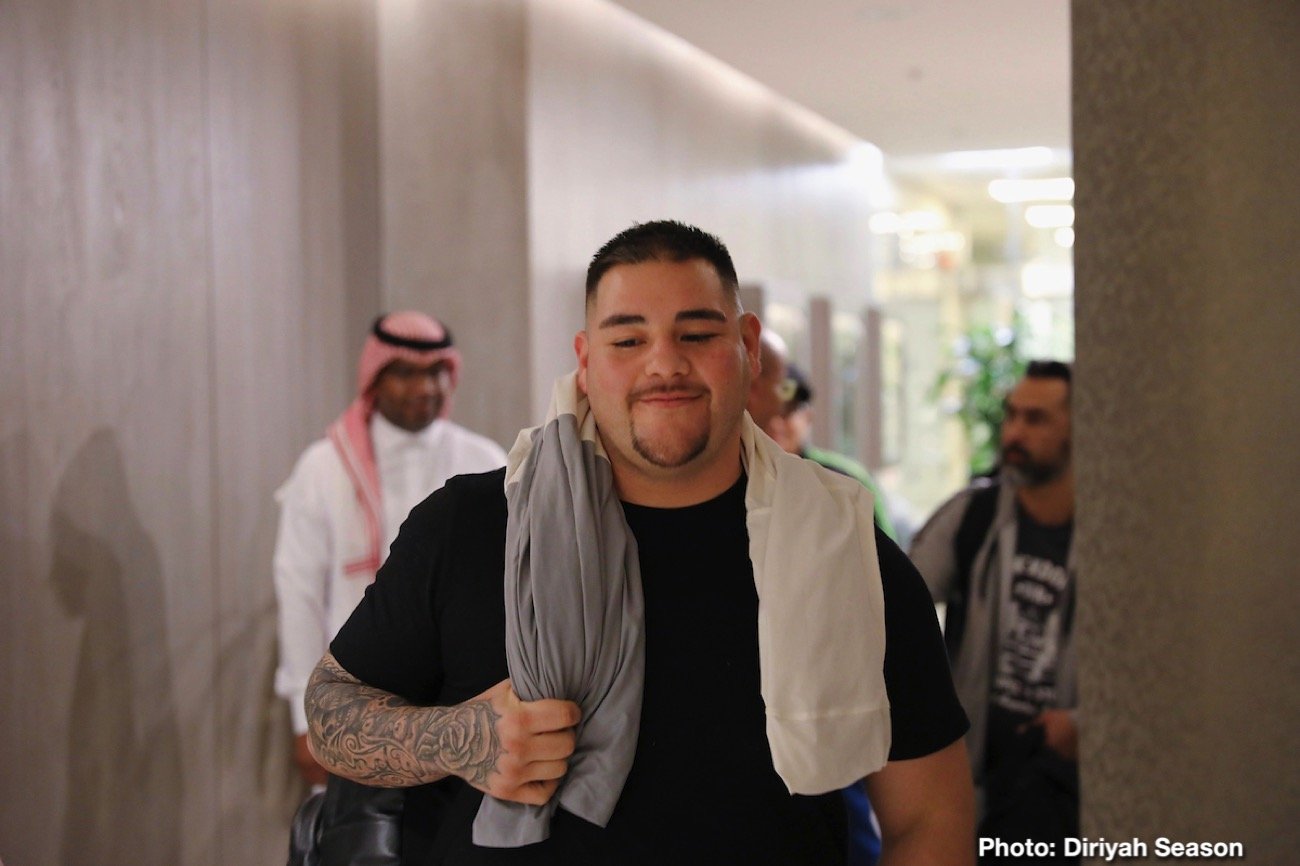 By Sean Jones: Eddy Reynoso is now officially the new trainer for former IBF/WBA/WBO heavyweight champion Andy Ruiz Jr. Reynoso broke the news on Tuesday on his Twitter account. If Ruiz Jr. starts skipping out on training sessions as he did with his previous trainer, it doesn’t matter how good Reynoso is as a coach. It’ll be a waste of time for both of them.

Since turning pro in 2009, Ruiz has been trained by Abel Sanchez and Manny Robles. It’s unclear why Ruiz still isn’t with Abel since he would be the ideal trainer for his fighting style.

With all the energy that Reynoso puts in with his main fighter Canelo Alvarez, he may not have enough time on a project like Ruiz. We’re talking about a fighter that is needy right now, and Reynoso may have 24 hours of each day to babysit Ruiz. The priority for Reynoso is to get on top of Ruiz’s eating. He can’t be ballooning up in weight to the 280s if he’s going to be successful under his watch.

It would be smart for Reynoso to have some kind of rules that Ruiz Jr. needs to abide by for him to be able to train with him. If Ruiz starts canceling workout sessions repeatedly, then this isn’t going to work for either of them.

Hopefully, Ruiz Jr. doesn’t continue to search fruitlessly for a trainer that can help motivate him to work hard and improve. If these things aren’t in there, to begin with for Ruiz, it doesn’t matter who trains him. They can’t force Ruiz to control his diet and put in the effort during training camp.

The only way that Ruiz Jr. is going to have a shot at beating the tall heavyweights like Anthony Joshua, Tyson Fury, and Deontay Wilder is if he pressures them nonstop. Sanchez would be the ideal guy for Ruiz. Just why Ruiz didn’t stay with Sanchez is the central question. 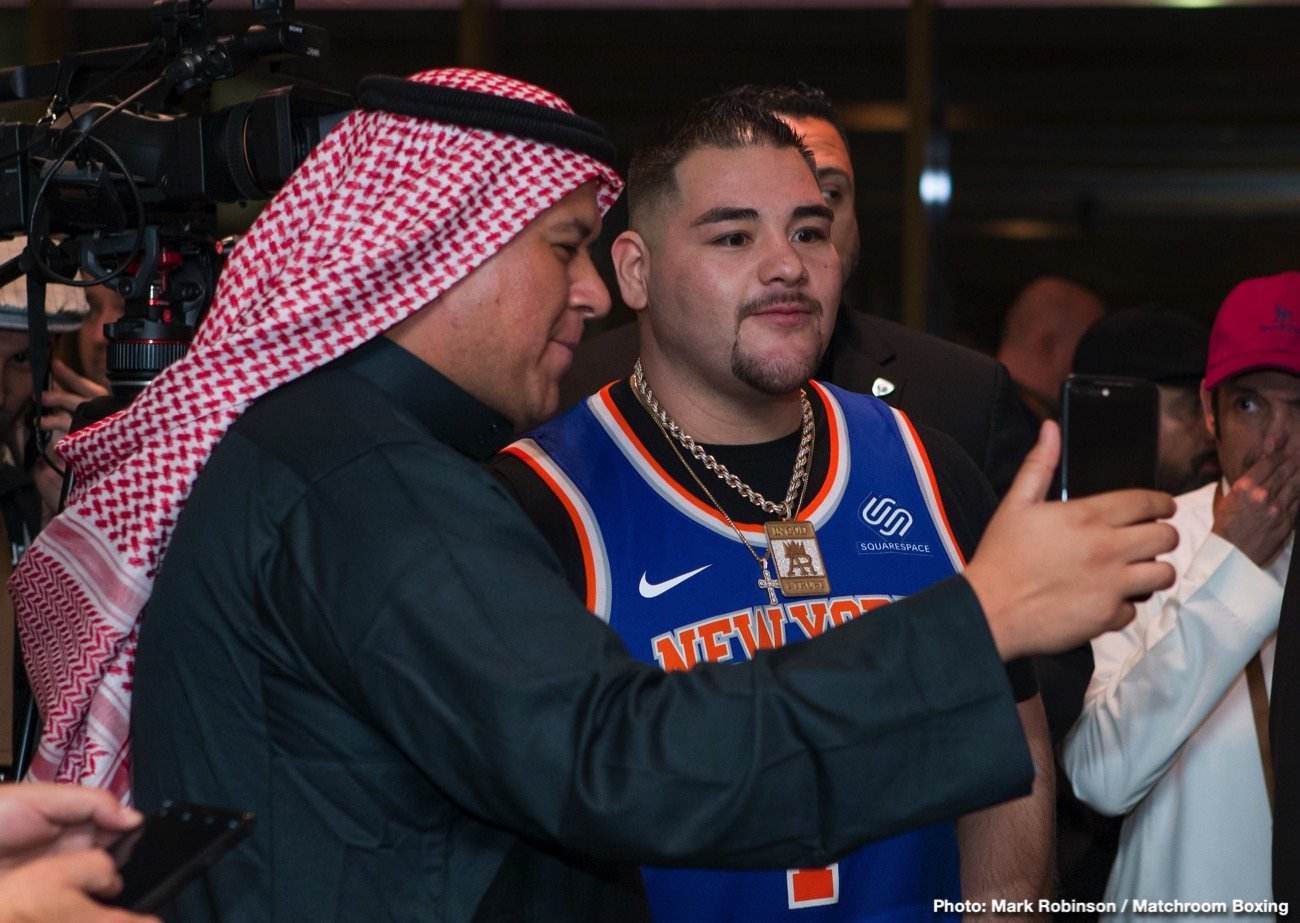 Ruiz will begin working with Reynoso in the next few weeks. Andy still doesn’t have an opponent, but he was offered $4 million to fight Dillian Whyte, which he didn’t accept.

It’s still too early to know if the partnership between Ruiz Jr. and Reynoso will be a lasting one. Officially, Reynoso will be training Ruiz for his next fight. Depending on how that fight turns out, Reynoso could stay or move on. Reynoso has a lot of work to do for him to turn Ruiz’s career around to make him a world champion again.

Ruiz wasn’t only beaten by Anthony Joshua last December; he was exposed as well. Joshua, who isn’t exactly light on his feet, used movement to neutralize Ruiz’s offense to beat him by a one-sided decision.

Reynoso isn’t going to be able to change Ruiz’s slow feet. The best that Reynoso can hope to do is to make sure Ruiz is as light as possible and ready to throw combinations when he can catch up with his opponents.

Earlier on Tuesday, Ruiz let boxing fans know that Ruiz Jr. (33-2, 22 KOs) will be training with him alongside the likes of Canelo Alvarez, Luis Nery, Ryan Garcia, Julio Cesar Martinez, and Oscar Valdez.

Just how long Ruiz, 31, will remain with Reynoso is up in the air. There are already a lot of fans predicting that Reynoso will be replaced as soon a Ruiz Jr. suffers his next loss. After all, Ruiz dumped his previous trainer Manny Robles after his loss to Anthony Joshua last December.

Reynoso spoke recently of wanting Ruiz Jr. to show some discipline to work hard, and that’s something that he’s hoping to get by making a move. Ruiz will be rubbing shoulders with a lot of hard workers at Reynoso’s gym.

Ruiz fails to put forth the similar effort that Canelo, Ryan, Valdez, Nery, and Martinez are showing, he’s going to stand out like a sore thumb. It would be embarrassing if Ruiz Jr. is slacking off while Reynoso’s other fighters are busting their humps in preparing for their fights.

Ruiz will resemble an odd bird if he chooses to slack off at Reynoso’s gym the way many boxing fans believe he did when his previous trainer Reynoso.  With the representation that is following Ruiz, Reynoso has to be a little ambivalent about taking on the job as his new trainer.

While its potentially a good thing for Reynoso to be training a famous fighter like Ruiz, who pulled off a fantastic upset of previously unbeaten Anthony Joshua last June, he’s coming off of a bad loss.

The poor condition that Ruiz Jr. came into the rematch with Joshua has the entire boxing world questioning whether he still has the heart for the sport after making a small fortune in his two fights with AJ.

Ruiz was on top of the world last June after stopping IBF/WBA/WBO heavyweight champion Joshua in the 7th round at Madison Square Garden in New York.

Andy was brought in as a replacement opponent after Joshua’s previously scheduled challenger Jarrell ‘Big Baby’ Miller tested positive for banned substances. Joshua appeared to overlook Ruiz, and he paid for it in getting dropped four times in the fight before he quit on his feet in round seven.

Reynoso is inherited a lot of already talented fighters in Luis Nery, Oscar Valdez, Ryan Garcia, and Ruiz Jr. If none of these guys pan under his watchful eye, it’s going to make boxing fans, and fighters realize that Reynoso isn’t a miracle worker.

Canelo is a fighter that would likely have thrived with any trainer. Reynoso can’t be given full credit for Canelo’s success because his other fighters haven’t achieved the same success.


« Evander Holyfield hinting at comeback at 57

Arum says Fury vs. Wilder 3 possible for outside U.S in October or November »