As far as Chisora is concerned, the 44-year-old Wladimir won’t be able to help Usyk once they’re inside that ring. That’s where Chisora plans on putting a hurting on the former unified cruiserweight champion.

What Chisora, 36, doesn’t understand is WHY Wladimir retired after his 11th round knockout loss to Anthony Joshua in April 2017.

Chisora has the style to give Usyk nightmares and make him look bad. As we saw in Usyk’s highly controversial win over Artur Beterbiev in the 2012 Olympics, he struggles against fighters that pressure him nonstop and throw hard punches.

Beterbiev had Usyk hurt and got the better of him in every round. If Chisora fights like that, he beats Usyk or, at the very least, makes him look bad by forcing him to run. 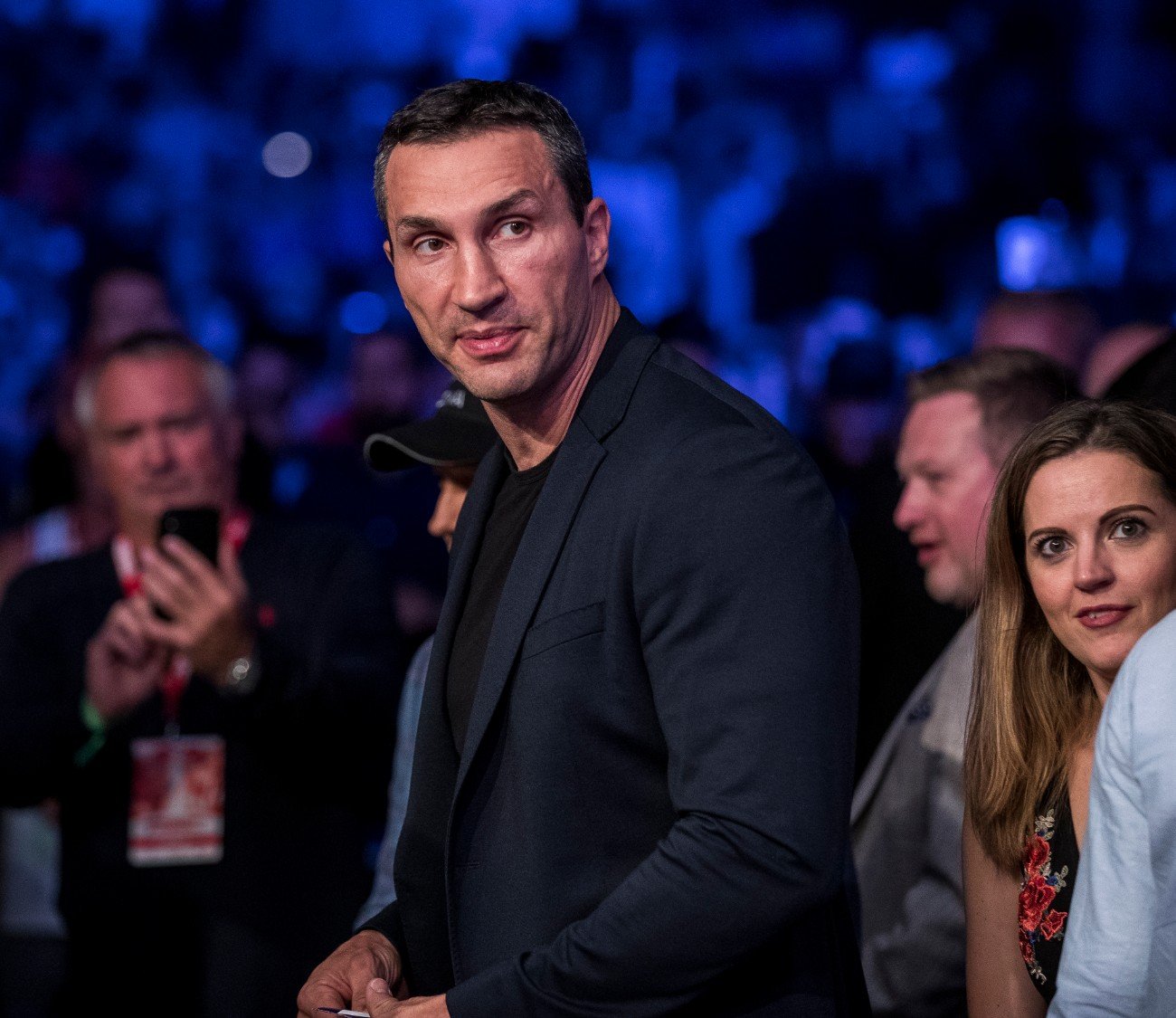 Even now, Wladimir is still capable of winning despite his age and the fact that he mostly wasted the last three years of his career by fighting seldom.

Before Wladimir’s loss to Joshua, he has fought just once in the last three years in losing a 12 round decision to Tyson Fury in 2015. That was a winnable fight for Wladimir, but he chose not to throw punches.

“For him helping Usyk, I’m happy with that; I’m cool with that. But he’s not going to help him when he’s inside the ring, is he? With me,” said Chisora to Sky Sports. “He can come to help me too if I ask for it too. I don’t know why he retired. He only lost to Tyson Fury and A.J.”

From a practical standpoint, the 6’6″ Wladimir’s fighting style is NOTHING like that of the burly, Joe Frazier-like Chisora, and it’s hard to see how sparring would help Usyk prepare for him. If you’re going to use Wladimir for sparring, you’d want to wait until you’re scheduled to face a tall opponent like Joshua or Tyson Fury.

Usyk is wasting his time sparring Wladimir to prepare for a fight with Chisora because the two are so different in terms of how they fight. Wladimir won’t come straight at Usyk looking to take his head off with every punch the way that Chisora will.

Klitschko could hurt Usyk in sparring

If Wladimir does spar Usyk like that, he could hurt him if he lands something big. Wladimir has a lot of power in both hands, and he would hurt Usyk. In the 2012 Olympics,

Matchroom Boxing promoter Eddie Hearn isn’t sure when and where the Usyk vs. Chisora fight will be happening. He’d planned on staging the clash in the summer months, but the pandemic has gotten in the way of those plans.

What Hearn is thinking now is to take the Usyk-Chisora fight outside of the U.K., and he sees several places that could stage the clash.

As the WBO mandatory challenger to Joshua, the 33-year-old Usyk cannot afford to lose to Chisora. A defeat to Chisora would take away his mandatory status with the World Boxing Organization and put him in a position where he would need to work his way back to title contention. However, Usyk being signed with Matchroom effectively means he’ll get a fight against Joshua whether he earns the shot or not.

As long as Usyk can put together a small handful of wins, he’ll still get a title shot against Joshua even if he loses to Chisora.

Usyk looks too weak and small for a heavyweight

What we’ve learned from watching Usyk’s last to fights against Chazz Witherspoon and Tony Bellew is he’s not cut out to be fighting heavyweights. Bellew-Usyk took place at cruiserweight, but the match showed that Usyk doesn’t possess the pop in his punches, hand speed, size, or temperament to fight at a high level at heavyweight.

While it was nice that Usyk unified the cruiserweight division, he did it against flawed fighters, who wouldn’t be able to cut the mustard at heavyweight.

The fighters Usyk beat to unify the cruiserweight division:

None of those fighters possess the talent to fight at the upper levels of the heavyweight division. You can argue that these guys wouldn’t make even at the bottom fringe level at heavyweight. Otto Wallin is currently ranked #15 with the International Boxing Federation. Does Gassiev, Glowacki, and Briedis beat him?

That’s highly doubtful. So what we’re talking about here is Usyk is a fighter that is still unproven, and he didn’t look good at all in his heavyweight debut against Witherspoon last October. The flabby-looking 38-year-old Witherspoon landed a lot of shots on Usyk and marked up his face before being taken out in the seventh round in their clash in October 2019 in Chicago.

Hearn wants to stage Usyk-Chisora outside of U.K.

“There are many countries right now saying: ‘We want to bring the major sport back and show the world that we’re open to business,'” said Hearn to Sky Sports on the Usyk vs. Chisora fight.  “That might apply to a fight like Usyk vs. Chisora.”

It’s unclear how much money that can be made from a site fee and gate in staging the Usyk vs. Chisora fight outside of the U.K. There are some fights where it makes sense to take it outside of the country if its the only way for them to clash in front of a live audience to bring in more money.

Those are with the bigger names like Joshua and Tyson Fury.  It’s a different situation with Chisora and Usyk, though, as neither of them is hugely popular.

Usyk has a large fan base in his native Ukraine, but not in the U.K. or the U.S. His fighting style is more of a finesse-level type, and he hasn’t been able to win over a lot of fans fighting like that.

In Usyk’s matches in the United States against Thabiso Mchunu and Michael Hunter, he was booed for his safety-first style of fighting. The fans wanted Usyk to mix it up, but instead, he was running around the ring looking to avoid getting hit.