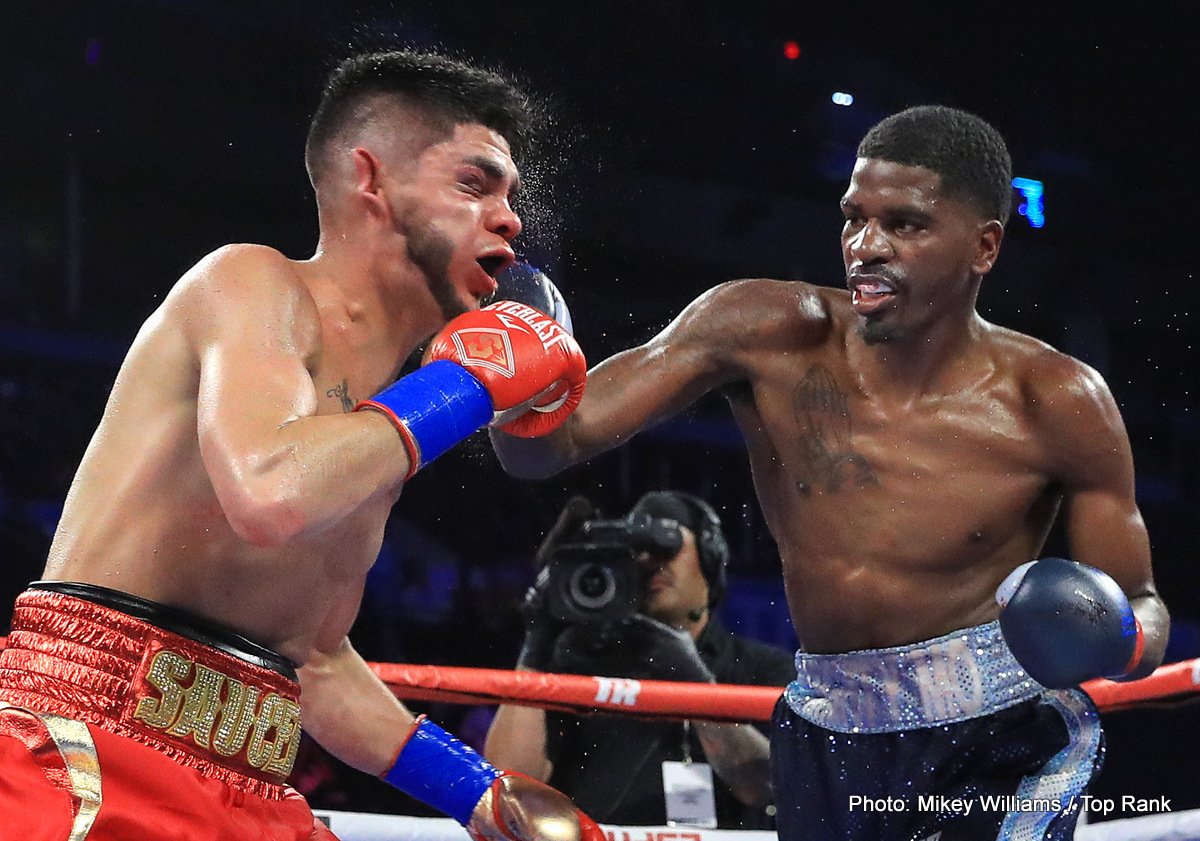 By Chris Williams: Former light welterweight challenger Alex Saucedo will be facing Sonny Fredrickson in a 10 round headliner fight next month on June 30 in Las Vegas, Nevada. The location of the battle still needs to be decided, according to ESPN.

It’s a questionable move on Top Rank’s part to have Saucedo vs. Fredrickson as the main event, given that both fighters were recently beaten. At this point, you can argue that Saucedo hasn’t done enough to deserve to be a headline attraction unless this is a race to the bottom.

Saucedo in another confidence booster

While this is far from a great fight, it’s a necessary evil for the recently knocked out Saucedo because it would be a mistake for his promoters at Top Rank to match him against a good fighter. Saucedo is struggling right now, and it’s unclear whether his career is going to pan out.

This is another confidence booster/tune-up level fight for the 25-year-old Saucedo (29-1, 19 KOs), whose stock has plummeted since his seventh-round knockout loss to former WBO 140-pound champion Maurice Hooker on November 16, 2018, in Oklahoma City, Oklahoma. What made that loss so much worse for the 5’10” Saucedo is the fact that he was whipped in front of his own fans in Oklahoma.

After 12 months out of the ring, Saucedo returned to action last November and stopped the light-hitting 37-year-old Rod Salka (24-6, 4 KOs) in the first round in Carson, California. It’s unclear what Saucedo’s promoters hoped to accomplish in matching him against Salka, who was coming off of a loss to Francisco Vargas a year and a half earlier.

Saucedo and Fredrickson (21-2, 14 KOs) were supposed to fight last month on April 25 on the undercard of the bantamweight clash between champions Naoya Inoue and John Riel Casimero, but the pandemic wiped out those plans. 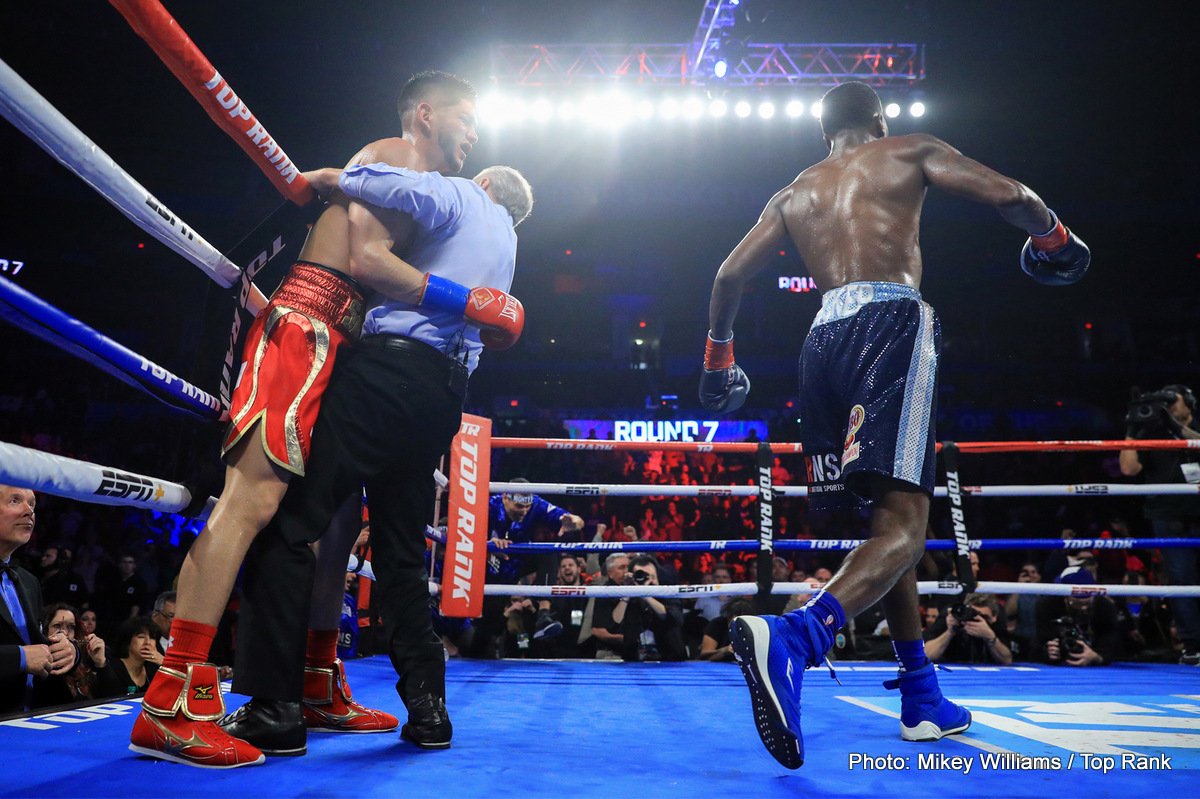 Fredrickson, 25, is coming off of a 10 round majority decision loss to Samuel Teah (17-3-1, 7 KOs) on November 14. As you can tell, Fredrickson isn’t exactly a world-beater, is he? The fact that Top Rank is STILL matching Saucedo softly a year a half after his knockout loss to Hooker speaks volumes. It suggests that there are some very, very serious worries that they have about his future.

Even before Hooker exposed Saucedo in 2018, one could tell he was going to have issues in the future.

In looking at how Saucedo took a lot of punishment in his fights against Leonardo Zappavigna and Abner Lopez, the writing was on the wall that he was going to lose when he stepped it up against decent quality opponents.

Hooker is a good fighter, but he’s far, far below the talented guys at 140 like Regis Prograis, Josh Taylor, and Jose Ramirez.

Top Rank needs to decide what the end game is for them with Saucedo. Do they stick it out with him until the bitter end, or do they cut their losses, and move on and look for guys that have a future.  Saucedo can be useful as an opponent, but it’s hard to see him going anywhere in the future with the way he soaks up punishment.