Teofimo Lopez: ‘Vasily Lomachenko has never fought anyone like me’

By Chris Williams: Teofimo Lopez isn’t worried about the experience advance that pound-for-pound fighter Vasiliy Lomachenko has over him. Lopez (15-0, 12 KOs) notes that the fighters that Lomachenko (14-1, 10 KOs) has built his professional record on weren’t in the same league as him talent-wise, and so it doesn’t matter what he’s done.

Loma is an old lion now at 32, and that’s not going to change when he returns to the super featherweight division. In lion terms, Lomachenko has lost a few claws and teeth, and now he’s facing the biggest puncher at 135 in Teofimo.

Lomachenko looking ready for the taking

In the last three fights at 135, Lomachenko has looked vulnerable with him struggling to beat Jose Pedraza, Luke Campbell, and Jorge Linares. While Lomachenko’s apologists make excuses for his performances by blaming it on him fighting out of his weight class, the realistic view is he’s getting old.

What happens when Teofimo nails Lomachenko 100 times with substantial right hands? Lomachenko is no longer untouchable in his fights, and he’s going to need to be for him to escape the Teofimo battle with a victory.

Teofimo is ready to unseat the old lion Lomachenko, and take his position on the throne as the #1 fighter at 135 before he makes his move up to 140.

WBA/WBC [F]/WBO lightweight champion Lomachenko and IBF champ Teofimo still need to reschedule their unification bout. They were supposed to be battling on May 30 at Madison Square Garden in New York, but the contest has been postponed.

It’s still too early to know when Teofimo and Lomachenko will meet up, but it’s possible that it could be later this year. If Top Rank takes the fight behind closed doors, it can happen much sooner in the summer months. It’s doubtful they’ll want to give up the considerable gate the Lomachenko vs. Lopez fight would bring in. 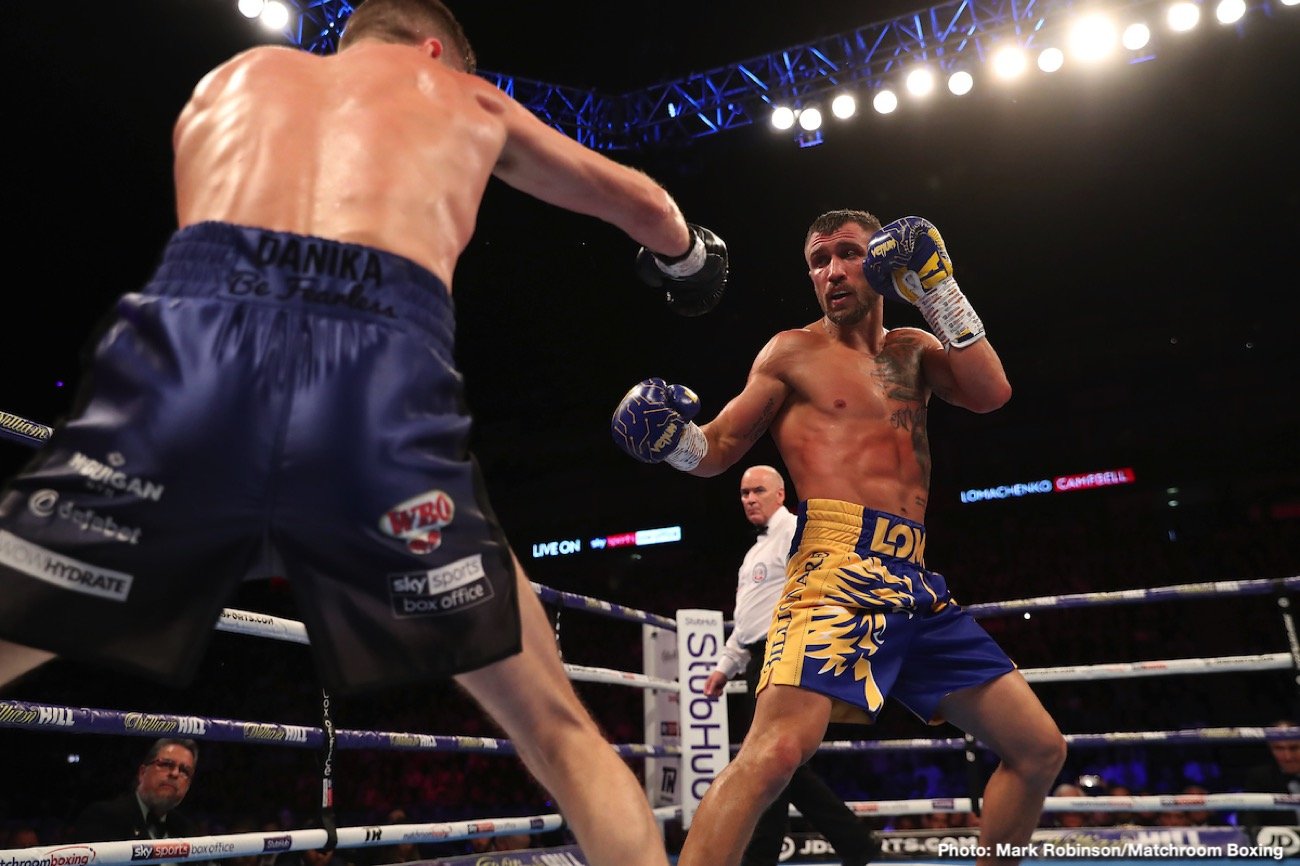 Teofimo: Lomachenko’s opposition are scared of him

“Everyone is talking about that fight,” said Lopez to ESPN. “These guys are scared of Lomachenko before they even get into the ring. They see his footwork, and they’re already shook. And they just took the fight for a paycheck,” Teofimo said about the past opposition for Vasiliy. ”

“They see danger [in Teofimo],” said Lopez. “It’s shown that I can punch, I’m quick, I can catch and shoot. I do all these things. It’s not just the power and the speed. It’s the intelligence that I have in that ring,” said Teofimo.

Lopez is dead-on correct about his opinion that Lomachenko’s opponents were looking scared before they enter the ring. They appear afraid and fight below the level that they were capable of doing against him. The lack of self-confidence of the guys that Lomachenko has been fighting has led to him winning fights that could have been a lot closer.

Lopez’s win over IBF lightweight champion Richard Commey last December sent a shot across the bow of Lomachenko’s ship. That win for Lopez was attention-getter to let Lomachenko know what’s in store for him in the future.

Lomachenko hasn’t fought a tough opponent with talent since his loss to Orlando Salido in 2014. We heard the excuses from Lomachenko’s loyal boxing fans for why he lost that fight.

They blame it on Salido hitting him with an occasional low blow, and the fact that he was a little more substantial. You can already predict that’s going to be said by Lomachenko’s fans if he loses to Teofimo. They’ll say Teofimo had a weight advantage, and that he landed low blows. Instead of facing the truth, that Lomachenko is getting old and can’t handle body shots, his fans will blame his defeat on other things.

“There’s no one else that Loma has fought that is like me. Name one. I don’t even need a Lomachenko fight to be the best at what I do. But we want this fight. I want to be the best at it [in 135-lb division] before I got to 140,” said Teofimo.

Lomachenko hasn’t fought anyone like Teofimo, aside from Salido. The best fighters that Lomachenko has competed as a pro have been more boxer/punchers with moderate power.

These are the best fighters Lomachenko has fought in the pro ranks:

Walters had power, but he competed at featherweight, and a lot smaller than Teofimo. When Walters would load up on his shots, he could generate a lot of power on his punches. However, Walters looked ring rusty against Lomachenko, and he got frustrated early at his inability to land his punches. Had Walters stayed calm and focused on looking for that one shot, he could have won the fight. Walters wasn’t mentally prepared for Lomachenko’s style that night.

Is Teofimo ready for Lomachenko?

“I want to see him move forward with his career, but I’m not sure he’s ready yet,” said Tim Bradley about his belief that Teofimo lacks the experience to fight Lomachenko.

“No, I respect you, Lopez, I do. I love the passion, and I love the competitiveness. You want what Loma has right now, and that’s the throne. I get it. But I just feel you should take your time, man,” Bradley said to Teofimo.

You can say for sure that Teoimo is ready for Lomachenko, and he possesses the tools to beat him. You’d still have to favor Lomachenko if the fight goes 12 rounds, though, as he’s the better boxer of the two.

Lomachenko will be looking to win a decision, and the judges will very likely be giving him the majority of the rounds. With Lomachenko’s amateur point-scoring style of fighting, he knows how to put rounds in the bank.

That’s why Lopez needs to be looking to take him out with a big shot the same way he did with his 2nd round knockout win over Commey. You don’t want to box a boxer. If Teofimo tries to beat Lomachenko by boxing him, he’ll lose for sure. 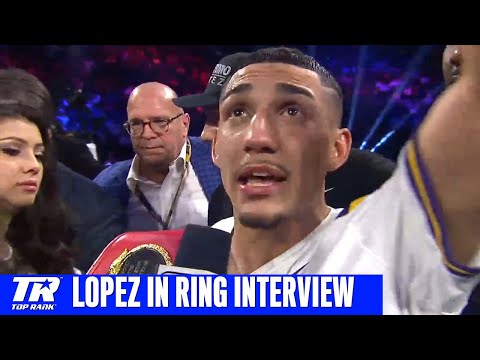 Lomachenko: Teofimo making a mistake if he tries to Bully him »