By Jim Maltsman: Sergio ‘Maravilla’ Martinez is planning on coming out of his six-year retirement to resume his career. The 45-year-old former two-division world champion Martinez (51-3-2, 28 KOs) will be taking a tune-up before facing Spanish fighter Kerman Lejarraga (30-2, 24 KOs) in December or January.

Whether Martinez gets his warmup fight or not is hard to predict, but he needs one.  There is no boxing right now, and it’s unknown long it’ll be before the sport resumes.

For Martinez to get his tune-up fight, he’ll need cooperation from wherever he plans on fighting next. If that’s Spain where he lives, then so be it.

“I think it would be a good fight,” said Martinez about a fight against Lejarraga. “He is a good boxer, he looks very strong. It is a fight that would make me excited. It would be a duel of very different styles. I would like it a lot, it strikes me, and sometimes I even give it more spin than you can imagine,” said Martinez on Instagram.

Martinez isn’t saying what the end game is for him. Surely, he can’t be coming back just to fight Lejarraga and then return to retirement.  Lejarraga was twice knocked out by David Avanesyan in 2019.

For Martinez to make big money, he needs a fight against someone like Canelo Alvarez. Getting a match with Canelo won’t be easy unless Martinez beats a top-level middleweight contender

Martinez lost his last battle to Miguel Cotto by a 10th round stoppage on June 7, 2014. It was a miracle that Martinez made it to the 10th round, as he came into the fight with a right-knee problem that he had since his win over Julio Cesar Chavez Jr. in 2012.

Martinez’s surgically repaired knee looked unstable and weak throughout the fight. He fought like he was on a skateboard, and he had no chance against Cotto. In the first round, Cotto dropped Martinez three times.

If Martinez’s knee strength hasn’t improved since the Cotto fight, then he’ll be at risk of losing no matter who he faces. Martinez’s entire game was built around his mobility. If you take that away, he’s a lot less productive.

“It would be interesting to see him back. Martinez is one of the greats out there, and he was always very talented,” said Golden Boy Promotions CEO Oscar De La Hoya to The Ring Digital about Sergio Martinez potentially staging a comeback.

“We’ll have to see how he looks after his long layoff. It’s not impossible, but it’ll be another name in the bag if he does come back with flying colors and proves himself once again. I think it’ll be fun,” said De La Hoya.

The part where De La Hoya said if Martinez “proves himself once again” means that he expects him to beat good contenders at 160 for him to have a shot at Canelo.

For Martinez to prove himself worthy for a Canelo fight, he would need to beat these type of fighters:

With all the time that Martinez has been out of the ring, he might not be able to beat any of those fighters. 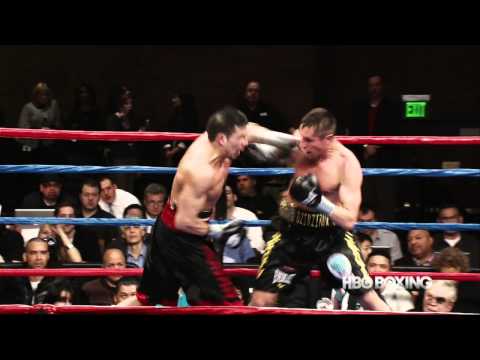